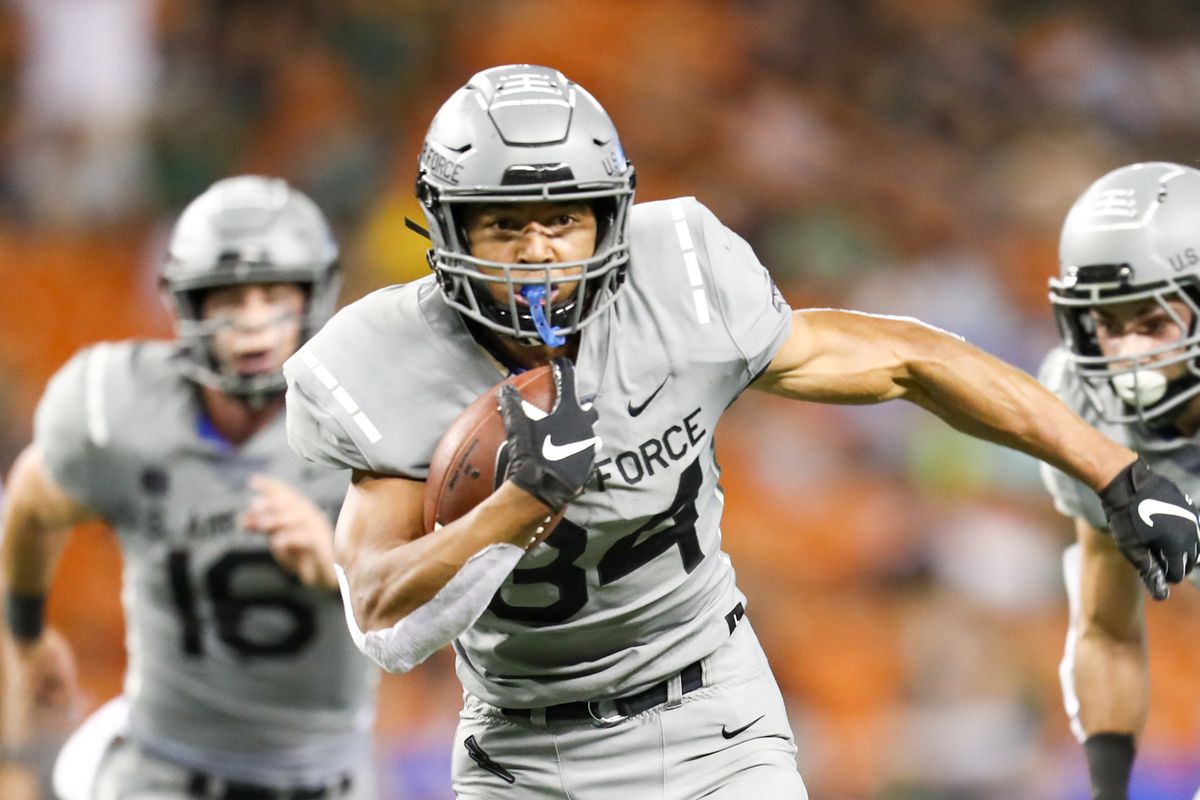 This Week in Sports Talk (TWIST) is our weekly roundup of top headlines from the past seven days in the world of sports, plus a preview of what’s up next. Heading into the week of October 4, 2020, here’s the top sports news, with a twist. Skim it, and you’ll be good to go all week.

In case anyone has forgotten that we are living in a new world, today’s London Marathon is still on. But with some changes. Lots of athletes will run it — just not together. The New York Times reports that instead, runners scattered across Britain and more than 100 other countries will run 26.2 miles at a time that works for them wherever they happen to be. Only elite runners are on the actual course in London (at a socially safe distance, of course).

1. LA takes an early lead in the NBA Finals

The NBA Bubble has held, and now it’s down to the finals in the NBA. The LA Lakers – with their superstar due LeBron James and Anthony Davis – are heavily favored to win the series against the Miami Heat. As of this posting, the series stands at 2-0. Game 3 is tonight.

The LA Lakers Anthony Davis in Game 2 of the 2020 NBA Finals. Courtesy Photo.

The Lakers dominated in Game 1, 116-98, and won Game 2, 124-114. The Heat are dealing with injuries to two starters: Goran Dragic and Bam Adebayo. Dragic suffered a torn plantar fascia in his left foot while Adebayo strained his neck in Game 1.

In other NBA news, less than 4 days after being fired by the LA Clippers, Doc Rivers agreed to become the next head coach of the Philadelphia 76ers.

And  there’s a bit of drama brewing in Brooklyn. In an interview this week, Kyrie Irving said he doesn’t think the Nets have a “head coach,” which may come as a surprise to the recently hired Steve Nash. HIs point? With Kevin Durant and Irving on the hardwood, there’s very little coach can influence (see the LA Lakers if you need further proof).

MLB news rolled in fast and furious this week with a flurry of best-of-three Wild Card series results.

In the National League, the LA Dodgers swept the Milwaukee Brewers. And Clayton Kershaw tied his postseason career-high with eight innings pitched and a new personal record of 13 strikeouts.

The Dodgers will play the San Diego Padres, who defeated St. Louis in the Wild Card.

The Atlanta Braves shut out the Cincinnati Reds 1-0 in a 13-inning Game 1, and wrapped it up with a 5-0 victory in Game 2 on Thursday. It’s the first postseason series win for Atlanta since 2001. The Braves will next meet the the Miami Marlins, who swept the Chicago Cubs to reach the NLDS.

The Marlins won their first playoff series in 17 years. Led by manager Don Mattingly and CEO Derek Jeter, they remain unbeaten in all seven postseason series in which they have played as a franchise.

The New York Yankees, Tampa Bay Rays and Houston Astros all swept their respective opponents. Fun fact 1: the Yankees beat Cleveland, 10-9. in a game lasting four hours and 50 minutes – the longest nine-inning game in baseball history. Fun fact 2: When he won the batting title this year, the Yankees’ DJ LeMahieu became the first player ever to win the highest batting average in both the National League and in the American League.

So in American League Division Series (ALDS), the Yankees will face the Rays and the Astros play the A’s.

The Minnesota Twins were swept out the playoffs and have now lost 18 straight postseason games.

From here on in, MLB teams will go from playing in their home parks to various “bubble” locations. MLB will allow fans to attend the 2020 World Series and NLCS at Globe Life Field in Arlington, Texas. About 11,500 fans will be allowed into the park for games and there will be four-person “pods” in the stands. Those fans will have to wear masks and practice social distancing rules during the game.

Say it aint’ so! Our Sports Desk reports that AJ Hinch and Alex Cora, both of whom lost their jobs as punishment for the Houston Astros sign-stealing scandal, are on the list of candidates to become the new Manager of the Detroit Tigers.

Hall of Fame St. Louis pitcher and one of the greatest pitchers of all time, Bob Gibson passed away this week. After one of his dominant seasons, the league actually lowered the pitching mound a couple of  inches to help level the playing field for the batters. That’s how good he was.

The NFL got through the first three weeks of the season largely unscathed by coronavirus while using a structure similar to MLB – no “bubble” like the NBA, but instead relying on frequent testing and adherence to other public health recommendations.

This week, sadly, that story changed.

New England quarterback Cam Newton and the practice squad quarterback for the Kansas City have reportedly tested positive for the coronavirus, resulting in the postponement of the highly anticipated game today between the Patriots and the Chiefs. It will now take place on Monday as a “double-header” Monday Night Football broadcast.

14 members of the Tennessee Titans organization, including seven players, have tested positive for COVID-19. The Titans game against the Pittsburgh Steelers has been postponed until Week 7. Now the question is whether this will affect Tennessee’s scheduled game against Buffalo in Week 5.

The only thing you really need to know about Week 3 is the following:

On Sunday, the Chicago Bears scored a comeback win over the Atlanta Falcons. Atlanta now has the dubious distinction of being the first team to lose two games in the same season after being up 14 points or more. Ouch!

Meanwhile, the Seattle Seahawks beat the Dallas Cowboys, and Russell Wilson is already being talked about as the MVP. Aaron Rodgers is also on fire, leading the Green Bay Packers to a victory over the New Orleans Saints.

In Monday Night’s marquee match-up, Patrick Mahomes and the Chiefs rolled to a 34-20 win against Lamar Jackson’s Ravens. Mahomes is now the fastest quarterback to reach 10,000 yards passing for a career, in only 34 games.

At the end of week 3, that anguished moan you hear is New York football fans. Both the Jets and the Giants have played particularly poorly so far – our Sports Desk says that most would vote them the two worst teams in the league.  As New Yorkers, we have no standing in the NBA or the NFL – so Yankees, it is all riding on you.

We have serious Tampa Bay envy in Gotham. Tampa Bay’s Lightning won the NHL Stanley Cup. The Tampa Bay Rays are the number one seed in the MLB American League, and the NFL’s Buccaneers are in first place in the NFC South. Seriously??? Tampa Bay could get the hat-trick in professional sports in 2020. The last city to do that? Boston. During the era when one Tom Brady played for the Pats. He’s now in Tampa Bay. Hmm . . .

Thursday Night Football saw the New York Jets fall to 0-4 when they lost to the Denver Broncos, 28-37. Denver’s quarterback Brett Rypien got a win in his first career start.

The game was a bit of a hot mess. And in an odd side note, Broncos coach Vic Fangio didn’t stick around for the traditional post-game handshake with Jets coach Adam Gase. No, not because of COVID-19 concerns. He did it because he wanted to prevent a “confrontation” with the team. Huh?

Meanwhile, as fans call for Gase’s dismissal, the Jets organization is standing by him. Cries of “Tanking for Trevor Lawrence” are already being heard across the land.

The “big games” for the remainder of Week 4 are the Browns at the Cowboys; the Saints at the Lions; and the 3-0 Bills at the Raiders. The key question there? Are the Bills and their quarterback Josh Allen the Real Deal?

The Big 10 and Pac 12 don’t take the field until this end of this month, but the three other Power 5 conferences are in action. This week is notable for the number of lopsided victories.

Georgia running back Zamir White scores a touchdown during the first half against Auburn. AP Photo/Brynn Anderson.

The only exception? In a close game, the TCU Horned Frogs beat the Texas Longhorns, 33-31. You gotta watch those frogs – they can be really slippery.

The Tampa Bay Lightning are this year’s Stanley Cup Champions, their second franchise win. The Lightning beat the Stars, 2-0, in Game 6, winning the series 4-2.

Henrik Lundqvist’s tenure with the New York Rangers came to an end this week as the team officially bought out the final year of his contract.

8. Serena Williams is out at the French Open

Serena Williams was forced to withdraw from the French Open at Roland Garros this week with a hamstring injury. She announced that she won’t be playing for the remainder of 2020. Also on the women’s side, Victoria Azarenka lost in the second round. On the women’s side, 5 of the top 10 ranked women are now gone. And as of this posting, only 2 American women – Danielle Collins and Sophia Kenin – remain in the draw.

Going into the fourth round of 16, Novak Djokovic and Rafael Nadal are still in it; they will not meet until the Final if they both make it that far.

This weekend saw the last leg of the Triple Crown. In an upset, Swiss Skydiver crossed the line first in the 145th Preakness Stakes, beating the favorite, Authentic.

She’s the sixth filly to win the Preakness. You go, girl!

10. This kid will definitely get good tickets to the game

This week in sports talk: Patrick Mahomes is going to be a father. Photo Credit: Getty Images.

That’s it. You’re good to go with the top headlines and coming attractions heading into the week of October 4, 2020. Team Dandelion is holding its own in our friendly football pool – although we made the rookie mistake of actually betting for the Jets on Thursday. Ugh. Wish us luck this week! Stay safe and healthy, dear reader. See you next week.