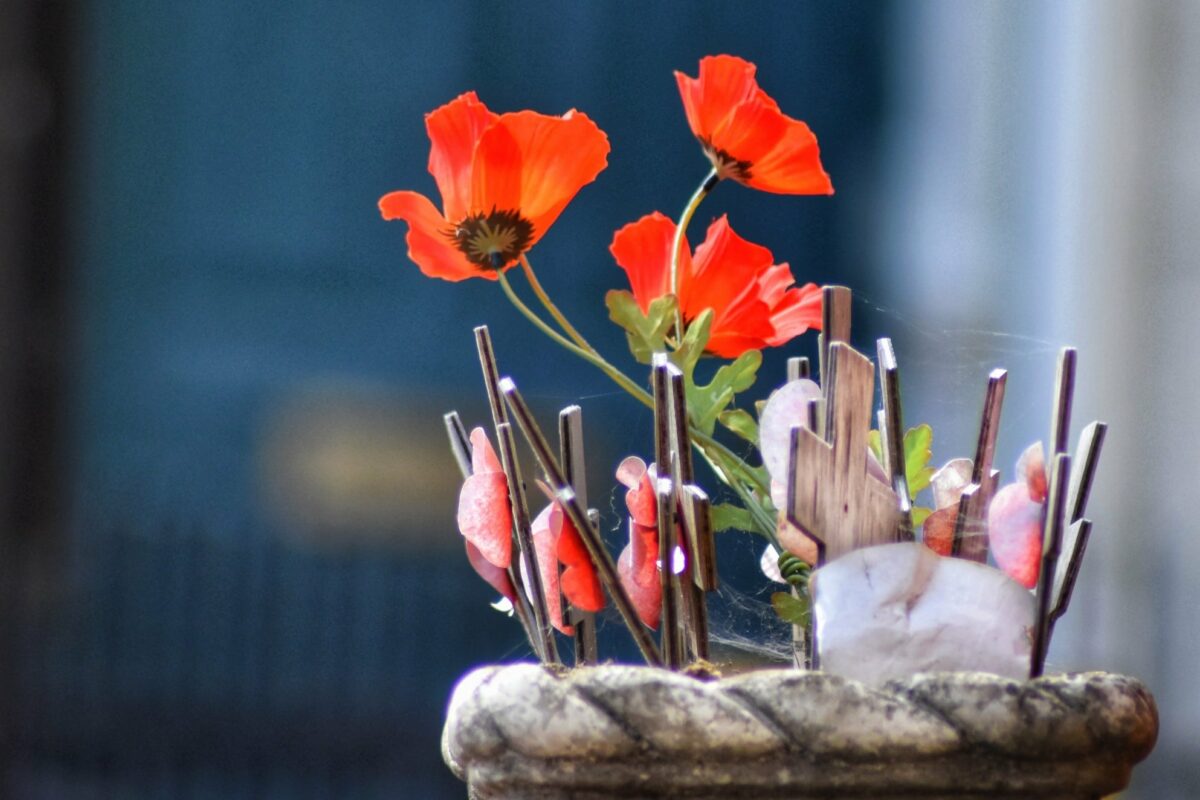 As Veteran’s Day – or Armistice, Remembrance or Poppy Day – approaches on November 11, it can sometimes be difficult to slow down and take the time to honor the spirit of the day. It’s in the middle of the long stretch of the holiday season, with plans to make, errands to run and shopping to do. Generally not a time of the year that’s conductive to reflection and remembrance of loss. And yet. Making the time to do so honors not just those lost to war – it reminds us of the heavy burden being borne by some of our fellow citizens each and every day, right now. How can we make space for a sober tribute – no matter how quiet and private – on Veteran’s Day this year? We can visit a memorial or a museum.  We can read a poem or a book. Or we can watch an iconic film. Our resident cineaste Abbie Martin Greenbaum has curated a list of the 1o best war movies to watch on Veteran’s Day – perhaps you’ll be inspired to have a personal film festival of remembrance this year.

War is a difficult reality for many of us to grapple with, especially if we haven’t experienced it firsthand. It can feel impossible to comprehend the kind of bravery required, and the kind of trauma endured, by both the soldiers and the civilians caught in war’s tide.

The best, most iconic movies made in the spirit of Veteran’s or Armistice Day.

But as always, art is here to bridge a little bit of that gap. Though of course they cannot substitute for real, lived experiences, stories open windows into another person’s journey, and allow us to add layers onto our own perception of the world around us.

Here are ten of the best movies ever made about war, soldiers, civilians and the agonies of combat. We have included both narrative features and documentaries, with the idea that each of these films adds something different to our perspective and helps us to see this Veterans Day in a new way.

the 10 best movies in the spirit of Veteran’s Day

In a year that has seen a dearth of quality new films, Spike Lee’s Da 5 Bloods has stood out as one of 2020’s absolute best so far. This Netflix original tells the story of five Black Americans who fought in the 1st Infantry Division during the Vietnam War – only the majority of the film takes place years later, when the surviving men return to collect their hidden gold.

What to watch in honor of the spirit of Veteran’s Day: Da 5 Bloods. Courtesy Photo.

By setting the film in the present day, Lee highlights how utterly present and relevant the war still is to these men, decades later, and asks us to reconsider what it can mean to be a “war movie.”

Like Da 5 Bloods, 1917 is a movie that takes the sweeping and the historical, and manages to spin it into something small and personal. In spite of its grisly subject matter, the 2020 Golden Globe winner is absurdly watchable, turning the events of World War I into a simple story about two soldiers – and friends – trying to execute a simple task: deliver a message from one place to another.

What to watch in honor of the spirit of Veteran’s Day: 1917. Courtesy Photo.

In making its stakes so specific, 1917 turns this distant event into something present-tense, that viewers are able to find relatable.

At the other end of the spectrum, there are movies like Dunkirk. Nobody makes dynamic action pictures like Christopher Nolan, and the 2017 Oscar-nominated film may be one of his best.

What to watch in honor of the spirit of Veteran’s Day: Dunkirk. Courtesy Photo.

It checks all the boxes you might expect from a war film – grand in scale, breathlessly tense, epically shot – and delivers an unforgettable, no-breaks story about the evacuation of men from the beaches of Dunkirk.

While the task of many war films is to recreate a moment from history in a way that feels accessible, Kathryn Bigelow’s 2012 film faces a different set of challenges. After all, the story it tells is not one that happened a hundred years ago, but one that is much more recent: the United States’ search for Osama Bin Laden.

What to watch in honor of Veteran’s Day: Zero Dark Thirty. Courtesy Photo.

The movie found its fair share of controversy – partially because of the way it fictionalized such recent realevents  – but the existential questions it poses are certainly still worth a consideration.

5. They Shall Not Grow Old

Though of course there are things narrative features can do that documentaries simply can’t, the reverse is also true. And when discussing a true subject matter, there is an inherently unique value in examining real footage.

The best war movies in honor of Veteran’s Day: They Shall Not Grow Old. Courtesy Photo.

Lord of the Rings’ Peter Jackson directed this remarkable 2018 documentary in honor of the World War I centennial. It includes never before seen footage compiled from the archives at the Imperial War Museum, as well as interviews with several hundred surviving veterans. By presenting the viewer with these real accounts and images, it creates a close-to-immersive experience that no fictionalized account could ever match.

They Shall Not Grow Old was compiled, of course, a hundred years after the fact. But what about a documentary that was made in real time, in the midst of war? In For Sama, director Waad al-Kateab presents what is essentially a masterful video diary, accounting the course of her life as conflict erupts all over Aleppo, Syria.

The best war movies in honor of Veteran’s Day: For Sama. Courtesy Photo.

You will watch the way the two narratives  – her personal story, including the birth of her daughter Sama, and the national crisis –  become inseparable as time rolls forward. Technology has given us the unprecedented ability to preserve devastating events as they occur, before we even know their outcomes, and the incredible For Sama may be the first film of its kind.

Chances are, you watched Hamilton when it was added to Disney+ in July. But if for some reason you missed out, we highly recommend taking this moment to catch up on Lin-Manuel Miranda’s world-stopping musical.

Though it cannot completely substitute for a front row seat, the filmed version possesses nearly all of the power of the stage show, and Miranda’s words might just turn you into a musical theater fan if you aren’t one already. Consider this for your Armistice Day watch.

One of the greatest films about war ever made also happens to be a Shakespeare adaptation. Only a director like Akira Kurosawa could pull off such a thing, in his 1985 wartime adaptation of King Lear.

Set in 16th century Japan, this is Lear as you’ve never seen it before: in vibrant colors, against the backdrop of battle. Not only is Ran as exceptional a film as you would expect from Kurosawa, but it also asks the viewer the central questions at the heart of every war film. This is a must-see.

The 13 most beautiful cemeteries in the world

Two veterans return home to the American South after fighting in World War II. There they struggle to process their experiences in combat, but also struggle to return to the world of racism and poverty that they had thought they left behind.

What to watch in honor of the true spirit of Veteran’s Day: Mudbound. Courtesy Photo.

Dee Rees’s Oscar-nominated film is gruesome and devastating at every turn, but serves to remind the viewer that the scope of war reaches beyond those who fight it, and that there are still other horrors waiting for soldiers, even after battle ends.

What happens when a whimsical, romantic film is interrupted by the Holocaust?  That is the question asked by Roberto Benigni’s Life is Beautiful, a film whose terms of joy and wonder, established in the film’s first half, get pushed to their absolute limit in the film’s second half, when its characters are taken to a concentration camp.

The best war movies in honor of the spirit of Veteran’s Day: Life is Beautiful. Courtesy Photo.

The movie’s lighthearted, gentle tone contributes all the more to its ultimate heartbreak, in this story about a man who will do anything to preserve his child’s innocence.

what are the best movies to watch to honor the spirit of Veteran’s Day?

Those are our picks for the 1o best war movies to watch to honor the spirit of Veteran’s Day. Perhaps you’ll be inspired to have a personal film festival of remembrance this year, as way to reflect. On what is actually worth fighting for. Stay safe and strong out there, dear reader. Happy Veteran’s Day.