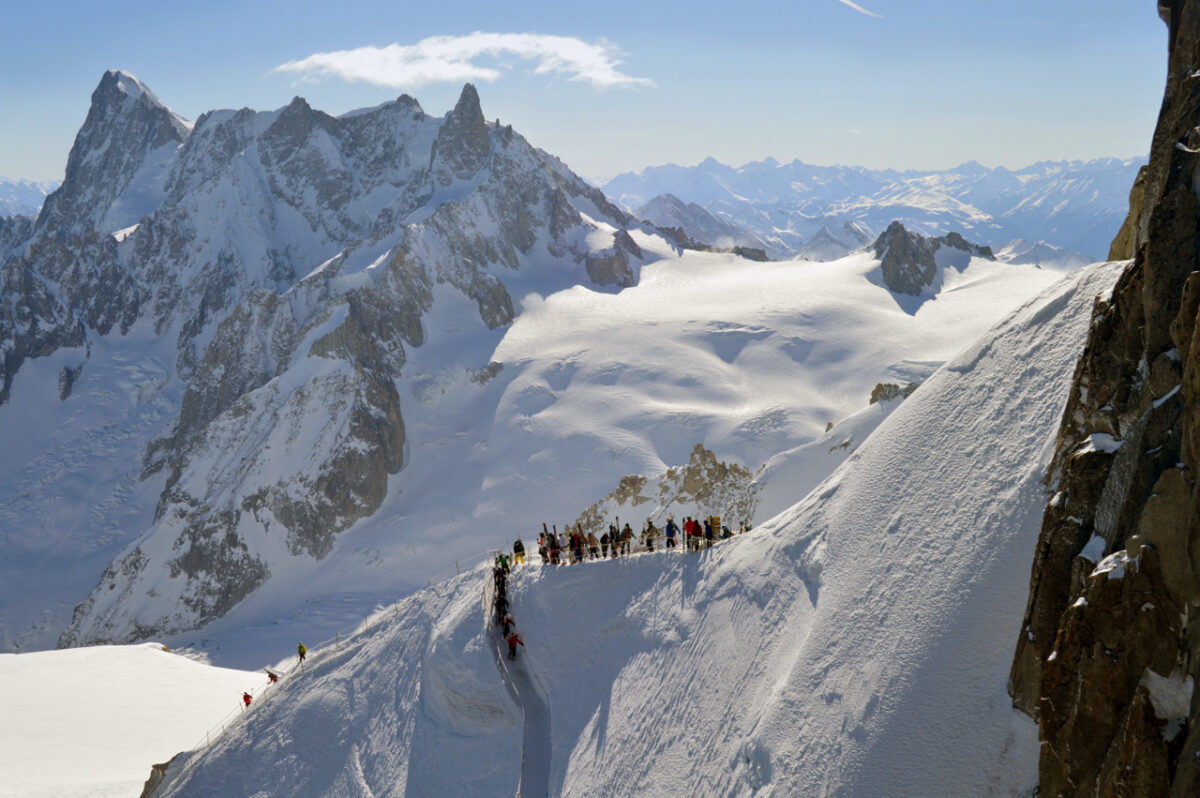 Our Luxury Calendar provides a comprehensive overview of the top events unfolding around the world every month. Some are micro-luxuries (like a really good book) and others are on a grand, epic scale. Personally, if schedules and money were no object, and we could do anything we’d like, here are our top picks for the best luxury events and experiences in the world in December 2020. Consider it your luxury calendar of the can’t-miss events in fashion, art, music, sports, travel and culinary arts in December 2020.

luxury calendar: how to have a brilliant December

It’s the most wonderful time of the year.  And despite this December looking a little different than previous years, there’s still plenty of sparkle and music everywhere.

Our luxury calendar of the best events in the world of fashion, culture the arts and more in December 2020.

And if it’s tradition that you seek, you will find no shortage of that either.  From enduring holiday traditions like George Balanchine’s The Nutcracker, the arrival of the annual Christmas day blockbusters and the traditional Bowl Games, the world light will nonetheless light up this December.

the best events in the world of luxury in December

It’s hard to narrow the list down to just the top 25 picks in the world of luxury in December 2020, but here goes.

Three days of Olympic caliber skiing will be on display from the best female alpine skiers in the world at the Audi FIS Ski World Cup in St. Moritz, Switzerland – Dec 5 – 6

In the second year of a multi-part collaboration, The Studio Museum in Harlem will present its annual Artist-in-Residence exhibition at MoMA PS1.  This Longing Vessel will feature new work by artists E. Jane, Naudline Pierre and Elliot Reed – Dec 10 – Mar 14

The inside calendar guide to the world of luxury events for December 2020: The Nutcracker. Courtesy Photo.

The Brazilian artist Beatriz Milhazes is best known for her bold, abstract paintings inspired by Brazil’s flora, fauna and carnival celebrations. This month the São Paulo Museum of Art will present Avenida Paulista, a broad selection of paintings and collages produced from the 1990s onward, along with never-before-shown works made in partnership with choreographer Marcia Milhazes – Dec 11 – Mar 23

What are the Best New Books Coming in December 2020

Due to the changes in NCAA scheduling this year, the News Years Six has been transformed into a Bowl Season, with games taking place throughout December and January.  Must watch games this month include The Military Bowl (Dec 28) and The Cotton Bowl (Dec 30) – Dec 19 – Jan 11

The inside calendar guide to the world of luxury events  for December 2020: Bowl Season. Courtesy Photo.

Just as the most recent haute joaillerie collections are hitting the shelves, so is the beautifully illustrated Silvia Furmanovich ($175).  The book provides the first in-depth look at Furmanovich’s extensive oeuvre, highlighting the intricate beauty of her work alongside the worldly wonders and craft traditions that have inspired them – Dec 1

The inside calendar guide to the world of luxury events for December 2020: Silvia Furmanovich. Courtesy Photo.

Still in search of the perfect Christmas gift for him?  Vintage Rolex ($200) celebrates some of the very first Submariners, iconic Daytonas and the jewel-encrusted Crown collections from the legendary brand – Dec 15

The inside calendar guide to the world of luxury events for December 2020: Black Marainey’s Bottom. Courtesy Photo.

The post-apocalyptic Netflix film The Midnight Sky follows Augustine (George Clooney), a lonely scientist in the Arctic, as he races to stop Sully (Felicity Jones) and her fellow astronauts from returning home to Earth, where a mysterious global catastrophe has taken place – Dec 23

The hotly anticipated sequel to 2017’s Wonder Woman, Wonder Woman 1984 will be debut simultaneously on HBO Max and in theaters on Christmas Day – Dec 25

The Perfect Books to Read to Feel the Month of December

Carnegie Hall will present a Global Ode to Joy with artists from around the world for Beethoven’s 250th birthday, focusing on the seminal “Ode to Joy” from his Ninth Symphony.  The virtual performance will feature violinist and president of Beethoven-Haus Bonn Daniel Hope and former US poet laureate Tracy K. Smith, plus performances by Joyce DiDonato with Yannick Nézet-Séguin and the Stay at Home Choir with the Vienna Radio Symphony Orchestra – Dec 3

The American Symphony Orchestra will present United We Play, a short film inspired by the current turbulent times, and the belief that strength comes through adversity featuring pianist and composer Marcus Roberts – Dec 9

The inside calendar guide to the world of luxury events  for December 2020: United We Play. Courtesy Photo.

Young Concert Artists will present the pianist Aristo Sham in a two-part recital filmed in Sweden.  For the first program, Sham will play Book 2 of Debussy’s “Images,” the premiere of Saad Haddad’s “Vignettes” and Brahms’s early, epic Piano Sonata No. 3.  On the second evening he will offer Mozart’s Sonata in D (K. 576) and Carl Vine’s Sonata No. 1 (1990) – Dec 9 and 12

17. one night only: the best of broadway

Tina Fey will host One Night Only: The Best of Broadway on NBC. Celebrating the resilient Broadway community, the two-hour special will benefit Broadway Cares/Equity Fights AIDS.  Cast members from several Broadway productions including Ain’t Too Proud: The Life and Times of The Temptations, Chicago, Jagged Little Pill, Diana: The Musical, Jersey Boys, Mean Girls and Rent will take over the streets of Manhattan with special performances – Dec 10

In lieu of its annual must see in person event Art Basel will present OVR: Miami Beach, featuring 255 galleries accepted to the 2020 edition of the show and accompanied by a program of online events, including talks and gallery walk-throughs – Dec 2 – 6

19. sensing the unseen at the national gallery

This Christmas London’s National Gallery invites guests to step into the rich and somewhat chaotic nativity scene of sixteenth-century Flemish artist Jan Gossaert.  At Sensing the Unseen, you can view Gossaert’s The Adoration of the Kings in 4D through soundscapes, spoken word and hi-resolution digital imagery – Dec 9 – Feb 28

Formula 1 closes out 2020 with the Etihad Airways Abu Dhabi Grand Prix, which takes place over 55 laps of the 5.554-kilometre Yas Marina Circuit on Yas Island – Dec 13

What’s the Best Playlist for the Month of December This Year?

Dubai’s Address Beach Resort is ready to make a splash, quite literally, as it has four swimming pools, including a rooftop infinity pool offering spectacular views over the Arabian Gulf from the 77th floor.  The new hotel is the first beach resort from the brand. They will have serviced apartments, residential apartments, as well as regular hotel rooms

California’s Montage Healdsburg will debut this month on 258 acres with 130 high-end bungalow-style rooms and suites. The resort has partnered with numerous Sonoma Valley vineyards to coordinate private tastings and tours – Dec 12

The inside calendar guide to the world of luxury events for December 2020: Montage Healdsburg. Courtesy Photo.

If you’re a quarantine baker who’s mastered sourdough and is ready for the next challenge, consider Melissa Weller’s A Good Bake: The Art and Science of Making Perfect Pastries, Cakes, Cookies, Pies, and Breads at Home ($40)

Sotheby’s Hong Kong is presenting the third offering of the Scholarly Cellar of Dr. Gordon Ku, a discerning wine lover and gastronome.  His 50 year old collection consists of wines from around the world, from Bordeaux, to Burgundy, Rhone, Champagne, Italy, Spain, the US and Australia – Dec 8

Nothing says the holidays in New York City like the window displays on Fifth Avenue, the Dyker Heights Christmas Lights in Brooklyn, the Winter Village in Bryant Park and the Rockefeller Center Christmas tree.

One of the city’s most enduring holiday traditions, the Rockefeller Center Christmas Tree Lighting is Wednesday, December 2nd.  The 88th edition will be performed during the evening’s NBC televised event.   Dolly Parton, Kelly Clarkson and Gwen Stefani will be performing. You will also see Earth Wind and Fire, The Goo Goo Dolls and Leslie Odom Jr. The cast of Broadway’s Tony-winning musical “Ain’t Too Proud,” along with the Radio City Rockettes are also slated to perform.

In addition to Christmas on the 25th, there are many other holidays and commemorations of note. December 1st is World Aids Day, dedicated to raising awareness of the AIDS pandemic caused by the spread of HIV infection, and mourning those who have died of the disease.

National Day in the United Arab Emirates, on December 2nd, celebrates the union of the original seven emirates in 1971 with fireworks, car rallies and dance shows.

Hanukkah begins on Thursday, December 10th at sundown, and concludes on Friday, December 18th. Boxing Day is celebrated on December 26th in the UK and also in a number of other countries that previously formed part of the British Empire. The African-American celebration of Kwanzaa begins that same day.

And of course there is New Year’s Eve on December 31st. Many will mark the occasion by eating a grape with each of the twelve chimes of a clock’s bell in Spain and Mexico.  France and other French-speaking areas, families will celebrate le Réveillon de la Saint-Sylvestre in France. In London, Big Ben will chime – in New York, a crystal ball will drop. Buddhist temples ring their bells 108 times at midnight to banish bad thoughts and behavior in Japan. In Singapore, “wishing spheres” bear the written wishes of thousands of people.

For each country in its own way, it’s a moment of renewal, rejoicing, redemption and hope. Wherever December takes you, we hope it’s luminous.

what to do to have true luxury experiences in december 2020

That’s it. Our luxury calendar of the best luxury events and true luxury experiences in December 2020. What are you most excited about?