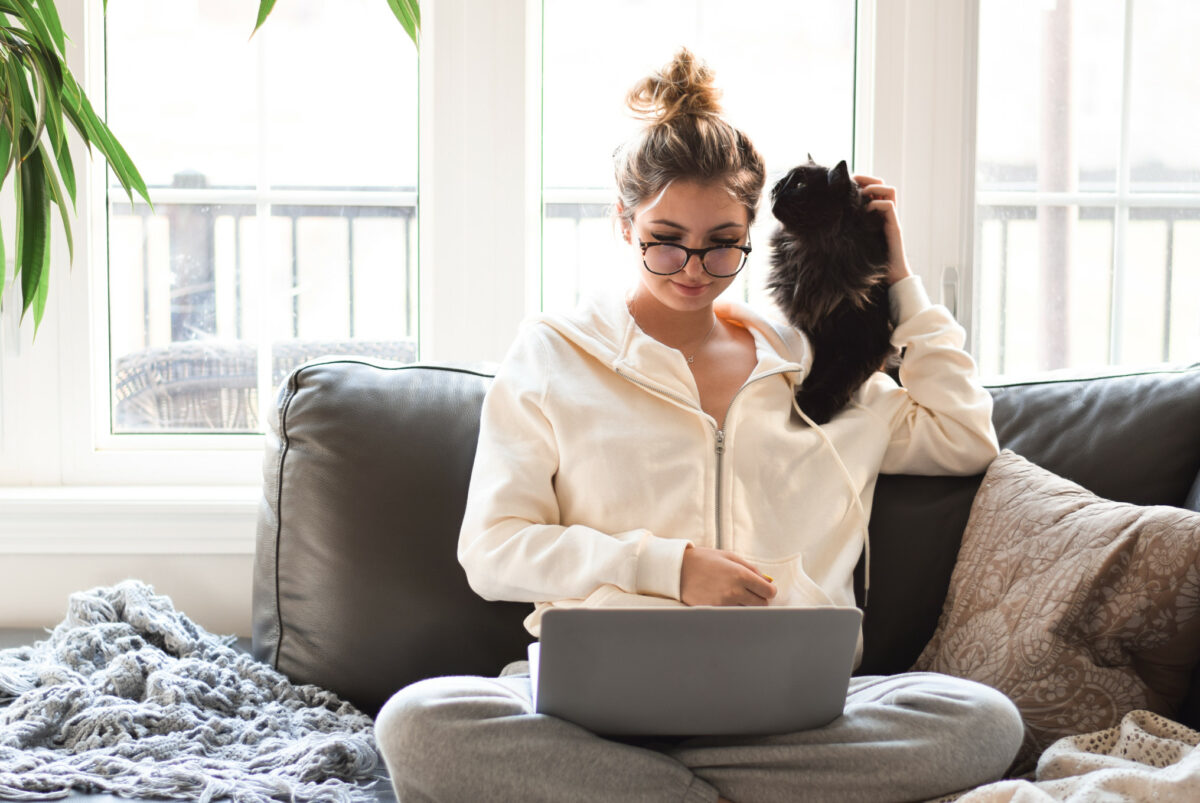 Our correspondent and cinema expert Abbie Martin Greenbaum has curated a list of the 10 best new films and movies to watch from the year 2020.

With theaters closed, festivals going virtual, and release dates changing every other week, it was hard to know what movies were even out in 2020, let alone which ones were worth seeing. And yet, in spite of all the confusion, there were actually more than a few excellent films that did come out, all of which deserve your attention.

So if you missed out on all of the movie buzz this year, we have a list for you. Now, this list is by no means exhaustive. Since many of the reported top movies – including Chloé Zhao’s Nomadland, Lee Isaac Chung’s Minari, and Regina King’s One Night in Miami – aren’t technically out yet, but it does include ten favorites. No matter what else you watch this year, make sure you catch these. Loosely ranked, here are the ten best movies of 2020 so far.

The Ultimate Luxury Gift: The Best for Movie Lovers

Lovers Rock is the movie of the year. It may actually not be a movie, technically speaking – it’s an episode of Steve McQueen’s anthology film series, Small Axe – but that kind of ambiguity seems somehow perfect for a year where everything was different, anyway.

The best 10 films to watch this year for 2020: Lovers Rock. Courtesy Photo.

Maybe it’s all the months of social distance, but every single second of this is absolute perfection: just over an hour, watching as characters’ dynamics weave in and out of a house party in 1980’s London. It’s the kind of movie that makes you wonder why other movies even try, when it manages to capture in so little time, and with so little “plot,” what it’s like to be with other people, and out in the world.

It’s possible Edson Oda’s Nine Days really belongs on a 2021 list, since it’s receiving its wide release next summer. But since it already debuted at several film festivals, we’ve decided to include it, to give you something to look forward to next year.

The premise is beautifully simple, and strange: a man named Will, played by Winston Duke, is interviewing souls for admission to life on earth. If you are able to suspend your disbelief, you will love this cerebral and original film about what it means to be a person.

Vignette-like fragments turn this familiar tale into a brand-new tapestry of adolescence. Milla, a teenage girl with cancer, is in love with an older and troubled young man.

The best 10 films to watch this year for 2020: Babyteeth. Courtesy Photo.

Their unusual relationship takes center stage most of the time, allowing Milla’s illness to almost fade into the background – even as it simultaneously remains the driving force behind each character’s every move.

Our favorite documentary of the year is Time, which won Garrett Bradley the Directing Award at this year’s Sundance. In under ninety minutes, Bradley delivers a complete account of twenty years in the life of Sibil Fox and her family. Through home movie footage, you watch firsthand as her children grow up, and as she fights for her husband’s release from his sixty-year prison sentence.

Capturing the passage of time – and more significantly, the sensation of waiting as it rolls on around you –  is a near-impossible task, and Bradley pulls it off here with devastating impact.

What are the Best New Books Coming in December 2020

If you remember the conversation around Parasite last year (“make sure you go in knowing as little as possible”), the same cautioning applies to Bacurau. In fact, the movies are similar in other respects: both operate on a series of extraordinary twists and turns, and both deliver a brutal social message – though Bacurau’s is about race, not class – wrapped in layers of artful storytelling.

The top 10 movies to watch from 2020: Bacurau Courtesy Photo.

If you think you can stomach what is almost certainly the most absurd, bloody, and violent film of the year, then watch the movie we have not stopped thinking about, even nine months after its release.

6. Sorry We Missed You

Don’t miss the deceptively quiet Sorry We Missed You. Ken Loach directs a film about a struggling family that is so low-key, it feels as if it came from a different planet than most of the others on this list.

The best 10 new films to watch this year for 2020: Sorry We Missed You. Courtesy Photo.

But low-key can be refreshing, and sometimes it’s nice to see a movie that feels more like eavesdropping than it does cinema. Watch for a too-real story about a family  that is barely surviving, both financially and emotionally, as each person’s needs continue to be at odds with one another.

It’s true, Palm Springs is a romantic comedy. However, it’s also so charming and well-made, you will be glad you watched it, even if you typically avoid the genre. It’s a fresh take on the old favorite Groundhog Day concept – someone stuck repeating the same day over and over – but this time it’s multiple people who are stuck, and the day they’re repeating is the day of a wedding.

The top 10 movies to watch from 2020: Palm Springs. Courtesy Photo.

This might just be the signature comedy of the quarantine era, because what could be more perfect than watching people live the same day an infinite number of times?

In what feels like a parable for modern-day, this movie about three outsider children – one of whom can control the weather – asks the question, at what cost do we get our happy ending?

The best 10 films to watch this year for 2020: Weathering With You. Courtesy Photo.

This animated feature will surprise and captivate you until the very end, taking turn after turn that are the exact opposite of what you expect. What seems like it’s going to be a sweet tale of magical realism is actually a much harder to swallow movie about difficult choices and climate change.

What are the Best Insightful Films About Black Lives?

Spike Lee’s 2020 masterpiece tells a story about the friendship between four veterans. They have returned to Vietnam to find the gold they buried during the war.

It does what we wish every movie would do: imbues everything it is trying to say – about PTSD, about the far-reaching impacts of war – into its cast of fully-realized characters, and allows the interactions between them to speak for themselves. It’s a dense film, with a lot to take from every frame, and merits at least one re-watch.

If you watch enough movies, you know that there is something special when you find one that is really and truly not like anything else you’ve ever seen. And that’s The Lobby. Screened through the New York Film Festival, it’s a film whose future distribution is unknown to us, and maybe that’s how it should be.

The film consists of one man (billed only as “Old White Male”), sitting in the lobby of various hotels, speaking directly to the camera. That’s it. Mostly what he talks about is death, but he also seems to possess a superpower where he can read the viewer’s mind. For instance, the moment you find yourself thinking what on earth am I watching? he answers your question. We hope you get a chance to see it.