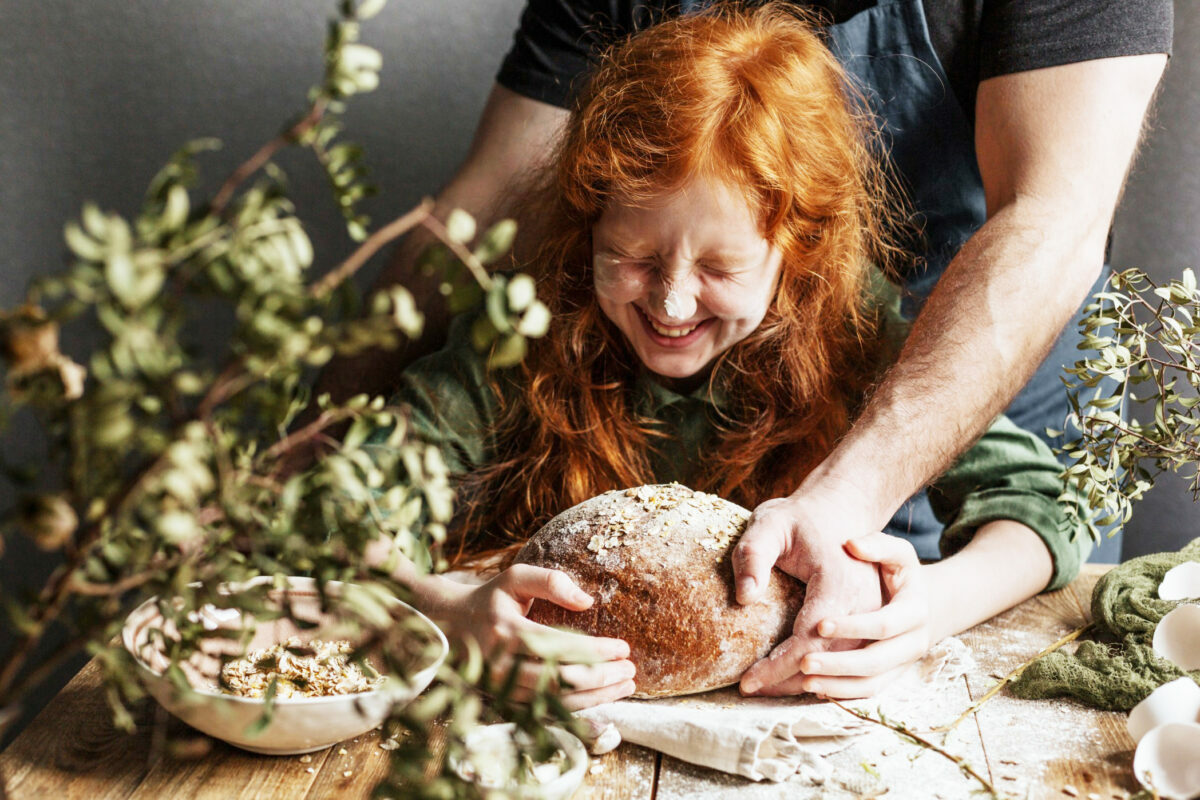 New year, same lockdown. Yes, it stinks. But let’s take this moment to build another new skill before we’re released from captivity. ‘Cause what else is there to do? But what should you try to master next? Our correspondent Julie Chang Murphy explains why slow British baking is a satisfying new quarantine hobby when sourdough and banana bread start to get old.

Why Slow British Baking is a Satisfying New Quarantine Hobby

At this point during the pandemic, we have assumed and discarded multiple identities — not in our closets, but in the kitchen. Our New York City-based team saw neighbors who used to order in or dine out almost every night start rooftop vegetable gardens and convert pantries into bomb-shelters lined with canned foods.

Then we entered the phase of comfort cooking and procrasti-baking to remind us of simpler times. Remember — back when we only judged people for man-spreading and not mask-slipping, as well? And when that grew stale (and our pants too tight), novelty beckoned and we indulged in culinary stunts like sourdough starters, focaccia gardens, and hot chocolate bombs, as if we were contestants on a cooking show.

Cooking at home is the new normal and according to behavioral scientists who measure such things, it is not going away soon. Perhaps it’s due to our newfound confidence in the kitchen but according to survey conducted by consumer market research firm, Hunter, 71% of respondents plan to continue cooking at home even after the pandemic. In the same study, there is evidence that people are channeling their creativity: 47% of respondents have branched out to new ingredients while 52% have tried new brands and products.

So, what’s next on the menu? We turned to our friend, Debby, who has the unfortunate distinction of living through Lockdown 3.0 in London. And we mean that literally – schools and non-essential stores are closed; no indoor dining; no household mixing indoors or outdoors; exercise allowed outdoors once a day until the end of March. She works in the high-stress, frenetically paced world of disaster recovery for an international bank so when I started seeing her photos of rustic-looking pies, pastries and breads, I had a lot of questions. How do you have time to make this? Is this the kind of food people in Bridgerton ate? Also, why haven’t you mailed me a cake yet?

British baking: A new quarantine hobby with traditional British recipes: Oats in the North Wheat From the South. Courtesy Photo.

Turns out, Debby has been working from a cookbook from Regula Ysewijn’s Oats in the North, Wheat from the South that features the stories and recipes of heritage British baked goods.  And yes, some of these foods do date back to the Regency era, when Lady Daphne Bridgerton and the Duke of Hastings are courting. Puff pastries, tarts, biscuits, meat pies — we’re calling it. These traditional British recipes with distinctive and charming names like Kentish huffkins, Lardy cake, and Welsh Bara brith are going to be amongst the things we, across the pond, will be trying to bake in the new year.

making the case for british baked goods. why now?

Amongst many of the life-altering changes wrought by Coronavirus, data shows that 42% of Americans are wasting less food than in pre-Covid times. The virus has also accelerated concerns about climate change and issues of sustainability. A recent poll from the Pew Research Center found that a median of 70 percent of respondents in 14 countries identified climate change as a major threat. The number in 2013 was 55%.

An easy way to do our part is using all the food in our pantry. As Debby told us, “The Brits were frugal and practical people. If you have flour, eggs, nuts, dried fruits and baking soda, you can make most of the recipes.” No need for fancy flavored extracts you only use once or buying fruits only to use the rind. And anecdotally, there seems to be growing satisfaction in doing so – friends love to boast about using the last three blackened bananas for a loaf of banana bread or making a stir-fry from all the last bits of veggies left in the fridge.

The Healthy Eating Trends You Need to Know in 2021

A Flapjack recipe from Ysewijn’s book, for example, starts with a base of oats, butter, syrup or honey, and brown sugar. The rest is up to you – throw in a handful of chocolate chips still lingering in the bag. Add in your son’s box of raisins that he loved two days ago, but inexplicably disgusts him today. Some of the recipes like Grasmere Gingerbread have a long shelf-life and taste even better a week later. We’re not sure we could resist but Debby did as an exercise in delayed gratification — if you’re into that sort of thing!

Due to the simple ingredients, these heritage British baked goods have a humble, rustic appearance which accompanies the cozy, cottagecore aesthetic that has resonated with many people during this stressful time. Yet still, there are other recipes that might lend a dose of glamour to the everyday. Remember that scene in Bridgerton where Queen Charlotte is scheming with her nephew, Prince Friedrich during an outdoor feast: “Daphne is the incomparable of the season.” That tiered, crusty dish to her left is a savory, Hot Water Crust pastry. It dates back to rich medieval households where it would typically be filled with game and other meats. Some were so heavy they had to be carried in on the shoulders of servants.

It should be noted that these recipes are complex and challenging even for seasoned bakers like Debby. Just check out The Great British Baking Show collection 5, episode 6 for their Hot Water Crust fails. But therein lies the appeal for those with kitchen fatigue. The process satisfies the itch for novelty and creativity. For those with demanding lifestyles or overachieving tendencies, the patience involved in learning and executing these pastries can be likened to the rise in popularity of gardening. It becomes a therapeutic and mindful activity.

My favorite recipe that Debby told me about is a traditional wedding cake. It resembles a fruit cake which gets a really bad rap in American culture. Talk about practicing patience – this fruit cake intended for weddings and Christmas, takes three months to complete. And in terms of sustainability, if properly stored, can still be eaten months later. Recently, a commemorative piece of Queen Victoria’s wedding cake was sold at auction. Not a spore of mold in sight a century later!

The Most Beautiful Desserts in New York City Right Now

After baking the cake for four hours, Debby has since been “feeding it with cognac” every day by spooning tablespoons of the liquor into pierced holes in the cake. When will she stop? Apparently when her team gets the green light to go back in the office. Let’s hope that is sooner rather than later otherwise the disaster recovery team might need some rescuing as well.

As we hibernate for the rest of winter, baking from historical British recipes is an inspired choice. The pantry staples are easy-to-source and encourage resourcefulness. The hyper-local recipes satisfy our craving for novelty, but provide an outlet for mindfulness, as well. And for all the period costume drama fans out there, a traditional biscuit with afternoon tea just might be evocative enough to make you forget that your partner – who still hasn’t emptied the dishwasher – is a noble suitor.

Why Slow British Baking is a Satisfying New Quarantine Hobby

Sourdough starters are so 2020. It’s time to move on. Cornish pastry, anyone?