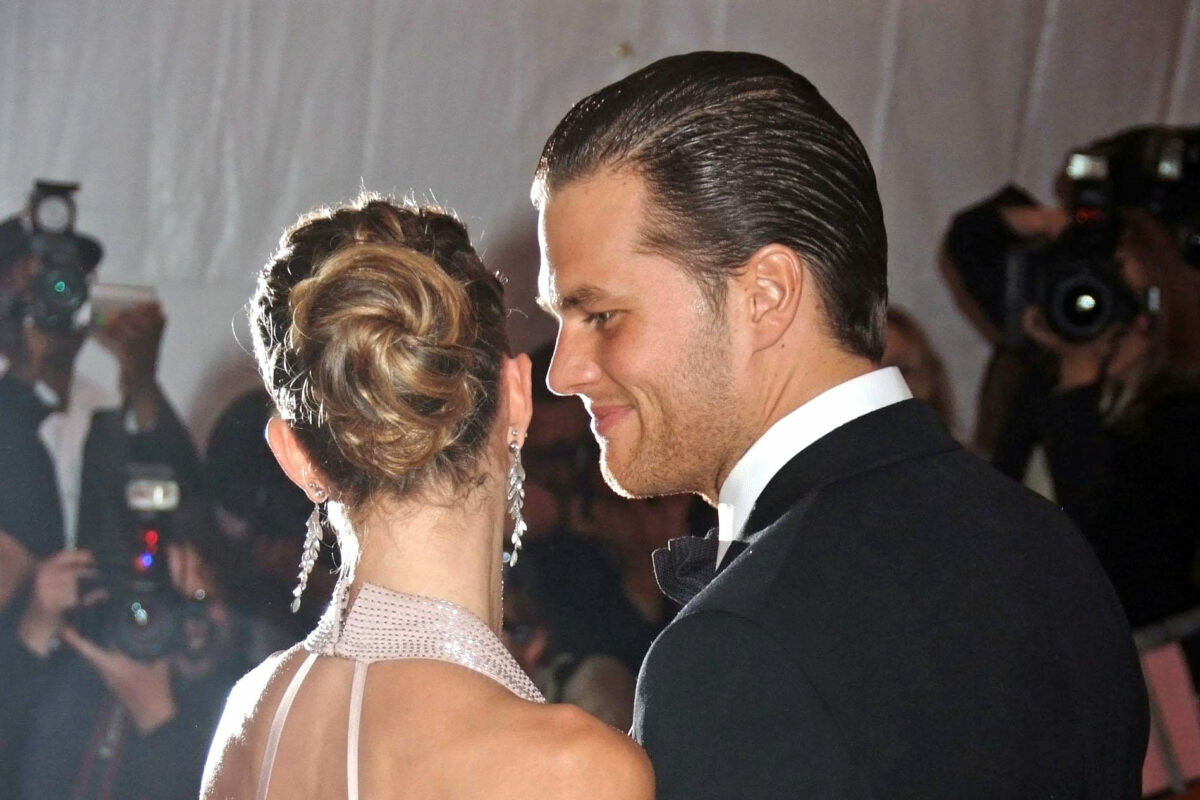 Forget about who wins Super Bowl LV! Even more than we care who wins the Puppy Bowl this year, we’re interested in who wins the NFL red carpet in 2021. The NBA rightfully holds first place in the fashion and style competition – but the NFL has a few real contenders. Our ace correspondent Julie Chang Murphy is sharing our take on the best-dressed NFL football players – with the most fashion and style off the field – right now. And just wait until the Draft begins! From what we’ve seen, the next generation in the NFL knows how to rock fashion trends almost as well as their friends in the NBA.

NBA players are not the only fashionistas on the playing field. Ahead of the Super Bowl this Sunday, we are admiring and profiling the NFL’s most stylish players. As is the case with many NBA stars, they get some sartorial assistance with the help of celebrity stylists like Rachel Johnson, Alize Demange and Jen Abrams. Or from their wives (who in one case is herself a supermodel).

Still, their swagger is undeniably their own.

Fashion has become an integral part of the sports and entertainment business, contributing to a player’s longevity and visibility in the public eye. As DeAndre Hopkins, wide receiver for the Arizona Cardinals explains: “NFL players don’t get a lot of face time, so we’ve got to create those little moments for ourselves and make them last.”

For many players, it goes beyond the few minutes of walking off the plane and into the stadium.

Jamal Adams, safety for the Seattle Seahawks, was recently featured in Vogue for his fashion choices — exposing him to a wider audience of people who might not know the difference between a first down and a touchdown. (In case you’re wondering, both are good – but the second one is better).

What to Wear for a Fantastic 2021 Superbowl Party

The Old Guard in the NFL can rock a red carpet with the best of them. Tom Brady, now of the Tampa Bay Buccaneers, is a fixture at the Costume Institute Met Gala every year. He’s often wearing Tom Ford and he cleans up really nicely. That’s because his wife is supermodel Gisele Bundchen.

And while it may betray our actual age, we have a BIG crush on Seattle Seahawks quarterback (and dreamboat) Russell Wilson. He and his wife scored the ultimate luxury fashion goal when they arrived at the Royal Ascot races in 2018 in a top hat (him) and a stunning work of couture millinery (her).

Quarterback for the Seattle Seahawks Russell Wilson arrives with his wife Ciara on day 3 of Royal Ascot at Ascot Racecourse on June 21, 2018. (Photo by Alan Crowhurst/Getty Images for Ascot Racecourse).

But we get it. A true fashion icon catches our eyes on ordinary days – not just at extraordinary events. So before you get ready for the big game, take a look at these NFL fashion winners strutting their Sunday best for some style inspo.

Who are the best-dressed NFL players right now?

In an interview in GQ, Hopkins awarded himself the title of “the best dressed player” not just in the NFL, but “all of sports.” He certainly is fearless – as evidenced by his penchant for bold color, prints, and non-traditional silhouettes.

One of the best dressed and most stylish players in the NFL: DeAndre Hopkins. Courtesy Photo.

Recently signed with IMG models, we can’t wait to see more of him in the fashion world.

OBJ, wide receiver for the Cleveland Browns, is perenially on the best-dressed list and stands out from the crowd with his signature bleached hair.

One of the most fashionable and stylish player in the NFL: Odell Beckham Jr. Courtesy Photo.

His style strikes the balance between the freshness of youth street culture while being aspirational at the same time. Also, his bag game is on point. We’ve spotted him with a sophisticated monogrammed red Goyard duffel and a few enviable Supremes.

He may be the Kansas City Chief’s tight end in the Superbowl this year, but Travis Kelce is also one of Sports Illustrated’s 50 most stylish athletes.

The best-dressed NFL football players with the most fashion and style off the field right now: Travis Kelce. Courtesy Photo.

We love his statement coats and expert pattern-mixing that makes maximalism look chic. To get his look, check out Kelce’s sportswear brand, Tru Kolors, which embodies his bold and expressive style.

Blink…and you still can’t miss him. The Patriots’ QB makes his own rules and the result is a fun and whimsical style that captures our imaginations whether he’s strutting off the plane or at a post-game press conference.

The best-dressed NFL football players with the most fashion and style off the field right now: Cam Newton. Courtesy Photo.

Is there an Instagram page devoted to his hat and headwear collection yet? If not, can someone start one?

Jenkins might not be as flashy as his other NFL counterparts; his style is more of an understated luxury with a twist.

The best-dressed NFL football players with the most fashion and style off the field right now: Malcolm Jenkins. Courtesy Photo.

Whether it’s a statement necklace or an unexpected detail in a tailored suit from his own collection. He pushes the boundaries of what is typically considered a more traditional and conservative look.

Who are we to argue with Vogue? We think Adams style is fashion-forward and trendy but in an obtainable way for the average guy.

The best-dressed NFL football players with the most fashion and style off the field right now: Jamal Adams. Courtesy Photo.

He can usually be spotted in a monochromatic turtleneck and pants combo, topped off with an eye-catching coat. It’s a simple formula but as you can see, it definitely works.

So, who do you think are the best-dressed NFL players? That’s our take of the NFL football players with the most fashion and style off the field right now.

We may not all be football fans here at Dandelion Chandelier. But if there’s anything that might make us pay more attention, it’s a well-dressed man! Enjoy the big game, dear reader!