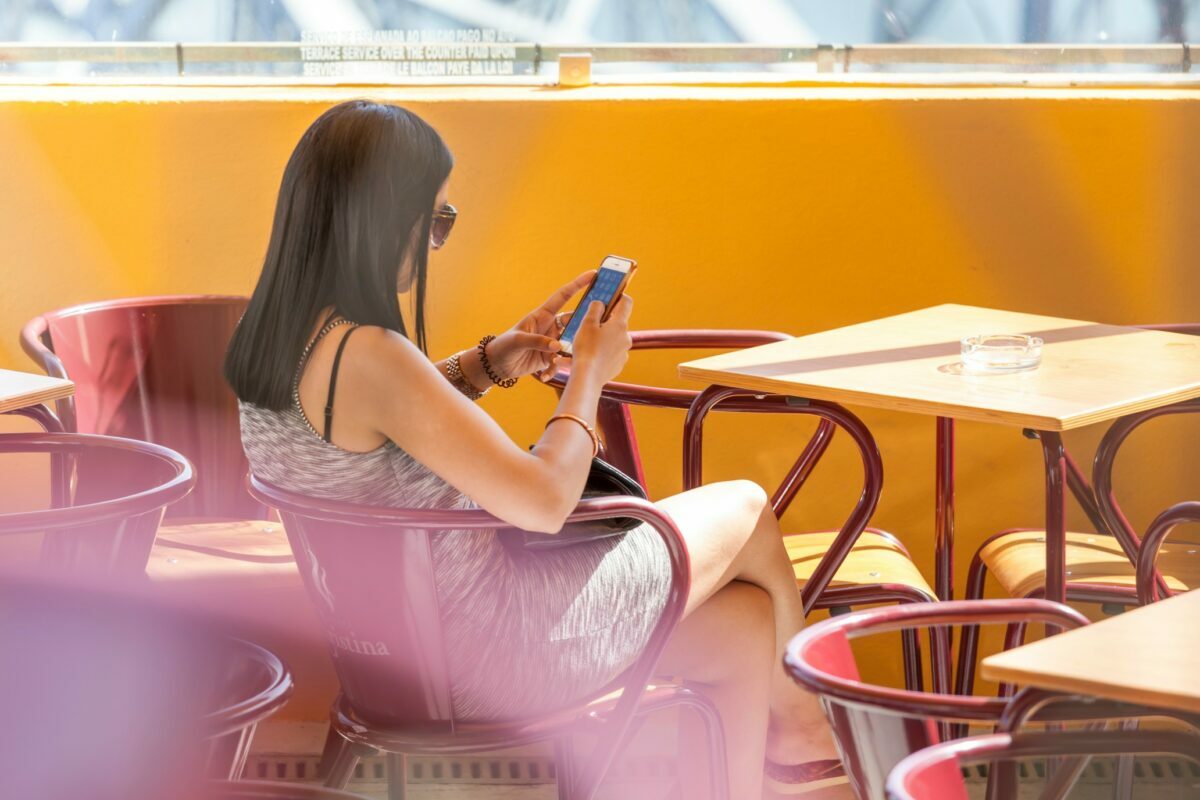 Our Luxury Calendar provides a comprehensive overview of the top events unfolding around the world every month. Some are micro-luxuries (like a really good book) and others are on a grand, epic scale. Personally, if schedules and money were no object, and we could do anything we’d like, here are our top picks for the best luxury events and experiences in the world in March 2021. Consider it your luxury calendar of the can’t-miss events in fashion, music, sports, travel culinary arts, art and culture in March 2021.

luxury calendar: how to have a brilliant march

In like a lion, and out like a lamb, or will it be the other way ‘round? March is hard to predict, not to mention there’s that unfortunate business about the Ides. But come what may, it’s nearly spring in the Northern Hemisphere: time to get focused on ending winter on a high note.

As we mark one year of the pandemic, across the globe there will be events celebrating renewal, forgiveness, fresh starts and flowers. There will also be whimsical art exhibitions like Niki de Saint Phalle’s Structures for Life at MoMA PS1 and the digital premiere of Cadence: The Sounds of Justice, the Sounds of a Movement from Anthony McGill.  Down under the 36th Americas Cup will set sail, while storied brands present their latest looks at Paris Fashion Week.

Closer to home you will find laughter with the premier of Coming 2 America on Amazon Prime and the much anticipated return of March Madness.  And of course, women of power and purpose will gather to celebrate Women’s History Month.

the best events in the world of luxury in march

It’s hard to narrow the list down to just the top 25 picks in the world of luxury in March 2021, but here goes.

Chanel, Dior and Louis Vuitton are just a few of the names that will be presenting their Fall/Winter 2021 collections at Paris Fashion Week – Mar 1 – 9

The massive whimsical structures of Niki de Saint Phalle are headed to MoMA PS1 in Queens.  Structures for Life will feature not only immersive installations but also her paintings, drawings and sculptures too – Mar 11 – Sep 6

The calendar of the top events in the world of luxury art and culture in March 2021: Niki de Saint Phalle: Structures for Life. Courtesy Photo.

Following its acclaimed run at the Los Angeles County Museum of Art, the mid-career survey of Ethiopian-born artist Julie Mehretu will make its long-awaited debut in New York at The Whitney. Some 70 works on canvas and paper will show the breadth of Mehretu’s abstracted geographic visions – Mar 25 – Aug 8

With Art Basel Hong Kong, TEFAF and The Armory Show postponed until later in the year, all eyes will be on Dubai this month.  The 14th edition of Art Dubai takes place at the Dubai International Financial Centre and will include 50 galleries from 31 different countries – Mar 29 – Apr 3

the perfect books to read to feel the month of March

The calendar of the top events in the world of luxury art and culture in March 2021: Her Dior. Courtesy Photo.

The best cookbooks aren’t just recipes – they’re trips, stories, experiences. Betty Liu accomplishes all of those things in her latest cookbook, My Shanghai, bringing the reader along on a year long ride through Shanghai and its food – Mar 9

8. raya and the last dragon

Featuring the voices of Kelly Marie Tran and Awkwafina, Disney’s Raya and the Last Dragon will premiere both on Disney+ and in theaters.  It will follow the journey of Raya. Raya, a passionate warrior on a quest to find the last dragon to restore peace in a mythical world – Mar 5

Eddie Murphy is back as Prince Akeem in Coming 2 America on Amazon Prime. As Prince Akeem is set to become King of Zamuda, he discovers he has a son in America and, of course, hilarious antics ensue – Mar 5

Based on John Mars’ sci-fi novel, The One on Netflix imagines a future where finding that predestined soulmate is as easy as looking at a DNA sample – Mar 12

Former First Lady Michelle Obama stars in Waffles + Mochi, a cooking-slash-food-slash-travel show with two puppets named Waffles and Mochi, as well as a ton of celebrity guests on Netflix – Mar 16

The calendar of the top events in the world of luxury art and culture in March 2021: Waffles & Mochi. Courtesy Photo.

12. the falcon and the winter soldier

At the end of Avengers: Endgame, Chris Evans’ Steve Rogers handed over his shield to Anthony Mackie’s Sam Wilson. Therefore essentially crowning Wilson as the next Captain America.  The Falcon and The Winter Soldier on Disney+ will see the two Marvel heroes team up to take on the bad guys – Mar 19

Teju Cole and the Orchestra of St. Luke’s are dropping  a new words-and-music series, Sounds and Stories hosted by the actor David Hyde Pierce.  Cole will read selections from his work.  There will be visual elements and pieces by an eclectic array of composers.  This will include Caroline Shaw, Yvette Janine Jackson, Henryk Gorecki, Unsuk Chin, Kaija Saariaho and Hildegard von Bingen. Oh, and Beethoven – Mar 3

what is the color that perfectly captures March?

Organized by Anthony McGill, the New York Philharmonic’s principal clarinet and the latest winner of the Avery Fisher Prize, Cadence: The Sounds of Justice, the Sounds of a Movement will make its digital premiere courtesy of the Metropolitan Museum of Art.  The program was inspired by the Great Migration as well as works in the museum’s collection – Mar 9

The calendar of the top events in the world of luxury art and culture in March 2021: Cadence: The Sounds of Justice, The Sounds of Movement. Courtesy Photo.

16. chemtrails over the country club

After multiple delays and even a book of poetry, Lana Del Rey will finally release the long awaited Chemtrails Over the Country Club album – Mar 19

The calendar of the top events in the world of luxury art and culture in March 2021: Americas Cup Courtesy Photo.

The Simone Rocha x H&M collection drops and will include menswear and childrenswear, alongside Rocha’s signature womenswear – Mar 11

The Cheltenham Festival is an annual horse race in Gloucestershire, England with race prize money second only to the Grand National; the event draws many of the best British and Irish-trained horses – Mar 16 – 19

This year’s F1 season kicks off with the Formula 1 Gulf Air Bahrain Grand Prix 2021, which takes place over 57 laps of the 5.412-kilometre Bahrain International Circuit in Sakhir – Mar 28

The 60-room Cara Hotel is putting Los Feliz firmly on the map by embracing its surroundings; hidden in plain sight, it sits discreetly at the foothills of Griffith Park, in the shadow of the Hollywood sign. Designed to bring the outside in, breezy patios and private courtyard balconies enveloped by 100-year-old olive trees and palm trees.

Located in Boston’s tony Back Bay, The Newbury reopens fresh from a renovation with 286 luxurious rooms and suites, many of which boast fireplaces. With a nod to the property’s extensive history playing host to lavish dinners and parties, the hotel partnered with Major Food Group (the powerhouse behind The Grill, The Lobster Club and more) to helm food and beverage

At the Melbourne Food and Wine Festival, visitors will be treated to over 200 events, including food and wine tastings and culinary demonstrations. One of the highlights is the world’s longest lunch. 1,700 diners will gather for three decadent courses – Mar 12 – 31

The calendar of the top events in the world of luxury art and culture in March 2021: Melbourne Food and Wine Festival. Courtesy Photo.

Sotheby’s is set to offer a one-of-a-kind original bottle of 1967 whisky from The Macallan’s. A limited-release whisky and art collection created in collaboration with the renowned pop artist, Sir Peter Blake.  Part of The Macallan “Anecdotes of Ages” + The Bo Johnston Collection Sale, proceeds will benefit the Solomon R. Guggenheim Museum – Mar 13

Adventurous eaters should head to the quaint town of Hokitika on the west coast of New Zealand’s South Island for the 32nd annual Wildfoods Festival. At this notable gathering, participants feast on things they probably never thought could be cooked into a meal – Mar 13

International Women’s Day will be celebrated on March 8th with hundreds of events worldwide. This year’s theme is #ChoosetoChallenge.

The coming of spring in the Northern Hemisphere will usher in Hanami. This is the Japanese traditional custom of enjoying the transient beauty of flowers. Pilgrimages to view the blossoms begin in late March and last until early May.

The calendar of the top events in the world of luxury art and culture in March 2021: Sakura. Courtesy Photo.

The glamorous Bal de la Rose, held annually in the Salle des Etoiles in Monte-Carlo, will be held on March 20st.

The Hindu festival of Holi will be observed starting March 28th. Also known as the Festival of Colors, it signifies the victory of good over evil and the arrival of spring. For many it is also a day to repair broken friendships. People gather on the streets for a giant color fight. Here, they throw dyed powder onto each other using the revelry as a chance to connect with others.  It is to let go of any past grievances.

The calendar of the top events in the world of luxury art and culture in March 2021: Holi Festival. Courtesy Photo.

On top of that, Daylight Savings Time begins on March 14th, Mother’s Day in the UK is March 14th, St. Patrick’s Day is the 17th and the vernal equinox is the 20th.

what to do to have true luxury experiences in march 2021

That’s it. Our luxury calendar of the best luxury events and true luxury experiences in March 2021. What are you most excited about?