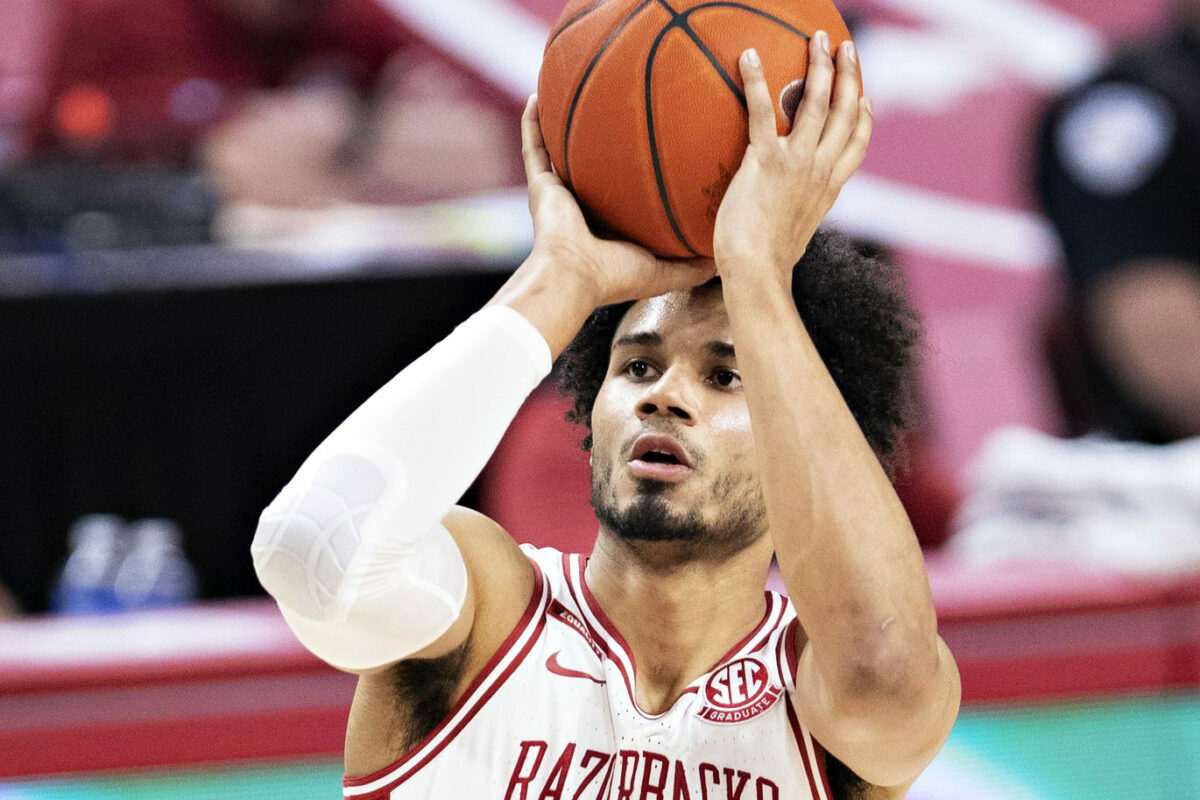 This Week in Sports Talk (TWIST) is our weekly roundup of top headlines and current events from the past seven days in the world of sports, plus a preview of what’s up next. Heading into the week of March 28, 2021, here’s how to talk about the top sports news of the moment. Skim it, and you’ll be good to go all week.

1. March Madness lives up to its name

The NCAA Tournament resumed yesterday in Indianapolis with the Sweet 16. This year, all of the men’s games have been played in a “bubble” at Lucas Oil Stadium, and as of this posting, only one team has been eliminated due to COVID-19 protocols. Sixty eight teams started in this tournament, and as of yesterday, it was down to 16.

There were a notable number of upsets this year, causing some to question the seeding process, which seemed unusually off in 2021. For example, of the teams in the Sweet 16, only 7 are from the 16 top-ranked teams going in. And the remainders include number 11 ranked UCLA and Syracuse, number 12 OSU and number 15 Oral Roberts, dubbed the Cinderella of this tournament. Four “double digit” seeds making it to the Round of 16 is almost a record (the record is 5).

But the biggest news from yesterday is that No. 12 Oregon State defeated No. 8 Loyola Chicago, 65-58 (which is a bummer mostly because that means we don’t get to see the adorable team Chaplain Sister Jean in the stands anymore). Oregon State had been predicted to finish last in the PAC-12 league before the season – now they could be the lowest-seeded team to ever make the Final Four. It’s the first time in 39 years that the team has made it to the Elite 8.

The Sweet 16 concludes today. The next round, the Elite 8, will take place on Monday and Tuesday. Saturday April 3 is the Final Four. And the final game is  Monday April 5.

The women’s March Madness is also underway right now, in a “bubble” in Texas. While there have been some great games, the unfortunate headline most people will remember from this tournament is the clear disparity between workout facilities at the NCAA Men’s and Women’s Division I Basketball Tournaments.

Player Sedona Prince spoke out on social media, sharing a video demonstrating the dramatic differences in the weight training and workout facilities the N.C.A.A. had provided for the women’s tournament versus the men’s. One week later, NCAA president Mark Emmert announced that the NCAA is hiring a law firm to conduct an independent review of the situation.

This week saw some significant moves among free agents in the NFL. The consensus (at least on our Sports Desk) is that the Tampa Bay Buccaneers and the New York Giants have “won” the free agency season so far.

The Giants have signed a few key free agents, including Zach Fulton, Kenny Golladay and Adoree’ Jackson. In addition to acquiring some great new external talent, they were able to retain key players with new contracts. Like Leonard Williams and Nate Solder.

Meanwhile, the Super Bowl Champion Bucs have retained all 22 starters from Super Bowl LV. Which is really hard to do.

4. Bucs for the win in Super Bowl LVI?

Because the Tampa Bay Buccaneers have become the first Super Bowl champions since 1979 to have all 22 starters in the Super Bowl return to the team the next year, the speculation is already rampant about their prospects for the upcoming season.

Our Sports Desk notes that winning consecutive Super Bowls is extraordinarily difficult, in no small part because usually teams lose a number of players in free agency (because they get big offers coming off a Super Bowl win). Tampa Bay is considered to have a talented front office, and they got everyone to stay to see if they can do it again. The last time a team won back-to-back Super Bowls? That would be the New England Patriots, led by quarterback Tom Brady, in Super Bowls XXXVIII and XXXIX.

For those who want to make bold bets early, Vegas is offering these odds on the Super Bowl LVI winner: Kansas City Chiefs +500, and Bucs +525. So the two teams who competed in Super Bowl LV are pretty much tied in terms of who the betting markets think will take it all in the upcoming season.

moves ahead of the April draft

The NFL draft won’t be held until the end of April, but there’s already news related to who will land where. It’s not about the top pick. As of right now, the Jacksonville Jaguars have the No. 1 pick and are expected to use it to take quarterback Trevor Lawrence from Clemson. It’s about what may happen a bit further down the line.

This week, the Miami Dolphins traded their #3 pick to the San Francisco 49’ers for a #12 pick (and 2022 and 2023 1st-rounders and a 2022 3rd rounder). The experts say this means that the Fins are betting on quarterback Tua Tagovailoa, while the 49’ers maybe cooling on their QB Jimmy Garoppolo.

Could Garoppolo be heading back to New England? Patriots coach Bill Belichick has been on a wild spending spree during the free agency period. Our Sports Desk reports that Belichick has spent $178 million on players, which is more than Bob Kraft spent to buy the team back in the day.

But wait, there’s more! The Fins immediately sent their #12 pick to the Philadelphia Eagles for the #6 pick (and a 4th rounder and 2022 pick).

Speculation is growing that the New York Jets will shelve quarterback Sam Darnold, using their #2 pick on Zach Wilson from BYU (whom some call “the Mormon Mahomes”). All this as the former most-sought-after QB this off season, Deshaun Watson, is facing 14 lawsuits alleging sexual assault and inappropriate conduct.

Washington Football Team majority owner Dan Snyder is buying out the minority owners’ 40.5 percent stake in the team. CBS Sports reports that minority owners Dwight Schar, Robert Rothman and Frederick Smith had grown increasingly uneasy about the direction of the franchise. They were the ones who pushed Snyder to finally change the name of the team (formerly the Redskins).

Interestingly, while the plan had been to rename the team by 2022, this week, team President Jason Wright reportedly said that the team is strongly considering making the name permanent. He declared that “there are a set of folks that have warmed to the Washington Football Team.” Really?

The MLB regular season starts on Thursday, April 1. Each of the 30 teams will be subject to local and state coronavirus protocols, but almost all of them are expected to have some fans in their stadiums on Opening Day.

New York baseball fans are feeling bullish as the season kicks off. Our Sports Desk feels that the Yankees have looked pretty good in spring training. As we previously reported, New York Mets fans are over-the-moon about their prospects, as new owner Stevie Cohen seems prepared to invest in talent acquisition and to supply the kind of big New York personality that Gotham needs to thrive.

The NBA trade deadline was Thursday; it was the last opportunity for teams to position themselves for the postseason. There were relatively few dramatic moves this year.

The LA Clippers (31-16) traded Lou Williams to Atlanta for point guard Rajon Rondo. Attracting a bit more attention, the Miami Heat (22-24) picked up All-Star guard Victor Oladipo in exchange for Avery Bradley, Kelly Olynyk and a draft spot. Oladipo is averaging 20 points a game, and the move was applauded by fans of the Heat.

Victor Oladipo is moving to the Miami Heat. Courtesy Photo.

The Orlando Magic (15-30) sent Nikola Vucevic and Al-Farouq Aminu to the Chicago Bulls (19-25) for Wendell Carter Jr., Otto Porter and two future first-round draft picks. These additions could help Chicago jump from 10th place to inside the top eight in the Eastern Conference.

The LA Lakers (29-17) have had a disappointing season so far, with both LeBron James and Anthony Davis out for at least another 3 weeks. After losing 5 of their last 10 games, repeating their championship run from last season is starting to look like a long shot.

Speculation is rampant that the Lakers will make a play for center Andre Drummond and perhaps other players that got waived from their respective teams. They have until April 9 to make these moves and still be eligible for the playoffs.

Meanwhile, the Brooklyn Nets (31-15) trade for James Harden has proven to be a total game-changer. There was skepticism on the major trade, which involved four teams to pull off. Harden had been miserable in his last season with the Houston Rockets, and spent a lot of time acting out in frustration. And not playing particularly well.

But now? The Nets now are considered the favorite to win the whole thing this season. Harden has been simply amazing since his arrival in Brooklyn. His star teammate Kevin Durant (KD) has been injured for most of the season. The third member of their star trio, Kyrie Irving, has also been hurt and in addition he is experiencing unexplained personal issues that have kept him off the court.

Nonetheless, with Harden alone, the Nets have been practically unbeatable (they’ve won 8 of their last 10 games). On Thursday night Harden scored 40 points and a double double. He stated after the game, “I am the MVP.” Normally we don’t love hubris. But the dude has a pretty unassailable argument, actually. Meanwhile, the Houston Rockets (13-32) are performing terribly without him.

There’s been disappointment in the world of professional tennis as various factors have kept fan favorites off the court.

Roger Federer at the Qatar Open 2021.

That was a real blow to the tournament, along with Serena’s dropping out. Behind the scenes, many are saying that the COVID-19 protocols are so tough that the prize money is insufficient to give star players a real incentive to stay in.

Finally, the NHL had an embarrassing incident on Tuesday night during the Nashville Predators-Detroit Red Wings game. Referee Tim Peel was caught on a hot mic admitting to calling a penalty simply because he “wanted to get” a penalty against the Predators to make up for a poor call against their opponents earlier in the game. A few days later, the NHL announced Peel would “no longer be working NHL games now or in the future.”

That’s it. You’re good to go with the top sports headlines and upcoming events heading into the week of March 28, 2021. Stay safe and healthy, dear reader. See you next week.