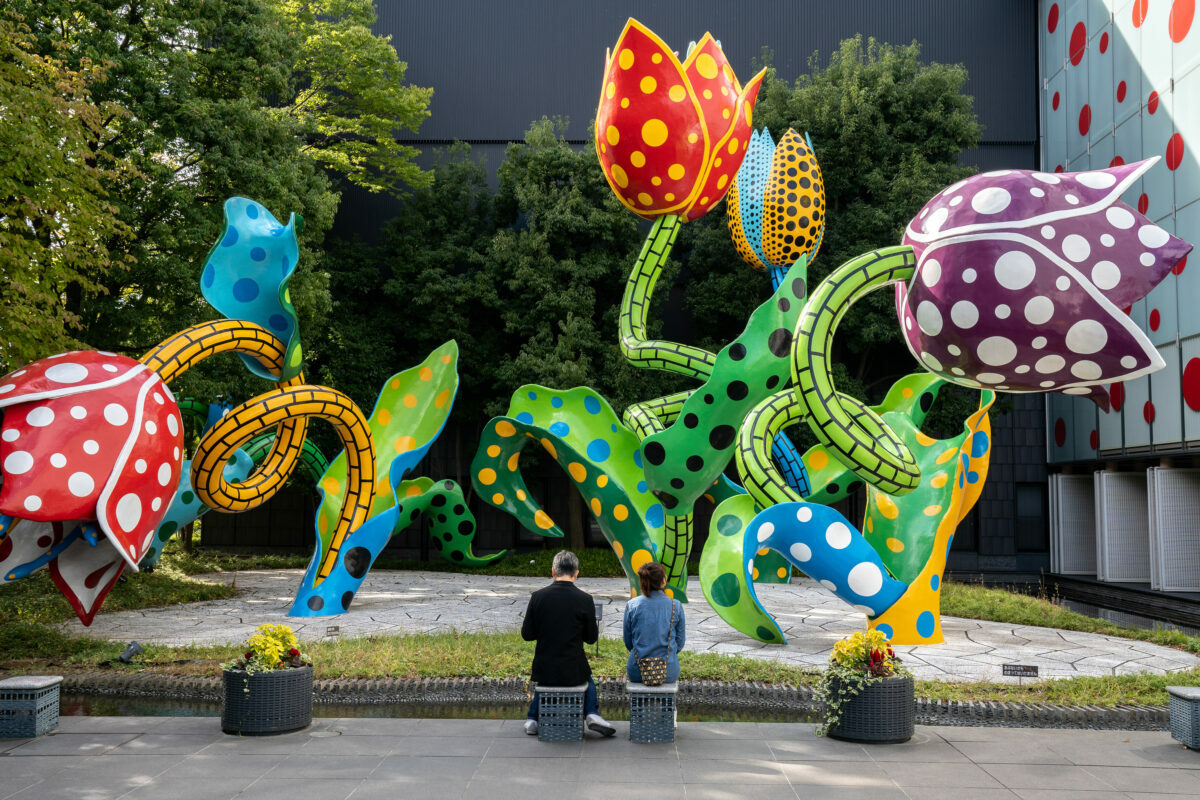 Our Luxury Calendar provides a comprehensive overview of the top events unfolding around the world every month. Some are micro-luxuries (like a really good book) and others are on a grand, epic scale. Personally, if schedules and money were no object, and we could do anything we’d like, here are our top picks for the best luxury events and experiences in the world in April 2021. Here’s your luxury events calendar of the can’t-miss events in fashion, music, sports, travel, art and culture in this month of April 2021.

luxury events calendar: how to have a brilliant April

Thanks to T.S. Eliot, April gets a bad rap. But actually, to paraphrase Lewis Carroll’s walrus, it’s the season of many things: of cosmic sights and new delights, of tournaments and kings.

Specifically, this month will see the long awaited Kusama: Cosmic Nature opening at NYBG; the return of live performances in NYC courtesy of An Audience with… at The Shed and Lincoln Center’s Restart Stages;  the 85th edition of the Masters Tournament; season four of The Handmaid’s Tale; a chance at owning Rare Whisky; and the opening of the Goodtime Hotel in Miami Beach by Pharell Williams.

So while it may bring spring showers, with a badass attitude and the right boots, one can definitely spend the month of April in style.

the best events in the world of luxury in april

It’s hard to narrow the list down to just the top 25 picks in the world of luxury in April 2021, but here goes.

the best events in the world of luxury in april

Lincoln Center is launching Restart Stages, a new initiative to create an open-air performing arts center including 10 outdoor performance and rehearsal spaces, on World Health Day.  Aiming to help kick start the performing arts sector and contribute to the revival of New York City, the program will begin with a performance for healthcare workers – Apr 7

Win the month with these expert April 2021 horoscopes

A career-spanning display of the Yayoi Kusma’s installations, paintings and sculptures is opening at the New York Botanical Garden this month after Kusama: Cosmic Nature was postponed in 2020 due to the coronavirus pandemic.  Most of the included artworks will be on display for the first time ever in the United States – Apr 10 – Oct 31

The calendar of the top events in the world of luxury art and culture in April 2021: Kusama, Cosmic Nature. Courtesy Photo.

Although heavily researched back home in the US, few major studies have been devoted to Georgia O’Keeffe in Europe.  Now, a sweeping survey will give audiences across the continent a chance to explore the life and work of the pioneering American Modernist at Madrid’s Museo Thyssen-Bornemisza – Apr 20 – Aug 8

In her debut cookbook, The Pepper Thai Cookbook ($30), Pepper Teigen shares some of her most iconic recipes, including roasted lemongrass chicken, seafood pad cha and Thai beef jerky. Between recipes, Chrissy Teigen’s mom shares personal anecdotes about moving to the U.S. from Thailand and learning how to cook her favorite meals with American ingredients – Apr 13

The calendar of the top events in the world of luxury art and culture in April 2021: The Peper Thai Cookbook. Courtesy Photo.

Nestled in a spectacular botanical garden with stunning views on the Mediterranean, the idyllic Hotel du Cap-Eden-Roc has attracted scintillating international guests for 150 years.  Hotel du Cap-Eden-Roc: A Timeless Legend on the French Riviera ($85) by Alexandra Campbell explores the vast history of this nineteenth century retreat for artists and writers – Apr 27

Ernest Hemingway gets the docuseries treatment courtesy of Ken Burns and Lynn Novick. Peter Coyote acts as the narrator of the 6-hour Hemingway, with Jeff Daniels providing the voice of the novelist and four actresses – Meryl Streep, Keri Russell, Mary-Louise Parker and Patricia Clarkson – playing the vocal roles of his four wives – Apr 5

Starring Anna Kendrick, Toni Collette and Daniel Dae Kim, Stowaway on Netflix is the story of a three person crew on a mission to Mars who find an unplanned passenger on board their ship – Apr 22

The calendar of the top events in the world of luxury art and culture in April 2021: Stowaway. Courtesy Photo.

Nearly two years after it last aired, The Handmaid’s Tale is returning for a fourth season of dystopian drama – Apr 28

Michael B. Jordan headlines the action thriller Without Remorse on Amazon Prime based on a Tom Clancy novel that explores the origins of John Clark, one of the author’s most famous non-Jack Ryan characters – Apr 30

Fans have waited years for Demi Lovato’s seventh album Dancing With the Devil … The Art of Starting Over.  It’s her first record since her big return to music on the 2020 Grammys stage and her harrowing 2018 overdose. She was recently explored in the YouTube docuseries also titled Dancing With the Devil – Apr 2

As part of the ongoing Great Performances series on PBS, superstar tenor Jonas Kaufmann will perform a program of classic arias from the Baroque interior of the historic Polling Abbey in the Bavarian countryside outside Munich, Germany – Apr 2

The calendar of the top events in the world of luxury art and culture in April 2021: Still Processing. Courtesy Photo.

Porsche Schweiz AG and RM Sotheby’s have joined forces in support of artists struggling as a result of the COVID-19 pandemic with the auction of a Porsce Taycan 4S Artcar.  This special edition e-vehicle features the artwork of Richard Phillips’ Queen of the Night. It will benefit the Swiss non-profit organization Suisse Culture Sociale – Apr 6 – 13

The calendar of the top events in the world of luxury art and culture in April 2021: Porsche Taycan Charity Artcar. Courtesy Photo.

40 horses and their jockeys will line-up in what is the ultimate test in British horse racing.  The Grand National has much larger fences than a normal course.  The Chair, Valentine’s Brook, Foinavon, Becher’s Brook and the Canal Turn are just some of the famous fences that participants need to navigate in the race – Apr 10

Azumi Setoda is the first property of Azumi, a hospitality brand created by Adrian Zecha, founder of Aman, and Naru Developments.  It is ocated on Ikuchijima. It is a small and tranquil island in the Japanese Seto Inland Sea, the hotel balances tradition and modernity to offer the ryokan hospitality experience to  travellers

The calendar of the top events in the world of luxury art and culture in April 2021: Goodtime Hotel. Courtesy Photo.

WEAT is a new start-up delivering experiential meal kits from some of New York’s top restaurants like Miss Lily’s, aRoqa, 456 Shanghai, Bolero and Cocina Consuelo.  Each Discovery Box’ features a signature dish along with other fun add-ons to create fully immersive experiences

The calendar of the top events in the world of luxury art and culture in April 2021: Weat. Courtesy Photo.

The historical and religious Sikh and Hindu festival Vaisakhi marks the New Year. It is also a spring harvest festival, this year it will be celebrated on April 13. In England, April 23 is St. George’s Day – since the 13th century it’s been a national day of feasting to celebrate the patron saint of England, who is famously associated with the legend of St. George and the Dragon.

In addition, it’s April Fools’ Day on the 1st this year. Don’t goof off too long because Good Friday is April 2nd followed by Easter on April 4th.  Finally, Earth Day is April 22nd.

what to do to have true luxury experiences in april 2021

That’s it. Our luxury calendar of the best luxury events and true luxury experiences in April 2021. What are you most excited about?