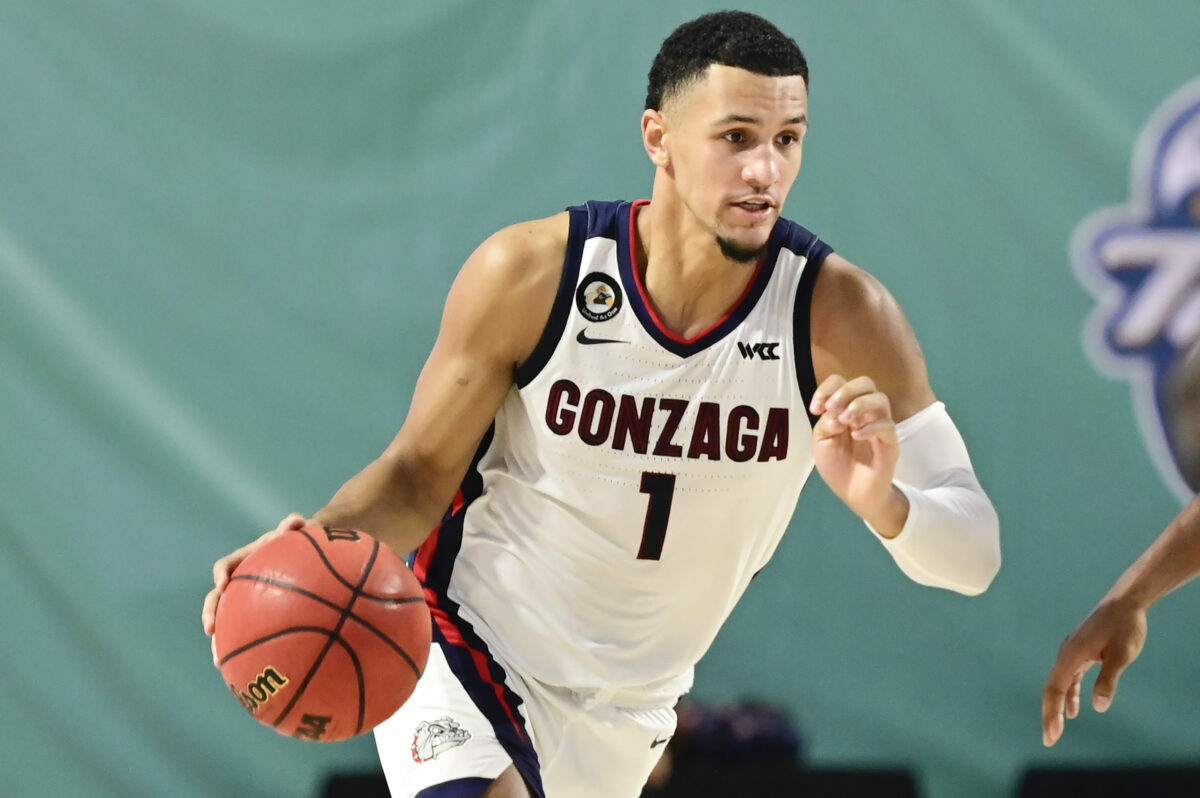 This Week in Sports Talk (TWIST) is our weekly roundup of top headlines and current news events from the past seven days in the world of pro sports, plus a preview of what’s up next. Heading into the week of April 4, 2021, these are the top 10 headlines you really need to know to understand professional sports this week, including football, baseball and basketball. Come on, baby. Let’s do the TWIST!

OK, pop quiz: raise your hand if you know where Gonzaga is. Without asking Siri or searching Google, in what state is this red-hot NCAA men’s basketball team based?

It’s in Spokane, Washington. On quite a beautiful campus.

News headlines today and previews you need to know to talk about professional sports, including football, baseball and basketball, this week. The Gonzaga Campus in winter. Courtesy Photo.

We know, it seems incredible that we hear about this school once a year during March Madness, and then basically never again. So, if you didn’t know, now you know. And you can totally impress your family and friends with your surprisingly deep knowledge of sports.

top 10 headlines to know to understand sports this week: April 4, 2021

Meanwhile, the Zags have a shot at becoming the first undefeated team to win the national title in 45 years. This is their 28th straight win.

To do that, in Monday night’s Final, Gonzaga will take on Baylor. The Bears easily defeated Houston in the Final Four, 78-59. If Baylor wins, it’ll be the first time since 1948.

For the first time, two teams from the PAC-12 conference will meet in the in Final. This evening, top-seeded Stanford meets No. 3 Arizona.

In the Final Four, Arizona stunned top-seeded UConn, 69-59, on Friday night. And Stanford squeaked into the final with a 66-65 win over South Carolina.

This week, the NFL announced the schedule for the upcoming season and the headline is that there is now an extra game in the season.

Seventeen games will be played over the course of 18 weeks – so each team will get just one “bye” week for the season. All of the 17th games will see inter-league play – so AFC and NFC counterparts will play, with AFC getting home field advantage this season.

Speculation about the NFL Draft is rampant, and our Sports Desk says to expect a number of last-minute trades as this year’s NFL Draft kicks off on Thursday, April 29.

The San Francisco 49’ers have put themselves under a lot of pressure. They traded up to the number 3 pick and their current quarterback, Jimmy Garoppolo, is not happy about it. But which quarterback will be available for them? Candidates include Mac Jones from Alabama, and  Justin Fields from Ohio State. Fields crushed it on Pro Day, running the 40 faster than any past quarterback, including Lamar Jackson.

And in other NFL news, Aaron Rodgers will serve as the guest host of Jeopardy! from April 5 to April 16.

5. All eyes on the Nets in the NBA

Sadly, their performance on the court is not the only reason that the Nets are the spotlight right now. The NBA fined their star Kevin Durant $50,000 on Friday for “using offensive and derogatory language on social media” in messages he exchanged with comic-actor Michael Rapaport. Durant has been sidelined with a hamstring injury since February.

In the West, the Utah Jazz (38-11) are hot right now, holding the top spot. The Lakers (31-18) and LeBron are at number 4 right now, making a repeat of their national championship unlikely. But it’s not over yet . . .

Thursday was Opening Day, and while some things were different than 2020 (fans were allowed into most stadiums at 20% capacity), a few were all too familiar. For example, as of this posting, the New York Mets still haven’t had their season opener due to coronavirus protocols. They were scheduled to play the Washington Nationals, but 3 Nats players tested positive, and others were quarantined due to their proximity to those players.

But most of the games went on, even under somewhat extreme conditions. Like, the opener between the Detroit Tigers and Cleveland Indians went forward even though it was snowing pretty hard for much of the game.

The New Yankees lost in 10 innings to the Toronto Blue Jays on Opening Day, but the pinstripes got their first win of the season yesterday. Meanwhile their nemesis, the Tampa Bay Rays won their first game. As did the Houston Astros, despite the heavy shade being thrown at them over the signal-stealing scandal (no, no one has forgotten that).

News headlines today and previews you need to know to talk about professional sports, including football, baseball and basketball, this week. Francisco Lindor has signed a new 10-year contract with the New York Mets. Photo Credit: New York Post.

Politics and pro sports are inextricably linked in America and this week there was further proof. As backlash and criticism rose about the Georgia state government’s moves on voting restrictions, Major League Baseball announced that the All-Star Game would no longer be held in the state.

We note, once again, with a bit of amazement and a great deal of joy, that baseball is a LOT more progressive on social issues related to race than one might imagine. We remember the league’s vocal and visible support of Black Lives Matter last summer. We note the number of teams who offered their stadiums as voting sites in last fall’s election. And now this. The fan base may be a bit older, with fewer people of color. But that’s not stopping baseball from making big moves in support of social justice. Go on, MLB! We see you.

The Miami Open 2021, on the grounds of Hard Rock Stadium in Miami Gardens, is wrapping up. This afternoon, the men’s singles championship matchup will see No. 21 seed Jannik Sinner take on No. 26 Hubert Hurkacz.

Yesterday, Ashleigh Barty won the women’s title for the second time after Bianca Andreescu had to retire from the Final. Barty had hunkered down in Australia during the pandemic, taking an 11-month hiatus. So the win is a big deal for her, establishing that she’s back and in good form.

We close this week’s top 10 with a fun fact from the world of finance. Guess how many sports stars are involved with Special Purpose Acquisition Companies (SPACs)? Lots. Including Patrick Mahomes, Serena Williams, Shaquille O’Neal, Colin Kaepernick and Alex Rodriguez (Kevin Durant decided to pass on all the offers that came his way).

The New York Times reports that about a fifth of the SPACs launched since the beginning of 2020 involve a sports figure, or are focused on a sports-related business.

Just one more reason to stay sharp on the sports news!

That’s our take on the news headlines today and the previews you need to know to understand and join the talk about professional sports – including football, baseball and basketball – this week. Stay safe and strong out there, dear reader. See you next week.