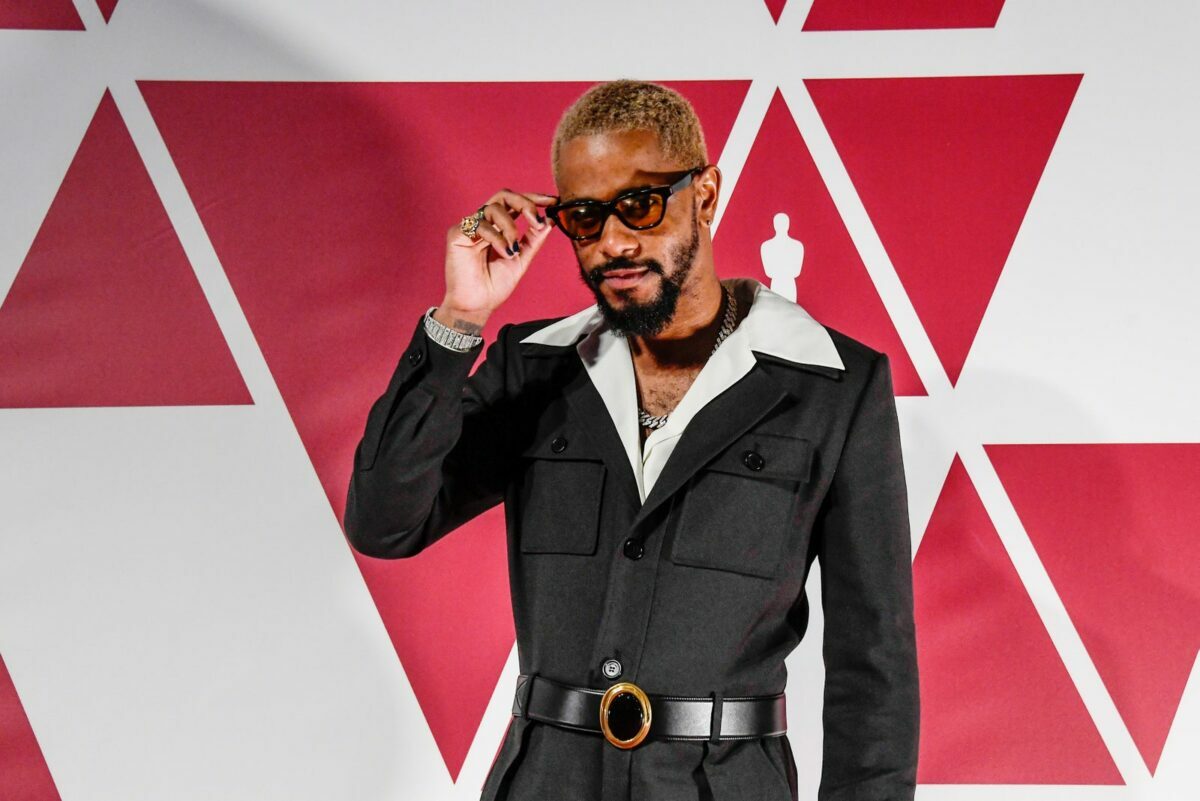 What can we learn about men’s style from this year’s Hollywood awards shows? Specifically, the men’s fashion at the Oscars? Our ace correspondent Tomas White has taken a close look at the style and fashion choices of the male stars on the red carpet at the Oscars, and he’s found some stunning hits and some unfortunate misses. Here’s our take on the 9 men setting the luxury fashion bar at the Oscars 2021.

the best Men’s fashion on the Oscars 2021 red carpet

The leading men of Hollywood made stylish statements on the red carpet of the 93rd annual Academy Awards Sunday night.

Sequined pink tuxedos, all-gold suits reminiscent of the Oscar statuette and a throwback 1970’s-inspired jumpsuit are just some of the eye-catching moments in men’s fashion from the evening.

The 8 most glamorous looks from the Golden Globes 2021

And the bold fashion choices were certainly warranted — many on stars mentioned the red carpet was the first event they had attended since the pandemic started. So it’s no surprise they wanted to step out with a bang.

Here are the best menswear looks from the Oscars.

The 9 men setting the luxury fashion bar at Oscars 2021

Of all the styles put on display, LaKeith Stanfield’s is trending the most. While he wasn’t able to make it to the Oscars in person, the “Judas and the Black Messiah” actor dressed up for the occasion in a bespoke Saint Laurent black jumpsuit with an open chested white shirt with broad lapels.

It was a bold look with with definite flashbacks to the ‘70s. He punctuated the look with a oversized gold ring buckle.

To add to the bling, he wore a Cartier gold pinky ring and an Omega watch. The “One Night in Miami” star was nominated for both Actor in a Supporting Role, as well as for Best Original Song.

The winner for the best tux of the night undoubtedly goes to 9-year-old breakout star of  “Minari,” Alan S Kim. Kim had social media praising his bespoke Thom Browne tuxedo top paired with tuxedo shorts. Topping off the look were knee-high black socks, with only one side sporting broad white stripes. The pint-sized actor, escorted by his mother on the red carpet, exuded style.

The best dressed players and fashion style we love, in the NFL

Like Odom Jr., the “Ma Rainey’s Black Bottom” actor, Colman Domingo, also chose to wear a monochromatic look. That is about the only thing these two looks had in common though. Instead of wearing all gold, Domingo opted for a bespoke Versace pink suit with a matching pink shirt. The look, he describes on his Instagram page, was embroidered with 4500 precious Swarovski crystals and sequins and took more than 150 hours to complete.

Yeun’s effortlessly cool Gucci tuxedo garnered comparisons to James Bond on social media. The “Minari” star, nominated for lead actor for his role in the film, has a history of wearing Gucci. And his Oscars bespoke suit complete with an oversized bowtie was beyond well received.

It is hard to compete with all-pink or gold suits, but Daniel Kaluuya made an understated look a major statement. Wearing a similar outfit to his Golden Globes red carpet look, Daniel wore a dark double-breasted Bottega Veneta suit with a matching knit T-shirt underneath. Of course, he wasn’t completely understated though; the sparkle of his Cartier diamond necklace certainly provided bling competition to the shiny golden Oscar statuette he won for best supporting role in “Judas and the Black Messiah.”

Winner of the Original Score prize for the movie “Soul,” the musician and bandleader Jon Batiste was very stylish.

Batiste walked the red carpet wearing a minimalist Dior men’s tuxedo. Batiste made the look his own by sporting a bright red flower on his lapel.

Nominated: Actor in a Leading Role
Movie: “Sound of Metal”
The Look: Prada

Nominated for Actor in a Leading Role for the movie “Sound of Metal,” Riz Ahmed seemed to be causing a lot of swooning on social media. Wearing an well-tailored black Prada tuxedo suit, Ahmed went for a more casual look by forgoing the vest and bowtie, and wearing a black mock turtleneck tucked under a thin black cummerbund instead.

Academy award winners have never been shy about advocating social justice issues during acceptance speeches. It is rarer, though, for winners to demonstrate their activism by the clothes they wear. Writer, actor, and now Oscar winner for directing the short “Two Distant Strangers,”  Travon Free, did just that in a Dolce & Gabbana tuxedo lined with the names of people killed by police brutality.

Men’s fashion hits and misses at the Oscars 2021

That’s our look at the best men’s fashion hits and misses and style lessons from the Oscars this year 2021. What you’re top pick for best dressed gentleman of the evening, dear reader?