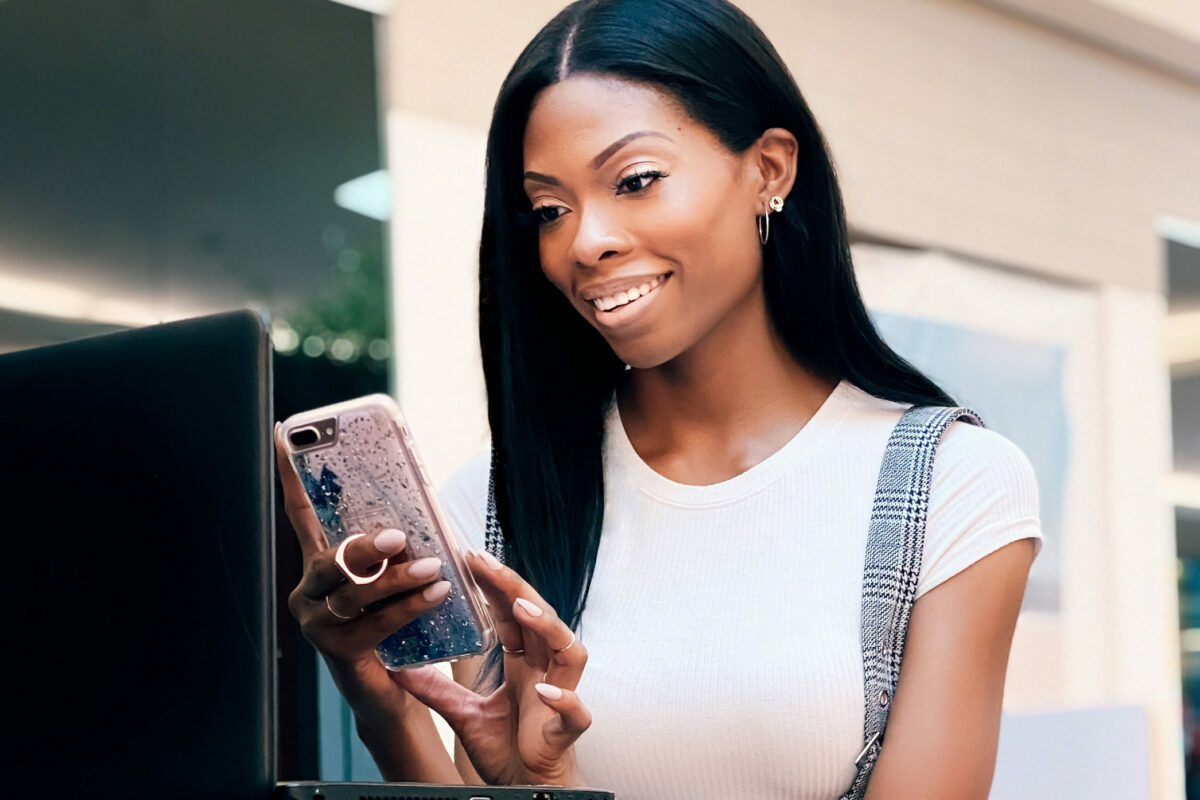 Our Luxury Calendar provides a comprehensive overview of the top events unfolding around the world every month. Some are micro-luxuries (like a really good book) and others are on a grand, epic scale. Personally, if schedules and money were no object, and we could do anything we’d like, here are our top picks for the best luxury events and experiences in the world in May 2021. Consider it your luxury calendar of the can’t-miss events in fashion,  music, sports, travel, art and culture in this month of May 2021.

luxury calendar: how to have a brilliant may

What to do in May, you ask? The better question is where to start. And how to squeeze it all in.

From Frieze New York, Restart Stages at Lincoln Center, bellwether art and car auctions, the groundbreaking Slavery exhibition at Amsterdam’s Rijksmuseum, the Kentucky Derby, movies like A Quiet Place Part II in actual theaters, the Monaco Grand Prix and the start of the season at Glyndebourne, May is filled with glamorous and intellectually stimulating events.

If you have the resources and the time, you can spend every day this month having an incredible luxury experience. There are also whimsical spring celebrations, Mother’s Day and the unofficial start of summer on Memorial Day weekend.

But there’s no need to rush the season. Right now, let’s just say “yes” to May.

the best events in the world of luxury in may 2021

It’s hard to narrow the list down to just the top 25 picks in the world of luxury in May 2021, but here goes.

The NYC Ballet will debut its spring season with a film from Sofia Coppola and Chanel at its virtual Spring Gala. The film was shot entirely on location at the David H. Koch Theater at Lincoln Center and features choreography by NYCB’s Co-Founding Choreographers George Balanchine and Jerome Robbins and current Resident Choreographer and Artistic Advisor Justin Peck – May 5

Frieze New York returns, but to The Shed at Hudson Yards instead of Randall’s Island. Visitors will find imaginative projects from 60 galleries on site.  Some of the art fest’s works virtually in the Frieze Viewing Room. It will be connecting galleries and audiences across the globe – May 5 – 14

The calendar of the top events in the world of luxury art and culture in May 2021: Frieze New York. Courtesy Photo.

NYCxDESIGN takes place across the city’s five boroughs and showcases over a dozen design disciplines. There’ll be a mix of installations, trade shows, panels, product launches and open studios – May 13 – 18

12 books to read now to feel the vibe of May

The calendar of the top events in the world of luxury art and culture in May 2021: Glyndebourne Festival. Courtesy Photo.

The Rijksmuseum will take on 250 years of colonial history spanning four continents for its forthcoming Slavery exhibition, which considers the slave-trading networks both across the Atlantic and the Indian Oceans. It will be organized around the life stories of ten individuals. This includes enslaved people, slave owners and those who resisted the system – May 25

Billie Elish ($35) will finally give fans a glimpse inside her life with a treasure trove of photographs. Up until now, Eilish has been very guarded about her personal life – May 11

The calendar of the top events in the world of luxury art and culture in May 2021: Billie Eilish. Courtesy Photo.

David Rockwell’s fascination with theater has long informed his built work, which includes hotels, restaurants and cultural institutions. Drama ($60) explores the core principles that Rockwell uses to enhance the impact of his architecture, with contributions from experts across the creative world – from record producer Quincy Jones to chef José Andrés – May 26

Writer and comedian Ziwe Fumudoh gained traction in 2020 when she brought her YouTube series Baited with Ziwe to Instagram for weekly livestreams. Now she’s getting an even bigger platform with her new series Ziwe on Showtime. The star leads a variety show. It is set to feature a handful of exciting guests like Jane Krakowski and Jeremy O. Harris in comedy sketches – May 9

Based on the Pulitzer Prize-winning novel by Colson Whitehead and directed by Academy Award-winner Barry Jenkins, The Underground Railroad on Amazon Prime follows Cora Randall, who escapes a Georgia plantation in search of the rumored Underground Railroad, only to discover it’s an actual railroad filled with engineers, conductors and a secret network of tracks and tunnels underneath the South – May 14

The calendar of the top events in the world of luxury art and culture in May 2021: The Underground Railroad. Courtesy Photo.

The six-part docuseries Pride on FX chronicles the contemporary LGBTQIA rights movement in the US with each episode focusing on a decade, beginning in the ’50s and ending with the ’00s – May 14

Emma Stone stars as Cruella on Disney+, the live-action prequel story of the dog-hating villainess viewers first met in 101 Dalmatians – May 28

The calendar of the top events in the world of luxury art and culture in May 2021: Martha Redbone and Norm Lewis. Courtesy Photo.

Daddy’s Home, St. Vincent’s sixth studio album drops this month. Recently released singles “Pay Your Way In Pain” and “Melting in the Sun” hint at a 70’s vibe for the record – May 14

The race for the Triple Crown starts with the 147th running of The Kentucky Derby. Often referred to as “The Most Exciting Two Minutes in Sports”, the Derby is the 2nd oldest horse race in America. It’s usually held on the first Saturday of May at Churchill Downs – May 1

The calendar of the top events in the world of luxury art and culture in May 2021: The Kentucky Derby. Courtesy Photo.

Headlining Christie’s 21st Century Auction is a rare skull painting by Jean-Michel Basquiat titled “In This Case” estimated at over $50 million. The sale will also feature a Pablo Picasso estimated to go for more than $50 million. There will be other trophy works by Claude Monet, Mark Rothko and Vincent Van Gogh – May 11

The annual Amelia Island Concours d’Elegance returns this month for its 25th edition, taking place alongside the RM Sotheby’s Amelia Island Sale – May 20 – 23

In 2012, Rory McIlroy captured the Wanamaker Trophy by a record margin of eight strokes in South Carolina’s first-ever major golf championship. In May of 2021, the strongest international field in golf will return to The Ocean Course at Kiawah Island Golf Resort for the 2021 PGA Championship – May 20 – 23

The Formula 1 Grand Prix De Monaco returns to the winding streets of Monte Carlo. Who will be crowned champion of this prestigious race? A combination of precision driving, technical excellence and sheer bravery is required – May 23

The calendar of the top events in the world of luxury art and culture in May 2021: Monaco Grand Prix. Courtesy Photo.

The French Open is the 2nd of four annual Grand Slam events. It takes place on the red clay at Roland Garros in Paris. This year’s tournament will see Roger Federer make his long awaited return to play following injury – May 24 – June 13

The unspoiled coastal mountain landscape is just one of the draws at the One&Only Portonovi, Montenegro along the Adriatic Coast. Guests also will have access to a private beach and the world renowned Chenot Espace. It is a unique wellness concept that merges Chinese medicine with Western technology – May 1

After steady openings along the west coast and in Miami, the beachy, barefoot elegance of Palihouse expands their California footprint with a new property in Santa Barbara. Housed in a Spanish-Colonial structure in the Presidio neighborhood, the Palihouse Santa Barbara ambiance is described as “vintage preppy meets American Riviera”

The calendar of the top events in the world of luxury art and culture in May 2021: Palihouse Santa Barbara. Courtesy Photo.

Just in time for summer the award-winning duo Honey & Co are presenting delicious Middle Eastern dishes to cook over fire or grill in their new book Chasing Smoke: Cooking Over Fire Around the Levant ($35) – May 13

Now in its 38th year, the annual Paso Robles Wine Festival brings together more than 150 producers for winemaker dinners, live music and open-house events at wineries – May 20 – 23

1. the first of may celebrations

May Day is one of the most popular holidays of the year in France; most shops and museums are closed to celebrate the nation’s Labor Day. Be on the look-out for lilies of the valley, which are a symbol of good luck.  In China as well, May 1 is the country’s annual Labor Day.

May Morning at Oxford in England is a joyous way to greet the month, with a choir singing a hymn from the Magdalen Tower at dawn. It will be followed by dancing and singing in the streets.

2. the fifth of may parties

Cinco de Mayo is the annual celebration held to commemorate the victory of Mexican forces over the French at the Battle of Puebla in 1862 – May 5. Tequila!

3. the rest of the month

May 2 through May 16, New Yorkers will get to walk through a plethora of magical flowers at the Macy’s Flower Show in Herald Square. This year’s theme is “Give. Love. Bloom.” and, according to an official press release, the “presentation will feature magnificently landscaped gardens. It is inspired by the feeling of hope for a brighter year ahead.”

The annual Aids Walk New York first started in 1986 and is still the largest walk-a-thon in the world, attracting over 30,000 people though this year the event will remain virtual due to Covid. The money raised goes to Gay Men’s Health Crisis (GMHC) and over 40 other local AIDS service organizations – May 16.

In addition to all of that, Mother’s Day in the United States is on the 9th, Eid al-Fitr begins on the 12th, and Memorial Day is the 31st.

what to do to have true luxury experiences in may 2021

That’s it. Our luxury calendar of the best luxury events and true luxury experiences in May 2021. What are you most excited about, dear reader?