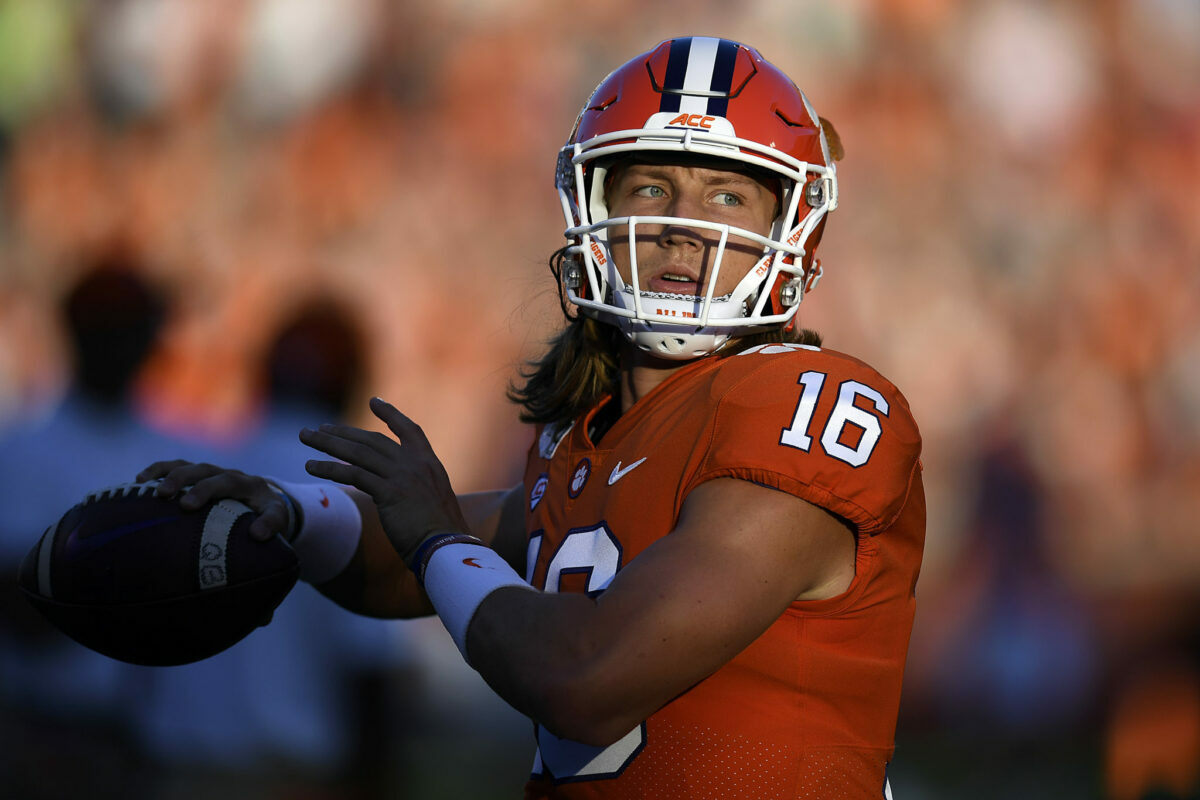 This Week in Sports Talk (TWIST) is our weekly roundup of top headlines and current news events from the past seven days in the world of pro sports, plus a preview of what’s up next. Heading into the week of May 2, 2021, these are the top 10 headlines you need to know about to understand and join the conversation this week about professional sports, including football, baseball, golf, tennis and basketball news.

Every now and then a sports star parlays their fame into a successful career as an entrepreneur. The latest proof point is MMA fighter Conor McGregor, who sold his minority stake in the Proper No. Twelve Irish whiskey brand in a deal worth up to $600 million. The buyer, Proximo Spirits, also owns the Jose Cuervo brand.

Top headlines in sports heading into the week of May 2, 2021: MMA fighter Conor McGregor sold his stake in the Proper No. Twelve Irish whiskey brand. Courtesy Photo.

top 10 headlines to know to understand and join the talk about sports this week: May 2, 2021

In what ended up being an entirely predictable set of moves, three quarterbacks went first in this year’s NFL Draft.

As expected, Clemson’s Trevor Lawrence was the No. 1 pick, and he’s heading to the Jacksonville Jaguars.

Top headlines in sports heading into the week of May 2, 2021: Trevor Lawrence is the top pick in the 2021 NFL Draft. Courtesy Photo.

Having traded their starting quarterback (and 2018 No. 3 pick) Sam Darnold to the Carolina Panthers, the New York Jets took Zach Wilson with their No. 2 pick.

The San Francisco 49’ers were up next, and they drafted Trey Lance, a quarterback from North Dakota State.

But it wasn’t all about the quarterbacks. “The greatest tight end ever,” Kyle Pitts of the Florida Gators, became the highest-drafted tight end in NFL history when the Atlanta Falcons selected him with their No. 4 pick.

Top headlines in sports heading into the week of May 2, 2021: Kyle Pitts makes history as highest-ranking tight end pick in the NFL Draft. Courtesy Photo.

3. other NFL Draft Round 1 highlights

Things got interesting in Round 1 after those first picks.

The New York Giants traded down out of the number 11 slot in a deal with the Chicago Bears, who then who then drafted Ohio State quarterback (and our latest crush object – sorry Kyler Murray) Justin Fields.

Top headlines in sports heading into the week of May 2, 2021: Ohio State quarterback Justin Fields is heading to the Chicago Bears. Courtesy Photo.

The Cincinnati Bengals made a pick to help out their franchise quarterback Joe Burrow, drafting star wideout Ja’Marr Chase, who played with Burrow at LSU.

Meanwhile, we denizens of Patriots Nation have perked up a bit. The Pats drafted Alabama quarterback Mac Jones with their No. 15 pick. The chatter is that Jones could be the next Tom Brady. His skills and style of play are old school, just like Brady’s.

However it works out, head coach Bill Belichick has now drafted more players from a single coach (Alabama’s Nick Saban) than anyone else in NFL history.

Top headlines in sports heading into the week of May 2, 2021: Alabama’s Mac Jones will join the New England Patriots. Courtesy Photo.

Meanwhile, just before the draft commenced, quarterback Aaron Rodgers made it clear that he wants out of Green Bay. He’s been nursing hurt feelings since the 2020 draft, when the Packers opted for a young quarterback rather than a support for him.

CBS Sports reports that the Denver Broncos have put together an “impressive package” for Rodgers and appear to be the frontrunners to land the quarterback.

Top headlines in sports heading into the week of May 2, 2021: Aaron Rodgers has made it clear that he’d like to be traded from the Green Bay Packers.

In other quarterback news, the Carolina Panthers sent Teddy Bridgewater to the Denver Broncos this week.

The bank is totally back together! The Super Bowl champion Tampa Bay Buccaneers have signed Antonio Brown to another one-year deal. Meanwhile, his teammate Rob Gronkowski – always up for a good time – this week set a Guinness record for catching a football dropped from over 600’ from a helicopter. Life in Tampa Bay is sweet.

5. Upset at the Kentucky Derby

The 147th Kentucky Derby at Churchill Downs went off as planned last night. Going in, Essential Quality was the favorite to win. But in a huge upset, Medina Spirit, which had the sixth best odds at 12-1, won the race.

Trainer Bob Baffert now stands alone with seven Kentucky Derby wins in his career, a record in the sport.

Top sports news headlines in football, basketball and baseball heading into the week of May 2, 2021: Tom Brady at the 2021 Kentucky Derby. Courtesy Photo.

The win may have been an upset, but personally, we’re more upset by this hat that NFL star Tom Brady rocked at this year’s Run for the Roses. Wut???? Giselle, come on. Don’t let your man out of the house looking like that, girl.

6. Nets and Jazz on top in the NBA this week

As of this posting, the NBA’s Brooklyn Nets are in first in the East, followed by the Philadelphia Seventy Sixers and the Milwaukee Bucks. In the West, it’s the Utah Jazz, with the Phoenix Suns and LA Clippers rounding out the top three.

The once-fearsome Lakers are currently in 6th place, with LeBron James still out with an injury.

Top sports news headlines in basketball, football and baseball heading into the week of May 2, 2021: The Utah Jazz are a the top of the Western Conference. Photo by Zach Beeker/NBAE via Getty Images.

If you require further proof of that this is the Brooklyn Nets’ moment, consider this. Kevin Durant and Mike Conley joined Kobe Bryant in the ranks of NBA players who have won Oscars a week ago after ‘Two Distant Strangers’ took home the 2021 Academy Award for Best Short Film. The two were executive producers on the film.

The Golden State Warriors’ Steph Curry continues to break records with his 3-point shooting. Curry hit six more 3-pointers on Thursday, and finished the month of April with 96 threes, shattering James Harden’s previous record of 83 for a calendar month.

Los Angeles Angels’ player Shohei Ohtani – a pitcher as well as a slugger – struck out nine and also scored three runs and drove in two in as his team beat Texas 9-4 this week.

Top sports news headlines in baseball, basketball and football heading into the week of May 2, 2021: “Baby Ruth” ties with the actual Babe Ruth. Courtesy Photo.

A day after hitting his seventh homer to tie for the major league lead, Ohtani became the first home run leader to be the starting pitcher for a game since Babe Ruth did it for the New York Yankees against Detroit on June 13, 1921.

Baseball fans in Gotham are still moaning and holding their heads in frustration. As of this posting, the New York Yankees (13-14) are tied with the Baltimore Orioles (13-14) for third place in the AL East. The pinstripes’ arch rivals, the Boston Red Sox (17-10), lead the division. And that’s without Mookie Betts!

Despite the continued awe-inspiring feats of their ace Jacob deGrom, the crosstown New York Mets (9-11) are currently in fourth place in the NL East.

This week in hockey, the Las Vegas Golden Knights saw their 10-game winning streak – the longest of any team this year – snapped on Friday night.

The Stanley Cup playoff seeding is getting finalized day by day, with the last regular-season game slated for May 19. The Golden Knights, Toronto Maple Leafs, Tampa Bay Lightning and New York Islanders are in. The New Jersey Devils and New York Rangers are not.

10. a bad day at work for Bryce Harper

Finally, for those who may be experiencing the “Sunday Scaries” as you contemplate returning to the office tomorrow, take comfort that your worst day this week is unlikely to compare to Bryce Harper’s. This is what a truly bad day at work looks like: Harper left the Phillies-Cardinals game this week after taking a 97 mph fastball to the face. Jeez! Pretty sure whatever the work week hurls at you, it won’t be going quite that fast.