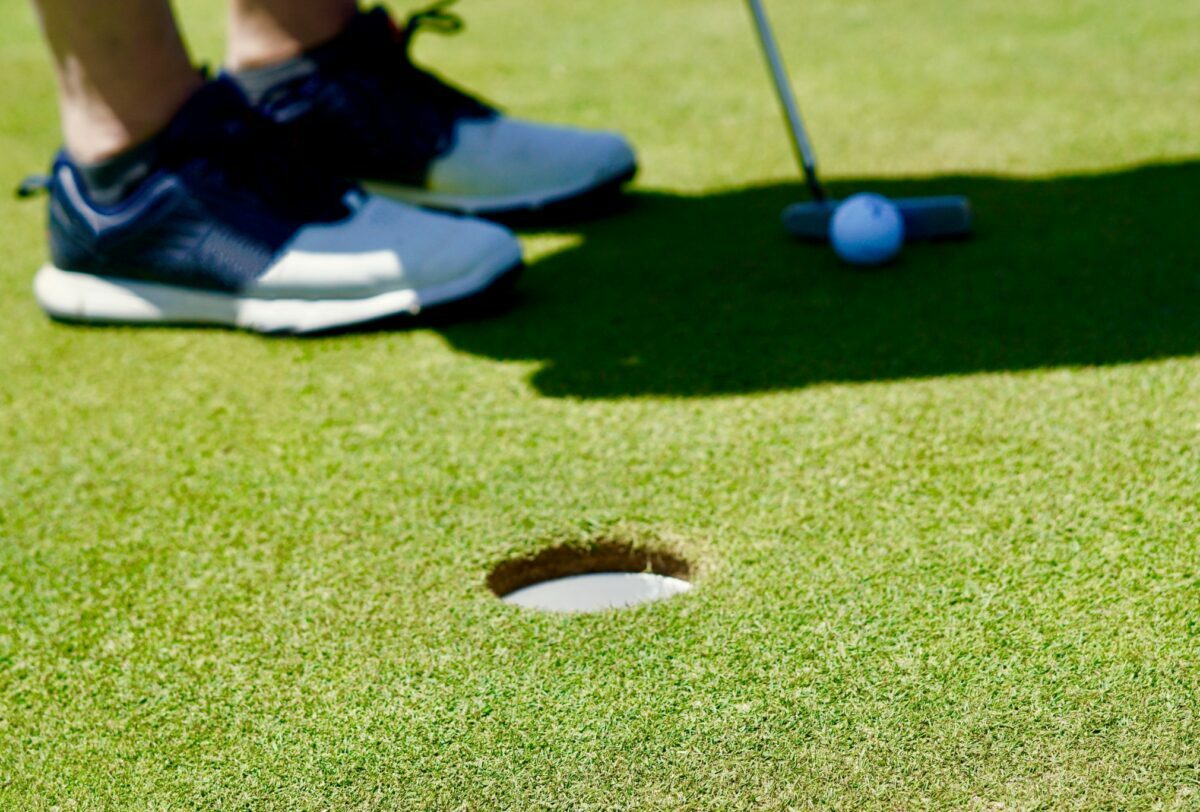 The very phrase “golf clothes” used to generate eye rolls in the fashion-forward folk of the world. Dad polo shirts and shorts, and a country club vibe that felt simultaneously exclusionary and otu of date. But there’s a new breed of golfer out there who’s looking for designer men’s golf clothes that are as hip and cool as what they wear on the street (or in the office). Our correspondent Tomas White has curated a list of 5 of the best luxury designer fashion streetwear brands that are defining the new look for men’s golf clothing.

Men’s Golf course attire is getting the designer streetwear treatment

Club house-inspired wardrobe staples with an urban sensibility are teeing off as a new breed of menswear designers bring a more relaxed aesthetic to the traditionally buttoned-up sportswear.

Of all the main sports, golf definitely has the perception of being the stodgiest of all. It is bound by traditions, is seen as predominantly male and white. It is associated with extremely exclusive country clubs with strict dress codes. According to the National Golf Foundation, in only 3% of recreational golfers were African-American in 2018. And that number drops to 1.5%, when it comes to competitive golfers. Though the numbers are still shockingly low, this is still an improvement from the past. Twenty five percent of junior golfers are now non-Caucasian compared with 20 years ago when just six percent were minority participants.

From hip hop artists, to professional football and basketball players, to a growing pool of minority youth players, a new generation of players is challenging these norms. One of the first designers to actually try to bring an urban sensibility to golf was Craig Tanner, with the brand Urban Golf Gear in the early 2000s who made hoodies with a prominent logo of a player with dreadlocks swinging a club. Tanner told the New York Times back in 2004 retail stores refused to take a risk selling his products. And the musician and actor Tyler, the Creator established a streetwear brand called Golf Wang in 2011 which was clearly inspired by the sport, though it was never really meant to be worn to the course.

Fortunately, a slew of designers are changing the game with these golf-driven streetwear collections. The best part is — you don’t even have to play to dress like an MVP.

One of the hottest new streetwear golf brands is Detroit-based Eastside Golf. Founded in 2019 by two Morehouse College Golfers, their instantly recognizable logo consists of an African American golfer mid-swing, wearing jeans, a sweatshirt, and gold chain. Sales have grown rapidly thanks to a slew of celebrity endorsements from the likes of Oklahoma City Thunder point guard Chris Paul, along with savvy Instagram marketing and speaking out on important social justice issues. Concerned about the silence from the PGA about racial justice issues, the founders of Eastside Golf created their own Instagram video with PGA members expressing their support for the Black Lives Matter movement, which drew a quick response of support from the PGA itself.

“We had confidence that we would capture Black people, but we’ve been pleasantly surprised with the response from other groups. The culture of hip hop, golf, and race and streetwear is such a melting pot,” Earl Cooper, a cofounder, told GQ magazine.

With aspirations to expand their product lineup, open an academy, and start a nonprofit, their aims are lofty, and they might have just timed their entrance perfectly. They are continuously expanding their product line up with items like sweatshirts, T-shirts, hats, as well as accessories.

The fact that this brand is not called the Par Boys in itself shows the relaxed and laid-back attitude that Bogey Boys is trying to bring to golf. Founded by the Grammy-winning rapper Macklemore, he claims that his passion for the sport was sparked late in life. It was by the simple pleasure of beating his ultra-competitive brother. It sounded like an epically long, comedy-filled single round of golf.

An interesting mix of 1950’s vintage looks, quirky color blocking, and sweatshirts and T-shirts with prominent branding. There is no mistaking that this is not your standard golf attire. After getting the golf bug, Macklemore could not find any clothing that excited him. He is consciously trying to challenge what it means to look like a golfer. For someone who made his millions with a breakout hit song about the thrills of Thrift Shops, the look seems genuine to his sensibilities.

Reacting against the sleek look of Tiger Woods’  slim, stretchy pants and athletic mock-turtle necks, Stephen and Erica Malbon, founders of the namesake Malbon golf line, sought to create clothes that would cater to skaters, surfers, and as he told the Wall Street Journal, “people who were interested in golf, but also loved sneakers or loved fashion or music.”

The desire for street cred however hasn’t come at the expense of quality. Malbon partnered with the likes of Nike, Calloway and Champion to create its own branded line.

While Malbon might not have as distinct a look at the other brands on this list, their range of styles certainly caters to a broader audience.   Whether you want a tie-dye polo with a logo of golf ball that looks like Cheech (of Cheech and Chong fame) or your standard issue Champion gym shorts, you could certainly wear Malbon clothing both off and on the links. In fact, you can even wear Malbon in a nightclub. Their gloves apparently have been spotted being worn by late night LA partiers swingin martinis instead of clubs. Vogue probably put it best: the Malbons “straddle the schism between hip and bougie.”

Devereux was started by two brothers from West Texas who did a complete 180 from their oil-industry jobs to start a brand that is clearly fun and on the preppie side. Not as heavy handed with logos, this is streetwear that can easily go from the casual office to the links. If they were to have a logo, it is the recurring word: G*LF. Why? Well as one of the brothers quips: “Do you know why they call this game “golf.”? Because all of the other fore letter words were taken.” One more thing that stands out with Devereux is that they also have kids line, which is pretty cool.

That’s our take on 5 of the best luxury designer fashion streetwear brands you need to know about right now that are defining the new look for men’s golf clothing. What do you think, dear reader? Are you ready to level up your golfing wardrobe?