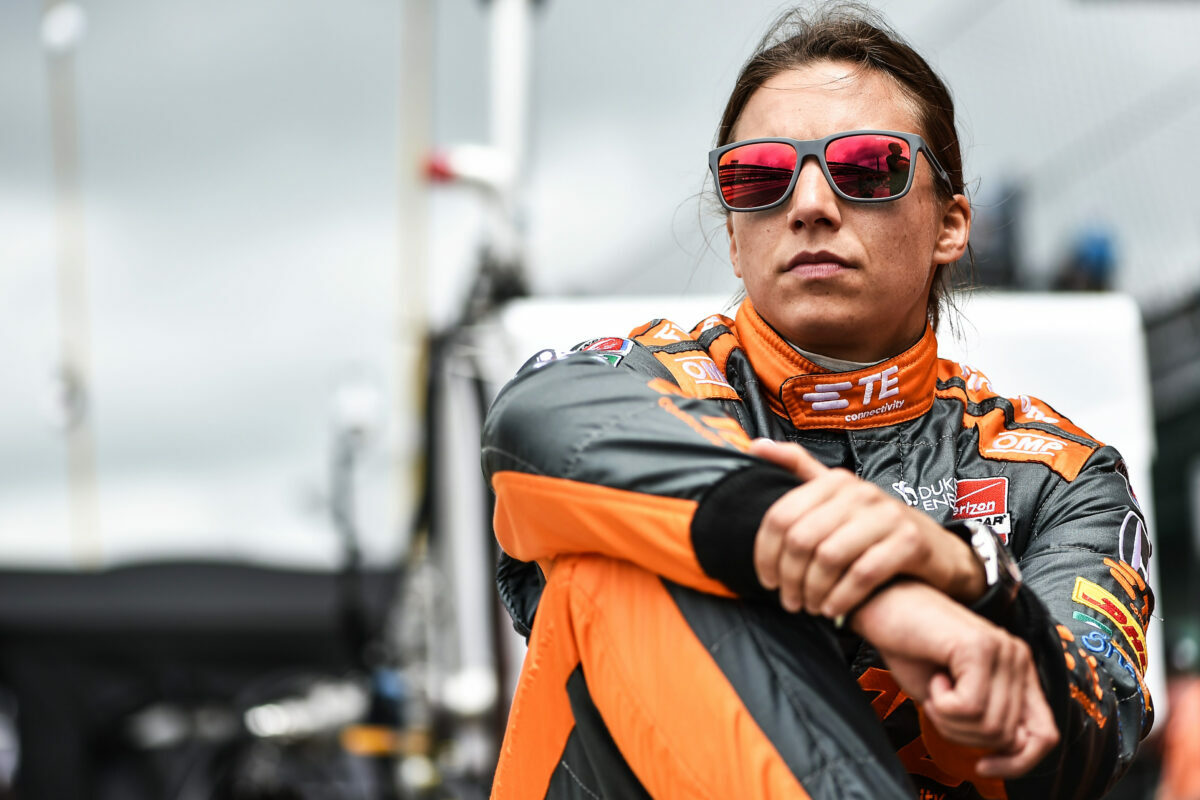 This Week in Sports Talk (TWIST) is our weekly roundup of top headlines and current news events from the past seven days in the world of pro sports, plus a preview of what’s up next. Heading into the week of May 30, 2021, these are the top 10 headlines you need to know about to understand and join the conversation this week about professional sports, including football, baseball, golf, tennis and basketball news.

We begin this Memorial Day weekend report by noting how the world of sports is playing its part in the secular trend toward less restrictive gender norms and the shattering of glass ceilings.

First, in addition to his recent acquisition of the NBA and WNBA franchises in Minneapolis, the newly single Alex Rodriguez has a new gig as the face of a just-launched line of color cosmetics for men.

The former Yankee star has teamed up with Hims & Hers — a beauty and wellness company in which he and Lopez became investors together last year — to develop and market the brand’s first line of makeup for men.

The Blur Stick, priced at $17, is “a convenient concealer specifically designed for men that can be used for skin imperfections.” Ready to get your glow on? Grab yours here.

Meanwhile, the Indy 500 roars by this weekend in its 105th edition. And for the first time a team comprised of 70% female members is in the running. Women hold lead roles in both the competition and the commercial sides of the Paretta Autosport team – including team owner Beth Paretta and Swiss driver Simona De Silvestro (who was the Indianapolis 500 Rookie of the Year in 2010).

Paretta has some advice for anyone out there who wants to know how to increase gender diversify on their own teams. “Hire hard-working women,” she told Reuters. “End of story.”

So far, the NBA post-season has not disappointed. Underdogs, upsets and the return of the King. If you haven’t been watching, now is a good time to start.

In the East, all of New York is abuzz about the Knicks meeting the Atlanta Hawks in Round 1. And actually winning a game, in no small part thanks to Derrick Rose. A friend of ours was at the game at Madison Square Garden on Wednesday night when the Knicks won a playoff game for the first time since 2013 – a 101-92 victory over Atlanta. He reported that it was “insane!” You would have thought they had won the national championship, given the singing, dancing and all-night revelry that ensued after the win. Go, Knicks! Go, New York City!!!

Friday night, the Hawks took the series to 2-1 with a win at home. Atlanta’s Trae Young was the star of that game. But Spike Lee generated the most attention with his absolutely desolate expression and hangdog demeanor after the loss. The long-time (and long-suffering) Knicks fan had traveled to Atlanta in the hope of seeing his team take a 2-1 lead. We feel you, Spike! Game 4 is this afternoon.

Oh, right, there’s another NBA team in Greater Gotham, isn’t there? The Brooklyn Nets and their all-star trio of Kevin Durant, James Harden and Kyrie Irving are trying to prove that they can go the distance against the Boston Celtics in Round 1. But the Celts’ Jason Tatum is in the way, delivering stellar performances. In a win on Friday night, at age 23, Tatum became the third-youngest player to score over 50 points in a playoff game. What can the Celts do without Jaylen Brown? More than you might think, dear reader. Game 4 is this afternoon.

Milwaukee cruised to a 113-84 win over Miami on Thursday and last night Giannis Antetokounmpo led the Bucks past the Heat 120-104, sweeping into the second round of the postseason. A fitting response to the 2020 playoffs, when the Heat eliminated the highly-favored Bucks in postseason play.

Finally, the Washington Wizards are down 3-0 against the Philadelphia Seventy-Sixers, with their injured star point guard Russell Westbrook’s absence clearly affecting them.

bad behavior breaks out in the East

The Eastern Conference playoffs have been plagued by poor fan behavior in Round 1. A Philadelphia fan deliberately spilled popcorn on Washington’s Russell Westbrook as he left a game early. And at Madison Square Garden, a Knicks fan spit on Trae Young of the Atlanta Hawks.

Both fans have been fined and banned from future playoff games this season. But for some, that’s not punishment enough. On Inside the NBA this week, Charles Barkley proclaimed: “I think you should be able to go up in the stands and beat the hell out of one person per game.” Ummm . . . yes, that would definitely be one way to handle it. Thanks for the input, dude.

After having to prove themselves in the Play-In Tournament, the defending champion LA Lakers are starting to look like their previously ferocious selves. Thursday night they beat the Phoenix Suns, 109-95, to go up 2-1 in the series. Anthony Davis had 34 points and 11 rebounds in the matchup, while the Suns’ star Chris Paul played only 23 minutes and didn’t seem to be in full form. He has a shoulder injury that is perhaps more serious than the front office is letting on. Game 4 is tonight in LA.

It’s worth noting that LeBron has previously led his team to a 6-0 record following a playoff loss. Repeat? Watch this space for further updates.

Also in the West, the Denver Nuggets and Portland Trail Blazers are tied in their series at 2-2. The LA Clippers finally won a game against the Dallas Mavericks. But they still trail 2-1, and neither team has won at home yet.

In other news, this week the NBA announced that the creation of a new entity called NBA Africa. Former NBA stars like Dikembe Mutombo, Luol Deng, and Grant Hill will serve as investors for the new brand.

In other areas of NFL discontent, Julio Jones went on the record in an interview on Fox Sports’ Undisputed, saying that he no longer wants to play for the Atlanta Falcons. Potential suitors are rumored to be the 49’ers, Ravens and Patriots.

Controversy seems to follow Tim Tebow wherever he goes. The latest conspiracy theory now that he’s been tapped to play for the Jacksonville Jaguars is that head coach Urban Meyer wants to use Tebow the way Sean Payton used Taysom Hill to support Drew Brees for the last four years. Our Sports Desk is skeptical, noting that Tebow, who’s in his early 30’s, doesn’t have the speed or agility of a Taysom Hill (aka, the NFL’s Swiss Army Knife).

4. This week in major league baseball

While some on the New York Mets roster are returning from the IL, and the team remains in first place in the NL East, Mets ace Noah Syndergaard will be out for six weeks with right elbow inflammation (Syndergaard had Tommy John surgery last year). Pete Alonso is still out, and shortstop Francisco Lindor is still struggling with his swing. But the Mets won big last night, with a 13-2 victory over the Atlanta Braves.

The second-longest winning streak of this season ended on Tuesday when the Tampa Bay Rays lost to the Kansas City Royals, 2-1. Before the loss, they were on an 11-game roll, the second-longest in franchise history. The franchise record is 14-straight wins (and the 2021 MLB-best of is 13 straight, which the Oakland A’s pulled off in April). But don’t feel too badly for them: the Rays are in first place in the AL East.

Meanwhile, as of this posting the New York Yankees have lost 4 of their last 5, and they’ve lost their ace Corey Kluber for 2 months to a muscle injury. But at least they’re not playing as badly as the Pittsburgh Pirates.

This week in a game against the Pirates, the Cubs forced them to make a play that has now been declared “the stupidest play ever in any league.” Including the pros and Little League.

Chicago Cubs shortstop Javier Baez turned a routine ground ball to third base with a runner on third and two outs into a hit for the ages, thanks to quick thinking that seemed to absolutely confound opposing Pirates first baseman Will Craig. Having caught a throw from an outfielder, all Craig needed to do was tag first base and Baez would be out, the inning would be over, and no one would have scored a run. He could also have chased Baez down and tagged him out.

But Craig did neither. Instead, he allowed Baez to lure him away from first base. When the Cubs player on third ran for home base, Craig tossed the ball to his catcher – but the Cubs player was safe. Meanwhile, Baez safely crossed first base and made it to second while the Pirates threw wildly all around him. In the end, the Cubs won the game and swept their series with Pittsburgh. And adding to the legend of Baez as El Mago – The Magician.

A week ago, Phil Mickelson made history when he shot a 1-over 73 at the PGA Championship to win the sixth major championship of his career. Fending off Brooks Koepka and Louis Oosthuizen, he became the oldest golfer to win a major, at 50 years old.

Gonzaga star post player Drew Timme announced Wednesday that he will return for his junior season. Zags fans are relieved – Timme averaged 19 points and seven rebounds while shooting 65.5% in the 2020-21 season, leading his team in scoring and rebounding. Gonzaga finished the season 31-1, with a loss to Baylor in the national title game. Their prospects for 2022 are looking a lot brighter now.

The Washington Capitals were knocked out of the NHL playoffs this week. The Vegas Golden Knights advanced after a 7-game series. And once again, a New York City versus Boston rivalry is on. The Bruins will meet the Islanders; last night in Game 1 the Bruins won, 5-2.

Naomi Osaka announced through social media this week that she won’t be speaking to the press during the upcoming French Open. She cited her own mental health as the main reason, and says that she will accept any fines sent her way as a result of her decision.

On the men’s side, the singles draw has led to an outcome that fans won’t like: the superstar trio of Rafael Nadal, Novak Djokovic and Roger Federer are all in the same draw. Meaning that only one will make it out of the quarterfinals. So much for an all-star Final this year.

Tiger Woods broke his silence for the first time since his horrific auto accident three months ago. Woods spoke with Golf Digest about his progress in rehabilitation, and the struggles he’s faced so far. He described his recovery from surgery on his right leg as “more painful than anything I have ever experienced.”

The conversation on whether or not to hold the Summer Olympics in Tokyo in July continues to heat up. This week, the U.S. counseled that its citizens not attend, as COVID-19 numbers climb and Japan struggles to get its vaccination rates up.