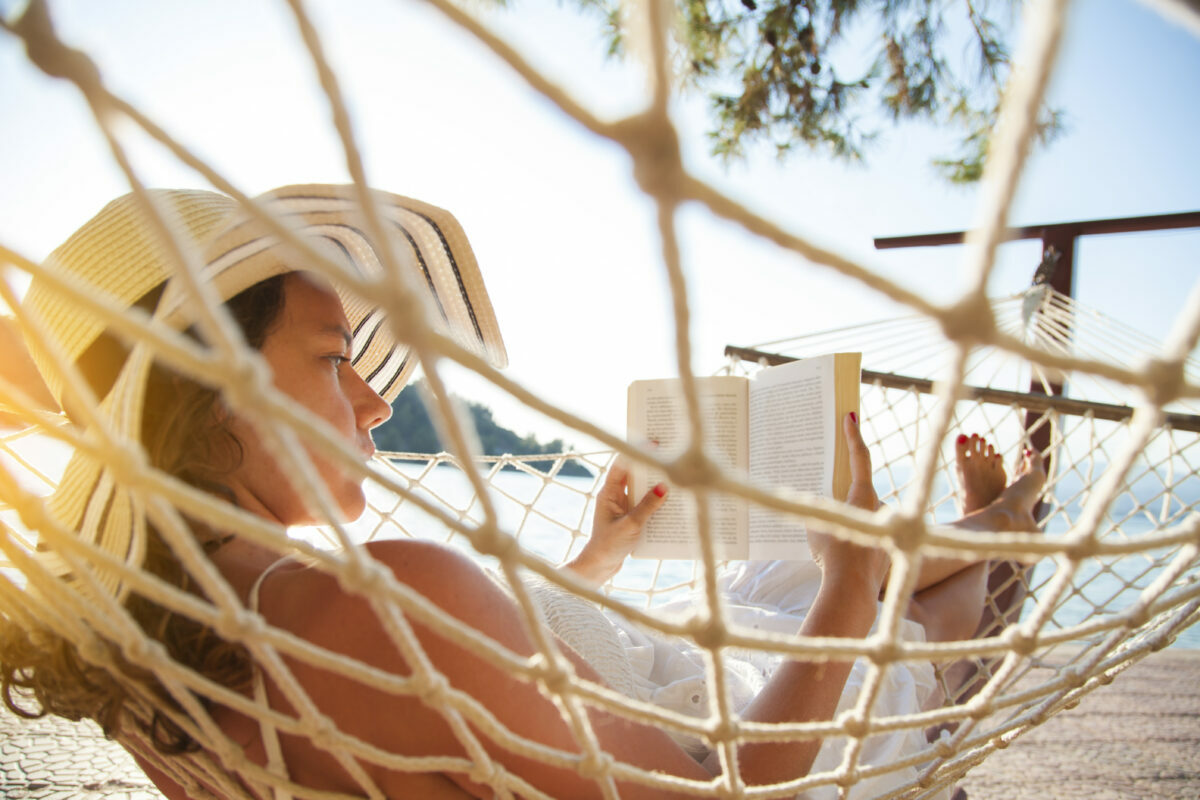 New month, new books! Book Light is our Dandelion Chandelier curated list of the most-anticipated new book releases every month, and next up is June 2021. If you ask us, the perfect June read is as light and sunny as the start of summer. So what are the best new books to read coming out in June 2021? We’ve shared beach reads and thrillers for summer 2021. But our intrepid team has kept exploring, and here’s what we found: 29 other exciting and powerful new book releases, including novels and non-fiction, coming out this June 2021 that are at the top of the list for what to read next.

what are the most-anticipated new book releases for June 2021?

Wondering what to read in June 2021 among all the new novels and new non-fiction books?

The new book releases, including novels and non-fiction, coming out this June 2021 that are at the top of our list for what to read next.

There are new memoirs from Ashley C. Ford and Danielle Henderson. New histories of Black cartoonists and the legacy of slavery in America. A fresh account of the struggle for marriage equality. Fascinating popular science books about the environment’s ability to heal itself and the Space Race.

Rain or shine, you’ll find us somewhere reading this month! Here’s our pick of what to read in June 2021: the top new book releases – novels, essay collections, and non-fiction. You can pre-order them now if you like.

In addition to these new June 2021 book releases, we’ve got even more suggestions about what to read next.

1. With Teeth by Kristen Arnett.

The author of the wonderful Mostly Dead Things returns with With Teeth, a new novel about a queer family in Florida. Sammie struggles as a stay-at-home mother to Samson, her difficult son, while becoming increasingly resentful of Monika, her confident but absent wife. By the time he’s a teenager, their home life and its messiness may be at risk of an indelible stain.

In the memoir Somebody’s Daughter, the author shares the pain and confusion of growing up in Indiana with a father who is absent because he’s incarcerated. His offense? She doesn’t know. Her fraught relationship with her mother sends her on a quest for unconditional love with a boy. When her romantic relationship with a mate her mother doesn’t like turns violent, it becomes just one more terrible secret in her life. This is a searing take on the difficulties of growing up impoverished, without a father, and without the other family bonds that might make it more bearable.

3. Islands of Abandonment by Cal Flyn.

Islands of Abandonment: Nature Rebounding in the Post-Human Landscape traces the path of an an investigative journalist who visits some of the most desolate places on Earth. Abandoned because of war, disaster, disease, or economic decay, the humans are gone. In their absence, she discovers that nature has rushed in to fill the void with remarkable results.

12 perfect books to read to feel the month of June

Inspired by Tolstoy’s The Sevastopol Sketches, in his debut novel the Brazilian author weaves together three stories of yearning and loss, obsession and madness, failure and the desire to persist.

5. Palace of the Drowned by Christine Mangan.

Following on the heels of the best-selling Tangerine, a mystery set in 1950s Tangier, in Palace of the Drowned, the author moves north to Venice. It’s 1966 and Frankie has retreated to her friend’s vacant palazzo to nurse her disappointment. Her early success as a writer has been followed by a drought of creativity and a torrent of scathing reviews. When a precocious young admirer pursues a friendship with her, over time she sees that things are not as they seem. Meanwhile, the catastrophic floods that wreaked havoc on the city are just beginning.

6. How the Word is Passed by Clint Smith.

Written by a poet and staff writer for The Atlantic, How the Word is Passed: A Reckoning with the History of Slavery Across America is a journey through history. And through contemporary America. Beginning in his hometown of New Orleans, the author leads a tour of monuments and landmarks that tell the story of how slavery and the narratives surrounding it have indelibly shaped us and our nation.

8 expert tips for becoming a more regular and engaged reader

In It’s Life As I See It: Black Cartoonists in Chicago, 1940–1980, we learn of another too-little-known chapter of Black history. Between the 1940s and 1980s, Chicago’s Black press—from The Chicago Defender to the Negro Digest to self-published pamphlets—was home to some of the best cartoonists in America. This volume is a compilation of some of the most memorable and iconic of their works.

8. The Engagement by Sasha Issenberg.

On June 26, 2015, the U.S. Supreme Court ruled that state bans on gay marriage were unconstitutional, making same-sex unions legal across the United States. The Engagement: America’s Quarter-Century Struggle Over Same-Sex Marriage is the behind the scenes history of the long and difficult road to that momentous decision.

If the United States couldn’t catch up to the Soviets in space, how could it compete with them on Earth? That was the question facing John F. Kennedy at the height of the Cold War. In Mercury Rising: John Glenn, John Kennedy, and the New Battleground of the Cold War we learn how the space race became a way to assert American dominance in the world. And to restore confidence and optimism at home.

10. Everyone Knows Your Mother Is a Witch by Rivka Galchen.

This is the second novel from the critically acclaimed author of Atmospheric Disturbances. In Everyone Knows Your Mother is a Witch, its 1618 in the German duchy of Württemberg. Plague is spreading and The Thirty Years’ War has begun. When a jealous rival accuses the widowed Katharina of being a witch, it will take her son the scientist, her neighbor the widower (who has his own secrets) and the triumph of logic over fear to keep her from a terrible fate.

The author of the famous (or infamous) non-fiction work Three Women returns with her debut novel. Joan has spent a lifetime enduring the cruelties of men. But when one of them commits a shocking act of violence in front of her, she flees New York City. With the help of her friend Alice, she hopes to make sense of her rage – and regain her agency to fight back.

12. The Disappearing Act by Catherine Steadman.

13. The Woman in the Purple Skirt by Natsuko Imamura.

Dear Senthuran is a memoir from the best-selling author of “The Death of Vivek Oji,” “Freshwater” and “Pet.” The work is structured as a series of letters to friends and loved ones, and  in them the author charts her creative process, drawing on Igbo belief systems and more.

16. All That She Carried by Tiya Miles.

All That She Carried: The Journey of Ashley’s Sack, a Black Family Keepsake is written by a Harvard historian. It tells the true story of an American family through a singular heirloom: a sack of items that an enslaved woman gave her young daughter Ashley in 1852 before her child was sold into slavery.

17. The Woman They Could Not Silence by Kate Moore.

The title of this new history makes its topic self-evident: The Woman They Could Not Silence: One Woman, Her Incredible Fight for Freedom, and the Men Who Tried to Make Her Disappear. The only fact missing is the name of this unsung heroine.

18. The Plague Year: America in the Time of Covid by Lawrence Wright.

19. The Great Mistake by Jonathan Lee.

what are the best Martha’s Vineyard books?

22. Everything Now by Rosecrans Baldwin.

Everything Now: Lessons from the City-State of Los Angeles

24. The Ugly Cry by Danielle Henderson.

In The Ugly Cry, the TV writer, podcast host, and creator of the website Feminist Ryan Gosling tells her own life story, focusing on her childhood. Abandoned at 10 years old by a mother who chose her drug-addicted, abusive boyfriend, Henderson was raised by her grandparents in a mostly white neighborhood in upstate New York. It’s a riveting account of how one survives trauma at a young age – and how to keep going.

25. Who They Was by Gabriel Krauze.

Longlisted for the 2020 Booker Prize, this “autofiction” novel about a university student living a double life as a member of one of London’s gangs comes to America.

26. Objects of Desire by Clare Sestanovich.

27. Rock the Boat by Beck Dorey-Stein.

The author of a memoir about her time working as a stenographer in the Obama White House returns with Rock the Boat, her debut novel about a group of old friends who find themselves back in the Jersey Shore beach town of their youth for a summer.

29. Something Wild by Hanna Halperin.

Something Wild, a debut novel, is told in alternating perspectives that interweave the past and present. An unflinching portrait of the bond between the sisters Tanya and Nessa Bloom, the legacy of divorce, and how it might be possible to overcome the past, this one’s a must read.

Those are our picks for what to read this month: the best and most-anticipated new book releases coming in June 2021. So many options to answer the pressing matter of what to read in June 2021! What’s at the top of your list? Whatever you decide, stay safe and strong and have a good month, dear reader.

For access to insider ideas and information on the world of luxury, sign up for our Dandelion Chandelier newsletter, here. And see luxury in a new light.