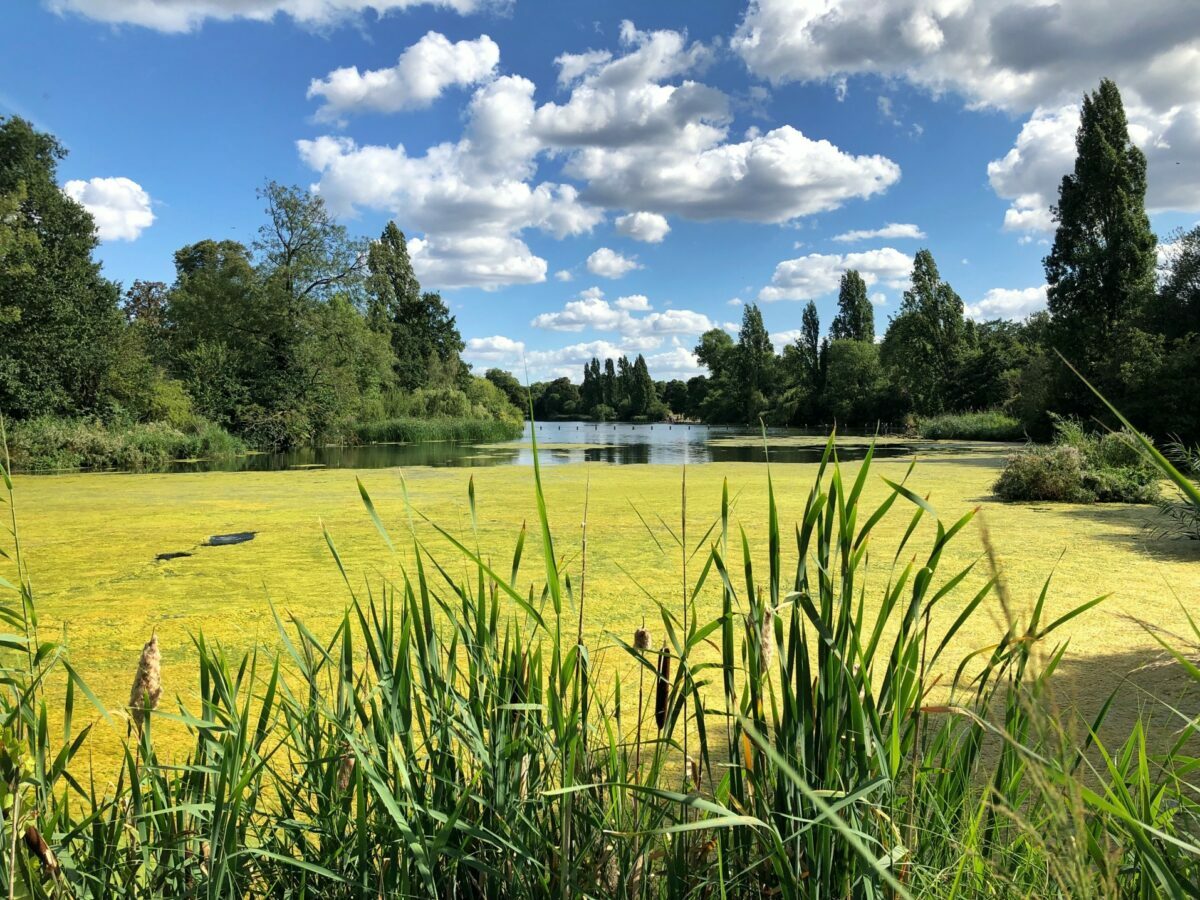 Our Luxury Calendar provides a comprehensive overview of the top events unfolding around the world every month. Some are micro-luxuries (like a really good book) and others are on a grand, epic scale. Personally, if schedules and money were no object, and we could do anything we’d like, here are our top picks for the best luxury events and experiences in the world in June 2021 to add to your calendar. Consider it your inside guide to the can’t-miss events in fashion, art, music, sports, travel and culinary arts in this month of June 2021.

luxury calendar: how to have a brilliant june 2021

Summer is officially here and with it comes crisp white dresses, sunny pedicures, the return of rosé, outdoor gatherings with family and friends, and of course, the start of the summer travel season.

In addition to Pride Month, June will kick off the annual Bryant Park Picnic Performances and national Obama Portraits Tour in Chicago.

The top 25 best events in the world on the luxury calendar in June 2021 in fashion, travel, culture, art and more.

1. royal style in the making

All eyes will be set on Princess Diana’s 1981 wedding gown at the new exhibition Royal Style in the Making opening at Kensington Palace. Alongside the world-renowned silk taffeta dress will feature an array of garments formerly worn by royalty. It will include the unique coronation gown toile worn by Queen Elizabeth, The Queen Mother in 1937 and designed by Madame Handley-Seymour – June 3 – January 2, 2022

Broadway may still be dark for the summer, but just a few avenues down 42nd Street, live performances are returning in a big way to Bryant Park. Starting this month, the park’s Picnic Performances will be bringing 25 live, in-person events to the park, many featuring performers from the city’s top arts institutions. The New York Philharmonic will open the series – June 9 – Sep 20

From the moment of their unveiling at the Smithsonian’s National Portrait Gallery in February 2018, the museum’s official portraits of President Barack Obama and Mrs. Michelle Obama have become iconic. The Obama Portraits Tour will travel to five cities across the U.S. beginning at the Art Institute of Chicago – June 18 – May 30

The calendar of the top events in the world of luxury in June 2021: The Obama Portraits Tour. Courtesy Photo.

Summer sees the arrival of The Modern Life at London’s Design Museum, an extensive exhibition dedicated to the life and work of Charlotte Perriand. One of the 20th century’s most pioneering designers and architects, Perriand’s work and collaborations are now considered iconic: from the chaise longue – designed with Le Corbusier and Pierre Jeanneret –and the block-coloured ‘nuage’ cabinet, to an entire ski resort in Les Arcs, France – June 19 – Sep 5

The calendar of the top events in the world of luxury in June 2021: Yayoi Kusama: Cosmic Nature. Courtesy Photo.

Based on the beloved DC/Vertigo comic by Jeffrey Lemire, Sweet Tooth is a Netflix series set in a post-apocalyptic world in which much of humanity has been wiped out by a deadly virus that has also given rise to animal-human hybrids, who are hunted and despised by the rest of mankind – June 4

Marvel will release its third Disney+ series Loki this month. It follows Tom Hiddleston’s meddling Norse God, Loki. He has been recruited by the Time Variance Authority to clean up all the timeline anomalies he created. Seems only fair, right?  – June 9

The Tribeca Film Festival, set to kick off its 2021 installment with 64 films originating from 23 different countries. The much anticipated premiere of Lin-Manuel Miranda’s In the Heights will open this year’s affair. Other films to be shown include a documentary about the late Anthony Bourdain and Steven Soderbergh’s new crime drama No Sudden Move, set in 1954 Detroit and starring an all-star cast that includes Don Cheadle, Ray Liotta and Benecio del Toro – June 9 – 20

The calendar of the top events in the world of luxury in June 2021: Tribeca Film Festival. Courtesy Photo.

Based on an inspiring true story, Netflix’s upcoming dramedy, Fatherhood, tells the tale of a father (played by Kevin Hart), who finds himself tasked with raising his daughter on his own after the unexpected passing of his wife after childbirth – June 18

The latest offering from Pixar, Luca, follows a boy spending  the summer with his friend in a town on the Italian Riviera. The catch: The boy is a sea monster, who is disguising himself as human while on land – June 18

Path of Wellness, their tenth album and first since the departure of drummer Janet Weiss, Sleater-Kinney found inspiration from punk, classic rock and the tumult of 2020 – June 11

The Bravo! Vail Music Festival will feature performances from four orchestras across the US: the Academy of St Martin in the Fields, Dallas Symphony Orchestra, The Philadelphia Orchestra and New York Philharmonic – June 24 – Aug 4

The calendar of the top events in the world of luxury in June 2021: Saratoga Jazz Festival. Courtesy Photo.

the best music festivals in the world in summer 2021

Returning to Yacht Club Costa Smeralda (YCCS) in Sardinia for its 13th edition is the Loro Piana Superyacht Regatta.  This race is one of the most important events on the Mediterranean’s sailing calendar. Five days of competitive racing set against the beautiful backdrop of the La Maddalena island chain. Heaven! – June 1 – 5

Horse racing’s “Test of the Champions,” the Belmont Stakes, is shaping up to be as unpredictable as ever. Preakness Stakes winner Rombauer is expected to make the 1 1/2-mile jaunt around Belmont Park. As is pre-Kentucky Derby favorite Essential Quality. Other contenders like Hot Rod Charlie and Rock Your World are headed to New York. Kentucky Derby winner Medina Spirit will not run as a result of the suspension of his trainer Bob Baffert – June 5

The calendar of the top events in the world of luxury in June 2021: Belmont Stakes. Courtesy Photo.

For its 121st edition, the US Open will head to Torrey Pines in San Diego, California. Can Phil Mickelson overcome the odds to win another PGA Championship? – June – 17 – 20

The oldest tennis tournament in the world, Wimbledon, returns to the All England Lawn Tennis and Croquet Club in Wimbledon, London – June 28 – Jul 11

Encompassed by manicured gardens, poolside ruins, and signature Mediterranean blues, Villa Igiea promises to be a beacon of the slow-paced serenity that Sicily is known for.

The calendar of the top events in the world of luxury in June 2021: Villa Igiea. Courtesy Photo.

Located inside The Chapin Estate in Sullivan County, Chatwal Lodge aims to bring a touch of urban luxury to the tranquil countryside. Accommodations at the property include 10 spacious suites. Plus a treehouse that reaches 25 feet into the forest canopy. and a cozy glam tent for guests hoping to fully immerse themselves in nature.

Gourmet Days returns to St. Petersburg with a lineup of top chefs from all over the world joined by the Russian city’s top culinary ambassadors for a series of dinners and discussions designed to put St. Petersburg on the culinary world map – June 14 – 27

As part of its biannual Luxury Week, Christies will host its Finest and Rarest Wines and Spirits auction featuring a lineup of prized whiskies, rare Burgundies, mature Champagnes from two superb cellars alongside highlights from the Collection of The Earl of Snowdon – June 18

what else is on the luxury calendar in June 2021?

Though the lazy days of summer have begun, there’s no need to turn your brain off just yet. There are major gatherings to provoke thought and conversation on the luxury calendar in June.

The 67th annual Cannes Lions International Festival of Creativity, focusing on the creative and marketing communications, entertainment, design and tech industries, is June 21- 25. The Aspen Ideas Festival is June 27 – July 1. And Bloomsday is June 16: Leopold Bloom’s fictional journey through the streets of Dublin, as imagined in James Joyce’s epic Ulysses, takes place on June 16, 1904. Joyce fans celebrate his work and life annually on that date.

The top 25 best events in the world on the luxury calendar in June 2021 in fashion, travel, culture, art and more.

But despite all the intellectually stimulating occasions, fear not. This is still definitely a month full of opportunities for flip-flops, grilling outdoors, hanging out on the beach and taking to the water. So we also note that National Donut Day is June 4th, Juneteenth is the 19th, Father’s Day is the 20th, as is Summer Solstice (the first day of summer) and finally, June 21st is the UN-decreed International Day of Yoga.

That’s it. Our luxury calendar of the best luxury events and true luxury experiences in June 2021. What are you most excited about?