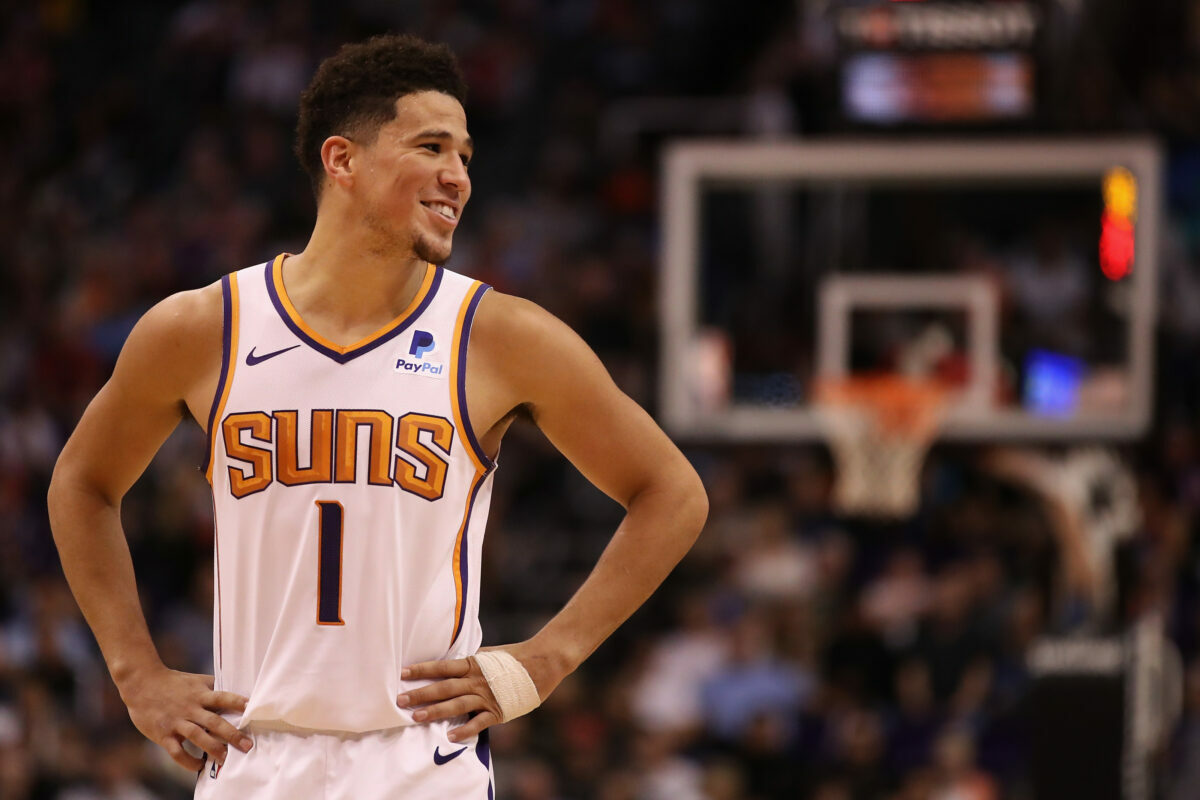 This Week in Sports Talk (TWIST) is our weekly roundup of top headlines and current news events from the past seven days in the world of pro sports, plus a preview of what’s up next. Heading into the week of June 6, 2021, these are the top 10 headlines you need to know about to understand and join the conversation this week about professional sports, including football, baseball, golf, tennis and basketball news.

It’s a big week in sports, with the NBA and NHL playoffs, the French Open, the Belmont Stakes and Major League Baseball games all going full force (many with fans in the stands for the first time in over a year – yay!)

But we begin with news from the world of boxing.

If you have people of a certain age in your life – or if you yourself are of a certain age – then you already know that today is the day of the exhibition match between retired boxing legend Floyd Mayweather and YouTuber Logan Paul.

The hype machine has been churning for weeks, with Mayweather even having a public dust-up with Paul’s brother Jake during a pre-match event. It’s a 50-year old professional against a 26-year old amateur. Seems like a fair fight. Place your bets now . . .

1. LA Lakers are done for the season

On Thursday night, the LA Lakers had to play without Anthony Davis. And perhaps as a result, their season came to an end with a 113-100 loss to the Phoenix Suns in Round 1 of the NBA playoffs.

LeBron James during the fourth quarter of Game 6 against the Phoenix Suns. (AP Photo/Ashley Landis)

It was a historic loss for LeBron James – he had never in his long career lost a first round NBA series. Ever. CBS Sports notes that King James did not lose a first round game from 2012 to 2018.

So who is the Dragon Slayer who brought down the Colossus of LA? That would be one Devin Booker of the Phoenix Suns, our cover star this week.

2. NY Knicks are out of the playoffs, too

That anguished cry you heard on Wednesday night was the sound of the hearts of New York Knicks fans the world over being broken. The team’s fairy tale season has come to an end, with Trae Young of the Atlanta Hawks the star of the series.

The Philadelphia Seventy-Sixers defeated the Washington Wizards in Game Five, 129-112, to move on to Round 2 against the Atlanta Hawks. The Brooklyn Nets dashed the Boston Celtics’ playoff hopes, advancing to the conference semifinals for the first time since 2014. They meet the Milwaukee Bucks and superstar Giannis Antetokounmpo. That’s gonna be fun to watch! Game 1 was last night and the Nets won 115-107.

Other teams advancing to Round 2? The Utah Jazz beat Memphis; Dallas leads the Clippers by 3 to 2. So Utah will play that winner, and the Nuggets and the Jazz will play.

This afternoon, the final game of Round 1 takes place. The LA Clippers and Dallas Mavericks are tied 3-3 in their series – with neither team having won at home for the entire series. The winner will face the Utah Jazz in Round 2.

We feel obligated to take a moment to note that Dreamy Damian Lillard of the Portland Trail Blazers delivered amazing playoff performances in Round 1.

For example, he scored 55 points in Game Five, repeatedly hitting huge shots – including 12 three-pointers. The game went into double overtime. But sadly, his team let him down. The Blazers are out of the playoffs as the Nuggets advance to round 2 to meet the Phoenix Suns.

On Monday, Naomi Osaka announced her withdrawal from the French Open, citing her unwillingness to make press appearances due to concerns for her mental health and state of mind.

She had announced the no-press posture prior to the start of the tournament. And following her opening round match win against Patricia Maria Tig, she stuck to that plan. As a result, she was fined $15,000 for skipping a press conference.

Then the pressure ramped up. All four Grand Slam tournaments threatened her with fines and other severe penalties unless she relented. Instead of backing down, she withdrew from the tournament, without a clear statement regarding her intention to play the rest of this season.

Reactions were mixed, with some in the tennis world supporting her but also highlighting the importance of press coverage for the health of the sport. And others – mostly outside the world of tennis – sending kudos to Osaka for her courage and honesty about the toll that high-pressured careers in sports can take on an athlete’s mental health. Steph Curry was one of the first to offer public support for Osaka.

In other French Open news, as of this posting, the Big Three on the men’s side – Roger Federer, Rafael Nadal and Novak Djokovic – are all still in contention. While Venus Williams is out, her sister Serena had a big night in Round 1 (for the first time, this year the French Open includes night games).

4. In MLB, the Yankees are the lowest of the low

This week, the Detroit Tigers swept the New York Yankees in a 3-game series (it was the first time Detroit had pulled that off since 2000). And that wasn’t even the worse thing that happened to Yankees fans this week.

The Pinstripes split their series with the first place Tampa Bay Rays 2-2. As of this posting, the team is 5.5 games behind the Rays, and the Red Sox are just 1 game back. The Yanks have been plagued by injuries again this season. Most recently the team announced that pitcher Corey Kluber (who got the no-hitter against the Rangers) is out for 60 days.

As of this posting, many gleefully point out that the once-fearsome Yankees are the worst in MLB in several categories, including:

5. why are the MLB pitchers so hot this season?

After this week’s owner’s meeting concluded, Major League Baseball announced new scrutiny on pitchers and the prevalence of  alleged “ball doctoring” this season. There have been several episodes of apparent tampering on the mound. And the record-high number of no-hitters so far this season might also point to doctoring with various substances that pitchers hide somewhere on their person and surreptitiously apply before the pitch.

In general our Sports Desk observes that season-to-date, the clear trend is that batting averages are very low and pitching results are very good. Why? The Wall Street Journal posits that it’s the high fast ball that is flummoxing the sluggers. What do you think, dear reader?

The 153rd Belmont Stakes — the final leg of the Triple Crown — was run last evening. The favorite, Essential Quality, was the victor. And depending on the fate of Medina Spirit, the colt may also be declared the winner of the Kentucky Derby.

Seems like a fine time for a victory lap.

The snake-bit Toronto Maple Leafs are once again out of playoff contention, losing Game 7 to their arch-rivals the Montreal Canadiens. With the loss, the Leafs’ Stanley Cup drought was extended to 54 seasons.

In other NHL playoff news, Tampa Bay leads the Carolina Hurricanes 3-1. The Colorado Avalanche leads the Vegas Golden Knights 2-1. The Montreal Canadiens lead the Winnipeg Jets 2-0. And the Boston Bruins are tied with the NY Islanders 2-2. More to come tonight, as the playoffs roll on.

The conversation on whether or not to hold the Summer Olympics in Tokyo in July continues to heat up. This week, multiple press reports claimed that 10,000 volunteers have dropped out of working at the Olympics next month, likely due to COVID-19 fears.