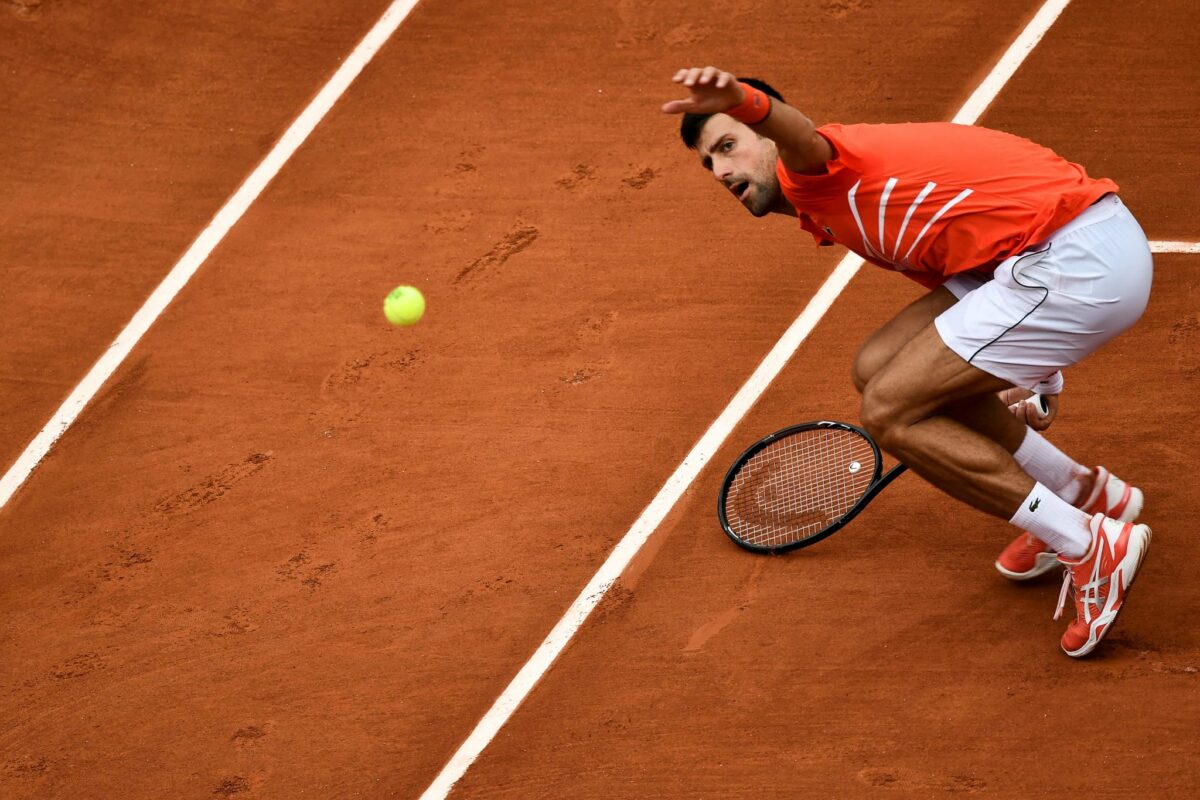 This Week in Sports Talk (TWIST) is our weekly roundup of top headlines and current news events from the past seven days in the world of pro sports, plus a preview of what’s up next. Heading into the week of June 13, 2021, these are the top 10 headlines you need to know about to understand and join the conversation this week about professional sports, including football, baseball, golf, tennis and basketball news.

The NBA and NHL playoffs continue as the French Open comes to a close. But we begin with a stunning feat of athletic prowess from an amateur in the stands.

This week, a San Diego Padres fan proved (once again) that Mamas really can do it all. A woman holding a small child with her left arm went after a baseball flying toward the stands. She snagged the ball with her right hand. And the little one in her left arm was unharmed.

Dang, girl! That’s freaking awesome. CBS Sports notes that fans occasionally perform this feat with a beer in one hand, after which they chug the beer triumphantly. We fully endorse their suggestion that when it’s done with a baby in one hand, the child should afterward be hoisted skyward in triumph, a la The Lion King.

As of this posting, the Phoenix Suns lead their series against the Denver Nuggets 3-0, despite the fact that this week the Nuggets’ Nikola Jokic was named MVP of the regular season. If they win Game 4 tonight, the Suns will sweep the series (further validating the view by some that the Suns’ Chris Paul – aka CP3 – was slighted in the MVP voting).

News headlines today and previews of the week ahead, June 13, 2021, in professional sports including football, baseball and basketball. Nikola Jokic is the regular season NBA MVP. Courtesy Photo.

The Philadelphia Seventy-Sixers lead the Atlanta Hawks 2-1 in their semifinal series. The Utah Jazz are 2-1 in Round 2 against the LA Clippers after LA got a must-win 132-106 victory last night.

The Brooklyn Nets are the favorites to win it all, but first they have to defeat the Milwaukee Bucks in Round 2. This week, the Bucks finally won a game in the series, which as of this posting is 2-1, Nets. Game 4 is this afternoon.

News headlines today and previews of the week ahead, June 13, 2021, in professional sports including football, baseball and basketball. Today the New York Islanders meet the Tampa Bay Lightning in Game 1 of the semifinals. Courtesy Photo.

The Golden Knights are now set to face the Montreal Canadiens, while the New York Islanders will take on the Tampa Bay Lightning. Game 1 is this afternoon, and the Isles are hoping to make their first appearance in the Stanley Cup finals since 1984. Making it even more interesting? This is a rematch for the Isles from last year’s Conference Finals against the Lightning, who went on to win the 2020 Stanley Cup.

Also of note: before Game 4 between the Isles and the Bruins in New York, the singer Nicole Raviv’s mic went out. After which the crowd took over her duties in a very spirited rendition of the Star Spangled Banner. Prior to Game 6, the crowd of 13,917 fans inside Nassau Coliseum repeated the act, with Raviv starting and ending the joyful rendition. It may be the start of a new tradition, all because of a hinky microphone. You just have to love New York!

Novak Djokovic defeated Rafael Nadal in an epic semifinal evening match that lasted for four hours and 22 minutes. Nadal was previously 105-2 on the clay courts of Paris.

News headlines today and previews of the week ahead, June 13, 2021, in professional sports including football, baseball and basketball. Rafael Nadal loses his semifinal match at the French Open 2021. Courtesy Photo.

Djokovic will play in his 29th Grand Slam final this morning against No. 5 Stefanos Tsitsipas. If Djokovic wins, he’ll be just one Grand Slam victory away from the 20 that Roger Federer and Nadal both already have.

In the women’s final, Barbora Krejcikova topped Anastasia Pavlyuchenkova to win her first Grand Slam title. Amazingly, this is the 6th straight year that a first-time champion has been crowned at the French Open on the women’s side.

The world of MLB is abuzz with speculation about an epidemic of ball doctoring with a substance called Spider Tack. The gel was invented to help weight lifters keep a grip on large round objects. But now, apparently MLB pitchers are using it to help put some extra spin on the ball.

News headlines today and previews of the week ahead, June 13, 2021, in professional sports including football, baseball and basketball. New York Yankees ace Gerrit Cole fumbled a question about the use of a foreign substance to doctor balls this week. Photo Credit: New York Times.

For example, while the New York Yankees continue to struggle this season (they are now 6.5 back of the first place Rays), their ace Gerrit Cole struggled to answer a question about it. When queried about whether he had ever used “spider tack” while pitching, our Sports Desk reports that he stammered and said he was unsure how to answer. Hmmm . . . seems like a simple yes or no would suffice.

Meanwhile, the crosstown New York Mets are still in first place, up 4 games. The LA Dodgers are inching their way back in the NL West, and as of this posting they are only 1.5 games back.

This week, a College Football Playoff (CFP) working group formally recommended expanding the four-team field to 12. If the proposal is approved, it would probably take effect in 2023.

In other college football news, Alabama has a new defensive back named Quincy McKinstry. Seriously, that is the dude’s name. He’s a top prospect, and will wear Number 1 on his jersey. And go by “Kool-Aid” McKinstry. Gotta say, that’s just really . . . cool.

Meanwhile, in the NFL, our Sports Desk notes that rookie Justin Fields is looking good in his pre-season workouts with the Chicago Bears.

We couldn’t agree more. In fact, it’s gonna be really hard to decide whether we’re crushing harder on him or on Kyler Murray. We will mull this over and get back to you.

For those on Green Bay watch, quarterback Aaron Rogers did not report to pre-season practice as scheduled. Jordan Love, the back up quarterback the Packers signed last year, seems to be somewhat stepping into the role of starting QB. Watch this space for further updates,

The NFL’s Julio Jones was traded to Tennessee from Atlanta this week. He chose the number 2 for his jersey. Why? Because AJ Brown, another receiver with Tennessee, wears number 11, which is Julio’s old number with the Falcons. Jones says 1 + 1 =2, his new number, and in addition, 11 x 2 = 22, which is Derrick Henry’s new number. Defenses should know that they will have to deal with all three. It’s all about the maths.

10. Remembering MJ and his Flu Game

We close this week’s run-down with a Throwback to the glory days of the NBA’s Michael Jordan. 24 years ago this week, MJ played his epic 1997 Finals “Flu Game.” He was extremely sick, but he came out and single handedly won the game, which instantly became part of his legend. 38 points, 7 rebounds, 5 assists, 44 minutes. And he was on an IV both before and after the game, when Scottie Pippen carried him off the floor.

While it’s still an iconic achievement, in the documentary The Last Dance it became clear that the player’s ailment was actually food poisoning. Not the flu. On camera, Jordan, his trainer Tim Grover and driver George Koehler describe ordering a pizza in Park City, Utah the night before the game. Five guys showed up to deliver it, making them certain in retrospect that it had been tampered with. But there were three dudes in the room. So how come only MJ got sick? Well, apparently he had a practice of spitting on food that he wanted to be sure he could keep all for himself. He was the only one who ate it, and he was the only one who got sick. Karma? You decide.