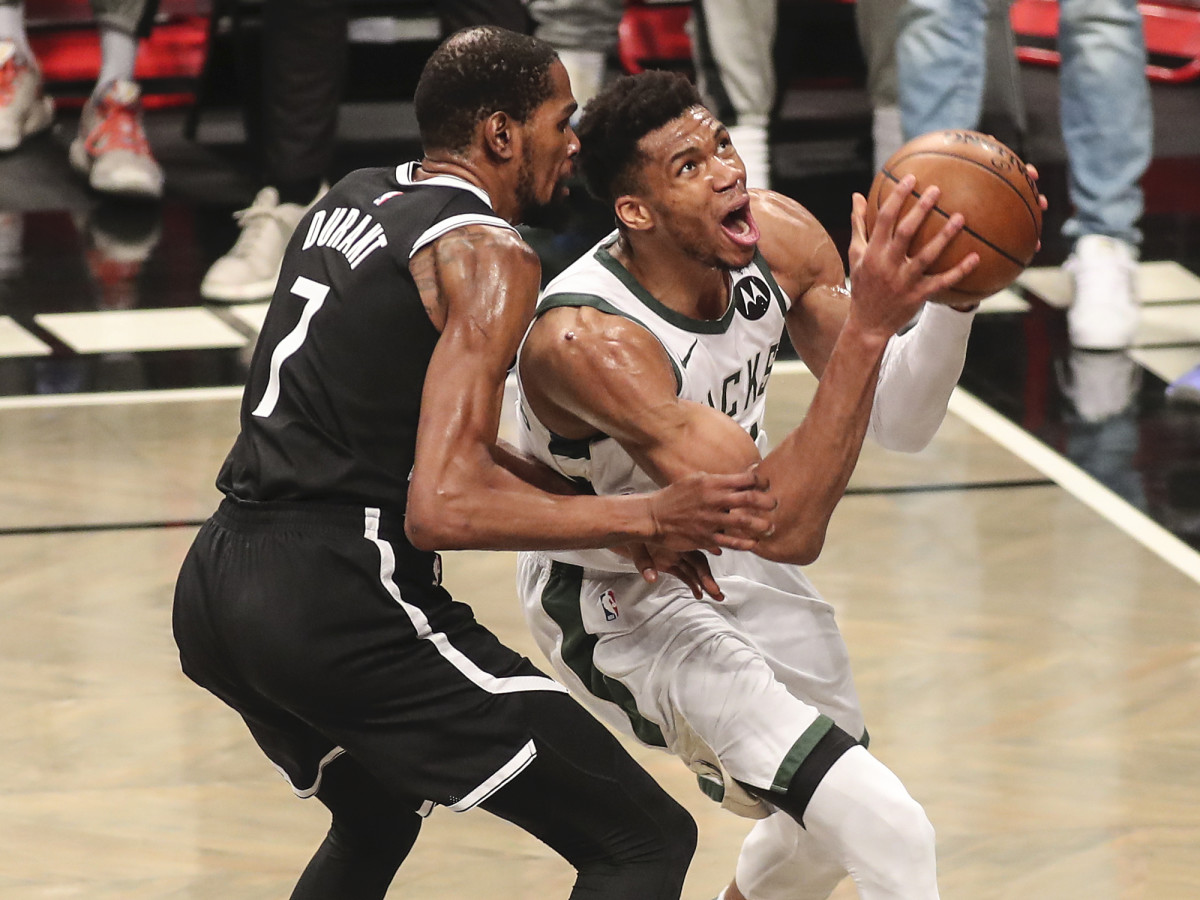 This Week in Sports Talk (TWIST) is our weekly roundup of top headlines and current news events from the past seven days in the world of pro sports, plus a preview of what’s up next. Heading into the week of June 20, 2021, these are the top 10 headlines you need to know about to understand and join the conversation this week about professional sports, including football, baseball, golf, tennis and basketball news.

Happy Father’s Day, all! We hope your day will be filled with laughter and appreciation and love for all the father figures in your life.

We begin with a Tampa Bay Watch update. The best possible Father’s Day gift for your NFL-loving dude would have been tickets to a Tampa Bay Buccaneers home game. After all, they’ve got the entire band back together again: TB12, Gronk, even AB. Great weather, great football, what could be a better gift for Dad?

Sadly, though, if you don’t already have them, it’s already too late. Even with the stadium at full capacity, every seat for the upcoming season in Tampa Bay is sold out. Although we’re guessing that the right connections and some ready cash might still get you in the door.

Having defeated Rafael Nadal in the semifinals and going on to win the French Open a week ago, Novak Djokovic is now aiming for his next big goal: the calendar Grand Slam (aka The Golden Slam). It means winning all four Grand Slam tournaments in the same year. And he’s halfway there!

Having notched wins in both the Australian and the French, Djokovic is on to Wimbledon. Interestingly, Nadal has announced that he’s dropping out of Wimbledon, so it will up to Roger Federer – or an unsung underdog – to blunt Djokovic’s quest. Watch this space for further updates.

Meanwhile on the women’s side, Naomi Osaka has dropped out of contention at Wimbledon for the same reasons she withdrew from the French Open: a need to avoid the harsh light of the press as she deals with anxiety and depression. We are keeping her close in our thoughts and prayers and hoping she’ll be able to return when the time is right.

The LA Clippers beat the Utah Jazz and now they’re heading to the Western Conference Finals for the first time in their history. In a comeback story made for their Hollywood hometown, this is also the first time in NBA history that the Clippers rebounded after being down 0-2 in consecutive series to win both series. They’ll meet the Phoenix Suns in the conference finals.

News headlines today and previews of the week ahead, June 20, 2021, in professional sports: LA Clippers’ star Kawhi Leonard may be out with a torn ACL as the Western Conference Finals begin. Courtesy Photo.

Unfortunately, though, the Clippers may be without their star Kawhi Leonard as the new series gets underway. Leonard was out in Game 6 with a possible torn ACL. (Can we just say we love the Bumble logo on his jersey?!)  The Suns will definitely take to the court without their star, Chris Paul. CP3 will be out for several games after testing positive for COVID-19. Ugh!

4. Down to the wire in the Eastern Conference

The #1 seed Philadelphia Seventy-Sixers survived against the #5 seed Atlanta Hawks to force a Game 7 tonight.

Meanwhile, last night’s Game 7 between the Milwaukee Bucks and the Brooklyn Nets ended in a stunning 115-111 victory for Milwaukee, dashing hopes that the Brooklyn Dream Team of Durant, Irving and Harden would go all the way this year. The Bucks’ Giannis Antetokounmpo  scored 40 points to hold off the home team and overcome an incredible performance from Kevin Durant. KD scored 48 points, the most ever in a Game 7.

After the game, Antetokounmpo gallantly praised his competitor, calling Durant “the best player in the NBA.” With Irving injured and Harden only able to take to the court for short bursts, KD carried the team on his back in Game 7 and nearly pulled out a win. Brilliant game all around!

The playoff standings are not the only news this week in the NBA. Dallas Mavericks coach Rick Carlisle resigned this week. And now the team’s star Luka Doncic may want to leave, as well. The team has lost both its General Manager and head coach in rapid succession, unsettling players and fans.

Meanwhile in New Orleans, our Sports Desk reports that Zion Williamson’s family members want him off of Team Pelicans. There are also rumors that the Pelicans franchise may relocate from New Orleans.

6. Stanley Cup playoffs all tied up in the East

The New York Islanders won a crucial Game 4 at home against the Tampa Bay Lightning, tying their series 2-2. as the matchup moves back to Tampa.

In Game 3 in Montreal, the Canadiens beat the Las Vegas Golden Knights 3-2 in overtime to take a 2-1 lead in their series. The Knights’ goalie Marc-Andre Fleury made a noteworthy mistake and created an opening for Montreal to stage a comeback win. Game 4 is tonight, and the Canadiens will be without head coach Dominique Ducharme, who is in quarantine after testing positive for COVID-19 on Friday.

Due to COVID-19 protocols, the Toronto Blue Jays cannot play in Canada. So they are playing their home games all over the place, most recently in the Buffalo Bisons’ AAA ball park.

Once we pried our eyes away from the stunning blue of their uniforms, we note that the peripatetic season they’re having isn’t working out all that well for the Jays. In a series this week against the Yanks, the Pinstripes swept the Blue Jays. That may have been at least in part due to the fact that 90% of the fans were Yankees fans even though technically it was a Blue Jays home series. The Yankees even delivered a triple play that made the record books. It was the only pitcher (1) to first base (3) to shortstop (6) to catcher (2) to third base (5) to shortstop (6) triple play that has ever happened in Major League Baseball history.

Next month, the LA Angels’ Shohei Ohtani (aka Baby Ruth) will become the first pitcher to compete in MLB’s Home Run Derby. And the first player born in Japan to compete.

The video game Madden NFL ’22 was released this week. Prior to the drop, the company teased it with social media posts of 2 goats on the cover of the game: an older goat and a younger goat. In a break with tradition, the actual cover this year features two faces instead of one:  Tampa Bay’s Tom Brady (the old GOAT) and Kansas City’s Patrick Mahomes (the young GOAT).

Now everyone is chattering about whether or not “the Madden curse” is real. Usually the person on the cover of the game has a lousy season. So if both Mahomes and Brady miss the Super Bowl this season, then we’ll know it is real.

In pro golf, the US Open is underway at Torrey Pines, and after a somewhat desultory start, the competition both on and off the course has heated up.

Defending U.S. Open champion Bryson DeChambeau video-bombed an interview being conducted by his nemisis Brooks Koepka. But so far the two have not been paired to play directly against each other (despite the media buzz and potential viewership that would bring).

Heading into today’s final round, three players are tied at the top of the leaderboard: Canadian Mackenzie Hughes; American Russell Henley; and South African Louis Oosthuizen. DeChambeau and a resurgent Rory McIlroy round out the top 5.