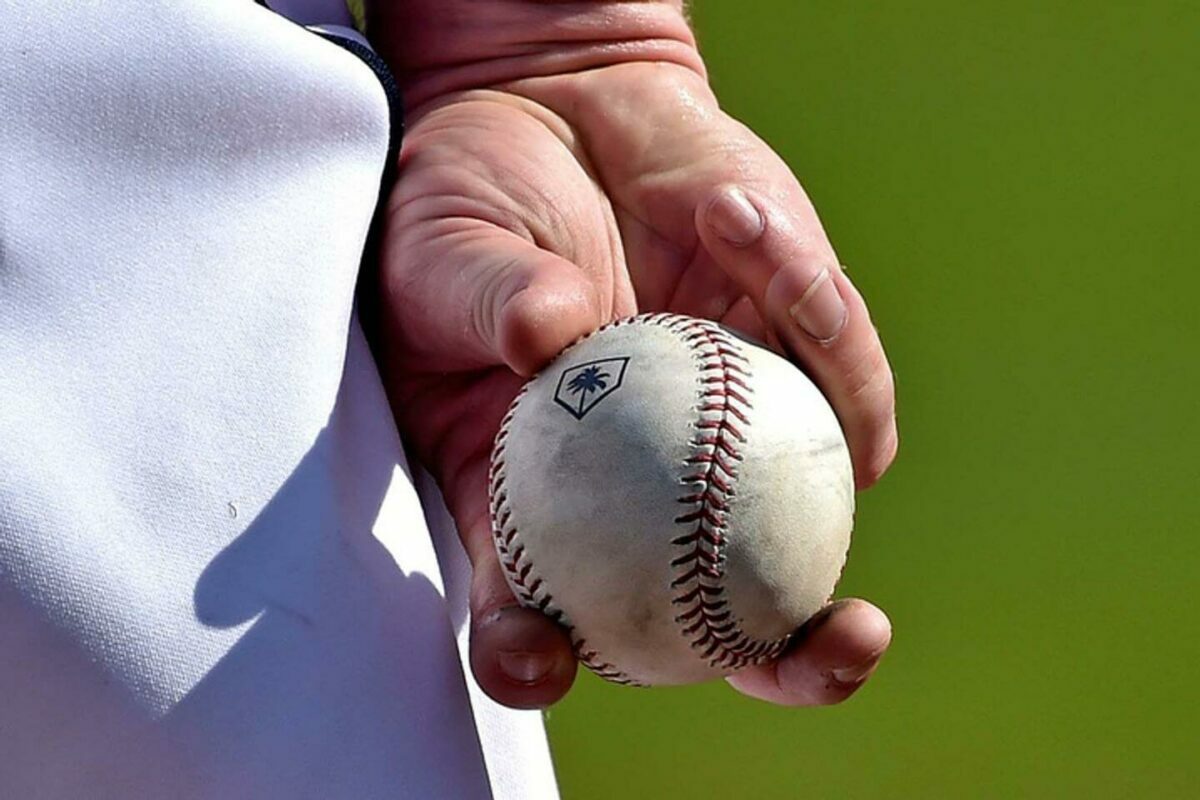 This Week in Sports Talk (TWIST) is our weekly roundup of top headlines and current news events from the past seven days in the world of pro sports, plus a preview of what’s up next. Heading into the week of June 27, 2021, these are the top 10 headlines you need to know about to understand and join the conversation this week about professional sports, including football, baseball, golf, tennis and basketball news.

Hockey fans are known for their creative mayhem when their teams are victorious. They’ve been known to throw fish and the occasional octopus on the ice in jubilation. But in New York, we roll a little differently. On Wednesday night, after the New York Islanders beat the Tampa Bay Lightning 3-2 at home in overtime to force a deciding Game 7 in their semifinal series, Isles fans pelted their team with full and crushed cans of beer, White Claw and the like.

Why? Well, that was what they had available and in hand at the time.

The aftermath of Game 6 between the Islanders and the Lightning at Nassau Coliseum. Courtesy Photo.

New York went on to lose Game 7 in Tampa Bay on Friday night, 1-0. For the second straight time, the Lightning denied the Islanders a shot at the Stanley Cup. So this was the team’s last game in Nassau Coliseum, their home since 1972. Beginning with the 2021-22 NHL season, the team will move into the new 17,000-seat UBS Arena near Belmont Park race track. So the final image of what turned out to be an incredible season for New York – and a storied stadium with lots of history – is a rink covered in debris and smelling of beer. Which actually sounds about right. Ain’t nothing more New York than that . . .

In Game 3 of the Western Conference Finals, the Clippers’ Paul George (aka “PG13”) led his team for the win over the Phoenix Suns, 106-92. This despite the return of Chris Paul, who was out for the first two games due to coronavirus protocols. The Suns had previously been on a 9-game winning streak.

The Suns beat the Clippers in Game 4 last night to take a 3-1 lead in the Conference Finals. Courtesy Photo.

This is the third straight series where the Clippers fell to 0-2 and then went on to win. If they could make it three in a row, the “other” LA franchise would make the NBA Finals for the first time.

But that’s not likely, especially given last night’s loss. Teams that trail a playoff series 2-0 have a cumulative record of 30-403 in those series as a whole. Overcoming such a deficit is not impossible. It’s just improbable. The Bucks did it against the Brooklyn Nets in the semifinals, after all. Stay tuned.

In what is proving to be a surprisingly intense series, the Atlanta Hawks shocked the heavily favored Milwaukee Bucks in Game 1 of the Eastern Conference Finals. But the Bucks crushed them in Game 2 by 34 points. Game 3 is tonight in Atlanta.

On a related note, long-time NBA announcer Marv Albert – commonly referred to as “the voice of modern basketball” – will retire after a 55-year career in sports broadcasting when the playoffs end. The Hall of Fame broadcaster has called 13 NBA Finals over the course of his career.

Meanwhile, former Nets and Bucks head coach (and bench coach of the LA Lakers for the past two seasons) Jason Kidd has been named the new Head Coach of the Dallas Mavericks. He’s returning to the team he and Dirk Nowitzki (the highest-scoring foreign-born player in NBA history) led to the franchise’s only championship. They were on the team when the Mavs beat the Miami Heat in the Finals in 2011.

While the news was met with mixed reviews, Magic Johnson has gone on record praising the new hires, Tweeting “the Mavs will be championship contenders for many years to come!”

This week the Chicago Cubs tossed a combined no-hitter against against the LA Dodgers. Four different pitchers took the mound during the game. This is MLB’s seventh no-hitter of the 2021 season, which ties the Modern Era record for no-hitters in a season. And we still aren’t even at the All Star break!

In what may be a related development, this week MLB umpires began “enhanced endorsement” and intensive checks of pitchers to inspect for the use of foreign substances. Every pitcher. Every game. Sometimes twice a game.

The TSA-like inspections occur as the pitchers are leaving the mound. No one has been caught doing anything untoward yet. However, these new procedures have quickly became a bit of a spectacle. Sergio Romo of the Oakland Athletics became so annoyed during his second check in one game that he handed his hat and glove to the ump, took off his belt and pulled his pants down.

The official jerseys for the MLB 2021 Midsummer Classic, scheduled to take place at Coors Field on Tuesday July 13. are out. And fans are not impressed.

Regular readers will remember that the All-Star Game was moved from Atlanta to Colorado just two months ago as a statement of protest against Georgia state restrictions on voter registration. Yet the official jerseys are a mixed bag that sorta celebrate the Rockies and kinda nod to the Atlanta Braves.

The jerseys feature the letters “COL” for Colorado, and the hats feature each team’s primary logo, along with the Rockies’ purple star and mountain. But there’s still plenty of Braves’ blue, especially on the jerseys.

Since this is the first time that players will wear this gear during the game itself, fans are more emotionally invested in them. And their initial reaction is . . . “meh.”

6. The wait for Wimbledon

The tennis world is eager awaiting Wimbledon. With Rafael Nadal’s withdrawal, Roger Federer and Novak Djokovic are the top contenders on the men’s side. Fans are keen to see if Djokovic can win his third Grand Slam this year. Ans also whether Serena Williams can finally win her 24th Grand Slam.

Organizers are using the ATP rankings for the first time to seed the tournament. Which has led to some interesting outcomes. For example, since Roger Federer has not been playing because of his knee surgery, he is number 97 in the ATP rankings.

It has been a really tough run for sports fans in Gotham this week. This Friday night alone, the Islanders were eliminated from the Stanley Cup playoffs, and the Yankees and the Mets both lost. Matters did not fully improve as the weekend unfolded: the Yanks’ arch-nemesis Boston Red Sox have now won 5 in a row against them. But the Mets – led by Jacob deGrom – won yesterday against the Phillies, 4-3.

Unlike New York, though, it’s always sunny in Tampa Bay. In fact, our Sports Desk wonders: could it be “Champa Bay” again this year? After all, the Lightning are in the Stanley Cup Finals again. Tom Brady and his Buccaneers gang are already being discussed as potential repeat Super Bowl Champions. And the Tampa Bay Rays are in first place in the AL East! It’s easy to imagine a scenario in which this becomes Title City again . . . Forget about the weather and the tax rate – it’s really good to be from Tampa Bay right now no matter how you slice it.

The Rumor of the Week in the Aaron Rodgers saga is that he is threatening to “opt out” of the 2021 season. Players are allowed, because of the ongoing COVID-19 situation, to opt out of taking to the field for the upcoming season. If Rodgers does opt out, he would retain a large proportion of his pay. But an opt-out is irrevocable – so he couldn’t change his mind later and play. Or play for anyone else.

In other news, Tom Brady sat in the chair for an episode of The Barbershop. A couple of his comments attracted attention – like when he said he was surprised that a couple of NFL teams passed on him during his time in free agency. Arrogance is SO NOT a good look for you, TB12. Maybe just quietly bask in the glow.

As we noted earlier, the Tampa Bay Lightning beat the New York Islanders on Friday night in Game 7. Now, they go on to the Stanley Cup Finals to play the Montreal Canadiens. It’s the first time in nearly three decades that the Canadiens (aka the Habs) are heading to the Final. They beat the Las Vegas Golden Knights 3-2 in overtime in Game 6 of the semifinals.

Here’s a fun fact our Sports Desk unearthed for us: the Montreal Canadians got the nickname “The Habs” as an abbreviated and Anglicized version of the name Les Habitants, which is what the farmers of Quebec were called in French.

Anywhoo, the Lightning are favored to take it all, having won last year. The last time a Canadian team won was in 1993, when the Canadiens won. The goalies for both teams are excellent, so that should keep it interesting.

10. NFL to allow more than one helmet per team

Finally, for those who are passionate about both sports and fashion, we’ve got good news. This week, the NFL announced the end of its “one-helmet rule.” It will be phased out after the 2021 season, meaning that NFL teams can now have some fun with the look of their helmets.

The Super Bowl champion Tampa Bay Buccaneers led the charge; they’d been pushing for this change for two years. Their idea is to bring back “throwback” helmets – and ultimately throwback uniforms, too. Lots of teams have the same desire, including the New England Patriots and Buffalo Bills.

No school like the Old School, right? Watch this space for further updates.