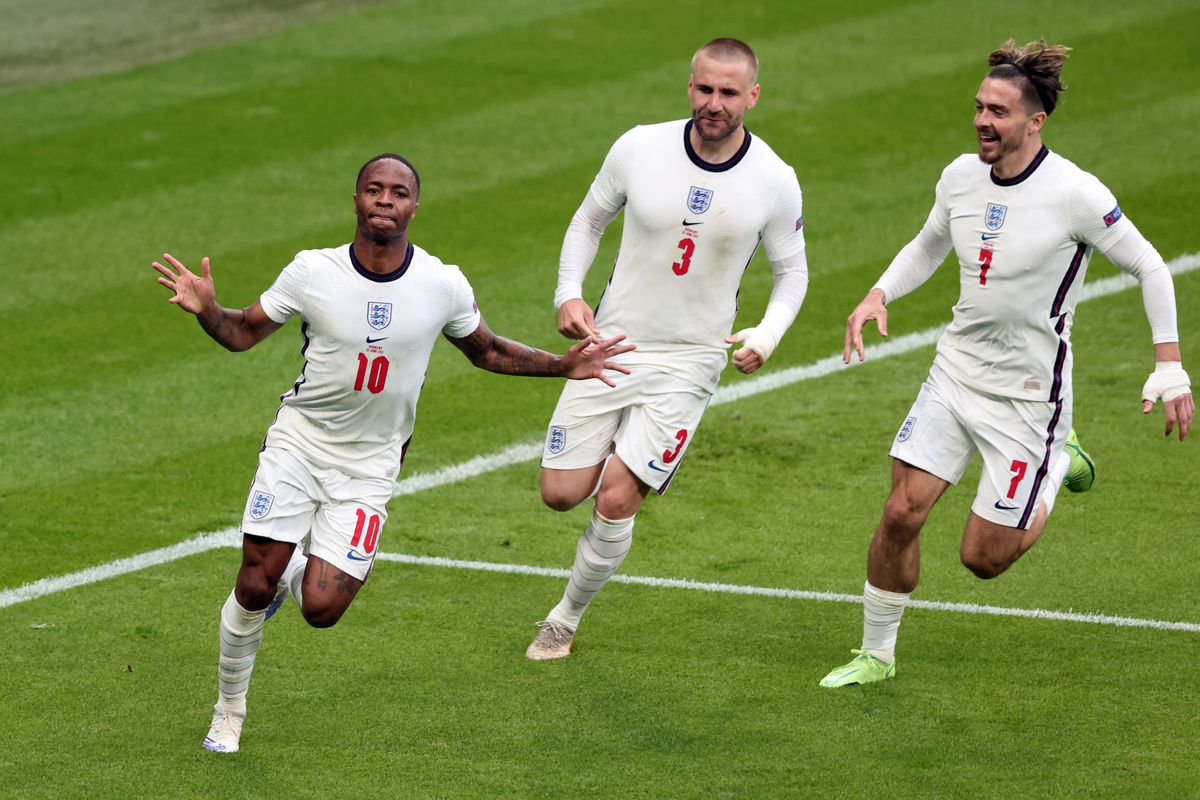 This Week in Sports Talk (TWIST) is our weekly roundup of top headlines and current news events from the past seven days in the world of pro sports, plus a preview of what’s up next. Heading into the week of July 11, 2021, these are the top 10 headlines you need to know about to understand and join the conversation this week about professional sports, including football, baseball, golf, tennis and basketball news.

This has been a huge weekend for pro sports, with basketball, baseball, futbol and tennis all seeing major tournaments and games. Before we dive into all of that, though, let’s take a moment for an update on a sport we know lots of regular readers follow (whether or not they’ll admit it): mixed martial arts.

The third time wasn’t exactly a charm when MMA fighters Conor McGregor and Dustin Poirier met to settle their rivalry last night in the main event at UFC 264 in Las Vegas.

The bout marked their third meeting and was hyped as the ultimate tie-breaker: McGregor knocked out Poirier in the first round when they fought in 2014. Then Poirier evened the score in January by handing McGregor the first KO loss of his career.

But in the end, the bout was a bit of a damp squib. McGregor lost to Poirier after the medical team called it, as McGregor was clearly unable to continue after suffering an ankle injury at the end of the first round. Later press updates confirmed that the injury was actually a broken leg, and he’s expected to have surgery today.

The injury didn’t keep McGregor from continuing to escalate his verbal attacks on his rival. Before the event, McGregor intimated that Poirier would literally not survive the match. At the press conference afterward, McGregor insulted Poirier’s wife. Team Poirier pointed to karma and the cosmos to explain the loss, noting: “Karma is not a b****, she’s a mirror.”

The Phoenix Suns lead 2-0 in the NBA Finals versus the Milwaukee Bucks after a Game 2 win, 118-108, on Thursday night.

Chris Paul and the Phoenix Suns lead the Milwaukee Bucks in the NBA Finals 2-0. Game 3 is tonight. Courtesy Photo.

Bucks star Giannis Antetokounmpo had 42 points and 12 rebounds, but it wasn’t enough to counter the Suns’ trio of Devin Booker, Mikal Bridges and Chris Paul, who delivered 31, 27 and 23 points, respectively.

There’s still time for the Bucks to recover, and Game 3 is tonight in Milwaukee. But as they say, sometimes it gets late really early. Suns in 4?  Stay tuned . . .

Kevin Durant will be on Team USA for men’s basketball again in Tokyo. Courtesy Photo.

And Dallas Mavericks superstar Luka Doncic will take to the court as his native Slovenia competes in Olympic men’s basketball for the first time ever.

The 2021 MLB Home Run Derby will take place on Monday, July 12, and the MLB All-Star Game is scheduled to take place on Tuesday, July 13 – both at Coors Field in Denver. Yesterday the league announced a raft of All-Star Game replacements as injuries drove some players from the initial roster.

The Mets’ ace Jacob deGrom, the LA Dodgers’ Mookie Betts and the Houston Astros’ Jose Altuve and Carlos Correa are among the notable players who won’t be participating in next week’s Midsummer Classic. For various reasons, the AL West first-place Houston Astros will not have any players in this year’s game.

4. the bats are hot in MLB this week

The LA Angels’ slugger-pitcher Shohei Ohtani hit his 30th home run, and became the all time leader in home runs for a Japanese player in Major League Baseball. And we’re only halfway through the season. Some people (including some on our Sports Desk) are saying Ohtani may be the best baseball player ever. You go, Baby Ruth!

In other home run news, San Diego Padres relief pitcher Daniel Camarena, who was called up on Thursday, hit a grand slam off of Washington Nationals ace Max Scherzer. Relievers hardly ever get to bat and not much is expected of them when they do. Lesson of the week: don’t sleep on the relievers . . .

Meanwhile, here in Gotham the Yanks continue to disappoint. As of this posting, they’re 8 games back of the first place Boston Red Sox in the AL East. Although they did win in Houston against the first place AL West Astros this weekend for the first time in regular season play since 2018. Last night, they did it again with Gerrit Cole delivering a 1-0 shutout win for the Yanks against the still-loathed Astros. The Yanks have now won 4 of their last 5 games against Houston.

After the All Star break, 8 of the pinstripes’ next 11 games are against their arch nemesis, the Boston Red Sox. It’s make or break for them in the next few weeks.

Tampa Bay can happily now claim the title “City of Champions” – or “Title Town,” or our favorite, “Champa Bay” now that the NHL Lightning have won their second straight Stanley Cup, completing a 4-1 series over the Montreal Canadiens on their home ice, to the delight of players and fans alike.

They join the NFL’s Tampa Bay Buccaneers, who as you surely remember won this year’s Super Bowl in their home stadium under the leadership of quarterback Tom Brady. Major League Baseball’s Tampa Bay Rays won the American League pennant in 2020, but lost the World Series to the LA Dodgers. Still, it’s an impressive run.

Bottom line, this is the third professional sports title won by a Tampa Bay team in the last 283 days. Our Sports Desk informed us that this is the shortest time span for a metro area to win 3 titles in the big 4 sports – MLB/NBA/NFL/NHL – since Detroit won 3 in a span of 188 days in 1935-36 (Tigers, Lions, Red Wings).

And the current ranking on the Vegas line for the 2022 Super Bowl game has the Bucs repeating their victory. Must be something in the water down there . . .

Speaking of TB12, this week Aaron Rogers and Brady teamed up with Bryson DeChambeau and Phil Mickelson for a charity golf event. Rogers won, despite Brady needling him relentlessly about the Packers’ loss last year to the Bucs and his ongoing contract negotiations with Green Bay.

Mark Cavendish, aka “the Manx Missile,” has been the star of this year’s Tour de France. Know for being an aggressive sprinter, Cavendish had not won a stage of the Tour since 2016. Due to health issues, he hadn’t participated in the Tour since 2018.

Mark Cavendish has astounded fans with his performance at the 2021 Tour de France. Courtesy Photo.

As a result, Cavendish had been stalled out at 30 stage wins, 4 behind Eddy Merckx (the “Babe Ruth” of cycling). He was a last-minute addition to the Tour this year. And he has been on fire!

This week, he won stage 13 from Nîmes to Carcassonne and tied Merckx’s record of 34 stage wins.

To the dismay of many on our Sports Desk, Roger Federer lost in the men’s quarterfinals at Wimbledon. But his contemporary Novak Djokovic is in the finals later today, and he’s looking to match the records set by Federer and Rafael Nadal.

Novak Djokovic is in the men’s final today at Wimbledon. Courtesy Photo.

Both have 20 Grand Slam victories, and if Djokovic wins today, he will tie them. He’s already the first male tennis player to reach 10 Grand Slam semifinals on all three surfaces: hard, grass and clay.

Meanwhile, the Internet is abuzz at the dude’s “Ninja moves,” as Djokovic demonstrated cat-like abilities on a slippery grass court several times during this tournament.

Yesterday at the Wimbledon women’s final, Australia’s Ashleigh Barty defeated Karolina Pliskova to win her first Wimbledon title and her second Grand Slam (Barty won the French Open in 2019). Part of her jubilation at this win is that she’s the first Australian woman to win Wimbledon since Evonne Goolagong in 1980.

It was a disappointing year for many other women at Wimbledon, as Serena Williams had to withdraw due to an injury. Coco Gauff started strong after her heart-breaking loss at the French Open, but ultimately fell to Angelique Kerber, the 2018 Wimbledon champion. And Naomi Osaka decided not to play at all, due to ongoing issues with the effect that press coverage has on her mental health.

Fans of Coco (and who isn’t a fan of Coco?) will be glad to know that she’s planning to compete in the Tokyo Olympics. And she’s looking forward to a return to the hard court.

9. No fans at the Tokyo Olympics

The Tokyo Olympics are scheduled to begin on July 23, and this week Olympics Minister Tamayo Marukawa announced that no local fans will be allowed to watch the Games. Visitors from outside Japan had already been barred.

Tokyo has declared a state of emergency from July 12 to August 22, 2021 due to rising cases of COVID-19. The AP reports that just 15% of the Japanese population is fully vaccinated as of this posting.

Sha’Carri Richardson will not compete in the Tokyo Olympics after testing positive for marijuana. Courtesy Photo.

In other Olympics news this week, controversy continues to roil over the decision to disqualify Gold medal-winning American woman sprinter Sha’Carri Richardson, 21, after she tested positive for marijuana. The 30-day suspension resulted in the loss of her chance to run in the 100-meter individual event. The American team could have chosen her to run in the women’s 4×100-meter relay race, which will occur after the suspension period ends, but they declined to do so. So Richardson will miss the Tokyo Games altogether, despite being the fastest woman runner in America.

In a statement, U.S.A. Track and Field expressed its sympathy to Richardson and called for a re-evaluation of antidoping rules on marijuana use.

Futbol fans have been glued to the telly all weekend for the finals of the UEFA Euro and Copa América tournaments.

Last night, Argentina faced Brazil in Rio de Janerio, with the Argentine team captain Lionel Messi taking what was probably his last shot at a Copa América trophy. And in a stunning upset, he won one! The victory ends Argentina’s almost 30-year drought in this tournament.

This week in sports news headlines: Lionel Messi has what may be his last chance at a win in the Copa America soccer finals. Photo Credit: New York Times/Pedro Vilela/Getty Images.

Today, England plays Italy for its first Euro Finals win. They’ve never made it past the semifinals before, and the entire nation is waiting with bated breath to see if they can pull this off.