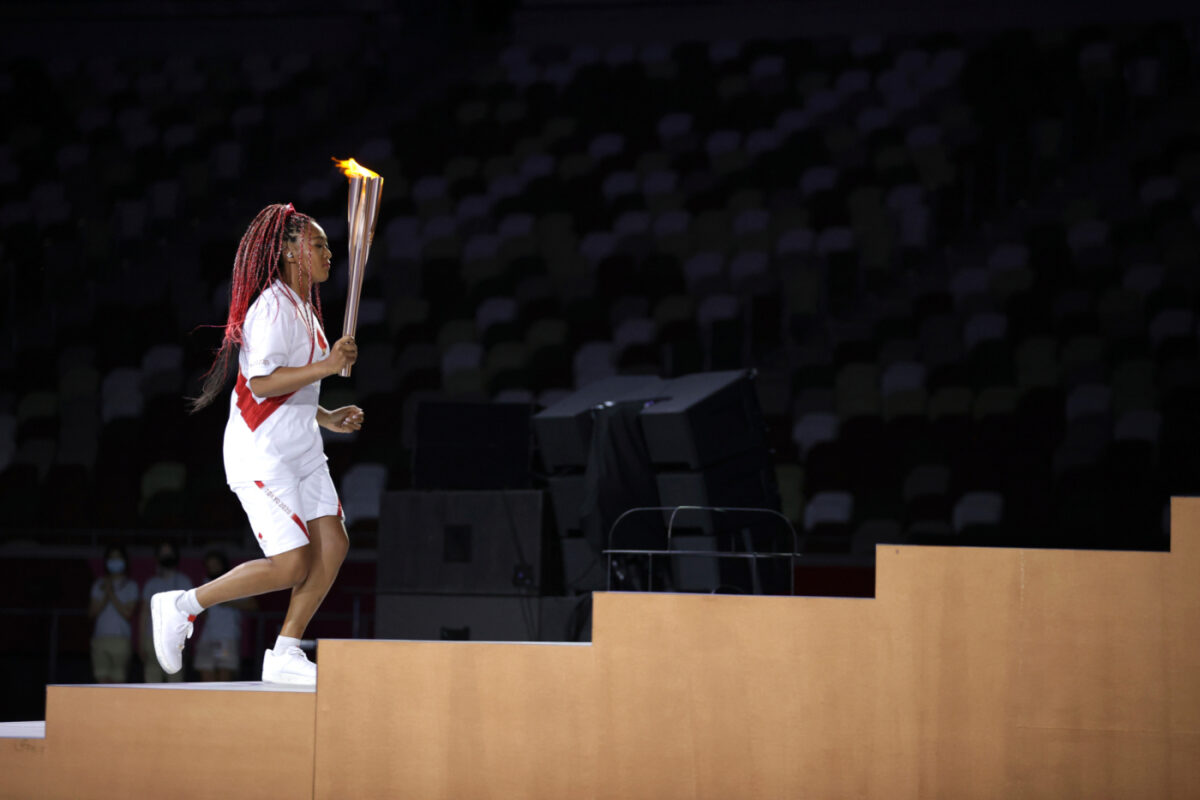 This Week in Sports Talk (TWIST) is our weekly roundup of top headlines and current news events from the past seven days in the world of pro sports, plus a preview of what’s up next. Heading into the week of July 25, 2021, these are the top 10 headlines you need to know about to understand and join the conversation this week about professional sports, including football, baseball, golf, tennis and basketball news.

The headlines this week have been dominated by a billionaire in space. But here’s a fun fact from terra firma: LeBron James is the first NBA player in history to earn $1 billion while still playing. Who knows? Maybe he’ll stage his own Space Jam IRL . . .

On Tuesday night, the Milwaukee Bucks defeated the Phoenix Suns in six games to win their first NBA Championship in 50 years.

MVP Giannis Antetokounmpo scored 50 points in Game 6. So, he celebrated as we all would: by heading for McDonald’s and ordering 50 chicken nuggets. He streamed it live on Instagram so fans could share in the fun. Oh, and there was a huge victory parade, which seemed to be a very good time for both the team and their fans.

News headlines today and previews of the week ahead, July 25, 2021, in sports including Olympics, football, baseball and basketball. Giannis Antetokounmpo led the Bucks to victory and was named MVP. Photo Credit: NBA.com.

Meanwhile, the Phoenix Suns loss becomes the fourth time a team Chris Paul was playing on lost a best-of-seven series after going up 2-0. That’s gotta hurt.

After a 12-month delay and lots of anxiety about whether or not to move forward, the Olympics Opening Ceremony went off without a hitch on Friday. Despite the empty stands due to coronavirus protocols – and the noise from protests outside the arena occasionally breaking through – it was a moving launch. Naomi Osaka – born in Japan and reared in the US – lit the torch.

News headlines today and previews of the week ahead, July 25, 2021, in sports including Olympics, football, baseball and basketball.

Fun fact: karate, skateboarding, sport climbing and surfing are joining the Olympics competitions for the first time. Japan has already won the first gold ever in skateboarding.

the top designers behind the team uniforms for the Tokyo Olympics

The far less happy news is the impact of COVID-19 on the Games. Spectators (including close family members) are banned from all of the events, and several athletes and volunteers have tested positive for the virus.

Tennis star Coco Gauff, 17,  announced that she has tested positive for COVID-19 and won’t compete. Ditto pro golfer Bryson DeChambeau. 1100 new cases were reported in Tokyo last week and there are daily calls for the Games to be cancelled from protesters outside the stadiums.

The US Women’s Soccer team lost to Sweden, 3-0, in an upset in their first competition. But they recovered and decisively beat New Zealand, 6-1.

News headlines today and previews of the week ahead, July 25, 2021, in sports including Olympics, football, baseball and basketball.

Team USA won its first gold in Women’s Swimming. Followed by a second in air shooting. All eyes are on Naomi Osaka, who lit the Olympic torch at the Opening Ceremony and who returns to the court after her controversial withdrawal from the French Open earlier this year. And on American gymnast Simone Biles, who is always impossible to stop watching. She takes to the floor for the first time today, as do the US Men’s basketball team.

ESPN reports that the NFL will announce tougher new coronavirus protocols. Team members (players, coaches, other employees) are not required to be vaccinated for COVID-19. However, if a game cannot be rescheduled due to a COVID-19 outbreak that stems from unvaccinated player, the team will be forced to forfeit and a loss will be added to their record, with a win given to their opponent. There will also be a $14,000 fine issued for each protocol violation by a player.

Training camps start this week, with some teams starting even earlier. The Dallas Cowboys, Pittsburgh Steelers and Tampa Bay Buccaneers all play games early in the season.

4. Buccaneers show off their bling

This week saw another victory lap for the Super Bowl Champion Tampa Bay Buccaneers. The team visited the White House, where President Joe Biden greeted them. Tom Brady joined the festivities for the first time in over a decade. It was the quarterback’s first trip to the White House to celebrate a Super Bowl win since 2004 (he skipped the 2015, 2016 and 2018 trips). TB12 made some remarks, joked around, and in general seemed to have a fine time.

His good mood may have something to do with the cool new championship rings the Buccaneers received this week. While these rings are always over the top, this one is pretty impressive. The top comes off and inside there’s the stadium with the score around the side. The Bucs gave a rings to everyone on the team, as well as the coaches and other staff. That’s not always done, so bravo to the team for including as many people as possible in the joy of this win.

Over a week away from the MLB trade deadline, the Tampa Bay Rays made a deal to acquire slugger Nelson Cruz from the Minnesota Twins. The Rays are currently in second place in the AL East, behind the Boston Red Sox.

The Washington Nationals are rumored to be considering make their ace Max Scherzer available. Teams use this period after the All-Star break and before the deadline to position themselves for the postseason. So expect more news on this front in the coming week,

The intense Boston-New York rivalry in baseball continues unabated. Heading into yesterday’s game, the Boston Red Sox had won 9 of 11 games this season against the New York Yankees. But New York chalked up a comeback win after a 3-0 deficit, buoying spirits all over Gotham.

Crosstown rivals the New York Mets, meanwhile, were down 6-0 against the Toronto Blue Jays in their game last night. And while they had a bit of a rally, in the end they lost. Their ace Jacob deGrom remains on the injured list.

The surprising team with the best record in baseball right now? The San Francisco Giants. After finishing the 2020 shortened season 14 games back of the first-place LA Dodgers, the Giants sit atop the NL West. The Dodgers are 2 games back.

7. time to get kraken

In Green Bay this week, the Aaron Rogers saga continues. He has missed all team events so far. Reports are that the team offered him a 4 year extension that would make him the highest-paid athlete in the NFL. And he turned it down.

Our Sports Desk reports that the consensus view is that this means he really does not want to stay with the Packers. And that in fact, he wants to do what Tom Brady has done: leave his longtime team, go somewhere else of his choosing, and win the Super Bowl.

Sure, that sounds easy. You should definitely go do that, man.

24-year old Collin Morikawa secured the second major championship of his career as he won the 149th Open Championship at Royal St. George’s.

He’s the first golfer in history to win his debut at two different major events. The first player since Bobby Jones in 1926 to win two majors in eight or fewer starts. And Morikawa is just the eighth golfer to win two majors before turning 25. Everyone remembers young Tiger Woods as phenomenal talent – Morikawa exceeds even Woods’ astounding early achievements.

Slovenian Tadej Pogačar, as expected, won the 2021 Tour de France. Pogačar dominated the field in this year’s competition pretty much throughout the race. Even casual cycling fans should remember his name.

He’s won four of the five stage races he’s entered this year. And now he’s in Tokyo, competing in the Olympics. And you thought you had a busy week.

In a final bit of sports news from this week, Brisbane will host the 2032 Summer Olympics and Paralympics – so mark your calendars now!