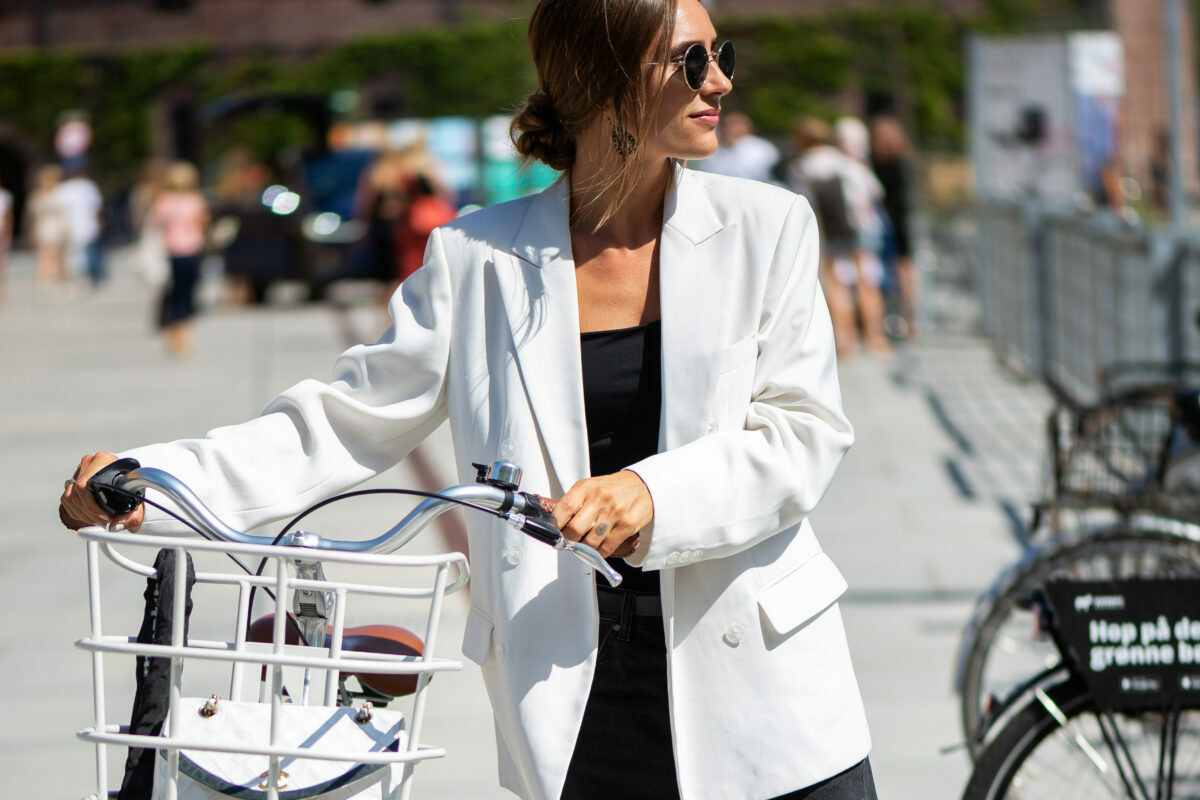 Our Luxury Calendar provides a comprehensive overview of the top events unfolding around the world every month. Some are micro-luxuries (like a really good book) and others are on a grand, epic scale. Personally, if schedules and money were no object, and we could do anything we’d like, here are our top picks for the best luxury calendar events and experiences in the world in August 2021. Consider it your luxury calendar of the can’t-miss events in fashion, art, music, sports, travel and culinary arts in this month of August 2021.

the dream luxury calendar: how to have a brilliant august 2021

What to do in August 2021? Well, dear reader, August is shaping up to be stellar. For three nights across France, les nuits des étoiles will encourage contemplation of the night sky.

There’ll even be College Football! From New York City’s star studded Homecoming Concert to classic cars in Pebble Beach and the new Mandarin Oriental Bosphorus – there’s potential joy all around.

It’s also the last full month of summer – if you haven’t already, it’s high time to find your summer love.

This is a big month for us – we’re celebrating our fifth birthday here at Dandelion Chandelier on August 1st. One year older, one year wiser. We can’t wait to make a wish.

dream events in the world of luxury in august 2021

It’s hard to narrow the list down to just the top 25 best dream picks in the world of luxury in fashion, culture, art and travel for August 2021, but here goes.

Leicestershire’s Nevill Holt has moved its stage outdoors this year with socially-distanced performances for up to 650 people. There’s seats up for grabs or festival-goers can, for the first time, choose to spread out on picnic blankets on the lawn. This year’s line-up includes Verdi’s La traviata and Mozart’s Don Giovanni – Aug 4 – 25

Copenhagen Fashion Week will see a number of Nordic brands showing their Spring Summer 2022 collections. They include Stine Goya, Stand, Holzweiler and By Malene Birger – Aug 10 – 13

NYC’s Little Island is debuting an arts festival called NYC Free featuring music, dance, and comedy performances from 450 established and emerging artists in the new park’s amphitheater and throughout the island – Aug 11 – Sept 5

Despite the rising popularity of Matthew Wong’s work, his paintings haven’t yet been the subject of a solo museum exhibition – until now. This month, the Art Gallery of Ontario is staging Matthew Wong: Blue View. The show features more than 40 works from the self-taught artist’s late ‘Blue Period’, between 2017 and 2019, a world of imaginary nocturnal landscapes, brooding interiors and vibrant still life compositions.

Dream events in the world of luxury in August 2021, including fashion, art and more: Matthew Wong, Blue View. Courtesy Photo.

What’s the best playlist for the month of August this year?

Need a break from ice cream? Bake your way through the Middle East at home with a helping hand from award-winning author Salma Hage. Thanks to her new cookbook, Middle Eastern Sweets ($40), you can be a master of flaky pistachio-apricot baklava and and tahini-infused chocolate fridge cake – Aug 5

The calendar of the top events in the world of luxury in August 2021, including fashion, art and more: Middle Eastern Sweets. Courtesy Photo.

Just in time for a little last minute summer travel inspiration, Colin Salter’s Remarkable Bicycle Rides ($40) offers a fully illustrated collection of 50 of the most spectacular and life-affirming cycling trips from around the world – Aug 10

The Philadelphia-based BlackStar Film Festival has been showcasing the work of black, brown, and Indigenous artists for a decade. With more than 80 films online and in person, highlights include Writing With Fire, a doc about an Indian newspaper run by Dalit women; Teeth, a video about two people struggling to prove to U.K. Immigration their relationship is real; and Beans, a drama about a Mohawk girl coming of age during the 1990 Oka Crisis in Quebec – Aug 4 – 8

A romantic getaway to Greece takes a turn for the worse when a tragic car accident thrusts an American tourist and his girlfriend into the center of a dangerous political conspiracy. John David Washington stars as Beckett on Netflix – Aug 13

Nicole Kidman and screenwriter-producer David E. Kelley are back with yet another thriller for us to feast our eyes on. Based on the novel by Liane Moriarty, Nine Perfect Strangers on Hulu will see Kidman as the mysterious owner of a wellness retreat on which nine city folk seeking self-exploration and healing choose to embark. It soon becomes clear, however, that things at Tranquillum House are not all they seem, and something more sinister than any attendee had foreseen may be brewing – Aug 18

The calendar of the top events in the world of luxury in August 2021, including fashion, culture and more: Nine Perfect Strangers. Courtesy Photo.

Sandra Oh’s new comedy series The Chair on Netflix follows Ji-Yoon Kim, the first woman of color to become the chair at a major university, as she attempts to resuscitate its failing English department – Aug 18

12. only murderers in the building

From the comedic mind of Steve Martin and John Hoffman, Only Murders in the Building on Hulu follows three strangers, played by Selena Gomez, Steve Martin and Martin Short, who reside in the same NYC apartment building and share an obsession with true crime – only to find themselves in the midst of one – Aug 31

BBC Proms is back at London’s Royal Albert Hall. Highlights of this year’s summer season of daily orchestral classical music concerts include an evening of Mozart with the Scottish Chamber Orchestra (Aug 1), the City of Birmingham Symphony Orchestra celebration of the music of British composer Ruth Gipps (Aug 5) and the return of Britain’s only majority Black orchestra Chineke! (Aug 24) – through Sept 11

The calendar of the top events in the world of luxury in August 2021: BBC Proms. Courtesy Photo.

brian stokes mitchell: out with the old, in with the new

Broadway leading man, Brian Stokes Mitchell, will present an evening of song titled Out With the Old, In With the New as part of the Lincoln Center’s “Restart Stages” in Damrosch Park – Aug 12 – 14

16. we love nyc: the homecoming concert

Bruce Springsteen, Paul Simon, The Killers and Jennifer Hudson are just a handful of the names performing at the We Love NYC: The Homecoming Concert produced by Clive Davis in Central Park – Aug 21

Pebble Beach and the Monterey Peninsula in California is the center of the motoring universe with the arrival of Pebble Beach Automotive Week, culminating with the 70th Pebble Beach Concours d’Elegance. It’s not a contest of speed, but of elegance. Automobiles are judged for their style and technical merit, as well as their history, their originality and the accuracy of their preservation or restoration – Aug 15

Nearly 1,000 cars and trucks will be on display at North America’s first and largest-attended auto show dating back to 1900. The New York Auto Show will take place at New York’s Javits Center with four floors of displays from the world’s automakers feature the newest vehicles and latest futuristic concept cars – Aug 20 – 29

College Football is back with Nebraska playing Illinois in a Big Ten battle, among other schedules matchups – Aug 28

In what is unquestionably the best event in tennis in August, the last Major of the year takes place in Flushing Meadows, Queens at the U.S. Open – Aug 30 – Sept 12

Mandarin Oriental Bosphorus, Istanbul opens this month with 130 rooms and suites overlooking the Bosphorus. It’s the first address for the brand in Istanbul with another to follow next year

Top events in the world of luxury in August 2021, including fashion, travel and more: Mandarin Oriental Bosphorus. Courtesy Photo.

Planning a road trip to New England this fall? Bluebird by Lark has launched a new series of hotels to visit including the “boutique base camp” Tälta Lodge in Stowe, Vermont that is just perfect for outdoor adventure seekers

Top events in the world of luxury in August 2021, including fashion, culture and more: The Big Festival. Courtesy Photo.

win the month everyday with these expert August horoscopes

August 1 is Swiss National Day, which commemorates the founding of the Swiss Confederation in 1291. Expect fireworks, speeches, and special bread rolls with a small Swiss flag on top. August 9 is National Day in Singapore, commemorating independence from Malaysia in 1965; there’ll be parades, dances and a spectacular fireworks show over Marina Bay in the evening.

Stargazers of the world will be out in force this month. For three nights, August 6 – 8, les nuits des étoiles, (“night of stars”) will be held all over France; over 300 events will invite both amateurs and certified astronomers to contemplate the planet Mars, “the little sister of the Earth.”

In one of the best luxury events this August, the summer night will be alight. On August 16th in Nyoigatake, near Kyoto, at the Gozan Okuribi (Daimonji Bonfires), five giant bonfires are lit on mountains surrounding the city at dusk. They burn for about half an hour as a form of prayer and seeing off the souls of the departed for the Okuribi people.

In addition to all of that, August 1st is National Girlfriends Day, the day on which we are to take the time to show our baes, BFFs and besties how much we love them; August 25th is National Kiss and Make Up Day (a potential do-over for those who blew it on the 1st).

August 26th is Women’s Equality Day – the day women achieved the right to vote in the US in 1920 and a chance to celebrate women leaders in every field of endeavor.  The 26th is also National Dog Day, a day “for people to recognize the importance of dogs and how they impact their lives on a daily basis.”

what to do to have dream luxury experiences in august 2021

That’s it. Our insider’s guide to the top 25 best events in the world in August 2021 in fashion, travel, culture, art and more. What are you most excited about, dear reader?