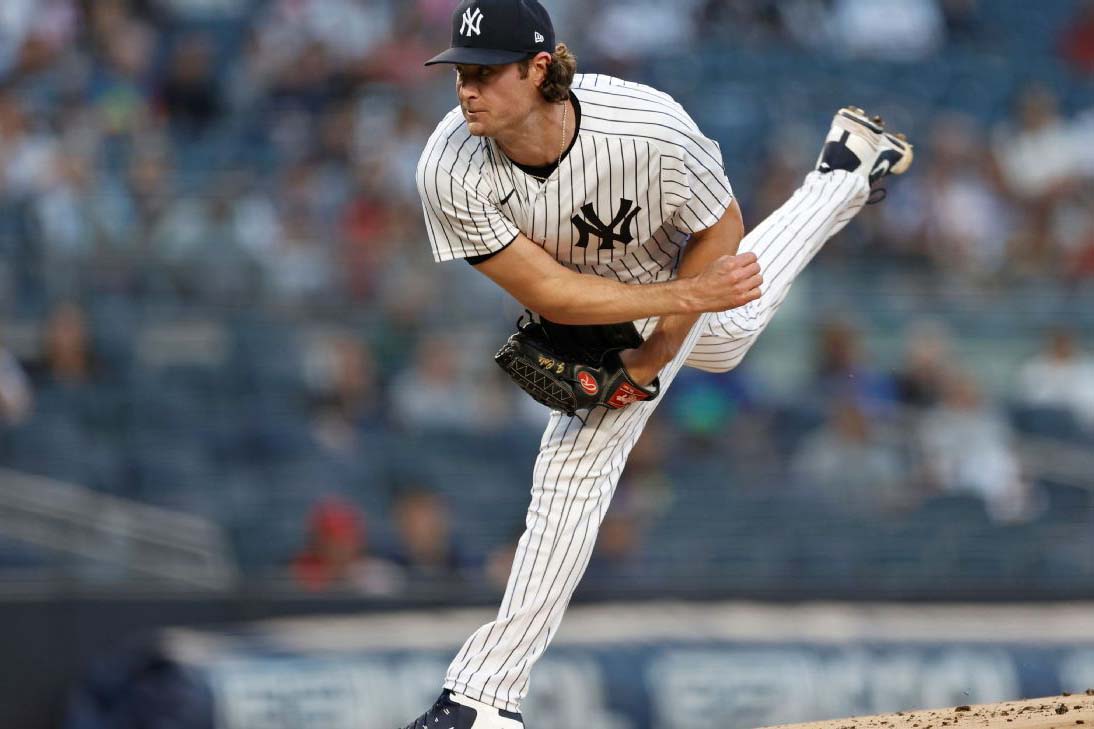 This Week in Sports Talk (TWIST) is our weekly roundup of top headlines and current news events from the past seven days in the world of pro sports, plus a preview of what’s up next. Heading into the week of August 22, 2021, these are the top 10 headlines you need to know about to understand and join the conversation this week about sports, including football, baseball, tennis and basketball news.

Could Aaron Rodgers’ status with the Green Bay Packers be in . . . jeopardy? Now that Mike Richards, the intended heir to Alex Trebek’s role as the host of the game show Jeopardy! is out, Rodgers might put his name back in the running for the job. Before the news came out that Richards would be the new host of the show, the quarterback said “he absolutely would’ve accepted the gig” if it was offered.

Heading into the week of August 22, 2021, these are the top 10 headlines you need to know about to understand and join the conversation this week about sports. Aaron Rodgers has another shot at hosting Jeopardy!

And why not? CBS Sports notes that the show films 46 days a year – so the NFL’s reigning MVP could host Jeopardy! while keeping his day job as the Packers quarterback. Or not. Today’s Daily Double: What is the best way to author your own exit?

The New York Yankees are on a streak, with a season-high 9 wins in a row after they thumped the Minnesota Twins yesterday afternoon. With the best record since July 4, the Yanks have won 31 of 42 games, and have moved ahead of their arch-nemesis the Boston Red Sox.

The New York Yankees have been on a roll since the July 4th holiday. Photo Credit: Getty Images.

As of this posting, the Yanks are in second place in the AL East. That means that while the Bombers are still four games behind the first place Tampa Bay Rays, they’re moving into playoff position with a wildcard slot. And who knows what might happen after that?

LA Dodgers have almost caught up with the San Francisco Giants in the NL West. Courtesy Photo.

Out West, the defending World Series champion LA Dodgers are on an 8-game winning  streak after a 3-2 win against the New York Mets on Friday, putting them in second place in the NL West. As of this posting, they’re only 1.5 games behind the first place San Francisco Giants – close to regaining the spot everyone assumed they’d be in all along.

The Dodgers’ new ace Max Scherzer has been playing well, too – all of which bodes well for the team in the offseason.

Here’s a feel-good story that will warm the hearts of even those who love to hate on the Yankees. The team brought shortstop Andrew Velazquez, 27, up from the minors two weeks ago, after Gleyber Torres went down with a thumb injury. And he’s been having a dream season ever since.

Prior to yesterday’s game, the Bronx native had already delivered a number of key hits and some defensive plays that helped win games for the team. For example, in the 3-game series against the Red Sox, Velazquez went 3 for 7 at the plate, driving in four runs and stealing a base.

This week the press reported that for home games, young Velazquez stays at his parents’ house. Awww . . .

But wait. It gets better!

Yesterday, Velazquez hit his first career MLB home run, with family members in the stands to see it happen.

After the third game against the Sox, the Pinstripes gave him the “Player of the Game” wrestling-championship inspired belt. In a locker room acceptance speech, he said that this was a childhood dream come true. His family even has a picture of him as a child with a championship belt like the real one he eventually earned. So. Sweet.

Speaking of which, this week WWE and MLB entered a multi-year partnership to sell team-branded championship belts and accessories. The stuff that dreams are made of.

Sadly for all the fun we were having watching hedge fund mogul Steve Cohen engage with Mets fans, the team is currently in a free fall. They’ve lost 8 of their last 9 games, and as of this posting, the Mets are at a season-high 7 games behind the Atlanta Braves, sitting at third place in the NL East.

After a heartbreaking 4-3 loss to the LA Dodgers yesterday, the Mets will have one more crack at LA today. Meanwhile, according to our Sports Desk, Cohen is doing his best to channel the late Yankees owner (and seeming tough-guy) George Steinbrenner in response to the team’s unacceptable performance.

3. Fight Night (and morning and afternoon) at NFL Training Camps

The Tampa Bay Buccaneers’ Antonio Brown (“AB”) already seems to be reverting to form before the NFL season even starts. In one of five altercations during a joint practice session between Tampa Bay and Tennessee, the Bucs receiver came to (closed fist) blows with Tennessee Titans cornerback Chris Jackson. Afterward, Bucs Head Coach Bruce Arians said – with a straight face – that AB wasn’t fighting, he was just “swatting flies.” Um, okay . . .

For what it’s worth, in the actual game last night, the Titans rolled over the Bucs, 34-3.

The preseason fisticuffs have involved many more players than just AB. This preseason has seen a notable increase in fighting in the joint practices. For example, the Los Vegas Raiders and LA Rams truncated their scheduled practice days because of fighting (the Raiders went on to eke out a 17-16 win over the Rams). On Friday, New York Giants wide receiver Sterling Shepard and Cleveland Browns cornerback Troy Hill engaged in a wild post-practice fight.

Some are even starting to call out the NFL; the league so far has not formally commented on this matter.  Shouldn’t they consider disciplinary measures for players who fight in practices?

4. Pats win in pre-season, Eagles and Jets not so much

Our New England Patriots had a big win in pre-season! Yes, we hear you saying “who cares?” But there’s been very little for we members of Patriots Nation to celebrate for the past year. So let us have our little moment, please.

The Pats shut out the Philadelphia Eagles, 35-0. And both quarterbacks – Cam Newton and Mac (“Mac and Cheese’) Jones both had impressive nights. The battle for starting quarterback is on!

Meanwhile, the Eagles starting quarterback, Jalen Hurts, didn’t play. Reportedly due to a stomach ache, which sent him to the hospital shortly before kickoff. This caused some macho dudes and dudettes to question whether he’s tough enough for the NFL. Really? What’s with the masculinity tests and shaming, people? Jeez.

There’s despair in the ranks of Gang Green, as the New York Jets lost their highest-profile free agent acquisition this week.  Defensive end Carl Lawson was playing really well in the preseason. But in a joint practice with the Green Bay Packers, Lawson ruptured his Achilles heel. And now he’s out for the entire 2021-22 season. Ugh!.

This week in sports talk: The Jets’ Carl Lawson is out for the season with a ruptured Achilles. Photo by Justin Casterline/Getty Images.

After 13 months of trying to come up with a new name, the Washington Football Team is on the verge of finally making a pick. Washington has officially narrowed its list of potential new names down to just three options.

No, we don’t know what they are. Sorry. We’re rooting for The Washington Cherry Blossoms, but it seems like a longshot.

Tim Tebow’s attempt at a comeback as a tight end came to an end this week, as he was released by the Jacksonville Jaguars, who are led by his former college coach Urban Meyer. But not to worry: he’ll have plenty of ways to make a living with college football broadcasting and other gigs.

7. with Nadal and Federer out, US Open is Djokovic’s to lose

The odds of Novak Djokovic becoming the all-time Grand Slam men’s leader just improved, as did his chances at winning all four Grand Slams in one calendar year. Top rival Rafael Nadal has joined Roger Federer in withdrawing from the tourney with a foot injury.

Henrik Lundqvist, 39, announced this week that he’s retiring after undergoing open-heart surgery. While he never won a Stanley Cup, Lundqvist is the 6th winningest goalie in the NHL. He played his entire 15 season career with the New York Rangers, and retires with a record of 459-310-96 in 887 career NHL games.

In other NHL news, the Arizona Coyotes are in search of a new home. This week, the city of Glendale, Arizona announced that it is not renewing its operating agreement with the team following the 2021-22 NHL season. That will end the team’s 18-year stint in the city’s Gila River Arena.

In the AP Top 25 poll for the upcoming college football season, the defending national champion Alabama Crimson Tide are at . . . wait for it . . . No. 1. As Billie Eilish would say: Duh! The college football season starts in less than two weeks, and excitement is building. Rounding out the top 5? Oklahoma; Clemson; Ohio State; and Georgia.

Finally, in sports entertainment news, Summer Slam went off this weekend with blasts from the past. It’s been “the Summer of Cena” as the 16-time WWE champ goes against current Universal Champ Roman “Head of the Table” Reigns. And Goldberg comes back to battle WWE Champ Bobby “the Almighty “ Lashley.