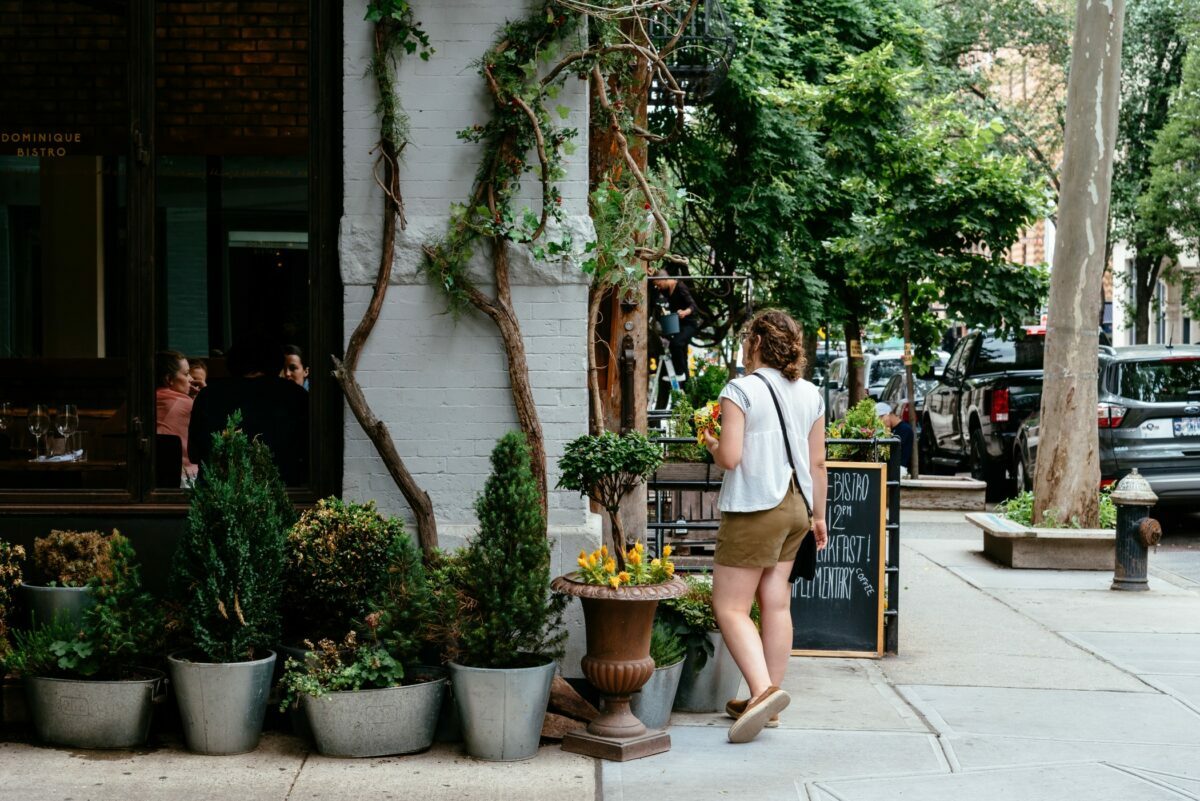 Even during the darkest days of the Great Lockdown, many restauranteurs in New York City were not just sitting around moping. Some pivoted to new business models. And others? Why, they opened new eateries. You have to give it up for anyone brave enough to start something new in the midst of a global pandemic. Extra points if the new venture actually turns out to be best-of-breed. So, what are the new restaurants in the NYC Class of 2021 at the top of our must visit list? Our correspondent Julie Chang Murphy has curated a list of 8 new eateries you have to try the next time you visit New York City.

new restaurants in NYC on our must visit list for 2021

Against all odds, the city that never sleeps is also the city that loves to eat. While so many of our favorite dining spots shuttered for good during the pandemic, New York City has always been about change and reinventing itself.

On the fine dining scene, there’s much to be optimistic about. New ventures from renowned chefs join alums who have paid their dues at the city’s most elegant establishments. There’s a return to swanky interiors to match indulgent and ambitious menus. It’s all we could have hoped for and more.

The new restaurants in the NYC Class of 2021 at the top of our must visit list: 8 eateries you must try on your next visit to New York City.

These are the top 8 new restaurant openings this summer that get us excited about dining out again. And we won’t even mind not getting a reservation for weeks. Somehow, even that particular New York City experience, feels comforting.

Opening on August 25th, Saga’s culinary pedigree is impeccable. The tasting menu restaurant was conceived by the acclaimed Crown Shy duo James Kent and Jeff Katz, who have spent over two decades at Michelin-rated restaurants like Eleven Madison Park and Del Posto. The restaurant, located on the 63rd floor of a FiDi skyscraper, used to be the private apartment of an oil industry titan and the space is still meant to feel like a home — a very fancy home.

Tables and seating are found throughout multiple rooms, bar rooms, and terraces with plush decor and world-class art. And the food, as well, has personal significance to Kent. Several dishes are Moroccan-influenced, reflecting his North African ancestry.

Chef Daniel Boulud needs no introduction so meet his new restaurant in One Vanderbilt, a culinary oasis in Midtown. It opened this past May and for those put off by its right-next-to-Grand Central-location, not to worry. 20-foot-tall olive trees and lush greenery evoke a secret garden ambience, inspired by traditional pavilions found throughout France.

The menu showcases vegetable-forward and seafood-centric cuisine. Think eggplant stuffed with wild rice and paired with charred broccolini, and filet of black sea bass with a medley of zucchini, eggplant and tomato.

From pop-up to its own brick and mortar restaurant in Koreatown, six fine dining alums from the Michelin-starred The Modern are focusing on Korean-Chinese food, executed with French technique and a New York point of view. The restaurant which opened in June offers two tasting menus with dishes like blueberry-cured sea bass or truffle kung pao chicken, and Asian-inspired dessert of rice pudding with peach, granola and red bean semifreddo.

The atmosphere is warm, intimate and approachable –  like a tavern, which just happens to be the English translation of Joomak Banjum.

Chef Henry Zamora, of French Laundry and Quince, brings inventive tacos and ceviche to the Flatiron district. Early reviews about the restaurant which opened in June rave about the raw seafood preparation: tender surf clams in a tomatoey Spanish escabeche or prawn ceviche in a dark green sauce combining both Mexican and Japanese influences with its use of tomatillo and yuzu.

The equally delish tacos feature corn tortillas made on the premises and focus on simple and authentic to the region ingredients. There’s an organic and earthy feel to the 72-seat restaurant and when you suggest it to your friends, here’s a hot tip: güey rhymes with whey (Spanish slang for “dude”).

Chef Austin Johnson and Sommelier Dustin Wilson built their careers at some of the world’s best restaurants — including the 3 Michelin-starred, Eleven Madison Park.  One White Street opened in July in a landmarked townhouse in Tribeca.

It spans three floors: a 25-seat wine bar on the first, and luxe dining rooms on the second and third which offer a six-course tasting menu. The food itself leans heavily on seasonal produce, some of which is sourced from Rigor Hill Farm upstate.

The mood is opulent with midnight blue velvet banquettes, chandeliers from the Waldorf Astoria, and staff wearing Christian Siriano-designed outfits.

How to find the best black-owned restaurants in America

During the Edo period (roughly the 17th-19th century) sarashina-style soba was enjoyed primarily by Japanese royalty. It involves the painstaking process of whittling away the brown husks of buckwheat seeds to reveal the white core which makes for a more sweet and aromatic noodle.

This upscale Flatiron restaurant opened in July and is a Tokyo transplant from ninth-generation owner Yoshinori Horii. In addition to various soba offerings, the menu includes a raw bar section, traditional cold and hot appetizers and tempura.

There you have it — 8 more reasons to be excited about being in New York City. Those are our picks for the new restaurants in the NYC Class of 2021 at the top of our must visit list: 8 eateries you must try on your next visit to New York City. Which one are you trying first?