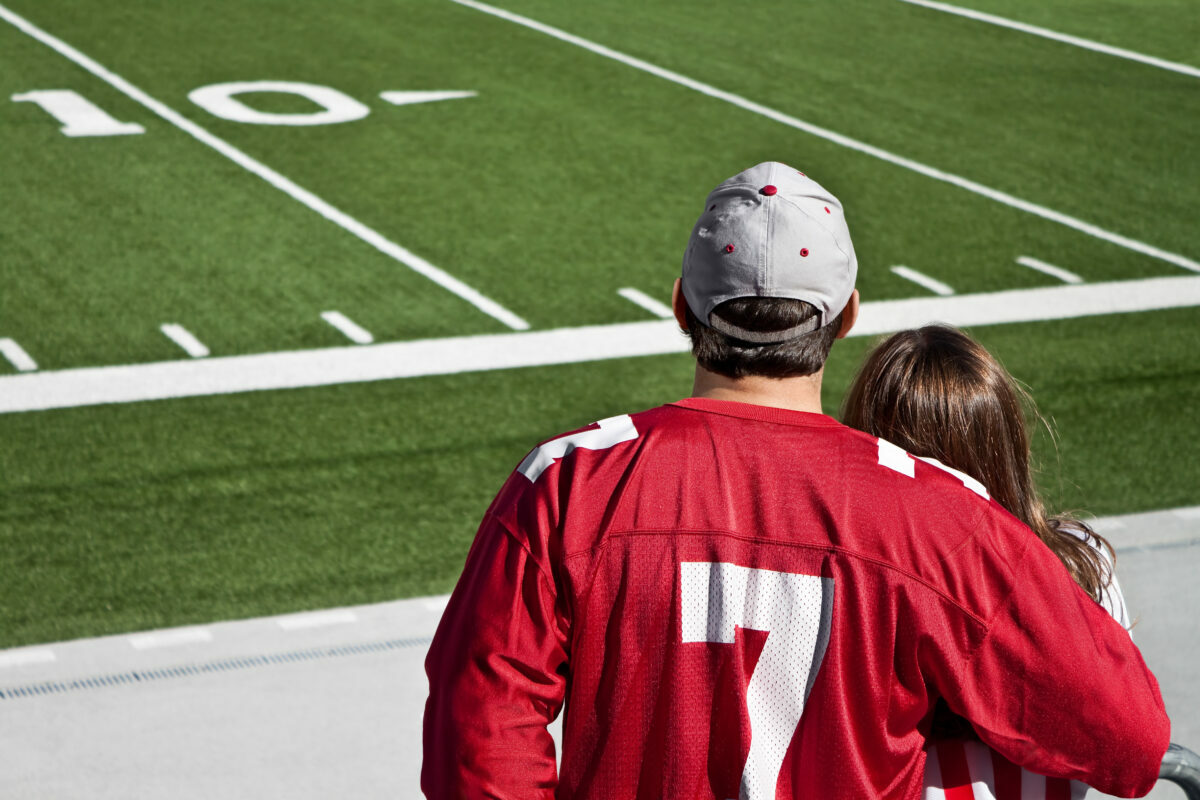 Back to school, back to college football. If you’re in search of the top headlines you should know heading into the new college football season, we’re here to help. In our annual report, our ace correspondent (and my big brother) Vincent Thomas is sharing our preview of what you need to know about NCAA college football 2021, including compelling storylines, fun facts and potential breakout stars.

Yes, dear reader, it has.

Preview of what you need to know about NCAA college football 2021; the compelling storylines, fun facts and potential breakout stars.

Don’t feel bad if the recent news of Hurricane Ida, America’s withdrawal from Afghanistan, the surge in COVID-19 deaths caused by the Delta variant, and the Texas legislature’s anti-abortion statute conspired to allow the start of the 2021 NCAA college football season to sneak up on you. It happens to the best of us.

Now that the first games have been played, however, it’s best to be prepared for the inevitable college football conversations with family, friends, and (most likely still remote) co-workers in the weeks ahead. And it’s never too early to start prepping for the Thanksgiving dinner sports talk, right?

First off, you can get the entire schedule of college football games this season here. That way, if your significant other is an avid fan, you’ll know how to plan your social activities accordingly.

Next, here are seven “talking points” that will enable you to participate in any conversation about the start of the 2021 college football season as if you had spent your entire summer counting down the days until last Saturday’s Georgia v. Clemson game.

Knowing a few fun facts, the names of a few potential breakout stars and these storylines will keep you off the sidelines when the talk turns to sports.

1. The Southern Oligarchy Continues to Rule

Because of the pandemic, I haven’t written a college football season preview post since August of 2019. To prepare, I went “into the vault” to find my 2019 preview post and re-read it. In that post, I wrote:

“There are 130 teams in the NCAA Division I Football Bowl Subdivision (FBS.) Five teams – Clemson, Ohio State, Alabama, Georgia, and Oklahoma – account for 75 percent of the appearances in the four-team playoff tournament that culminates with the FBS National Championship game since the NCAA established the playoff tournament in 2014.”

Think, for a moment, about how different the world is now than it was in August of 2019.

Yet despite everything that has changed in the rest of the world during the last two years, nothing has changed for college football fans on the topic of which teams have the best chance to win the national championship.

Preview of what you need to know about NCAA college football 2021; the compelling storylines, fun facts and potential breakout stars. Clemson is one of the 5 dominant teams.

the big 5 continue to dominate the postseason

As Sports Illustrated reported in its 2021 Football Preview issue:

College football’s four-team playoff system is seven years old, and if the seasons and the brackets seem like they all run together, there’s a reason. Just four teams have filled 71% of the 28 available postseason berths. Alabama (6), Clemson (6), Ohio State (4), and Oklahoma (4).

Sports Illustrated also reported these facts in its story:

In short, “the South’s grip on college football and its talent pipelines has never been stronger.”  Alabama is expected to repeat as national champion.

Preview of what you need to know about NCAA college football 2021; the compelling storylines, fun facts and potential breakout stars. Alabama is expected to win it all again this season.

If you are a fan of one of the schools that dominate the sport, you likely see nothing wrong with this situation. For the rest of us, the logical question is: Why should I bother to watch the regular season games? Because to paraphrase, as unlikely as it may seem, any given Saturday, anyone can win.

There are some surprising newcomers among the teams ranked in the Top 25 in the preseason polls:

Iowa State is a great team to follow this season

If we have one bit of wisdom to share about all of this, it’s don’t sleep on Iowa State. The team’s head coach Matt Campbell is widely considered to be a rising star. He reportedly turned down a $68 million offer from the NFL’s Detroit Lions to become their new head coach during the last offseason.

Preview of what you need to know about NCAA college football 2021; the compelling storylines, fun facts and potential breakout stars. Iowa State is expected to perform well this season.

Moreover, he is frequently mentioned as a possible successor whenever the fan base at an underperforming traditional football powerhouse school starts to complain about the current head coach.

To his credit, he has chosen to stay in Ames, Iowa, where he has quietly led his team to four straight bowl games, including a victory over Oregon in the 2021 Fiesta Bowl last January.

The best hotels in colleges and university towns

3. There’s a rematch for “the game of the century” this year

The University of Oklahoma will have a rematch of the “Game of the Century” against Nebraska this season.

The matchup came to be known as “The Game of the Century.” Nebraska defeated Oklahoma 35-31 in a thrilling game. It included a 72-yard punt return for a touchdown by Nebraska’s Johnny Rodgers.

So, the fun fact to know is that Nebraska and Oklahoma will commemorate the 50th anniversary of “The Game of the Century” by playing each other on September 18.

4. There are some cool buzzed-about games coming up

While none of these games will likely match the pre-game expectations of the 1971 Nebraska v. Oklahoma game, here are some of this season’s most anticipated matchups:

There are also a number of rivalry games that are always fun for students and alums of the schools that play them: Michigan-Ohio State, for instance.

Or my sister’s favorite, the Harvard-Yale game.

The best-dressed players, and fashion style, we love in the NFL

5. There’s a real race for the Heisman Trophy

College football’s most prestigious award is given annually to “the outstanding college football player whose performance best exhibits the pursuit of excellence with integrity.” According to Sports Illustrated, the 2021 preseason favorites for this award are:

Two more players whose names you can drop in conversations:

Mr. Young is off to a strong start. In his first-ever start in last Saturday’s game against the 14th-ranked University of Miami, he threw four touchdown passes.

6. There’s money at stake, thanks to “NIL”-Name, Image, and Likeness

Historically, the NCAA prohibited student-athletes from receiving any benefit from playing on their teams other than a scholarship that covered their “cost of attendance”-tuition, fees, and room and board. A student-athlete who was determined to have received an improper benefit would be at risk of forfeiting her or his eligibility-and thus her or his scholarship.

On July 1 of this year, the NCAA changed its rules. NCAA student athletes are now permitted to benefit from their “name, image, and likeness.”  For the first time, NCAA college football players (and athletes in all other NCAA sports) can sign endorsement contracts or otherwise get paid for the use of their names and pictures in commerce.

who gets to use to use the team’s logo?

You don’t have to hold an M.B.A degree from Harvard University to predict the impact of this rule change on the advertising market. One key question: can an athlete appear in her or his school’s uniform or use the school’s trademarked images?

The answer: it depends.

Sports Illustrated reported that my college alma mater, the University of Michigan, informed its football players that they can use the university’s block M logo. Other universities have reportedly prohibited their student athletes from even using the school’s colors, let alone its trademarked items.

get your autographs now!

If you attend the homecoming game at your alma mater this fall, don’t be shocked to see one of the school’s star athletes endorsing a local restaurant or-as I can report has already occurred in Ann Arbor-signing autographs at the most popular fan gear store in town.

What is “collegecore” and how best to channel this Fall fashion trend?

7. Fans are back in the stands

As we all know, we live in a country that is deeply divided over many issues. Despite that reality, there was one thing that everyone who attended a college football game or watched one on television last weekend seemed to agree upon: it was great – really great – to have marching bands, cheerleaders, and fans in the stands at college football games again.

Preview of what you need to know about NCAA college football 2021; the compelling storylines, fun facts and potential breakout stars. Game Day is back, finally.

Whether you choose to attend a game in person, or choose instead to watch the same game on television or listen to it on the radio from inside your “pod,” I hope you will get the opportunity to feel the excitement of a college football game day at your favorite school this season.

None of us will ever take Game Day for granted again.

That’s our take on the important elements – a preview of what you need to know about NCAA college football 2021, including some compelling storylines, fun facts and potential breakout stars. Grab your team merchandise and let’s go!

Vincent Thomas is a community college academic dean, a former practicing attorney, and the older brother of Dandelion Chandelier founder Pamela Thomas-Graham. After earning a B.A. degree in English from the University of Michigan and a J.D. degree from the University of Wisconsin, he settled in a third Big Ten university city, Minneapolis, Minnesota, a place where both of his beloved alma maters are viewed as college football rivals.