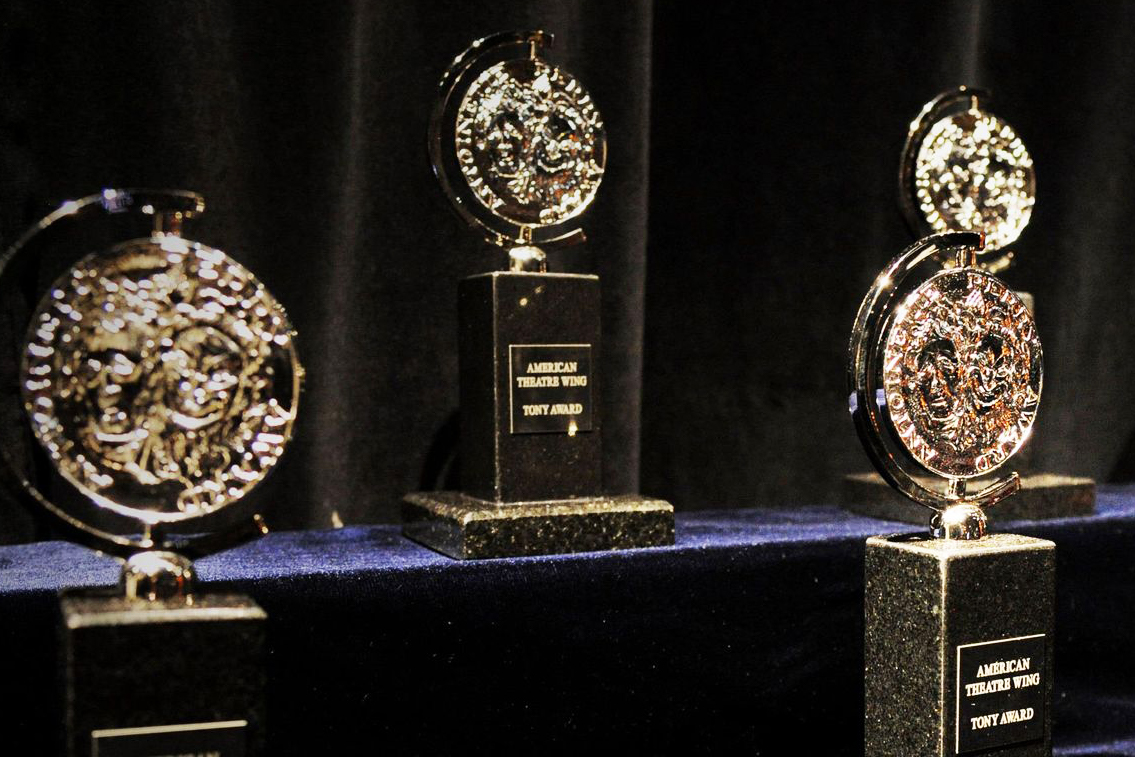 After a hiatus last year due to the global coronavirus pandemic, the glittery award shows in the entertainment world are making a comeback. On September 26th, 2021, the Tony Awards – which recognize the best of Broadway each season – make their triumphant return. Planning to watch? Before you settle in, check out the facts, names and potential surprises that may be in store. Our correspondent and resident cineaste Abbie Martin Greenbaum has written an expert guide on what you need to know and how to enjoy the upcoming Tony  Awards 2021. Pop the cork, and let’s do this!

The Tony Awards will finally return on September 26th. Unlike the Emmy Awards, the Tony’s did not have a virtual 2020 ceremony – after all, Broadway’s lights remained dark from March of 2020 until just last week. Since we have not had a chance to celebrate Broadway’s performers since June of 2019, we can’t wait to honor them this Sunday. And since the nominations were announced in October of 2020 – nearly a year ago – this week’s show feels like a longtime coming. We can’t wait!

Here’s some of what you can expect from the upcoming ceremony, and you can see the full list of nominees here.

This year’s Tony Awards are split into two separate ceremonies, broadcast on two different platforms. Confused? Stick with us.

Beginning at 7 pm you can tune into streaming platform Paramount+ to watch superstar Audra McDonald emcee The 74th Annual Tony Awards. This ceremony will include the acting awards, and most of the show’s other awards categories. Then at 9 pm, you can turn to CBS or the CBS app, to watch the two-hour spectacular The Tony Awards Present: Broadway’s Back!, hosted by the beloved Leslie Odom Jr.

As well as featuring some all-star performances from past Tony’s winners, this concert show will also include the night’s biggest awards: Best Musical, Best Play, and Best Revival. All in all, the two-part ceremony will run for four hours – 7 pm to 11 pm – which feels like a wonderful way to make up for lost time.

2. Performances from the Nominated Musicals

Of course, the best part of any Tony Awards ceremony – at least, in our opinion – is getting to enjoy performances from that year’s nominated musicals.

And don’t worry, because as well as showcasing some Broadway classics, Broadway’s Back will also feature performances from this year’s big three nominees: “Moulin Rouge!”, “Tina: The Tina Turner Musical”, and “Jagged Little Pill.”

As you may have noticed from the fact that there are only three shows up for the Best Musical award, the 2021 Tony Awards have a short list of nominees. Because the window of eligibility was significantly shorter than usual, only a small pool of shows were able to qualify.

As a result, the Tony Awards will have a First in one of their competition categories: Aaron Tveit is the only performer nominated for Best Leading Actor in a Musical. But if you think that means the award is his, you’re wrong – he still needs to get 60% of the vote to claim the prize.

Jeremy O. Harris’ “Slave Play” made history – it received the most Tony Award nominations of any play in all of Broadway history.

As well as “Slave Play”, also nominated for Best Play are “Grand Horizons,” “The Inheritance,” “Sea Wall/A Life,” and “The Sound Inside.”

Our expert guide on what you need to know to enjoy the upcoming Tony Awards 2021.

These five shows made waves when they ran in 2019, and even though it’s been a while, we’re thrilled to see them getting their due.

And for the third award to be announced at the Broadway’s Back! ceremony – the award for Best Revival of a Play.

There are three fantastic contenders: “A Soldier’s Play,” “Betrayal,” and “Frankie and Johnny in the Clair de Lune.”

7. No Award for Best Revival of a Musical

As you may have noticed, there is no Best Revival of a Musical category at this year’s ceremony. Because of the ceremony’s window of eligibility – all shows needed to have opened on or before February 19th, 2020 – no shows qualified for the prize.

Notably, this excluded several revivals that opened in March of 2020: “West Side Story,” “Company,” and “Caroline, or Change.”

Across both the Musical and Play categories, in both the Lead and Featured categories, the actors and actresses nominated for this year’s awards are truly some of Broadway’s best.

You’ll notice names like Jake Gyllenhaal (“A Sea Wall/A Life”) and Blair Underwood (“A Soldier’s Play”), and Mary-Louise Parker (“The Sound Inside”) and host Audra McDonald (“Frankie and Johnny in Clair de Lune”). And many, many, more. It’s clear that no matter who takes home the night’s awards, they’ll all be richly deserved.

In addition to the regular slate of nominees, three Special Tony Awards have been distributed for the 2019-2020 year.

The recipients of the award were Freestyle Love Supreme, David Byrne’s American Utopia, and the Broadway Advocacy Coalition, whose organization harnesses the power of narrative to combat systemic racism.

2019 feels like a million years ago. Even if you did have a chance to see these nominees on Broadway, you may find it difficult to remember all the details – after all, a lot has happened since then.

Our expert guide on what you need to know to enjoy the upcoming Tony Awards 2021.

Well don’t worry, because the official Tony Awards YouTube Channel has clips available for many of the plays and musicals nominated. Watch to refresh your memory before the show begins.

Do you fancy yourself someone who is good at making predictions? Or someone who knows a lot about Broadway? Compete to predict the winners for this year’s ceremony, and you could win tickets to see the Best Musical Nominees.

That’s our preview of what you need to know about – and how to enjoy – the upcoming Tony Awards for the best of Broadway in the 2021 season. Have fun, dear reader!