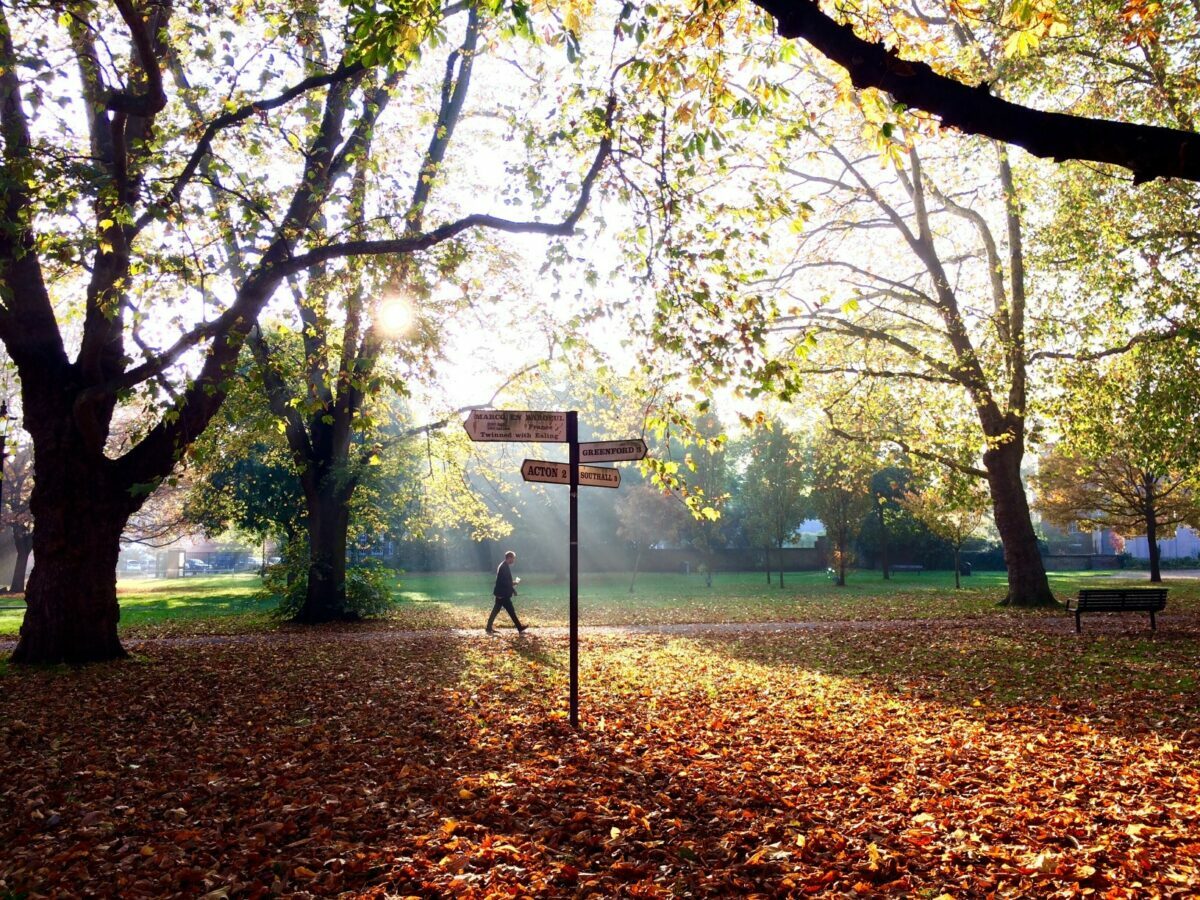 Our Luxury Calendar provides a comprehensive overview of the top events unfolding around the world every month. Some are micro-luxuries (like a really good book) and others are on a grand, epic scale. Personally, if schedules and money were no object, and we could do anything we’d like, here are our top picks for the best luxury events and experiences in the world in October 2021. Consider it your luxury calendar of the can’t-miss events in fashion, art, music, sports, travel and culinary arts in this month of October.

luxury calendar: how to have a brilliant october

Doors will be decorated, the leaves will be ablaze with color, the jack-o-lanterns will literally be ablaze and the luxury ecosystem will be on fire, as well, with moonlight and midnight adventures galore. Trick or treat? Your call. There’s plenty of both in October.

There’s the return of Frieze London. Stage productions, both classic and new including the thought provoking Thoughts of a Colored Man. The star filled The French Dispatch from Wes Anderson in movie theaters. BAM R&B Festival filling Fort Greene Park. Major League Baseball playoffs. A sweet RM Sotheby’s Hershey Sale and even Brooklyn Bagelfest too. October is looking scary good if you ask us.

the best events in the world of luxury in October

It’s hard to narrow the list down to just the top 25 picks in the world of luxury in October 2021, but here goes.

the best events in the world of luxury in october

1. thoughts of a colored man

Frieze London and Frieze Masters return to Regent’s Park in London, featuring six millennia of art history from across the world. Coinciding with the start of the fair is the debut of the new Anicka Yi Turbine Hall Commission for the Tate Modern – Oct 12 – 17

In what feels like a singular exhibit, the Cleveland Museum looks to a range of contemporary artists to create a new, feminist representation of motherhood, without stereotype. Featuring art from the last two decades – as well as a few earlier pieces, to help ground the narrative in history – Picturing Motherhood Now examines motherhood through the lens of gender, of race, and of immigration – Oct 16 – Mar 13

The calendar of the top events in the world of luxury in October 2021: New Museum 2021 Triennial: Soft Water Hard Stone. Courtesy Photo.

5. porgy and bess at the metropolitan opera

With Modernist Pizza ($382), you’re getting three new cookbooks: Spanning three volumes and more than 1,708 pages, this single-subject follow-up to the epic Modernist Cuisine is the definitive guide to the world’s most popular food – Oct 5

Questlove’s new book, titled Music Is History ($25), looks back at the past 50 years through the “prism” of popular music. In his book, The Roots drummer has selected one song from each year between 1971 to 2021 and then explains how that track was informed by or captured the politics and culture of that specific year. Also within the book are Questlove-curated playlists that serve as a companion to the chapters – Oct 12

The calendar of the top events in the world of luxury in October 2021: Music is History. Courtesy Photo.

Delayed by the pandemic for well over a year, Daniel Craig’s purported final outing as James Bond in No Time to Die is set to finally see theaters this month. Léa Seydoux reprises her role from “Spectre,” with Ana de Armas joining the gallery of Bond girls and Rami Malek plays the newest villain, Safin – Oct 8

In Dune Timothée Chalamet plays Paul Atreides, the son of a noble house ruling in the far future over the spice planet Arrakis, where, after a catastrophe shakes his family, he must journey out into the sand to find his destiny. The remake also stars Oscar Isaac, Rebecca Ferguson, Jason Momoa, Josh Brolin, Zendaya and Stellan Skarsgård – Oct 22

Rebecca Hall makes her feature directing debut with an adaptation of a 1929 novel by Nella Larsen. In Passing, Tessa Thompson plays a Harlem woman who encounters an old friend (Ruth Negga) who has been passing for white. André Holland and Alexander Skarsgård co-star – Oct 27 in theaters, Nov 10 on Netflix

The calendar of the top events in the world of luxury in October 2021: Passing. Courtesy Photo.

13. brandi carlile, in these silent days

Grammy winner and bestselling memoirist Brandi Carlile returns with her latest album, In These Silent Days, which she penned during quarantine. According to Carlile it blends “resistance and gratitude, righteous anger and radical forgiveness” – Oct 1

The calendar of the top events in the world of luxury in October 2021: Brandi Carlile, In These Silent Days. Courtesy Photo.

The Metropolitan Museum of Art will host its first ever MetFest, an afternoon filled with special programs, performances, art-making activities, behind-the-scenes tours, food experiences and more, with artists and community partners from across the five boroughs. Taking place both outside and inside—at the Museum’s Fifth Avenue location, the event will celebrate the resilience of New York City and its people and be a moment to reflect on the meaning and inspiration that art can bring to our lives – Oct 2

Among the best events in pro sports every October are the Major League Baseball playoffs; they culminate in the World Series toward the end of the month – Oct 7 – 24

Whether the lure is the scent of chocolate from Hershey’s Chocolate World or the sound of classic motor cars making their way toward the auction block, RM Sotheby’s Hershey Sale is one not to be missed – Oct 7 – 8

The calendar of the top events in the world of luxury in October 2021: RM Sotheby’s Hershey Sale. Courtesy Photo.

The puck drops on the NHL Regular Season as the Stanley Cup champion Tampa Bay Lightning host the Pittsburgh Penguins. The game will be followed by the first-ever regular-season game for the NHL’s 32nd franchise, the Seattle Kraken, who will play against the Vegas Golden Knights – Oct 12

The New York City Jewelry & Watch Show returns to Manhattan at the Metropolitan Pavilion in Chelsea for its fifth edition. Over 90 dealers will exhibit an array of antique and estate jewelry, vintage timepieces and modern collections – Oct 22 – 25

The long-awaited Munch Museum in Oslo, Norway will showcase the country’s rich heritage and culture as well as thousands of artworks by artist Edvard Munch including The Scream and Madonna – Oct 22

Rosewood Villa Magna will be Rosewood’s first address in Spain and its fourth overall in Europe. Along the prestigious Paseo de la Castellana, the Madrid based property is unveiling a contemporary interior remodel and will house Amós, its signature restaurant under the helm of Spanish, Michelin-starred chef Jesús Sánchez – Oct 22

The calendar of the top events in the world of luxury in October 2021: Rosewood Villa Magna. Courtesy Photo.

The Loutrel, a 50-room boutique hotel in Charleston, South Carolina, will open this month. A rooftop terrace and bar will have panoramic city views from this French Quarter location

The first bagel was baked sometime during the 15-century, in either Poland or Germany. But despite their Old World origins, bagels are a point of pride for New Yorkers, owed undoubtedly to the diverse communities of Jewish immigrants woven into the city’s history. It’s only fitting that New York hosts the 2nd annual Brooklyn Bagelfest – Oct 2

The calendar of the top events in the world of luxury in October 2021: New York City Food and Wine Festival. Courtesy Photo.

Elsewhere under the cover of darkness is Paris’s Nuit Blanche on October 2nd.  All of Paris will be a-light as museums, monuments, cinemas, parks and swimming pools stay open from dusk to dawn for one night only.

In China, National Day is October 1st, and Golden Week is Oct 1-7. Also in China, October 14th is the Chongyang Festival (or Double Ninth Festival); people will eat cake, drink chrysanthemum wine, climb mountains, and pay homage to chrysanthemums. The festival has also been designated as Senior’s Day, a day to respect the elderly.

other special days to note this month

Wednesday October 16th is National Boss’s Day in the US, which means it’s one deadline you won’t miss.  While a gift isn’t completely necessary, a kind word is always a good idea.

In addition to all of that, October is Breast Cancer Awareness Month. And of course there’s Halloween, and the start of Día de los Muertos on Tuesday, October 31. The theme for this year’s Greenwich Village annual Halloween Parade in New York is “Let’s Play!” to honor the children of NYC (and our inner children).

Basically, it’s going to feel like a midnight party in the pumpkin patch all month long. It’s good to know that all over the world, people will be moonstruck.

what to do to have true luxury experiences in october 2021

That’s it. Our luxury calendar of the best luxury events and true luxury experiences in October 2021. What are you most excited about?