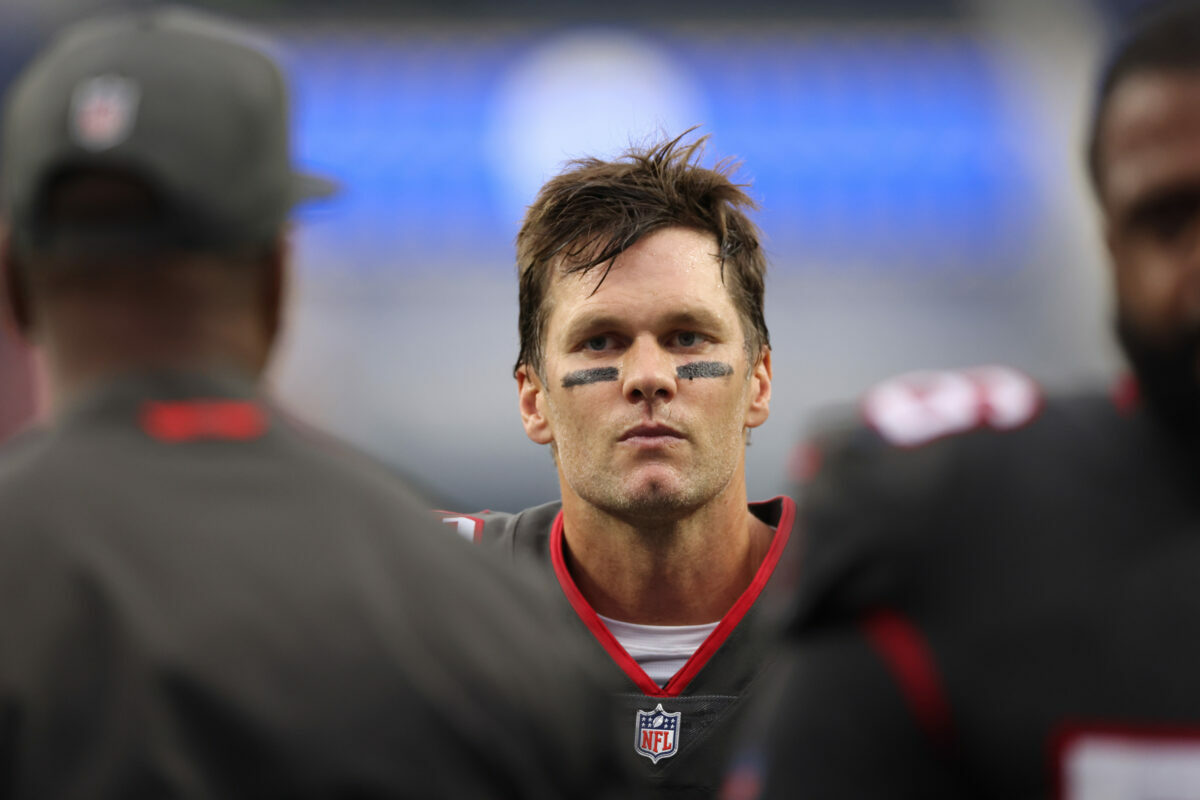 This Week in Sports Talk (TWIST) is our weekly roundup of top headlines and current news events from the past seven days in the world of pro sports, plus a preview of what’s up next. Heading into the week of October 3, 2021, these are the top 10 headlines you need to know about to understand and join the conversation this week about sports, including football, baseball and tennis news.

top 10 headlines to know to join the talk about sports this week: October 3, 2021

1. Highlights (and lowlights) of Week 3 in the NFL

As the dust settled at the end of Week 3 in the NFL, the number of undefeated teams continued to shrink – including the first loss of the season for Tom Brady and the Tampa Bay Buccaneers. Quarterback Matt Stafford dazzled as the LA Rams upset the defending Super Bowl champions.

Other highlights from last weekend? The Green Bay Packers defeated the San Franciscoo 49ers, 30-28. Baltimore Ravens’ kicker Justin Tucker made history by kicking an NFL-record 66-yard last-second field goal for a win over the Detroit Lions. And the LA Chargers defeated the Kansas City Chiefs with a last-minute touchdown. Surprising everyone, and leaving the Chiefs (who are still favored to compete in the Super Bowl) with a shocking 1-2 record.

The Cincinnati Bengals erased a two-touchdown deficit to defeat the Jacksonville Jaguars, 24-21. Bengals kicker Evan McPherson completed the game-winning 35-yard field goal as the clock ran down. Joe Burrow is delivering strong performances in his second season. Thursday he completed 25 of 32 passes for 348 yards and two touchdowns.

No one would have expected to see the Bengals with a 3-1 record at this point. Can they keep it up? Time will tell.

It is impossible to overstate the hype, agita and anticipation that has built up over tonight’s game in Foxborough, Massachusetts.  The great quarterback Tom Brady (TB12) returns to his old stadium to face his old team and coach Bill Belichick. Brady played for the Pats for 20 seasons, led the team to six Super Bowl victories, and then ended his tenure on a shocking note by becoming a free agent and departing for Florida. The last time he played in Gillette Stadium, his last pass was a pick 6 and his team lost to the Tennessee Titans. It was an ignominious end to an illustrious and historic run.

Now, having achieved another Super Bowl win with his new team, the prodigal returns. Tickets are going for $1,100 each. Ratings are expected to go through the roof. Sadly, Rob Gronkowski has to sit this one out due to multiple fractured ribs.

If Brady beats the Pats, he will join Peyton Manning, Brett Favre and Drew Brees as the only quarterbacks in NFL history to have beaten all 32 teams. He would probably also eclipse Drew Brees, the retired quarterback of the New Orleans Saints, for the most passing yards in an NFL career.

To say that Belichick would love to win this game is the understatement of the century. Seeing his star quarterback depart and go on to win the Super Bowl while he delivered a disappointing and error-prone season without him . . . well, that had to hurt. Winning one game won’t erase that stain – but it wouldn’t hurt.

Cue the memes! Our favorites are the ones that play on Adele’s song “Hello (from the other side).”  It all goes down tonight at 8:20P Eastern.

other games, teams and players to watch in week 4

All eyes are on the Chiefs (1-2) to see if they can right the ship today when they visit the Eagles.

Two of the five unbeaten teams face off this afternoon, with the Rams favored to win. Personally, we’re pulling for the Cards. Just ’cause we love us some Kyler Murray.

will either New York team ever win a game?

Meanwhile, here in Gotham we have the distinctive agony of having both of our hometown teams sitting at 0-3. Will the Giants or Jets actually win a game this season? Hope springs eternal.

will the rookie quarterbacks pull it together?

Season to date, only one of the 5 rookie quarterbacks is faring reasonably well. Four of the five rookies are definitely still finding their sea legs. Justin Fields of the Chicago Bears (1-2) was sacked nine times in his debut last week. Trevor Lawrence of the Jaguars (0-4) and Zach Wilson of the Jets (0-3) have yet to win a game. The Pats’ Mac Jones (1-2) had one good game, but bobbled terribly in week 3 in a loss to the New Orleans Saints.

The one exception so far is Trey Lance, who is the backup quarterback for the San Francisco 49ers (2-1). But some would say that he’s had a less demanding role than his fellow rookies.

It doesn’t matter how you start – it matters how it ends, dudes. Good luck out there this week.

Super Bowl LVI will be played at SoFi Stadium in Inglewood, California, home of the Los Angeles Rams. Dr. Dre, Snoop Dogg and Kendrick Lamar are all Southern California-born, making this an epic homecoming for them. Cannot. Wait.

In college football this week, there were two marquee games heading into the weekend. First, No. 1 Alabama (5-0) versus No. 12 Ole Miss (3-1). The former assistant to Crimson Tide head coach Nick Saban, Ole Miss Head Coach Lane Kiffin, had a chance to show that the student can overcome the teacher. But in the end he fell far short, with a 21-42 loss for the Rebels.

The other big game was between No. 2 Georgia (5-0) and No. 8 Arkansas (4-1). Georgia blanked Arkansas, 37-0. While it’s still early in the season, our Sports Desk notes that most analysts are staying that Georgia is the only team that can plausibly challenge Alabama for this year’s college football championship.

6. In the National League, its all about the NL West title

Today is the final day of the MLB regular season, and the post-season lineup is pretty well set in the National League. The NL division winners in the East and Central are the Atlanta Braves and Milwaukee Brewers, respectively.

It has been a truly epic battle in the NL West this season. The Giants are Dodgers are the two teams with the highest number of wins in the league: 104 and 106, respectively. The Giants have won 7 in a row and the Dodgers have won 5 in a row. As of this posting, the San Francisco Giants lead the LA Dodgers by 1 in the NL West.

Whoever wins the NL West, both teams will be in the playoffs. The NL wild cards will be either the Dodgers or Giants (whichever team loses the division race). And the St. Louis Cardinals, who have already clinched the other wildcard.

7. In the American League, a fight to the finish for the wild card slots

In the AL, the Tampa Bay Rays, Chicago White Sox and Houston Astros have clinched their respective division titles.

So the action is all about who gets the two wildcard spots. There are four teams still in the running. Three teams in the AL East: the New York Yankees, Boston Red Sox, and Toronto Blue Jays. And the Seattle Mariners from the AL West.

Yesterday, the Red Sox moved into a tie with the Yankees for the top AL wild-card spot. Depending on what happens today there’s still the possibility of a four-way tie or three-way tie. The Yankees host the Tampa Bay Rays this afternoon, and the Red Sox visit the Washington Nationals. If they both win, both will be wildcards. If both lose or one wins, then the outcome turns on whether the Blue Jays can beat the Orioles. And if the Mariners can beat the LA Angels. Lots of interesting outcomes that we’ll know by the end of the day today – so stay tuned!

8. NBA off-season begins to heat up

NBA teams have begun reporting for training camp. However, one star player is holding out in the hope of a fresh start with a new team.

The Philadelphia 76ers’ Ben Simmons is reportedly threatening to sit out the entire season if the team doesn’t trade him. Simmons signed a five-year, $177 million contract before the start of the last NBA season. Meaning that there are four seasons left. As per the contract, he’s owed $33 million for the upcoming season. But he says he’ll forgo it and not play anywhere if the team won’t trade him. Wow.

9. No vaccine mandate for the NBA players

While the NBA reports that 95% of its players are already vaccinated, the Player’s Association won’t support a mandatory vaccine protocol. So instead, this week the league announced that  unvaccinated players will be subject to a strict set of health and safety protocols, including daily testing (which won’t be required of fully vaccinated players).

There is a wrinkle, though. Local COVID-19 requirements in New York and San Francisco mandate vaccines for sporting events, and the league will enforce those rules for teams in those cities: the Golden State Warriors, Brooklyn Nets and New York Knicks. Including the players.

So, players on those teams who elect not to be vaccinated will have to sit out all home games – and they will not be paid for games that they miss. For the Brooklyn Nets’ Kyrie Irving, who reportedly isn’t vaccinated, reports are that noncompliance would cost him $300,000 per game.

Meanwhile, all referees, team and arena personnel who have contact with the players as part of their jobs are subject to a vaccine mandate as of the first of this month. So are broadcasters, photographers and those at the scorer’s table. All in the service of preventing game cancellations, which plagued the league last season. Fans, on the other hand, will be subject to local regulations for each arena.

LeBron James and Steph Curry have both been clear in media briefings that they are fully vaccinated. However, both seem unwilling to advocate that others (especially their teammates and fans) do the same.

This season, the uniforms in the NHL are going greener in an attempt to help the environment and support sustainability. The league announced this week that all 32 teams will wear Adidas jerseys made of at least 50% recycled content.