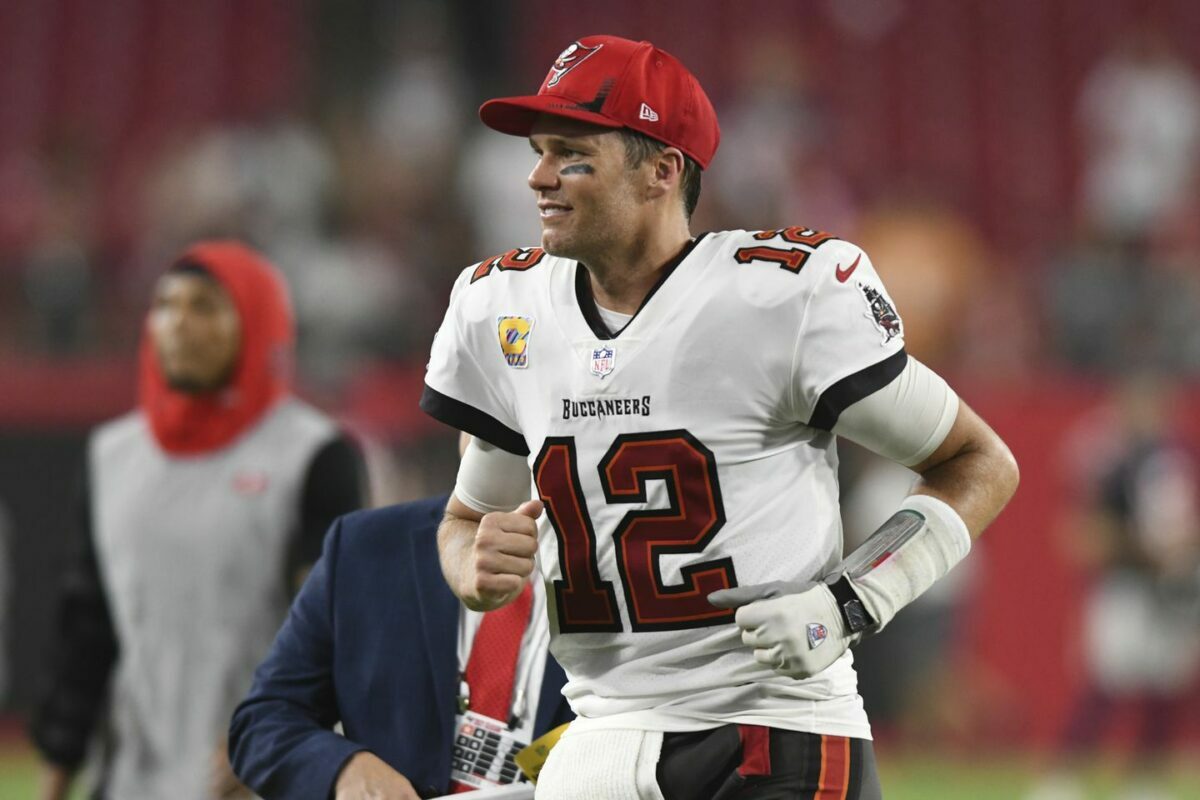 This Week in Sports Talk (TWIST) is our weekly roundup of top headlines and current news events from the past seven days in the world of pro sports, plus a preview of what’s up next. Heading into the week of October 31, 2021, these are the top 10 headlines you need to know about to understand and join the conversation this week about sports, including football, baseball and basketball news.

Happy Halloweekend, dear ghouls and goblins! It’s been another eventful week in the world of sports, and there’s a lot of football being played today. Let’s hope your team doesn’t end up headlining a horror show . . . Here’s what to know, heading into a new week and a new month, about sports.

1. Highlights (and lowlights) of Week 7 in the NFL

The Cincinnati Bengals improved to 5-2 after a 41-17 win over the Baltimore Ravens (5-2). Bengals’ wide out Ja’Marr Chase finished the game with 201 receiving yards, the ninth-highest total in franchise history.

other items of note from Week 7

Other headlines from last week?

The San Francisco 49ers lost their fourth game in a row.

Tom Brady chalked up another new record, becoming the first player in NFL history to throw 600 touchdown passes, as the Tampa Bay Buccaneers (6-1) thumped the Chicago Bears (3-4), 38-3. In an interesting aside, wide receiver Mike Evans accidentally gave away the record-breaking ball – and a Buccaneers staffer had to negotiate to get it back from the fan (who turned out to be a stand-up guy).

Byron Kennedy, who was sitting in the end zone when Evans tossed the record-breaking ball into the stands, will receive two signed Brady jerseys, a helmet, another jersey autographed by Evans and Evans’ game-worn cleats. Brady said that he also promised Kennedy that he’d receive one Bitcoin, which had a value of more than $62,000 the day he said it. The team is also providing a pair of season tickets to Kennedy for the remainder of 2021, all of 2022 and a $1,000 credit to the official team store.

The Arizona Cardinals (7-1) ended their perfect run this season with a loss on Thursday night to the Green Bay Packers (7-1), 21-24.

Packers quarterback Aaron Rodgers was without wide receivers Davante Adams, Allen Lazard, and Marquez Valdes-Scantling. Given that, one could certainly argue that Rodgers now owns the Cardinals, too. After taunting fans at Soldiers Field last week with the assertion that he “owns” the Chicago Bears, he has cashed that check.

Yes, we don’t mind admitting it: we’re a little bit scared of him now.

In an important divisional game, today will feature a meeting between AFC South running backs Derrick Henry and Jonathan Taylor. In Week 3, the Titans hosted the Colts and won, 25-16. Vegas has the Colts as the favorite, but most NFL sportswriters are predicting a win for the Titans.

This is Saints’ quarterback Jameis Winston’s first game against his former team. And these two teams are battling for the top spot in the NFC South. The Buccaneers are the favorites. Should be a good game.

With Dallas Cowboys’ quarterback Dak Prescott recovering from a calf injury, the team has said they’ll make a game-time decision about whether he’ll play today. Either way, this will be a showdown between two of the NFL’s top wide receiver groups. Look for a high-scoring game.

The 2021 NFL trade deadline is this Tuesday, November 2 (which coincidentally is also Election Day).

The biggest story on potential moves so far is Deshaun Watson. Earlier this week, press reports said that the Houston Texans and Miami Dolphins had agreed on a trade for the quarterback. But that Miami wanted his legal issues resolved before consummating the deal. Watson faces 22 active legal lawsuits alleging sexual assault and inappropriate behavior – and he’s apparently not willing to settle them all before a trade can be finalized. If he goes to Miami, then number 5 draft pick Tua Tagovailoa would be out of a job.

The pay of NFL commissioner Roger Goodell has been a closely guarded secret. Until now. According to the New York Times, Goodell’s total compensation has been almost $130 million over the fiscal years 2019-20 and 2020-21 combined.

Goodell’s pay was revealed during the NFL owners’ meeting on Wednesday, and haters should note that the report states that over 90% of his earnings came from bonuses – meaning pay for performance. He delivered both a new Competitive Bargaining Agreement (CBA) and a new media deal worth $113 billion (yes, that’s a “B”) between now and 2033.

So he could totally go up in space, just like William Shatner – and pay for his own ticket.

As of this weekend, we’ve passed the midway point of the 2021 college football season. And it’s been pretty thrilling so far for those of us who grew up in the Midwest – because the Big 10 is relevant this year!

The four contenders in the Big Ten East — Michigan, Michigan State, Ohio State and Penn State — are scheduled to play a series of round-robin games over the next five Saturdays that will likely decide the division, the conference and perhaps even College Football Playoff berths.

Yesterday, No. 6 Michigan visited No. 8 Michigan State in the biggest game between the two rivals since 1964. The teams haven’t met with both ranked in the top 10 since then. They haven’t met with both teams being undefeated since 2010. In a closely-fought game in which Michigan State running back Kenneth Walker III proved to be unstoppable (scoring 5 touchdowns), the Spartans emerged victorious, beating the Wolverines 37-33.

No. 1 Georgia maintained momentum, a perfect record, and the top AP ranking with a 34-7 win against historic rival Florida in “the World’s Largest Outdoor Cocktail Party.”

Ole Miss QB Matt Corral was the Heisman front-runner heading into Week 9. But fresh off a bye week, No. 18 Auburn defeated No. 10 Ole Miss yesterday, 31-20. Auburn is now squarely in possession of second place in the SEC West.

Heading into yesterday’s game, the Ohio State Buckeyes were favored to win by 19.5 points. The final score was much closer. No. 5 Ohio State was able to hang on for a 33-24 win against No. 20 Penn State. Still, a win is a win – and this is the Buckeyes’ 23rd consecutive win in Big Ten play. That’s the second-longest such streak in Big Ten history.

This Tuesday, we’ll get the first College Football Playoff (CFP) Rankings of the 2021 season. For once, there may be some new names near the top.

7. Braves take the lead in the World Series

The Atlanta Braves win the 2021 World Series Game 4 and could clinch the series tonight. Photo Credit: The Houston Chronicle.

But last night, the Braves battled back after a slow start to win Game 4, 3-2. All of a sudden, they’ve got a 3-1 series lead, and they could end it all with a home game win tonight.

LeBron James and the LA Lakers are used to record-breaking achievements. This week, they did it again, setting an NBA record – but sadly of the wrong kind.  The Lakers lost to arguably the worst team in the NBA, the Oklahoma Thunder, after being up by 26 points. It was the first loss for the Lakers in 25 seasons and 230 consecutive games when they were up by 25 points or more.

Meanwhile, to the delight of everyone in Gotham, the New York Knicks sit atop the Atlantic division, with RJ Barrett scoring a career-high 35 points last night in a win over the New Orleans Pelicans.

Across town, the Brooklyn Nets continue to insist that all players be vaccinated against COVID-19. And one of their stars, Kyrie Irving, continues to refuse the vaccine. So they’re playing with just two members of their star trio and will be, apparently, for an indefinite period of time.

9. Quenneville out as Panthers head coach

Joel Quenneville resigned as the NHL’s Florida Panthers’ head coach after the Chicago Blackhawks announced findings from an investigation into allegations of sexual abuse by a former video coach. Two former Blackhawks players were sexually assaulted in May 2010 – and Quenneville was Chicago’s head coach at the time. He allegedly knew of the crimes and participated in conversations about how to cover them up.

In a much lighter NHL story, CBS Sports reports in its “Best Thing I Saw on the Internet” column that the newest franchise, the Seattle Kraken, have already launched some hallowed traditions. For example, following home games at Climate Pledge Arena, Kraken players and team employees participate in a “salmon toss.” Similar to a t-shirt toss – except that here, the players toss fake salmon into the crowd.

That’s our take on the news headlines today and the previews of the week ahead that you need to know to understand and join the talk about sports – including football, baseball, basketball and hockey. Stay safe and strong out there, dear reader. See you next week.