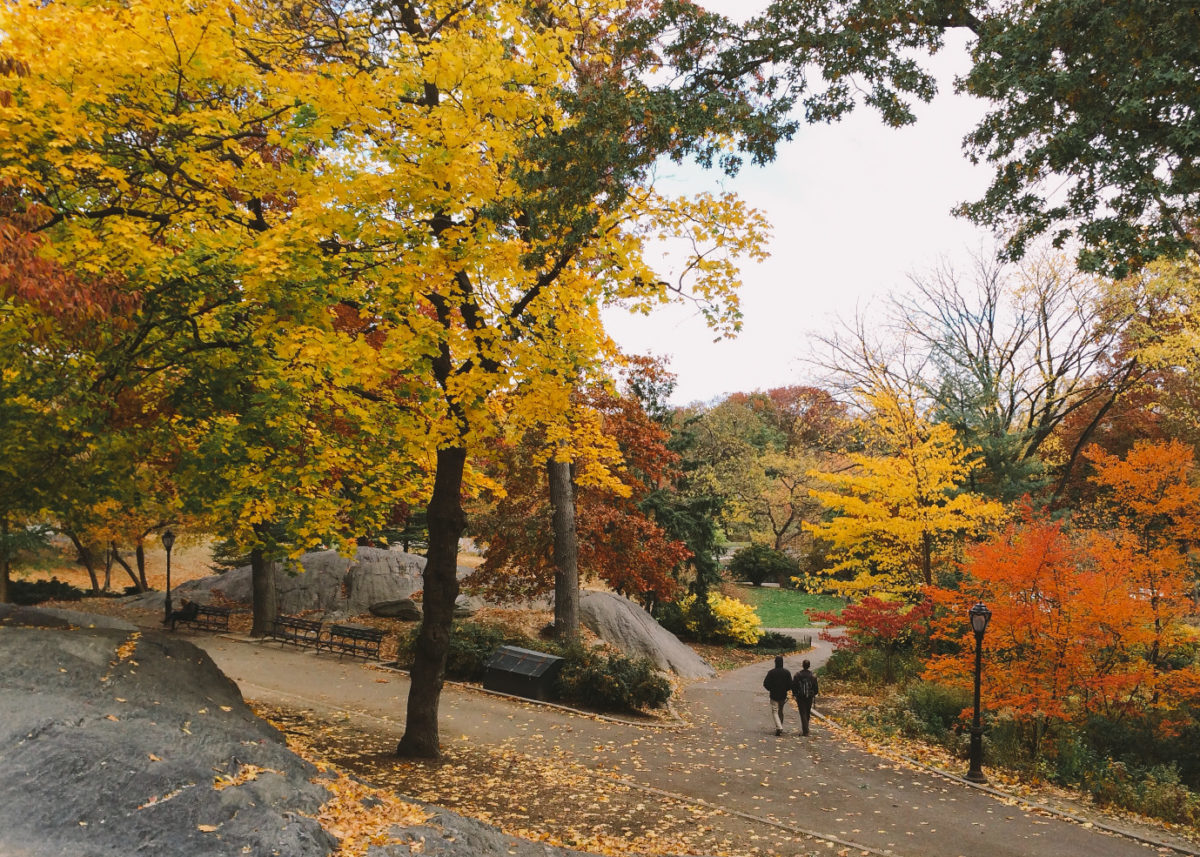 movies to watch if you love the fall (or autumn)

No offense to the rest of the year, but autumn is definitely our favorite season of them all. Sure, summer is great and all, but autumn has sweater weather, apple cider, changing leaves and, thanks to Halloween, even a little bit of magic.

And as it gets a little chillier outside, there is all the more reason to stay cozy at home with a fantastic, thematically appropriate film.

So much happens between the beginning of September and the end of November. And cinema covers it all, whether as an aesthetically generous backdrop, or as the main event. Here are twelve movies we recommend to help you say goodbye to summer, and hello to the season of pumpkin spice.

Of course, one of the most significant moments in September is the back-to-school rush – and one of the best films to celebrate the arrival of the fall season is one of the most iconic boarding school films of all time, Dead Poets Society.

Robin Williams stars as the world’s greatest English teacher, shepherding a group of boys through a year of growth, disappoints, friendship, and tragedy. The movie starts at the tail end of summer. And progresses all the way through winter, as many of the best fall movies seem to do. Being a season of transition and change, autumn seems to shine brightest when you can see what comes before it, and what comes after. And in this case, that movement perfectly mirrors the transformations its characters undergo as they reach adolescence and deal with the consequences.

It is possible that there has never been a movie where fall more fully permeates every scene on screen than Fantastic Mr. Fox. If you have to choose only one of the films that  celebrate the fall season to watch this year, make it this one. Wes Anderson’s gorgeously animated flick about a married pair of foxes (played by George Clooney and Meryl Streep) has apples and apple cider, autumnal woodland creatures, and a perfect, crisp fall color palette.

This film is Anderson at his best, whimsical and charming without making sacrificing any nuance in the characters’ relationships or the story’s depth. And as an added bonus, the musical score evokes the season with every note, and you’ll be humming it all month long.

When Harry Met Sally is another iconic film that follows its protagonists through many seasons, but whose beating heart is in the fall. Most of the movie takes place in Manhattan, and the glories of Gotham in autumn are on full display. Walks in Central Park, lunch at the Boathouse, the Metropolitan Museum of Art. They’re all here. Plus chunky sweaters, tweed jackets, plaid and wool. It’s a sweet and smart movie that hits all the right notes. Watch it with someone you love.

Without question, Pieces of April is the best film about families at Thanksgiving that we’ve ever seen. The plot is simple: rebellious daughter April is living in a low-rent neighborhood in New York. Her estranged mother, suffering from cancer, is coming for Thanksgiving dinner. Her sweet boyfriend is committed to helping. But everything that could possibly go wrong does. The soundtrack is great, the struggle feels real, and April’s apartment building actually looks like what most New Yorkers live in when they’re young and broke.  The way in which a wildly diverse group of neighbors, family members, lovers and friends rally in the face of seemingly impossible odds to get dinner on the table will touch you. And stay with you long after the holidays are over.

For those of us who love the long tradition of “the friend group film,” St. Elmo’s Fire is one of the best. It seems to feature nearly every teen movie star of the 1980’s, including Demi Moore, Rob Lowe, Judd Nelson and Ally Sheedy. Here, fall is one spot on the map of characters’ trajectories. Autumn makes its appearance with the presence of big coats and a Halloween party, as its protagonists deal with relationship drama and the dawn of adulthood.

There are many adaptations of the classic black and white TV show – including a Broadway musical and a soon-to-be-released animated film. But The Addams Family and Addams Family Values – from the early 1990’s are two of the most fun. Anyone who likes spooky, offbeat humor will die – no pun intended – over this charismatic glimpse at the family whose “values” subvert all expectations. They create a movie universe that is uniquely their own.

When you’re a kid, autumn seems like the most magical time of year. The chance to dress up and eat unlimited free candy is so enticing that summer vacation cannot end quickly enough. In the realm of films that celebrate the fall season, no movie captures that feeling of wonder better than Halloweentown. A Disney Channel original movie from 1998, it’s the first in a series of films, all of them revolving around Marnie, a girl who is in the youngest generation of a family of witches. But she has no idea about her powers.

The movie has everything you could possibly want from this genre, including Debbie Reynolds as the grandmother. And a secret, magical world, the titular Halloweentown. Every young autumn-lover’s dream, the movie is made for kids. But it’s actually fun no matter your age, thanks to how it portrays a particular kind of childhood magic.

The best movies for those who love fall autumn: Halloweentown. Courtesy Photo.

Practical Magic is a film that has seen a resurgence in popularity in recent years, so much so that a prequel TV series is currently in development. The movie is a celebration of sisterhood, motherhood and, above all, the supernatural – making it ideal autumn movie-watching. It will make you want to go out into the world and find your own coven so that you, too, can host witchy rituals in your living room.

The best movies for those who love fall autumn: Practical Magic. Courtesy Photo.

Continuing with the great collection of Halloween films made in the 1990’s, next on our list is Hocus Pocus. It’s the story of three witches – played by Bette Midler, Kathy Najimy and Sarah Jessica Parker – who are performing a spell to regain their youth. Of course, that involves stealing the soul of a young girl. Though they are technically the villains of the film, the witches’ sparkling diva energy is what propels it to cult classic status, and makes it a favorite worth watching year after year.

The best movies for those who love fall autumn: Hocus Pocus. Courtesy Photo.

Who wouldn’t want to celebrate every holiday with the Peanuts gang? Linus is every person’s favorite character. In It’s the Great Pumpkin, Charlie Brown, he stays overnight in a pumpkin patch, hoping to catch sight of the Great Pumpkin. His misguided, unfailing optimism is always an inspiration, and there is something immensely comforting about the familiarity of this classic animated film. And that’s what makes it so perfect. Part of what makes autumn so special is the way it feels so comforting and familiar.

11. Home for the Holidays

When we think of family holiday movies, we are often conditioned to think of Christmas films, where squabbling relatives are trapped together while snow falls outside. But Home For the Holidays, directed by Jodie Foster and starring Holly Hunter, Robert Downey Jr, Ann Bancroft and many others, is a Thanksgiving drama. And like the best films that celebrate autumn, it hits the notes that one would hope. This one has all of the antics that we expect and love from movies about dysfunctional families. Watch for theatrical, enjoyable dynamics about the people we just so happen to have stuck in our lives.

The best films that celebrate autumn: Home for the Holidays. Courtesy Photo.

If you decide to watch these films that celebrate fall season in sequence, Meet Me in St. Louis should be the final film you watch. It follows a full year in the lives of the Smith family, who live in St. Louis at the turn of the century. The Halloween sequence is an absolute joy, and epitomizes autumn’s greatest strength: the ability to be a peaceful bridge between the big moments and dramas of summer and winter. This movie musical is a roller coaster of emotions. And the autumn scenes are a sweet safe harbor in a sea of big changes.

The best films that celebrate autumn: Meet Me in St. Louis. Courtesy Photo.

the best movies set in the fall (or the autumn)

That’s it! Our picks of the 12 best films that celebrate autumn. These will take from apple-picking season to Halloween and straight on to Thanksgiving. Have a great fall!