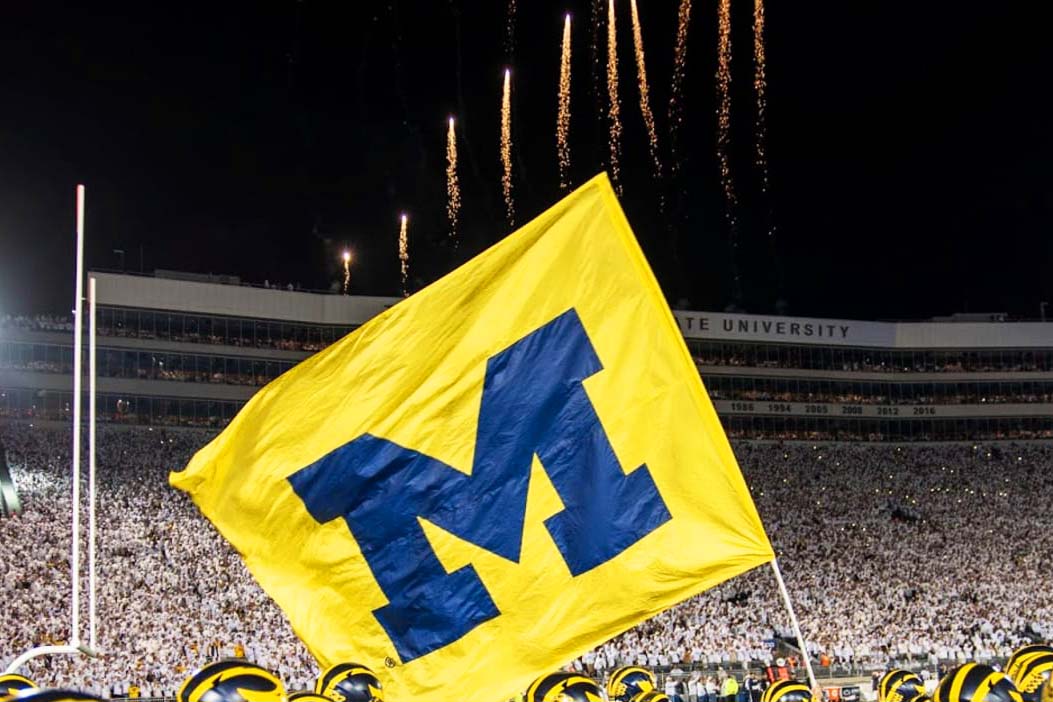 This Week in Sports Talk (TWIST) is our weekly roundup of top headlines and current news events from the past seven days in the world of pro sports, plus a preview of what’s up next. Heading into the week of November 28, 2021, here are the top 10 headlines you need to know about to understand and join the conversation this week about sports, including football, hockey and basketball news.

1. Highlights (and lowlights) of Week 11 in the NFL

The AFC playoff race was turned upside down with losses by both the Titans and Bills on Sunday. The Colts (6-5) defeated the Bills (6-4), 41-15, with Colts running back Jonathan Jones achieving a franchise record with five touchdowns.

The Texans defeated the Titans, a huge surprise given that the Titans had recently beaten the Bills, Rams, Colts, Saints and Chiefs.

Indianapolis’ victory moved the New England Patriots (7-4) to the top spot in the AFC East and bumped the Bills to second place in the division. And the Titans’ loss means the Patriots could take over the top seed in the AFC with a win against Tennessee in Week 12, combined with a Ravens loss to the Browns.

The Vikings beat their division rival Packers, 34-31. The Bears came close to beating the Ravens,  and the Saints lost to the Eagles. Cincinnati won, 32-13, over Las Vegas as the Raiders lost their third straight game.

On Monday night, The Tampa Bay Buccaneers have moved to 7-3 on the season and maintained their perfect record at Raymond James Stadium after trouncing the New York Giants, 30-10.

The Las Vegas Raiders fended off the Dallas Cowboys in overtime in a tense competition that led to several scuffles between the opposing teams. Two players were ejected for a confrontation that broke out during the game. And after it was over, Raiders offensive lineman John Simpson and Cowboys defensive tackle Trysten Hill got into an altercation. According to reports, neither will be suspended for the dust-up. After all, it wouldn’t be Thanksgiving without a squabble or two, right?

the Bengals have won two straight against division-rival Pittsburgh and the Steelers haven’t won either of their last two games.

Coming off a bye week, the Rams will face the Packers in what will be a big game with significant implications for NFC playoff seeding

4. Off-season speculation underway in the NFL

As always by this point in the season, some teams are pushing hard for a postseason berth. And others are surrendering to the inevitable and plotting their moves for the off-season.

Take, for example, the Giants. New York Giants’ head coach Joe Judge fired offensive coordinator Jason Garrett at the end of week 11. A move like that generally means the towel has been thrown in on the season, and that the front office is looking to the off-season for strategic possibilities.

According to CBS Sports, one of those might be a play for Seattle Seahawks quarterback Russell Wilson. Wilson is under contract through the 2023 season after signing a four-year, $140 million extension in 2019. But this is looking like the first losing season of his storied career. He may want to be traded, and it could be a good move for the two teams involved, too. Watch this space for further updates.

It was another big rivalry weekend in college football. And it was good one. After 10 years, the University of Michigan Wolverines beat their arch-rivals the Ohio State Buckeyes in a high-scoring game in Ann Arbor, Michigan. Head coach Jim Harbaugh has finally chalked up his first win against Ohio State. As proud Michigan natives, we cannot tell you how happy this makes us.

The Wolverines have clinched the Big Ten East. Now, Michigan will meet Iowa in the Big Ten conference championship next weekend at the Colts’ home stadium in Indianapolis. Iowa advanced to the finals after Minnesota upset Wisconsin yesterday. A College Football Playoff berth could be on the line.

In the Iron Bowl, No. 3 Alabama visited Auburn and squeaked past them with a 24-22 win that went to 4 overtimes.

In a game a week ago between the Detroit Pistons and LA Lakers, LeBron James apparently inadvertently hit Isaiah Stewart in the head. With his face covered in blood, Stewart went after James, and both players were ejected for their actions. Stewart received a two-game suspension for his reaction to the hit, while James got only a one-game ban.

This is the first time in James’ professional career that he’s been suspended. While many observers feel that this sanction is insufficiently harsh, it was reported that James attempted to obtain Stewart’s phone number after the game because he wanted to apologize for his role in the altercation.

Meanwhile, the Phoenix Suns are red hot – winning 16 games in a row as of this posting.

The final round of MLB awards for the season has concluded, and there are heartwarming stories behind the two Comeback Player of the Year award recipients. Former San Francisco Giants catcher Buster Posey missed the 2020 season after opting out due to COVID-19. This season, the catcher hit .304, with 18 home runs and 56 RBIs. Orioles first baseman and outfielder Trey Mancini missed the entire 2020 season after undergoing surgery for colon cancer. During the 2021 season, the slugger posted a .255 batting average, with 21 home runs and 33 doubles. Mancini even finished second to Home Run Derby champion Pete Alonso at the All Star weekend festivities.

The current MLB collective bargaining agreement (CBA) expires this Wednesday, December 1. The CBA is what governs nearly every aspect of the working relationship between the players and team owners. The experts are predicting that owners will lock out the players on December 1 or 2 until a new CBA is negotiated.

The ballot for the 2022 Baseball Hall of Fame class has been announced, and the shadow of steroid use is still present. Newcomers to the ballot include David Ortiz, Alex Rodriguez and Mark Teixeira. In addition, several players – including Barry Bonds, Roger Clemens and Curt Schilling – are in their 10th and final year on the ballot.

Bryson DeChambeau and Brooks Koepka, two of the most notable stars on the PGA Tour, have been engaged in a fierce personal rivalry for some time. In Las Vegas on Friday, the two met in The Match 5 at the Wynn Golf Course in Las Vegas to play 12 holes.

Every previous iteration of The Match had either been a four-man game or a 1:1 between Tiger Woods and Phil Mickelson. Phil Mickelson and Charles Barkley provided the color during the broadcast. Proceeds from the event go to charities – this year the recipients include the Advocates Pro Golf Association Tour, Feeding America, Shriner’s Hospital and St. Jude Children’s Research Hospital.

Iman Shumpert became the first former NBA player to win “Dancing with the Stars” this week.