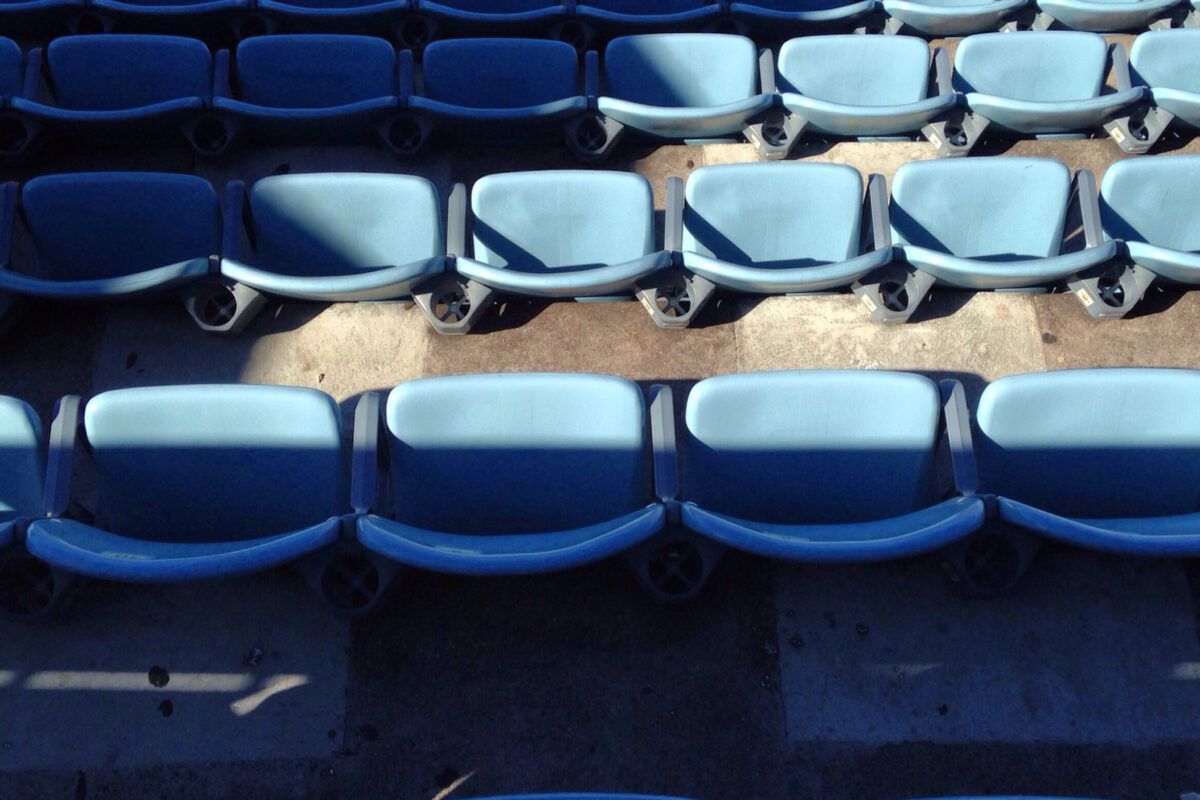 This Week in Sports Talk (TWIST) is our weekly roundup of top headlines and current news events from the past seven days in the world of pro sports, plus a preview of what’s up next. Heading into the week of December 5, 2021, here are the top 10 headlines you need to know about to understand and join the conversation this week about sports, including football, hockey and basketball news.

top 10 headlines to know to join the talk about sports this week: December 5, 2021

1. Highlights (and lowlights) of Week 12 in the NFL

Last Sunday, the Cincinnati Bengals (7-4) hosted their AFC North foes the Pittsburgh Steelers (5-5-1) and achieved a historic win. The 41-10 blowout win matched Cincinnati’s largest margin of victory over Pittsburgh ever.

Elsewhere in the AFC North, the Baltimore Ravens overcame four Lamar Jackson interceptions as their defense dominated in a 16-10 win over the Cleveland Browns. Baltimore remains the No. 1 seed in the AFC at 8-3.

Tampa Bay Buccaneers’ running back Leonard Fournette had three rushing touchdowns and one receiving touchdown in a 38-31 win over the Indianapolis Colts.

Today will see a number of lopsided competitions – at least if you believe the Vegas line. The Rams play the Jaguars, Tampa Bay is playing the Falcons, and the Chiefs are playing Denver. All have more than 10 point spreads, implying no close calls or likely upsets.

But if we’ve learned anything, it’s that you just never know what ‘ll happen . . . And there are a couple of “big” games that even Vegas thinks have some promise.

These are the two teams who in 1982 engaged in the coldest game in NFL history. The Bengals dominated the Chargers by a score of 27-7 in a game that has come to be known as the “Freezer Bowl.” There’s unlikely to be that level of drama today, but both teams have plenty on the line.

Cincinnati trails the Baltimore Ravens by one game in the battle for supremacy in the AFC North. And they boast one of the top offenses, defenses and special teams in the league. LA started strong this season, but losses since then have the Chargers one game behind the Kansas City Chiefs in the race for the AFC West crown.

The Steelers’ defensive has been a massive disappointment for the past two games. And while the Ravens won their last game, Lamar Jackson turned in one of his worst performances ever. And Baltimore’s offense has been weak, We know good defense beats good offense. But what if both are weak? Tune in and find out.

In other news regarding games today, quarterback Daniel Jones has been ruled out for the New York Giants’ game in Miami due to the neck injury he suffered during last week’s win over the Philadelphia Eagles. Mike Glennon will start against the Dolphins.

In what should also be a good game, the New England Patriots travel to Buffalo to play the Bills on Monday Night Football. Regular readers know that we root for the Pats whether they win or lose. But we much prefer it when they win. And this is the biggest game of the season for them – and also for their opponents. The two are in a close battle for supremacy in the AFC East.

Lake-effect snow is in the forecast for this game, and the new Pats quarterback, Mac Jones, has spent the majority of his life playing football in Florida or Alabama. Usually the Pats do best when the weather is at its worst. Let’s hope that’s true here! It’s looking like a cold and windy night . . .

Hit me baby, one more time. Lots of people are on their third COVID-19 shots. Because, you know, science. However, a number of people are going to truly Herculean (and somewhat bizarre) lengths to avoid getting even one dose of the vaccine.

Take for example, the Tampa Bay Buccaneers’ Antonio Brown. AB and two of his teammates were suspended for three games for faking their COVID-19 vaccine certificates.  AB’s personal chef was the one who brought the deception to light. The NFL says it will also investigate other teams.

This news comes after Green Bay Packers’ quarterback Aaron Rodgers misled the public about his vaccination status. Whether or not you agree with him, at least the NBA’s Kyrie Irving is being clear about what his vaccination status is – and he’s willing to keep paying the (ever increasing) price for his personal decision. For the record, Tampa Bay is 5-0 when Brown plays — and 3-3 when he doesn’t. The team is not fighting the suspension, and says that AB has now received his first coronavirus vaccination shot.

Yesterday was a huge day yesterday in college football, with significant implications for the College Football Playoff (CFP).

The Big Game was in Atlanta, where No. 1 Georgia met No. 3 Alabama in the SEC Championship game. Alabama won easily, 41-24, with sophomore quarterback Bryce Young (probably a shoo-in for the Heisman Trophy) throwing three touchdown passes and rushing for another. Alabama won for the seventh straight time over Georgia.

Both teams are likely to make the final cut for the CFP – the announcement of the final four will be today at 12 noon Eastern.

Meanwhile, in the Big Ten Championship, No. 2 Michigan rolled over No. 12 Iowa, winning 42-3. Its the Wolverines’ first conference title since 2004.

In the AAC Championship, No. 21 Houston fell to No. 4 Cincinnati, 20-35. Cincinnati could make history later today as the first Group of Five program to make the CFP.

Finally, in a shocking upset in the Big 12 Championship, No. 9 Baylor defeated No. 5 Oklahoma State, 21-16. Baylor earned its first Big 12 title and its first conference championship since 2014.

For other teams, this week was about the coaching carousel. Oklahoma coach Lincoln Riley is heading to USC, and his top prospect for next year has “de-declared” for Oklahoma and switched to USC.

There are rumors that Kliff Kingsbury, the NFL Arizona Cardinals coach, might for take the Oklahoma top job. Our Sports Desk thinks that’s unlikely, since the Cards have the best record in the NFL right now.

6. Big trades, and then an MLB lockout

Major League Baseball is now in lockout, as the league negotiates a new collective bargaining agreement with its players. Teams are not allowed to talk to players, make major-league signings or execute any trades.

This is the ninth work stoppage in M.L.B. history, and the fourth lockout.

Prior to the lockout, some teams pulled off  big trades. Most prominently, the New York Mets and their owner, hedge fund mogul Steve Cohen, signed pitcher Max Scherzer to a record $130 million, 3-year deal. It comes with a $43.3 million average annual salary and an opt-out after the second year. Our Sports Desk notes that based on averages for the year, the ace will be paid about $13,000 per pitch!

We note that as long as Jacob deGrom can play next season, the Mets may have the two best pitchers in baseball in the same rotation. As residents of Gotham, we are here for that.

The Toronto Blue Jays struck a deal with right-hander Kevin Gausman on a five-year, $110 million contract. And the Minnesota Twins agreed to an extension with center fielder Byron Buxton for seven years and $100 million.

The Brooklyn Nets are on top in the East, even without their star Kyrie Irving. Their 16-7 record puts them just ahead of the 16-8 Chicago Bulls. The crosstown New York Knicks, however, have faded. They’re currently at 11-12.

Seems like the sun rises in the West, at least in the NBA. The Golden State Warriors continue their amazing run. On Friday night, they broke the Phoenix Suns’ 19-game winning streak with a 118-96 victory. It was particularly satisfying, as the Suns had defeated the Warriors just three days earlier.

The Warriors are in first place in the NBA, with a 19 – 3 record. The Suns are a close second, at 19 – 4. Remarkably, the Suns did not lose a game during the entire month of November. And the Warriors’ Steph Curry just goes from strength to strength. If you get a chance to see either of these teams play this season, TAKE IT.

The Portland Trail Blazers have parted ways with president of basketball operations and general manager Neil Olshey, following an investigation by the franchise into Olshey’s workplace behavior, which was described as “toxic” and “profanity laced” by several employees.

9. Something fishy about the LeBron James situation . . .

James expressed some frustration with the way that the situation was handled after being cleared to play. Having played in just 12 of the Lakers’ 24 games so far this season, being sidelined for even one game was particularly challenging.

Just after being placed on the league’s coronavirus protocol, James tweeted out that “something is REAL” followed by several fish emojis. Hmmm . . .  fishy. Was he implying subterfuge on the part of the league? Fake test results? A vast sinister conspiracy of some sort? We may never know.

In an interview earlier this week, golfer Tiger Woods shared that after a horrific car crash in February, he is unlikely to be able to return to full-time competition.

However, in the past couple of days, reports are that Woods is seriously considering playing in the PNC Championship later this month. The field at the 36-hole event in Orlando is filled each year by 20 former major champions and a family member of their choice. Meaning Woods could play with his son Charlie.