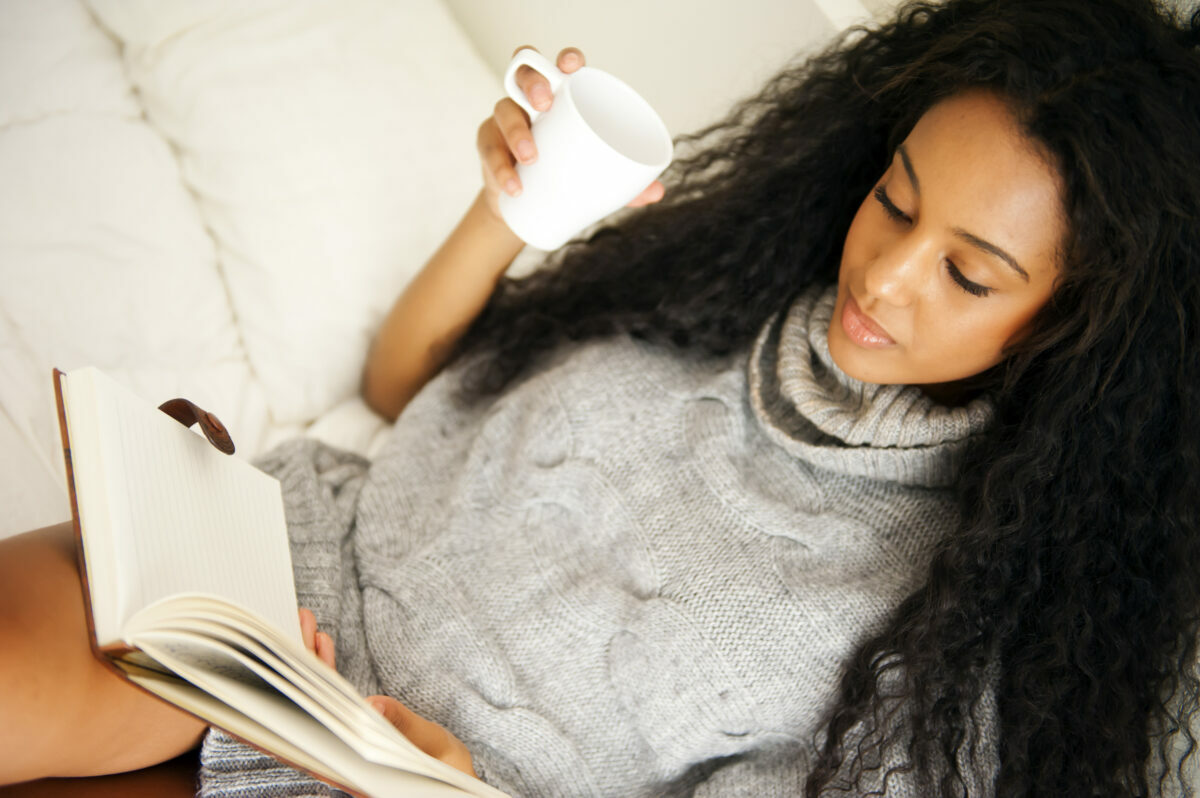 We’re just gonna say it: sometimes reading history books is a bit of a grind. But it doesn’t have to be that way, dear reader. We’ve gone digging, and found some true gems. These are some of the best new and recent non-fiction books written by women that bring Black history and the ongoing struggle for equal rights for African Americans vividly to life.

Sometimes reading about history feels more dutiful than pleasurable. Like doing a homework assignment, as opposed to being in the grip of an unputdownable book that keeps us up reading way too late on a weeknight.

Even when it comes to the very pressing topic of Black history and the antecedents of our current struggles and conversations around race in America, there are dry history books that have lots of facts but that are a bit of a grind to get through.

And then there are histories so urgent and well-crafted that they read like the best novels – meaning that the protagonists become people we see as fully dimensional. Their plights become personal. And there’s genuine suspense, even though we know the ultimate outcome.

Best new non-fiction books written by women that bring Black history and the ongoing struggle for equal rights for African Americans to life.

1. Traveling Black: A Story of Race and Resistance by Mia Bay.

Named one of the 10 Best Books of 2021 by The New York Times, Traveling Black is a detailed account of all the ways in which unequal treatment in transportation sparked and fueled the Civil Rights Movement in America.

We are old enough to remember our parents telling us how hard it used to be to drive as a family from our home in Detroit to visit relatives in South Carolina and Georgia. As recently as the early 1960’s, Black people couldn’t reliably purchase gasoline or food; find overnight accommodations; or even locate a sanitary bathroom as they motored from North to South. Jim Crow laws in the southern states prohibited the races to mix in even the most basic ways, limiting the ability of African Americans to move freely. And subjecting them to petty humiliations – and in some cases, extreme violence.

Bay traces that history all way the back to the horse-and-buggy, through steamships, railroads, buses and airplanes. And makes a compelling case that transportation and the freedom it grants has long been the locus of racial discrimination in America. And also the catalyst for significant change. It’s a long journey to a truly free and democratic society and we’re not there yet – but reading this book has given us renewed purpose and energy for the road ahead.

2. Caste: The Origins of Our Discontents by Isabel Wilkerson.

In Caste, the Pulitzer Prize-winning author excavates and makes visible the unspoken and unseen caste system that has shaped America since its inception. And she does it in a way that brings the issue down from the academic ivory tower and into the lives of everyday people. Linking the caste systems of America, India, and Nazi Germany allows her to spark a visceral understanding of what the lived experiences of African Americans has been. She methodically explores eight pillars that underlie caste systems across national boundaries and time itself. And illustrates each of them using poignant stories about people as varied as Martin Luther King, Jr., Satchel Paige and an everyday single father and his toddler son. She also reveals her own life experiences with caste and how they have shaped the woman and scholar she is today.

3. The Sum of Us: What Racism Costs Everyone and How We Can Prosper Together by Heather McGee.

In The Sum of Us, the economist and author embarks on a personal journey from Maine to Mississippi to California. Her aim is to quantify the economic cost of what we lose as Americans when we adopt a zero-sum mindset: the belief that progress for some in the U.S. must necessarily come at the expense of others.

McGee meets white people who confide in her about losing their homes, their dreams, and their shot at better jobs. Some blame the rich. But many blame Black and Brown people. However, in unlikely places – including churches and offices – McGhee finds proof of what she calls “the Solidarity Dividend”: the benefits we gain when people come together across the races to accomplish what they can’t on their own. Ultimately, it’s a heartfelt plea – backed with an economist’s rigor – for a broader, growth-oriented mindset. And a rejection of the notion of the zero-sum game.

4. On Juneteenth by Annette Gordon-Reid.

In Galveston, Texas on June 19, 1865, Major General Gordon Granger announced the end of legalized slavery in the state. That’s how “Juneteenth” got its name. Fast forward to today, and in just a few short years, Juneteenth has gone from being a somewhat obscure regional celebration to a new national holiday. What does it mean, how did it begin, and how should we honor this day? On Juneteenth provides answers from a woman who has been celebrating the holiday as a Black Texas native all her life.

The Pulitzer Prize winner takes a historian’s view of the country’s long road to Juneteenth. She recounts both its origins in Texas and the enormous hardships that African-Americans have endured, from Reconstruction through Jim Crow and beyond. It’s a fascinating insider’s view on Black life in Texas, and it turns many of the long-held myths and tall tales about the state on their heads in the interest of creating a complete historical record.

5. All That She Carried: The Journey of Ashley’s Sack, a Black Family Keepsake by Tiya Miles.

All That She Carried is a true and truly heartbreaking story. In 1850’s South Carolina, an enslaved woman named Rose faced the horror of the imminent sale of her young daughter, Ashley. Acting on impulse, she packed a cotton bag with a few precious items. Soon after, the nine-year-old girl was separated from her mother and sold. The two never saw each other again.

Decades later, Ashley’s granddaughter Ruth embroidered this family history on the bag in spare yet haunting language—including Rose’s wish that “It be filled with my Love always.” Long after, the historian and author of this book set out to unearth what could be known about these women. To follow the paths of their lives—and the lives of so many women like them. It’s a history of the experience of slavery, and the uncertain freedom afterward, as experienced by one family. Sadly, though, the hardship and loss are not unique to this remarkable African American clan.

The 1619 Project was originally published as a special issue of the New York Times Magazine. That densely reported group of articles was perhaps the first time that most people learned that the very first slave ship landed in America in late August 1619. Arriving in the British colony of Virginia, it bore a cargo of twenty to thirty enslaved people from Africa. Their arrival led to the system of American chattel slavery that would last for the next 250 years.

This book substantially expands on the original collection of articles. It weaves together eighteen essays exploring the legacy of slavery in present-day America with thirty-six poems and works of fiction that illuminate key moments of oppression, struggle, and resistance. Like a tapestry, a close look is edifying. And stepping back to read this book as a whole is like looking at the very fabric of America itself.

7. You Don’t Know Us Negroes and Other Essays by Zora Neale Hurston.

You Don’t Know Us Negroes complies over 30 years’ of the iconic writer’s nonfiction work. While she’s best known as a novelist, this anthology traces Hurston’s coverage of race, gender, and politics as an essayist. She was a keen observer of African American art and culture from the height of the Harlem Renaissance to the early years of the Civil Rights movement. Harvard professor Henry Louis Gates Jr. provides the entertaining foreword.

8. South to America: A Journey Below the Mason-Dixon to Understand the Soul of a Nation by Imani Perry.

In South to America, the Princeton professor of African American Studies argues that in order to understand American identity, it’s essential to understand life, historically and now, below the Mason Dixon line.

9. The Three Mothers: How the Mothers of Martin Luther King, Jr., Malcolm X, and James Baldwin Shaped a Nation by Anna Malaika Tubbs.

One of the ways in which history comes to life is by telling familiar stories from the perspective of “minor” players who may have been completely overlooked in the prior tellings. And because so often the overlooked are women, it comes as no surprise that female historians have taken the lead on documenting the roles that these unsung heroes have played. In this case, it’s the Black women who birthed and raised three towering figures in Black history. And if anyone needs reminding, this book is further proof: never underestimate the powerful influence of mama in the life story of a strong Black man.

We close our list of some of the best new non-fiction books written by women that bring Black history to life with a brutally honest memoir. Somebody’s Daughter is a story of what it felt like growing up a poor Black girl in Indiana as a member of a family fragmented by incarceration. Ford had a fraught relationship growing up with her mother, and longed for a more supportive relationship with her father. But he spent her childhood in prison – and the crime he committed was always shrouded in mystery.

As rebellious teenager, Ford started a relationship with a boy her mother disapproved of. When she decided to end it, he assaulted her. The crime remained a secret until the day her grandmother unknowingly shared with Ford the reason her father is in prison. That sent her reeling, and set her off a new journey for a sense of self, and a meaningful place in her family. And in the world.

Best new non-fiction books written by women that bring Black history and the ongoing struggle for equal rights for African Americans to life.

Pamela Thomas-Graham is the Founder & CEO of Dandelion Chandelier. A Detroit native, she has 3 Harvard degrees and has written 3 mystery novels published by Simon & Schuster. After serving as a senior corporate executive, CEO of CNBC and partner at McKinsey, she now serves on the boards of several tech companies. She loves fashion, Paris, New York, books, contemporary art, running, skiing, coffee, Corgis and cats of all kinds.