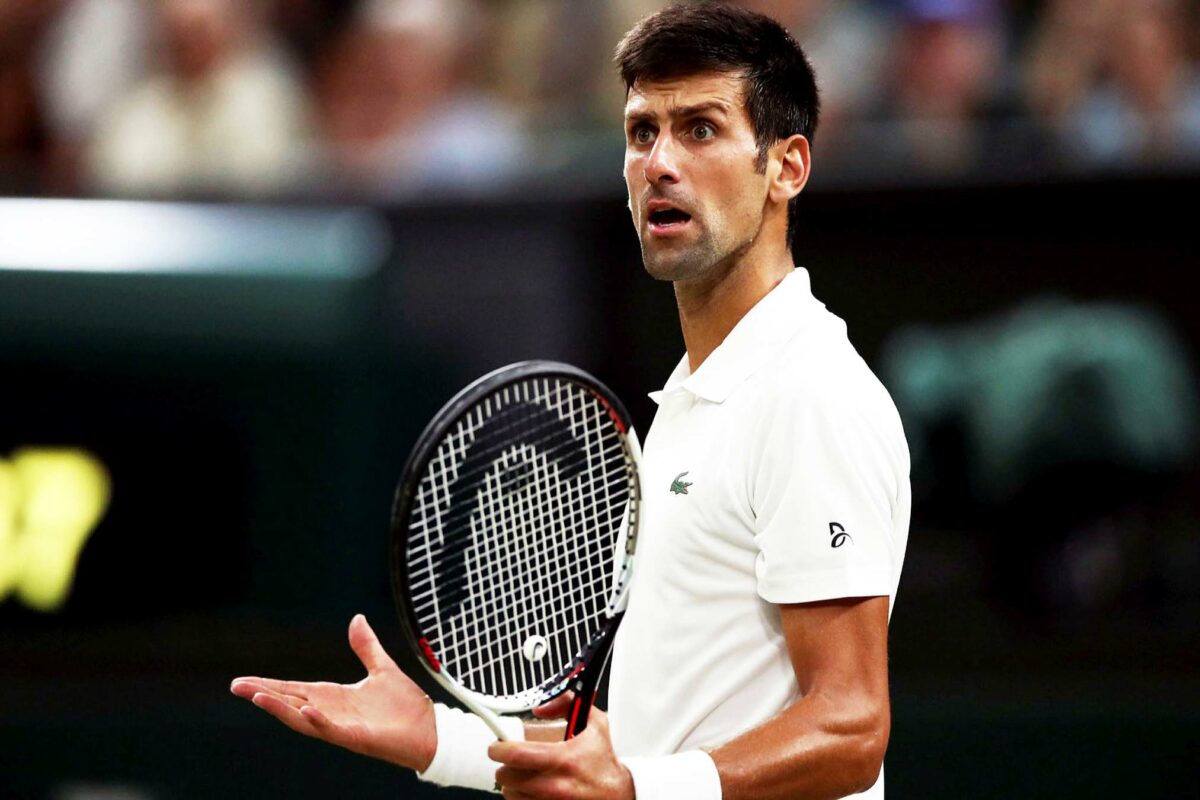 Mark your calendars: the Washington Football Team announced this week that it will reveal its new name on February 2. Which is Groundhog Day. Is that significant, or mere coincidence? Watch this space.

The big news for denizens of the Empire State is that as of yesterday, New York has become the biggest state (in population) to legalize mobile sports betting. Cue the commercials for Caesar’s Sportsbook (our favorite), FanDuel and Draftkings. It’s on.

1. Highlights (and lowlights) of Week 17 in the NFL

The Cincinnati Bengals earned a spot as Super Bowl contenders with a win over the two-time defending AFC champion on Sunday, chalking up a 34-31 win over the Kansas City Chiefs. Bengals’ quarterback Joe Burrow and Wide Receiver Ja’Marr Chase both set new records.

The Tennessee Titans are now at the top of the AFC with a blowout win over the Miami Dolphins, 34-3. The Green Bay Packers clinched the No. 1 seed in the NFC with their 37-10 win over the Minnesota Vikings.

Our crush on Arizona Cardinals quarterback Kyler Murray continues apace, and we’re happy to report that his playoff hopes are still alive. Arizona snapped a three-game losing streak with a much-needed 25-22 win over the Dallas Cowboys on Sunday.

The Pittsburgh Steelers maintained a slight chance at making the playoffs with a 26-14 win over the Cleveland Browns on Monday Night Football.

The Denver Broncos, Miami Dolphins and Cleveland Browns were all eliminated from the NFL playoff race on Sunday.

On Saturday, the Dallas Cowboys rolled over the Philadelphia Eagles, 51-26. Quarterback Dak Prescott threw five touchdowns with zero interceptions, passing Tony Romo’s single season franchise record. While the win was impressive and keeps the Cowboys’ playoff hopes alive, the Eagles deliberately didn’t bring their “A” game, resting their starting quarterback and most of their other starters, having already secured a playoff berth.

The Kansas City Chiefs squeaked past the Denver Broncos in yesterday’s divisional matchup in Denver, 28-24. The game was irrelevant for the Broncos, who have already been eliminated from playoff contention. But it was a key win for the Chiefs, who are fighting for the #1 seed against the Tennessee Titans.

Heading into today’s games, there are seven teams still looking to clinch a playoff berth. Five of them are in the AFC, and they’re vying for two open slots.

The NFC is relatively straightforward. The Green Bay Packers have clinched the top seed, and the Tampa Bay Buccaneers and Dallas Cowboys have clinched their divisions. The NFC West title could go to the LA Rams, but that depends on whether or not they beat the San Francisco 49ers today. It also depends on whether or not their division rivals the Arizona Cardinals beat the Seattle Seahawks.

Either way, the Rams and Cards will be in the playoffs, because the loser of the divisional race will get a wild card slot. The Philadelphia Eagles have already secured a wild card slot. So the only real issue comes down to which team gets the third and final wild card slot. It’ll be either the 49ers or the New Orleans Saints.

The No. 1 seed is still TBD in the AFC, with the Tennessee Titans and Kansas City Chiefs battling for the top seed’s bye week. If the Titans lose today, it’ll be the Chiefs. If Tennessee wins, they’ll be the No. 1. Either way, both teams will be in the playoffs.

The Cincinnati Bengals have won the AFC North, and the Buffalo Bills and New England Patriots will make the playoffs (yes, Pats!).

That leaves two open AFC wild card slots. To clinch one, the Indianapolis Colts have to beat the Jacksonville Jaguars. The Las Vegas Chargers play the LA Raiders and the odds are that the loser will go home for the season. Finally, the Pittsburg Steelers must beat the Baltimore Ravens.

Antonio Brown (AB) has been a newsworthy character in the NFL for years – sadly not always for the right reasons.

Now after playing for 4 teams in the past 4 seasons, AB’s NFL career may have reached an ignominious (and perhaps inevitable) end. On Sunday during the Buccaneers’ game against the Jets, Brown abruptly left his team. In dramatic fashion. He removed his helmet, jersey, shoulder pads and tank top, tossed some equipment to fans and left the field shirtless, making a peace sign as he approached the tunnel to the locker room.

In a terse comment in the post-game press conference, Tampa Bay head coach Bruce Arians said Brown is “no longer a Buc.” Not sure where he goes from here. But his (now) former teammate Tom Brady urged compassion for Brown, noting that people don’t know the full story of what the player is dealing with.

Kyrie Irving, the Brooklyn Nets’ superstar point guard, made his season debut Wednesday night. He remains unvaccinated, but the team has allowed him to play part-time, when the Nets are on the road. On his first night back, Irving scored 22 points as the Nets beat the Pacers 129-121.
Irving, Kevin Durant and James Harden combined for 79 points.

At 24-13, the Nets lag the Chicago Bulls in the Eastern Conference as of this posting. The Bulls have won 9 straight.

The tight race between the Phoenix Suns and the Golden State Warriors continues apace. As of this posting, the Suns are on top with a 30-9 record. The Warriors are half a game back, at 29-9. The third place Utah Jazz are 2.5 behind.

The Midwestern teams went down in flames, and in the end the College Football Playoff will see the two teams that everyone predicted would be there facing off. Monday night will be a rematch of the SEC Championship as Alabama takes on Georgia. (Alabama won that game, 41-24). Our hopes for an upset were dashed when Cincinnati fell 6-27 in the Cotton Bowl. The same day, our beloved Michigan Wolverines lost in a 34-11 beat down in the Orange Bowl. It’s the SEC’s world, and everyone else is just living in it . . .

20-time Grand Slam winner Novak “The Joker” Djokovic arrived in Melbourne earlier this week for the Australian Open thinking that opting not to be vaccinated against COVID-19 would not bar him from the tournament. But the government had a different view. Upon arrival, his visa was cancelled, and he’s been in limbo for several days now.

The most successful male player in Australian Open history, with 9 wins, Djokovic is confined to temporary lodgings used for others in immigration limbo (sometimes referred to as a hotel, other times called a “detention center”). Locals who have spent two years under lockdown conditions have been vocal about the optics of allowing an elite athlete to skirt the rules that they’ve been dutifully following. A decision on his status is expected later today (which is Monday in Melbourne). The tournament begins January 17.

What’s your favorite color? You’ve got a new option that may supplant your current top pick: Brady Blue. The Tampa Bay Buccaneers quarterback is launching an apparel brand, BRADY. And in a partnership with Pantone, the color experts, he has also launched an exclusive color.

According to a news release, Brady Blue “embodies the brand’s founding principles to be the best you can be while inspiring fearlessness, resilience, and confidence towards achieving peak performance.” WWD noted that this blue is neither the blue of Brady’s former New England Patriots’ jersey. Nor the color of his eyes.

The new apparel line – focused on men’s training and activewear – will be available on January 12 at Nordstrom’s in select stores and on their website a week later.

That’s our take on the big sports news headlines and major events, and a preview of the week ahead including what to know about football, basketball and hockey. Stay well and safe, see you next week.

Pamela Thomas-Graham is the Founder & CEO of Dandelion Chandelier. A Detroit native, she has 3 Harvard degrees and has written 3 mystery novels. After serving as a senior corporate executive, CEO of CNBC and partner at McKinsey, she now serves on the boards of several tech companies. When it comes to sports, she is all about the Pats, the Warriors, the Red Sox and the Wolverines. Oh, and tennis. Especially Naomi and Coco. And Roger. You can contact her at ptg@dandelionchandelier.com.