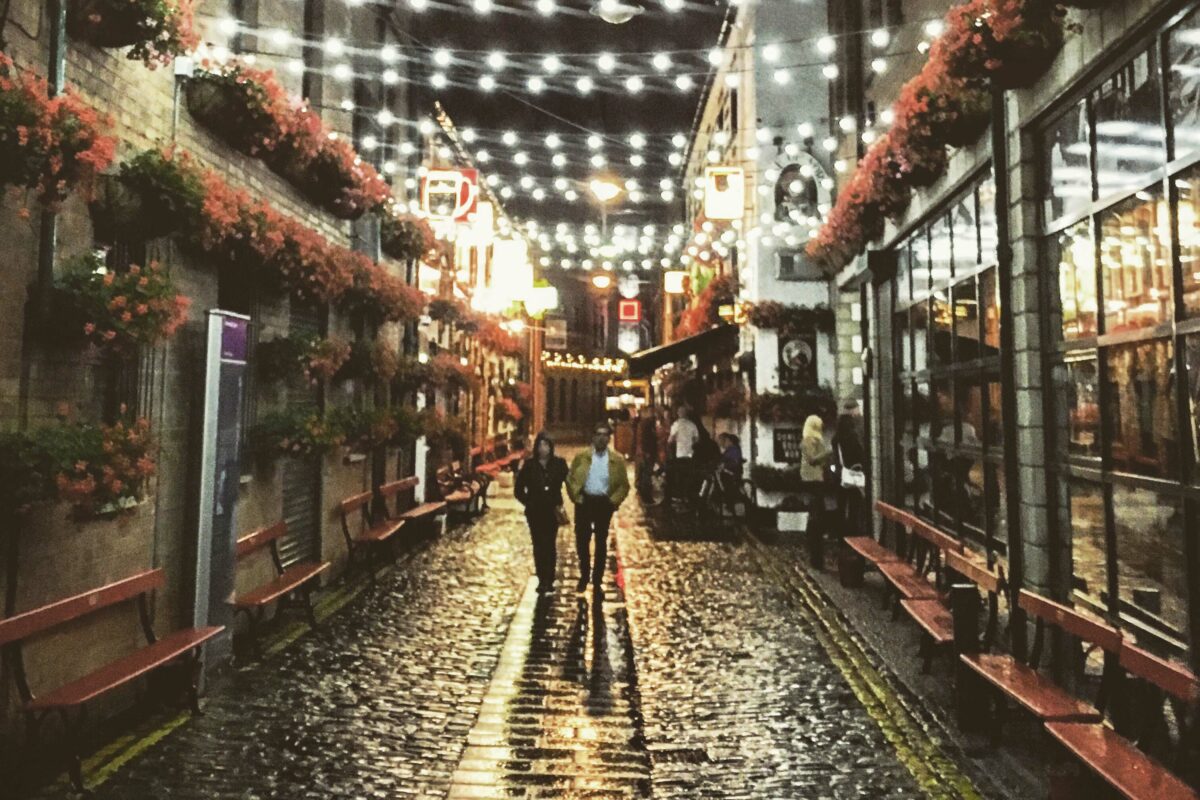 The Oscar nominations for 2022 are out, and its time to catch up on your movie to-do list. What films should you view before the Academy Awards ceremony later this month? Our correspondent and resident cineaste Abbie Martin Greenbaum has curated a list of the 10 best Oscar nominated films that we all need to watch before the Academy Awards 2022 ceremony. Pop the popcorn and settle in – this is gonna be good.

10 Oscar-nominated films to see before the Academy Awards 2022

The Academy Awards may still be two months away, but it feels like they’re right around the corner. We are deep into awards season – with many of the season’s other major awards having already announced their nominees, or even their winners – and everyone is talking about which film will be crowned the best of the year. And with Oscar nominees are being announced on February 8th, this seems like the right time to speculate.

Lucky for all of us, the ceremony is not until March 27th, so we have plenty of time to sit down and watch anything we may have missed. Here are ten likely nominees to get you started on your Oscar catch-up.

10 Oscar-nominated films to see before the Academy Awards 2022

Belfast is based on a true story – the story of director Kenneth Branagh’s own life, growing up during the difficult period of the late 1960’s in Northern Island.  Shot in a nostalgic black and white, the movie looks at the violence and fear of this time with a child’s wide eyes, giving the audience a slice of life that includes both heartbreak and tenderness. The movie stars Jude Hill, Caitriona Belfe, Jamie Dornan, Judi Dench, and Ciarán Hinds, and it seems like a natural contender for this year’s biggest award – as well as receiving many other major nominations, Branagh’s film also picked up the People’s Choice Award at the 2021 Toronto International Film Festival, which is often a direct link to Best Picture.

10 best Oscar-nominated films our expert says we all need to watch before the Academy Awards 2021 ceremony: Belfast. Courtesy Photo.

10 best Oscar-nominated films our expert says we all need to watch before the Academy Awards 2021 ceremony: West Side Story. Courtesy Photo.

This is the first film Jane Campion has directed in more than a decade, and we’re thrilled to report that it was worth the wait. Two brothers (Benedict Cumberbatch and Jesse Plemmons) live on a ranch in Montana in the early 20th century. As the world is changing around them, it also changes at home – when Plemmons’ character, George, brings his new wife and her son to the ranch, in spite of his brother’s obvious displeasure. Power of the Dog claimed the title of Best Drama at this year’s Golden Globes, and after you see this film for yourself – and brace through the many scenes of crackling tension – you’ll see why.

10 best Oscar-nominated films our expert says we all need to watch before the Academy Awards 2021 ceremony: Power of the Dog. Courtesy Photo.

Rebecca Hall directs, based on the famous novel by Nella Larsen.  In 1920’s New York, two childhood friends have a chance encounter. They have not seen each other in years, and Irene (Tessa Thompson) learns that Clare (Ruth Negga) has married a white man and has been passing for white herself. Despite Irene’s misgivings, she welcomes Clare into the life she’s built with her husband, and soon the two are spending more time together – for better, or for worse.  The film is brilliant start to finish, and worth watching for Thompson and Negga alone – they deliver the best performances of any actresses this year. Both have already received several award nominations, and we are expecting to see nods from the Academy.

10 best-nominated films our expert says we all need to watch before the Oscars: Passing. Courtesy Photo.

There’s something about Dune. If memories of the brick-like book by Frank Herbert had you suspicious, we urge you to consider giving Denis Villeneuve’s space epic a try.  Though the story takes its time, the slow start seems purposeful – as well as world-building, it gives viewers a chance to feast on the film’s unforgettable visuals. And by the end of the movie, the sci-fi adaptation has done the impossible: recreate some of the bedazzled magic of your favorite childhood fantasy sagas, while telling a story that is totally fresh and new – the story of the Houses and their struggle for power in a far-future time. Though we don’t necessarily expect a win for Dune, we would be surprised if it were not included in this year’s hopefuls.

Preview of films of the Oscars to see before the Academy Awards: Dune. Courtesy Photo.

In some ways, tick, tick… BOOM! seemed unlikely to crack through the year’s awards buzz. Even though it was directed by Lin Manuel Miranda, and features three commendable performances – from Andrew Garfield, Alexandra Shipp, and Robin de Jesús – the subject (an adaptation of Jonathan Larson’s one-man musical, from before his Rent days) seemed too theater-kid niche to appeal to a wide audience. And yet, whether in spite or because of the Broadway cameos, Rent easter eggs, and Stephen Sondheim appearances, tick, tick…BOOM! seems to have captured the world’s attention. We think that Oscar nominations are likely.

Preview films of the Oscars to see before the Academy Awards: Tick, Tock…Boom. Courtesy Photo.

Of all the films from 2021, King Richard is perhaps the easiest to love. Though biopics can be a hard sell, this one from Reinaldo Marcus Green is as easy to care about as others can be to resist – thanks both to its subject matter (who doesn’t want to watch the rise of young Venus and Serena Williams?) and its formidable cast. Though Will Smith has already received accolades for his portrayal of Richard Williams (and rightfully so), we are hopeful that Aunjanue Ellis and Saniyya Sidney will also be recognized for their performances at this year’s Academy Awards.

Preview of films to see before the Oscars: King Richard. Courtesy Photo.

Of course, it’s not all about Best Picture – you’ll also want to catch up on possible nominees in other categories, such as Best Documentary Feature and Best International Feature Film. Well, we recommend Flee, the animated Danish documentary that is a potential contender for both. The film follows a man named Amin who, the night before his marriage, confesses to his future husband that he has a secret – he had to flee to Denmark from his home country of Afghanistan. We feel confident that the film from Jonas Poher Rasmussen will walk away with at least one nomination this year.

Preview of films to see before the Oscars: Flee. Courtesy Photo.

Not only was Drive My Car our personal pick for the best film of 2021, it was also Japan’s entry for Best International Feature Film. And considering the long list of prizes the film has already picked up – including major awards at the Golden Globes, New York Film Critics Circle, Gotham Independent Film Awards, and many others – we would not be surprised if the three-hour movie about a multilingual theater production of Uncle Vanya is a force at this year’s Oscars. Though Drive My Car may seem like an unlikely choice, given its length, and its subject matter – a movie about a play could be too many mixed mediums – this is one of the most affecting and easy-to-watch films of the year. We are crossing our fingers that it receives its due.

Preview of films of what to watch before the Oscars: Drive my Car. Courtesy Photo.

10. The Worst Person in the World

We recently suggested that you schedule your watch of The Worst Person in the World for Super Bowl Sunday. It is that film that comes out the week before. Though we’ve yet to see this possible Best International Feature Film choice, we’ve been looking forward to it for more than a year. From Joachim Trier, this coming of age film tells the story of a young woman. She is trying to sort out her career and her love life, over the span of four years. In particular, its lead actress Renate Reinsve has been discussed as giving one of the year’s best performances. We are predicting a possible nomination for her as well as for the film.

Preview of films to see before the Oscars: The Worst Person in the World. Courtesy Photo.

10 Oscar nominated films to watch before the Academy Awards 2022

That’s our recommended list of the 10 best Oscar-nominated films to add to your watch list before the Academy Awards in February 2022. Enjoy, dear reader!