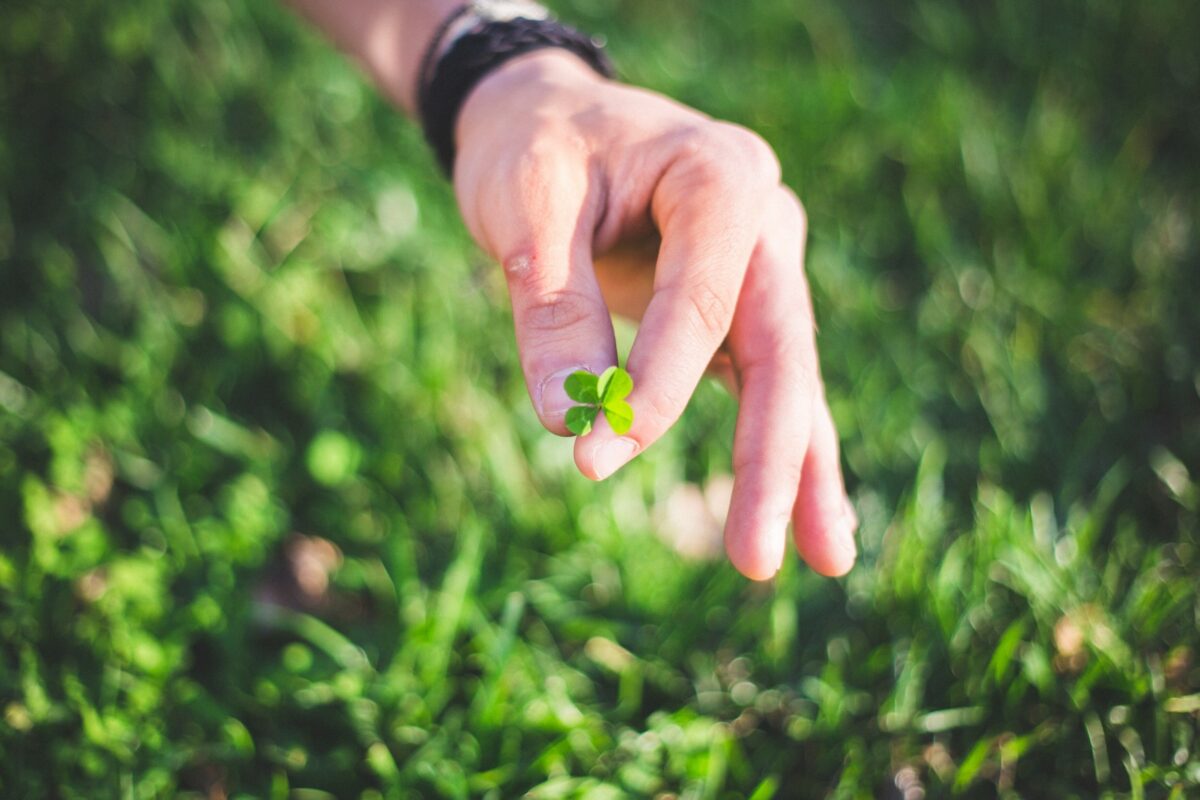 Every month, our correspondent Abbie Martin Greenbaum shares her insights and tips on all things cinematic. From film festivals to must-see new releases – and of course, the awards season – she’s our expert guide to the silver screen. In this dispatch, she shares her list of the best movies and rom coms to watch to celebrate St Patricks Day, set in Ireland or that feature lead characters who are Irish. So add these to the list of the top films you need to see (or see again) this March.

how about a movie marathon this St. Patrick’s Day?

As we all know, St. Patrick’s Day is a holiday celebrating the patron saint of Ireland. Though the holiday began as a religious one, over time it has transformed into a celebration of all things Irish. As well as the perfect occasion for general merriment.

If this year you are looking to celebrate St. Patrick’s Day with a movie marathon, here is a list of the best films to get you started on the right track.

the Best Movies and Rom Coms to Watch to Celebrate St. Patrick’s Day

If you’ve ever been to Dublin, hopefully you’ve had a chance to take a look at the famously exquisite Book of Kells in the Trinity College Library. If not, The Secret of Kells will fulfill at least some of the wonders of looking at the volume itself.

With its gorgeous animation, watching this feature is like bringing to life the experience of reading folklore. It is absolutely magical. The world around the Abbey of Kells is brushed with the supernatural, and young Brendan’s quest to help complete the Book’s creation will absolutely sweep you away. If you’re interested in a movie that feels like the stories you loved as a child, but is also truly beautiful to look at, you will adore this splendid Irish film.

Best movies and rom coms to watch to celebrate St Patricks Day, including films set in Ireland, about history or with Irish lead characters. The Secret of Kells

You may remember Brooklyn from the 2015 Academy Awards, where it was nominated for Best Picture, Best Adapted Screenplay, and its star, Saoirse Ronan, for best actress. Based on Colm Tóibín’s novel of the same name, this utterly appealing film tells the story of a young immigrant who moves to New York from a small Irish town in the middle of the twentieth century. Its heroine, Ellis, is lovely and lovable. And her story of feeling split between her two homes is an easy access point for any viewer to enjoy.

This American romantic film is based on the novel by Irish author Cecelia Ahern. It’s an excellent film to watch any time of the year. Hilary Swank is Holly, a woman whose husband, Gerry (Gerard Butler), passes away unexpectedly. When he dies, he leaves behind letters for her, with the hopes that they will help her move on from his death. The letters prompt her to travel with her two best friends to the place where he grew up, Ireland. There, she begins to emerge from her grief. This classic romantic film is a sad one. But its peppered with comforting, heartfelt wisdom that you can definitely enjoy at a movie night this March.

This coming-of-age movie musical is an absolute gem, and a must-watch for any fans of the genre. It’s directed by John Carney and set in Dublin in the mid-80’s. Conor is a teenager who is forced to switch schools when his family struggles with financial hardship. In an attempt to impress a girl he likes, he and his new friends start a band. The movie’s tone is a graceful mix of emotions, balancing the absolute joy of Conor’s music with the difficulties he faces as everything begins to collapse around him. The excellent soundtrack is the cherry on top of this great film. You’ll find yourself saving the music to listen to after you watch.

The premise of Leap Year is a play on an alleged Irish tradition. On leap day a man who is proposed to by a woman must accept her hand in marriage. Amy Adams plays a woman named Anna. She flies from America to Ireland to ask her long term boyfriend, played by Adam Scott, to marry her. Of course, she then crosses paths with a handsome Irish innkeeper. Played by Matthew Goode, this new acquaintance forces her to reconsider her plans. Whatever critics may say, we think the film is sweet and enjoyable. And was filmed in Dublin and other parts of Ireland. Which means that watching it would be the perfect tribute to everyone’s favorite Irish holiday.

Another film by John Carney, some may remember that an adaptation of this popular Irish film came to Broadway in 2012. Two nameless strangers are brought together by music on the streets of Dublin. In the most basic terms Once is a love story. But it is unconventional in every way, including the beautiful and simple way it is filmed.  This rare and special movie is powerful and comes with great songs. It shows how sometimes, chance encounters in love are passageways to something else incredible.

Love Rosie is also based on a novel by Cecelia Ahern, this one called Where Rainbows End. The film adaptation starring Lily Collins and Sam Claflin is a celebration of love and friendship told over many years. Its a generous and sweet retelling of an age-old, romantic comedy plot. Rosie and Alex are two best friends who cannot admit their love for each other. They’re driven apart by geography, life’s surprises and other romantic entanglements. Fans of love stories that come together slowly over long periods of time, with wonderful emotional payoff, will definitely appreciate this delightful little movie.

By popular demand, we’re adding The Quiet Man to our list of iconic movies to watch in homage to St Patricks Day. Starring John Wayne, Maureen O’Hara and Barry Fitzgerald, and directed by the great John Ford, it’s the story of a retired American boxer who returns to his Irish birthplace in the 1920’s after accidentally killing an opponent in the ring. There, he falls in love – but thanks to a real estate dispute, his beloved’s brother tries to spike their union, refusing to pay his sister’s dowry. By turns a classic rom-com and a more serious drama, if you haven’t seen it, definitely add it to your list.

In the comedy Waking Ned Devine, when a lottery winner dies of shock, his neighbors in a small town in Ireland try to claim the prize themselves.

Janeane Garofalo stars in the rom-com The MatchMaker as Marcy, an assistant to Senator John McGlory. He’s running a tough re-election campaign, and is desperate for Irish votes. His chief of staff dispatches Marcy to Ireland to trace the Senator’s family tree in hopes of uncovering a heartwarming story. But she arrives in his village just in time for the annual Matchmaking Festival. Which makes her the target of the attentions of two matchmakers – and one cute bartender.

Another fan favorite, The Commitments is based on a novel of the same name by Roddy Doyle. A young unemployed Dubliner decides to form a “soul band” playing R&B tunes comprised entirely of local working-class Irish members. It’s a definite gap in the local music scene – trouble is, none of them have any experience with this particular genre.

The Secret of Roan Inish, written and directed by John Sayles, centers on a young Irish girl with an unusual family history, including a long-missing baby brother. When she goes to live with her grandparents on the west coast of Ireland, she hears fantastical tales, involving mythical creatures called selkies who can shift from seal to human form. Roan Inish is Fiona’s family’s ancestral home. There, she begins to believe she may have found her long-lost little brother, living by the sea.

Ed Burns wrote and directed The Brothers McMullen, a family drama about three Irish Catholic brothers living in Long Island. Each of them comes up with a different answer about how to deal with the difficult matter of finding the “right” love for an entire lifetime. It’s an honest look at families and marriage, and the film won several honors on the indie circuit when it was first released.

Some may dismiss the rom-com Laws of Attraction as a bit of fluff with a highly predictable plot. But for those who love Pierce Brosnan (and we totally do) and Julianne Moore (ditto), it’s a delightfully sweet romance about two divorce attorneys who end up in a love affair, despite their best efforts to the contrary. Also starring Parker Posey, if you’re looking for more rom-coms set in Ireland or with Irish lead characters, add this one to your list.

Chris O’Donnell and Minnie Driver star in Circle of Friends, a dramatic movie set in Dublin, Ireland in 1957. In plot that reminds us a bit of Sally Rooney’s Normal People, the socially awkward Benny is introduced to handsome  and confident Jack while both are university students. The two fall in love, but one of the members of Benny’s circle of friends, Nan, suffers the opposite fate. Leveraging her beauty and aiming for a marriage that will lift her up to a higher economic class, instead she ends up pregnant and abandoned. The quest for love and meaning takes a few twists and turns before these friends successfully close the circle.

If this list has more than enough romantic comedies for you, fear not. Watching (or more likely, re-watching) a famous Martin Scorsese film could be a great feature at a St. Patrick’s Day party. Gangs of New York and The Departed would both fit the bill. Both films star Leonardo DiCaprio and tell two different, but equally epic stories that feature Irish immigrants. If you’re looking to watch a highly regarded film with many award nominations, featuring an incredible ensemble, then one of these classics is definitely the way to go.

Those are our recommendations for some of the best movies and rom coms to watch to celebrate St Patricks Day, including films set in Ireland, about history or with Irish lead characters. Have a great time!