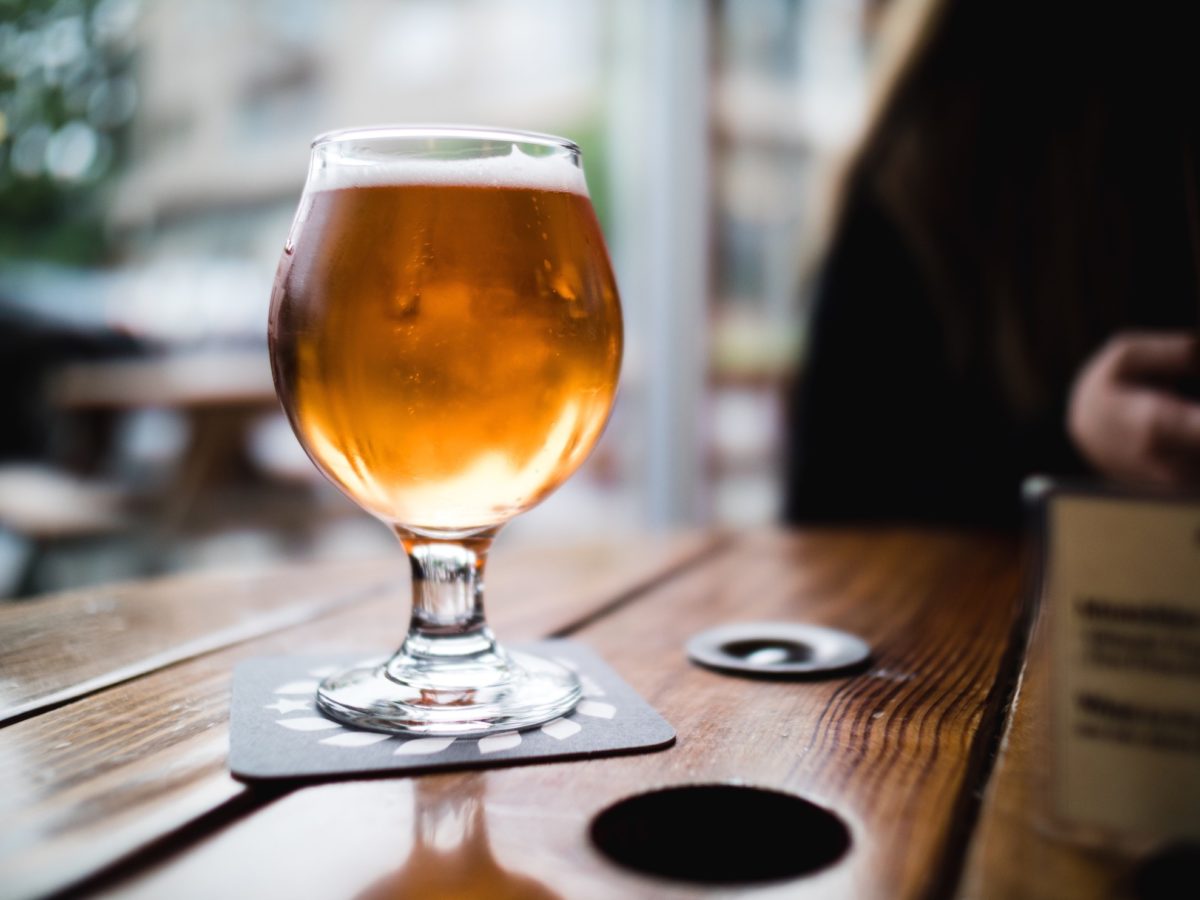 Looking to support black-owned businesses in the world of luxury? If you love artisanal craft beer, this one’s for you. Our ace correspondent Abbie Martin Greenbaum has curated a list of the best black-owned craft beer breweries in America, with details on how to buy these brands online for mail order delivery right now (by the way, these would make great luxury gifts for the beer lover on your list!)

What goes well with a hot summer’s day? That’s right, a cold beer. Of course, a great craft beer is equally satisfying on a cold winter’s night. Or a rainy spring afternoon. Actually, there’s probably no bad time, come to think of it.

But which craft beer to reach for the next time you’re in the mood? How about one from a black-owned brewery or beer brand?

For those who are trying to be more mindful as they purchase luxury goods and services, we’ve been profiling a variety of black-owned businesses in the world of luxury architecture and design, fine dining, fashion and beauty.

Now we’re turning our attention to craft beer. The good news? You can  quaff outstanding craft beer and support black-owned businesses at the same time. Win-win!

A Paucity of Black-Owned Craft Beer Breweries in the U.S.

USA Today recently reported that a 2018 study of the craft beer industry by the Brewers Association revealed that black people make up only 1.8% of all brewery positions. And just 1% of craft brewery owners at that time were black. That means there are approximately 60 black-owned craft breweries in America.

In this dispatch, we’re honing in on a dozen outstanding black-owned craft breweries. That means you’ve got about 50 more to discover on your own!

Some of the craft breweries on our list are currently doing local pickup and delivery, if you’re lucky enough to live nearby. Some of them are also shipping their special branded merchandise.

And one of them even has their delicious beers available online for mail order, so you can try it yourself or give a few bottles as gifts the next time you need something special for a beer lover in your life.

The Best Black-Owned Firms in the World of Luxury Travel

What are the Best Luxury Black-Owned Craft Breweries?

A craft brewery that uses only local grains, Weathered Souls is a San Antonio favorite, and also the name behind the Black is Beautiful brew.

This internet sensation is the joint effort of many breweries that are looking to bring awareness to the systemic injustices that Black people experience in America. There are currently 1,000 breweries participating in all 50 states and 20 different countries. So you can order no matter where you live. And wherever you buy the beer from, 100% of the proceeds will go toward organizations working for equality and police reform.

If you live near San Antonio, you can order for delivery or pick-up from Weathered Souls themselves – and try the rest of their amazing menu while you’re there!

Rhythm Brewing Co. founder Alisa Bowens-Mercado entered the world of craft brewing with a goal in mind: craft lagers. She noticed a lack of them on the market, and wanted to fill that gap. Her brewery is named for her grandmothers, who loved drinking beer and who often spoke about the “rhythm of life.”

Her signature beer is tangy and full of flavor, unfiltered, with a 5.5% ABV. If you live in the CT area, you can order here. Otherwise, why not pick up a piece of their merchandise? Rhythm is selling their own swag – perfect for repping the best beer.

Spaceway is maybe the coolest brewery you can find, with cans of beer that look like they climbed out of your new favorite action movie. Their brand is all about Afrofuturism: a future where People of Color are represented as protagonists in pop culture. And their community-centered brewery is their own personal step towards creating the world they want to see.

And guess what – their beer is available to ship to fifteen states, meaning that wherever you live, chances are you can try out a can of their Don Dada Cardamom Stout, their Pirate Jenny Double IPA, or their Agent Seven Cream Ale.  There’s plenty of apparel available as well, so you can become a loyal follower.

Who are the Top Black Interior Designers Right Now?

The first Black-owned brewery in Louisiana, the family-owned Cajun Fire is more than just a supplier of craft beer. They opened in 2011 with a goal of leveling systemic inequities within the craft brewing industry. Since then, they have brewed some incredible beer, and have created tangible change and opportunities within their community. Their mission is: “brewing for socio-economic gains one pint at a time.”

While they’re not yet shipping nationally, you can order yourself their sweatshirt to stay connected – and cozy!

DaleView’s journey began when chef and founder Christopher Gandsy was given a Home Brew Kit by his family for Father’s Day. Six years later, and brewing beer (and making gluten-free biscuits) is Gandsy’s primary passion, rivaled only by his love of classical music. The brewery is named for the place in South Carolina where he grew up, the spirit of which he infuses into his Brooklyn outpost.

Beers are available on tap and for delivery if you happen to live nearby: a Nitro Stout, a Tappist Style, and an American Wheat called “Viola’s Angels”. What goes best with their beer? How about their ready-to-party biscuit and fried chicken box for 12?

Sankofa, a word from the Ashanti people of Ghana, means “to go back and get.” That’s the root of Sankofa’s inspiration: a looking to understand the past in order to achieve a better future.

Founded by three friends, Kevin Downing (the alchemist), William Teasley (the artist), and Corby Hannah (the aficionado), Khonso Brewing aims to change the craft brewing industry by combining different styles of beer for an all-new taste. Their name was selected by their community, and comes from Khonso Im Heb: the brewer to the ancient Egyptian pharaohs.

Khonso offers three signature beers, each one tied to a different aspect of Atlanta history. If you’re from Atlanta, you can find their beer at many upcoming events. And if you’re ordering from far away, you can select some of their awesome merch. This tie-dye hoodie is particularly eye-catching, and will tide you over until you try one of their special blends in person.

What are the Best New Canned Beverages of the Summer?

Purveyor of cider, beer and mead, Green Bench Brewing is the first micro-brewery of St. Petersburg, Florida. Its three founders all have lifelong relationships with the city, and are proud to offer their excellent beers for pickup.

They have eleven excellent drinks, all housed in bright, eye-catching cans. But if you’re not from the Sunshine State, they also offer hats, stickers and too-cute t-shirts for purchase.

If you are a New Jersey native, you can order yourself some of Hackensack Brewing’s  “Quarantine Beers!!” for home delivery or curbside pickup.

Their beers all have fantastic names: there’s a lager called “All That Jazz,” an IPA called “Modern Mathematics,” and a premium lager called “Parking Lot Pilz.” This is destination beer, worth the drive even if you don’t live in the area.

Another beer worth traveling for is Patuxent’s. Family owned and inspired by their neighborhood, their business aims to make beer that pleases both the expert drinker and the novice.

In the area? You can order their full menu, including kegs, for pickup and delivery. We love their playful “Oops” order, which is a combination of the drips from every other beer ordered. You’ve never tried such a unique or strangely delicious flavor.

Roger Apollon Jr. is a co-owner of Four City Brewing Company in Orange, New Jersey, which is in Essex County. The genesis of this brewery occurred when Roger, a physical education teacher in Brooklyn, went to his first craft beer tasting. With fellow aficionados, he began hosting themed-beer pairings and tastings and formed a club called “The Brew Council.”

A decade later, three of the most passionate members joined forces to open a new venture. The brewery’s name honors the four “Oranges” (West Orange, East Orange, South Orange & Orange) and the diversity that they all embody. From citrus-forward IPAs to rich, toasty stouts, from crisp cream ales to spicy saisons, Four City has it all.

USA Today reports that the name for this initiative is derived from the results of a 2018 study that estimates that if the U.S. could close its racial equity gap by 2050, it would add $8 trillion to the nation’s GDP.

All Hail the Brewmaster!

We’re closing with a shout-out to Garrett Oliver, who has served as the brewmaster at Brooklyn Brewery in Williamsburg for 24 years.

The author of several books, including The Brewmaster’s Table, Garrett is the editor of The Oxford Companion to Beer, he’s also a frequent judge at beer competitions around the world. While the brewery isn’t black-owned, without question, it’s black-influenced. Props to them for that.

What are the Best Luxury Black-Owned Craft Beer Breweries

Now you’ve got a dozen black-owned craft beer brands to try, either online by mail order or in person (when we’re all free to roam again). And if you’re looking for luxury craft beer gifts for people on your list, these are excellent places to go. Did we miss any that are your favorites? Happy exploring!