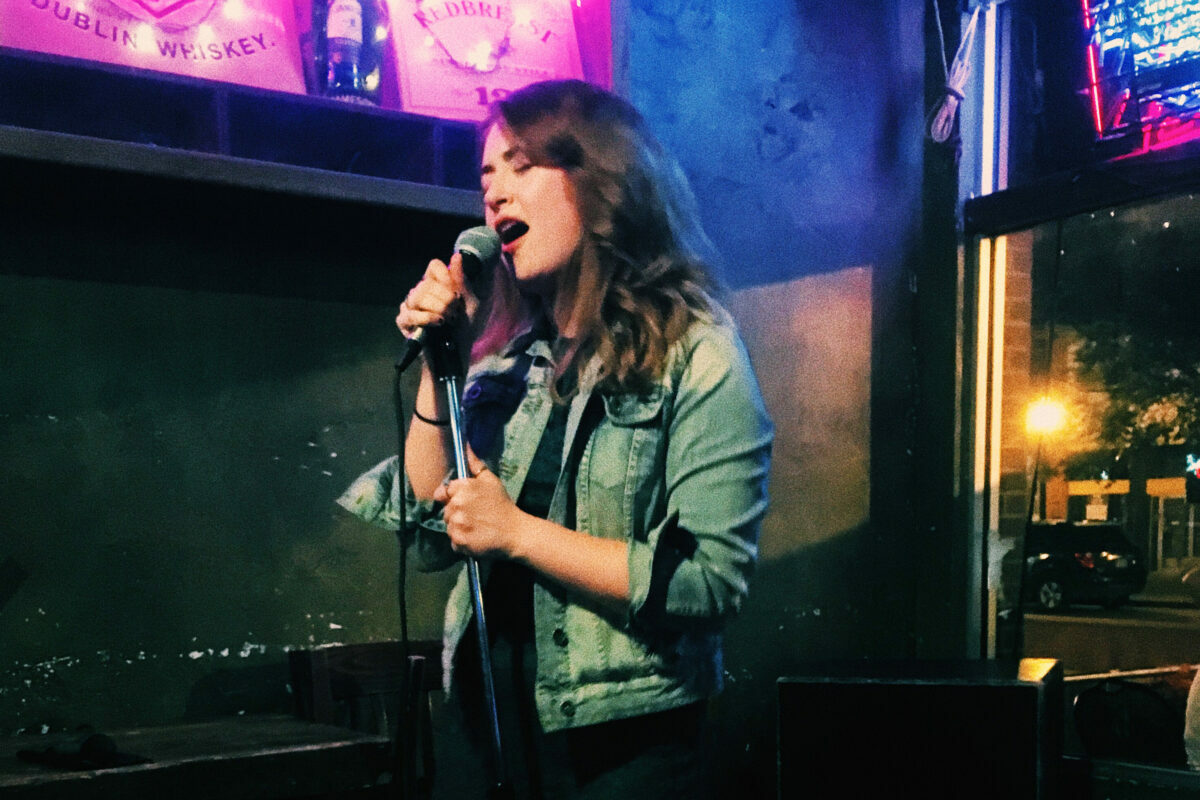 Most of our staff members live in New York, and in our ongoing series Gotham Insider’s Guide, we’re opening the vault and sharing favorite secret places throughout NYC. In this edition, our correspondent Julie Chang Murphy has curated a list of 7 of the best upscale karaoke bars and lounges to visit right now in New York City (NYC), including our favorite top spots in Queens, Brooklyn and Manhattan.

As COVID-19 cases in New York City plummet and with 75% of the city’s population vaccinated, New Yorkers are entering a new phase of normalcy. Mask mandates were recently lifted and as Mayor Adams said, “We are open for business and New York City has its groove back.” Amen to that!

Now may finally be the right time to return to one of our most beloved and cathartic activities. That’s right, I’m talking about karaoke.

The best upscale karaoke bars and lounges to visit right now in New York City (NYC), including our favorite top spots in Queens, Brooklyn and Manhattan.

The music died early in the pandemic after a report warned about how the virus spread from one singer to infect 87% of the choir’s members. Karaoke was rightly deemed one of the more risky activities. Hollering into a shared mic, “Girls just wanna have fun!” seemed off-key in more ways than one.

If you’ve been waiting patiently for a safer time to sing your heart out, it’s here. In celebration, we’ve rounded up 7 luxurious karaoke lounges in New York City. How do we define luxurious? These are the places that not only have chic décor and impressive audio (so you sound like Adele) but delicious food and bar offerings. And, of course, for true karaoke connoisseurs — robust song selections so you can belt out that obscure show tune you sang in your high school’s musical.

Gather up your crew and – as RiRi once famously sang – please, don’t stop the music.

For a quintessential Koreatown experience, you’ll begin your night by walking into an unassuming commercial office building, going up a freight elevator, and all the while wondering if you’ve got the correct address. But once the doors open, it’s clear you’ve come to the right party.

Soaring ceilings and mod banquettes contribute to a nightclub feel where DJs spin under ambient lights. There are private soundproof karaoke rooms if you just want to rock it out with your known associates. Not a singer? You can still have plenty of fun being playing the role of the fan while sipping on Korean sojus and lychee martinis or chowing down on Asian-inspired comfort food like Bulgogi Nachos and Sweet Sriracha Wings.

If you’ve got serious vocal chops (or just a lot of confidence), check out Sid’s, where you can sing with live piano accompaniment in front of an intimate audience. The vibe is sophisticated with cozy alcoves and booths, a marble topped bar, and baby grand piano.

Guests are encouraged to request songs, take the mic and lead the crowd in a sing-a-long of their favorite tunes. Light bar food and cocktails, wine and beer are offered while you work up the nerve to do your best Billy Joel and Alicia Keys piano-driven hits.

10 most romantic places to get engaged in New York City

We weren’t the only ones craving a song during the pandemic. Korean beauty entrepreneur, Anna Kim opened this luxe karaoke lounge in NoMad in 2021 with both a communal space and highly Instagrammable private rooms.

As if swanky digs and gourmet Korean and Japanese-inspired cuisine and cocktails weren’t enough, state-of-the-art sound systems make you sound like a pro. People rave about the hostess, Drag Queen Regina and the servers who make every night feel like a fun, welcoming party.

You might not realize but this 4,600 square feet space which includes a 100-seat restaurant and full bar, also hosts private karaoke rooms. Choose from Korean favorites off the menu or grill your own at the in-table BBQ.

The karaoke rooms all have their own theme: including psychedelic, jungle, deep sea, and space (tambourines included). The smallest room holds 8 people while the largest room holds up to 22 people. You can even pre-arrange your playlist via their Karaoke playbook that connects to an app.

While many of the more luxurious karaoke bars go for a chic nightclub or restaurant atmosphere, RPM stands out for its retro Americana theme. The 11,000 square foot bar and eatery also features 17 private karaoke rooms accommodating anywhere from 2 to 40 people.

Kitschy themes include The Diner, The Avengers, Marilyn Monroe, and The Locker Room. They’re well-done and go a long way in setting a funky, laid-back vibe. Don’t be surprised if you end up singing a lot of classic rock.

8 best orchid shows in 2022, including the New York Botanical Garden

If you’ve ever dreamed of having your own private karaoke house party, Lion’s Roar is here to make it come true. The only one of its kind, this apartment space is like an AirBnb for karaoke. Guests can bring their own food and drink and set up in the fully-equipped kitchen with disco balls, of course.

The sound system is state of the art and literally any song in any language is available via the YouTube library. Even the most reluctant karaoke participants will find themselves belting out a tune or two in the comfort of a home.

It’s fitting that Astoria should have its own luxe and modern karaoke joint with all the performers who live along the N, R and W trains. But this lounge is for everyone — with 10 themed rooms and over 30,000 songs including 14 different languages.

There is a full bar but no food which just means that guests can order in their own from all the terrific ethnic restaurants Astoria is known for.

There you have it — 7 upscale karaoke bars and lounges to visit in NYC, including Manhattan, Brooklyn and Queens so you can finally rock out. We’ll be singing right along as New York City finally gets its groove back!