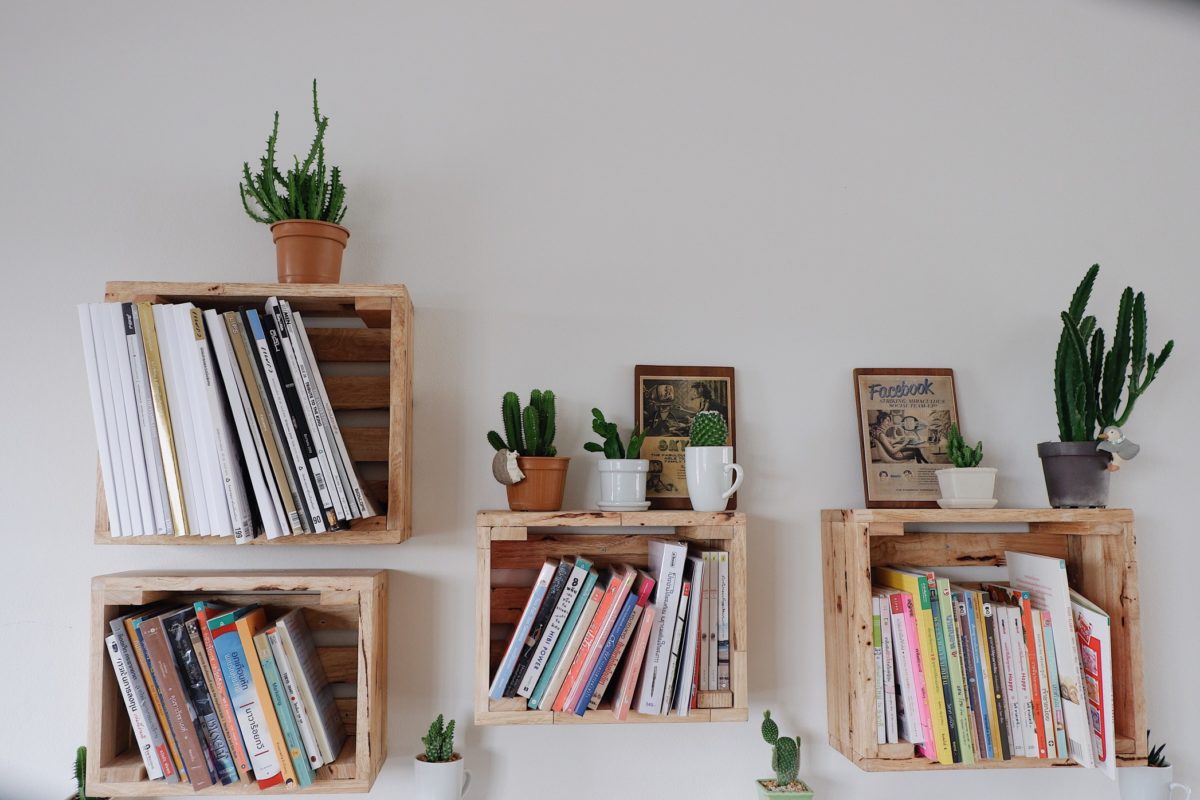 When the going gets tough, the tough turn to poetry. Even if you’re only an occasional reader of poems, there are times when they seem to be one of the few forms of writing that actually offer solace and insight. But which poetry books are most calming and helpful to reduce anxiety and restore a sense of purpose in difficult times? If you’re in a place where you need soothing, inspiration and flights of imagination – or you’re seeking a gift for someone who is – this list is for you. In honor of National Poetry Month, here’s our curated list of some of the best collections to give a poetry lover (or even an occasional reader) as a gift book when only a poem will do.

We’ll confess right up front, we don’t frequently read poetry. We sometimes feel guilty about this, actually. But there it is. We have too little time, and too little interest. Poetry demands more than what we’re usually willing to give.

But sometimes in our lives, we turn to it with a desperate, deeply felt need.

If you’ve been through a major catastrophe, or a significant loss, you know what we mean. Sometimes prose just doesn’t offer what the soul needs, no matter how artful. That’s when we turn to other forms of literature – namely, poetry. And song, which in our book is poetry set to music.

If you’re in that place, or have a loved one who is, then you may not have a book of poetry at the ready. This list can help.

We consider this a way of paying forward an act of kindness that we received quite some years ago. The days after the attacks on the World Trade Center on 9/11 were very dark ones, especially for those of us who lived in New York. An acquaintance – not even someone we were particularly close to – left us a poem composed by Langston Hughes. It was scribbled on a scrap of paper, just a small gesture of grace offered about a week after that terrible day.

We still remember every line. It gave us hope and a shot of courage at a time when very little in the world seemed to make sense. Perhaps one of these books will provide that same ray of light to someone you know.

1. Time is a Mother by Ocean Vuong.

The Vietnamese-American poet and novelist’s second poetry collection considers the reverberations of his mother’s death in poems that speak to grief, family, the power of memory, and the personal and public aspects of American life.

2. Wild is the Wind: Poems by Carl Phillips.

Wild is the Wind reflects on love as depicted in the eponymous jazz standard for which the book is named. As force that is both restless and reckless. And yet also somehow a rock upon which entire lives can stand. The poems ponder longing and hope: “What has restlessness been for?” How “to say no to despair”? How to take perhaps that greatest risk, the risk of believing in what offers no guarantee? Phillips is beloved by his literary peers – “a poet’s poet” – and this collection is a great gift for a poetry lover.

3. When the Light of the World was Subdued, Our Songs Came Through: A Norton Anthology of Native Nations Poetry by Joy Harjo, LeAnne Howe, and Jennifer Elise Foerster.

In When the Light of the World Was Subdued, Our Songs Came Through, United States Poet Laureate Joy Harjo gathers the work of more than 160 poets, representing nearly 100 indigenous nations, into one volume. This landmark anthology celebrates the indigenous peoples of North America, the first poets of this country.

the best gifts for book lovers

5. Bless the Daughter Raised by a Voice in Her Head by Warsan Shire.

In the debut collection Bless the Daughter Raised by a Voice in Her Head, the Somali British poet considers migration, the female body, and surviving trauma. Pop culture and the news feature prominently throughout the works.

6. The Hurting Kind by Ada Limón.

Connections are at the heart of The Hurting Kind, the poet’s sixth collection. She investigates the natural and man-made worlds, as well as hardship, joy, and family life.

Magical Negro has been hailed as “a profound and deceptively funny exploration of Black American womanhood, and the gap between black experience and the white imagination’s version of it.” The “magical Negro” of the title refers to the recurring black character who turns up in film and in novels exclusively to aid the moral development – often through uncanny wisdom and saintliness – of a white character. The poet seeks to reclaim these characters as full-fledged humans, while exposing the subtle violence behind this ostentatious show of tolerance. One reviewer notes: “These American poems are both elegy and jive, joke and declaration, songs of congregation and self-conception.”

More Fiya brings together a selection of exceptional Black British poets and presents some of their most widely praised and talked about work. It’s a cross-generational, comprehensive look at what these poets have had to say. The editor of the collection is the author of Kumukanda, which won the Dylan Thomas Prize and a Somerset Maugham Award.

At 74, the poet has written for decades to great literary acclaim. This latest collection has received similarly glowing reviews.

Of The Essential June Jordan, the New York Times Book Review had the following to say: “A selection of poems published between 1971 and 2001, this posthumous volume reflects Jordan’s view of poetry as ‘a political action’ that can ‘build a revolution.’ Her own work is filled with love and delight as well as revenge and justice.”

11. Playlist for the Apocalypse by Rita Dove.

The title alone would have compelled us to purchase this new collection from the former Poet Laureate. But happily, the poems themselves are irresistible. From the stuff of daily life – “insomnia, TV movies, Stilton cheese, rattling containers of pills” – she distills essential truths and practical wisdom.

12. Voyage of the Sable Venus: and Other Poems by Robin Coste Lewis.

The titular verse in Voyage of the Sable Venus is a narrative poem comprised solely and entirely of the titles, catalog entries, or exhibit descriptions of Western art objects in which a black female figure is present, dating from 38,000 BC to the present. This debut collection is a stunning meditation on the black female figure throughout time. And it won the National Book Award for Poetry the year it was published.

Sure, there are lots of new modern collections of poems on this list. But a perfect gift for a poetry lover can also be an early work by a great poet that they may have overlooked. Like Life on Mars, the poetry collection for which Smith won the 2012 Pulitzer Prize. Smith served as the 22nd Poet Laureate of the United States from 2017 to 2019. In this iconic volume “she imagines a soundtrack for the universe to accompany the discoveries, failures, and oddities of human existence.” David Bowie and interplanetary travel make appearances. The work also stands as a poignant homage to her late father, one of the engineers who worked on the Hubble Space Telescope.

In these poems by the Whiting Award winner, we meet characters named for their occupations: the Accountant, the Intern, the Board Chair. And we observe how even the most catastrophic and monstrous events recede as the demands and rewards of daily life take precedence. It’s a meditation on complicity and the meaning of freedom in a world filled with prisons.

The follow-up to the widely acclaimed When My Brother Was an Aztec, Postcolonial Love Poem was published in 2020 to rapturous reviews. And then it won a Pulitzer Prize. So if the poetry lover in your life hasn’t had a chance to read it yet, now’s the time.

The final entry on our list of collections that would make a great gift for a poetry lover is one that they definitely should have on their shelves (if they don’t already). Nox is an illustrated, accordion-fold-out “book in a box” – a facsimile of a handmade book the Canadian poet wrote and crafted after the death of her brother. The poem itself describes coming to terms with his loss through the lens of her translation of Poem 101 by Catullus “for his brother who died in the Troad.” It’s unlike any other poetry collection, and it radically widens the aperture through which we can experience a brilliant poem.

Best Collections to Give a Poetry Lover to Read Right Now

That’s it! Sixteen books of poetry that would make excellent gifts. Of course, you can absolutely always give a no-regrets gift of poetry from voices like Seamus Heaney, John Donne, Walt Whitman, Maya Angelou, Rita Dove, or Langston Hughes. But something from this list may take your gift recipient into unfamiliar territory, and leave them a different person altogether. As any great poem should.

What’s your favorite book of modern poetry? What should we add to our list?

Pamela Thomas-Graham is the Founder & CEO of Dandelion Chandelier. A Detroit native, she has 3 Harvard degrees and has written 3 mystery novels published by Simon & Schuster. After serving as a senior corporate executive, CEO of CNBC and partner at McKinsey, she now serves on the boards of several tech companies. She loves fashion, Paris, New York, books, contemporary art, running, skiing, coffee, Corgis and violets.