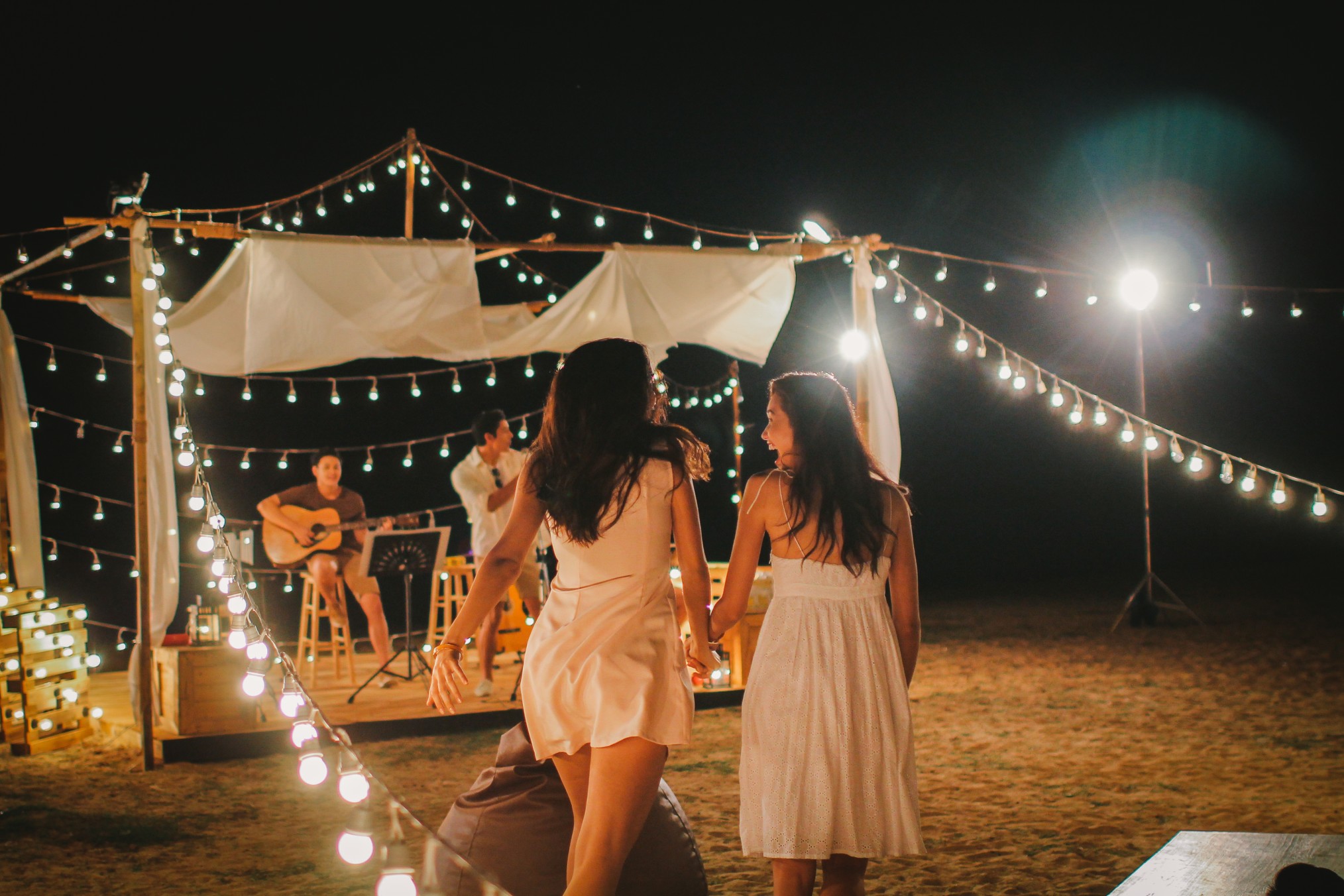 Summer music festival season is almost here, and our correspondent Abbie Martin Greenbaum has rounded up a list of the world’s best top rated live summer music festivals in the U.S. and Europe in 2022, including hip-hop, R&B, EDM, alternative, world, rock and pop. The good news? You can spend every weekend between Memorial Day and Labor Day at a sensational outdoor music festival somewhere in the world.

Best Summer Music Festivals in the World in 2022

Every summer, we love to bring you an update of our post, The Best Summer Music Festivals.  This is our guide to the biggest summer events, with the hottest artists, from all over the world. Though pop music dominates, you’ll also find plenty of hip hop, R&B, EDM, alternative, jazz, rock, and indie music, as well as Insta-worthy food, big name guests, and lots of memories in the making.

And we are so excited that almost all of our favorites are back this year. After two years of waiting, we can’t wait to dance under the sun.

Bottlerock, May 27th – May 29th, 2022. The festival in Napa Valley, California is back to being “the first taste of summer.” And we can’t wait! Who doesn’t want to kick off the season with music from Metallica, P!nk, Twenty One Pilots, Kygo, and Pitbull? Sign us up. Stay at: The Meadowood Napa Valley in St. Helena or the Bardessono in Yountville.

Primavera Sound, June 2nd – June 12th, 2022 in Barcelona, Spain; NOS Primavera June 9th – June 11th, 2022 in Porto, Portugal; and Primavera Talent Los Angeles, from September 16th – September 18th, 2022. One of our favorite summer festivals is expanding. As well as Barcelona and Porto, Primavera will be heading to Los Angeles, and later in the fall, to Säo Paulo, Santiago, and Buenos Aires.  Pick the weekend that works best for you, or follow the festival all the way from June to November. Catch Beck, Tame Impala, Tyler the Creator, The Strokes, Gorillaz, Nick Cave & The Bad Seeds, The National, Megan Thee Stallion, and many, many others.  Stay at: The Mandarin Oriental Barcelona or the Meliá Barcelona Sky during weekend one, the InterContinental Porto or the The Yeatman in Porto during weekend two, and the Beverly Wilshire (a Four Seasons Hotel)  during weekend three.

The Governor’s Ball Music Festival, June 10th – June 12th, 2022. The popular New York festival is returning to its usual early summer slot, this time at Citifield. We can’t wait to see headliners Kid Cudi, Halsey, J. Cole, and the rest of the Ball’s exciting lineup. Stay at: The Beekman or 1 Hotel Central Park.

The Essence Festival, June 30th –3rd, 2022. The Essence Festival, a celebration of Black women and Black culture, is back and in-person in New Orleans this year. The festival is set to be an extraordinary weekend and a celebration of Black joy, with performances by Kevin Hart, Nicki Minaj, Janet Jackson, New Edition, Jazmine Sullivan, The Roots & Friends, and more.  Stay at: The Ritz-Carlton or the W in the French Quarter.

The Wireless Festival, July 1st – July 3rd and July 8th – July 10th, 2022.  The London festival is back and better than ever – and bigger than ever. As well as their usual show in Crystal Palace Park, they’re adding a second weekend of music, with performances in both in Finsbury Park and in Birmingham, England. Across the three sets, attendees will enjoy the music of Cardi B, Sza, Nicki Minaj, Dave,  A$AP Rocky, J. Cole and Tyler The Creator.. Stay at: The Nobu Hotel.

The Montreux Jazz Festival, July 1st – 16th, 2022.  The Montreux Jazz Festival is back for its 56th year after two years away. Held on the shores of Lake Geneva in Vevey, Switzerland, the festival is home to blues, soul, and rock music, in addition to jazz. This year’s lineup is unparalleled, featuring many of the world’s greatest talents, including:  A-Ha, Diana Ross, Björk, John Legend, Robert Plant and Allison Krauss, Phoebe Bridgers, Mitski, and many others.  Stay at: The Grand Hotel du Lac Vevey.

Tomorrowland, July 15th – 17th, July 22nd – 24th and July 29th – 31st, 2022. Live Today, Love Tomorrow, Unite Forever is the mantra of the festival in Boom, Belgium (south of Antwerp). Most summers, Tomorrowland plays for two weekends – so we are delighted to see the addition of a third. There are hundreds of artists playing across the festival’s many stages and three separate weekends. Big names include Martin Garrix, Lost Frequencies, and Armin Van Burne. Stay at: Martin’s Patershof in Mechelen or the Hotel de Witte Lelie in Antwerp.

The Latitude Festival, July 21st – 24th, 2022. High in aesthetic and whimsical ambience, the festival in Henham Park, Suffolk, England is famous for its pink sheep and eclectic line-up of poetry, comedy, dance, and original family activities. This year, headliners will include well-known artists Lewis Capaldi, Foals, Snow Patrol, Maggie Rogers, and many more. Stay at: The Salthouse Harbour Hotel in Ipswich.

10. Splendour in the Grass

Splendour in the Grass, July 22nd – July 24th, 2022. North Byron Parklands, Australia. The festival has been held annually since 2001 in the “yoga capital of Australia,” and we love its chill vibe. This year’s confirmed performers include Gorillaz, the Strokes, and Tyler, the Creator, so we know it’s going to be an unforgettable show. Stay at: Halcyon House or The Byron.

Lollapalooza, July 28th – July 31st, 2022, in Grant Park, Chicago. The festival boasts delicious food as well as an amazing roster of artists, making it the perfect festival weekend. This year, we’ve got everyone from Metallica to Jazmine Sullivan, J. Cole to Green Day, and Dua Lipa to Machine Gun Kelly. Plus many more. Stay at: The Ace Chicago or the Four Seasons

Camp Bestival, July 28th – July 31st and August 18th – August 21st, 2022.  A boutique that bills itself as “the most colorful show on earth,” the singular Camp Bestival is putting on two shows this year: the first at the Lulworth Castle, in their usual home of Dorset; and the second in Shropshire.  Dorset’s lineup includes Sister Sledge, Kool & The Gang, Earth, Wind and Fire, while Shropshire will feature Fat Boy Slim, Rag’N’Bone Man, and Becky Hill. And you can also expect all of Camp Bestival’s usual summer camp activities, such as axe throwing, face painting, and trapeze. Stay at: The Green House Hotel in Dorset and Rowton Castle in Shropshire.

Way Out West, August 11th – 13th, 2022. The festival in Gothenburg, Sweden is back this year, and they have a big show planned for us. Though they’ve already announced that Tame Impala, Dave, Nick Cave & The Bad Seeds, Burna Boy, First Aid Kit, and others will be heading to the Slottskogen Park festival, they’ve also said that there are other huge artist announcements still to come. We can’t wait! As well as their music, Way Out West is also known for their food, their films, and their talks, so we know we’re in for an incredible couple of days. Stay at: Upper House.

Field Day, August 20th, 2022.  And right at the end of the first weekend of All Points East, you’ll find Field Day.They always have an amazing lineup, and this year the list includes The Chemical Brothers, Kraftwerk 3D, Peggy Gou, and many others. Stay at: The Beaumont Hotel in Mayfair.

Made in America, September 3rd – September 4th, 2022, in Philadelphia, Pennsylvania. Jay-Z’s popular music festival is the way to spend Labor Day weekend, and say an honorary goodbye to everyone’s favorite season. Stay tuned for more information about this year’s lineup.  Stay at: The Rittenhouse or the Four Seasons.

Firefly Music Festival, September 22nd – September 25th, 2022. It draws as many campers as it does music-lovers to Dover, Delaware every summer.  The festival in the Woodlands is one of the best every year, and we can’t wait for the return of this adventurous weekend. This year’s headliners are Halsey, My Chemical Romance, Green Day, and Dua Lipa, but make sure to check out the full lineup, because there’s a ton of talent hitting the stage this year. And if you don’t feel like camping, then stay at: The Rittenhouse.

All Things Go, October 1st, 2022. This single-day Maryland festival was first started in 2014, and this year is going to be their biggest festival so far. For a final taste of that summer magic, head to the Merriweather Post Pavilion to catch Lorde, Mitski, Bleachers, Lucy Dacus, and King Princess. Stay At: Columbia Inn at Peralynna.

If you have wide-ranging, eclectic musical tastes, you might want to check our lists of the best classical music and opera, jazz, chamber music and dance festivals this summer, too. In just a few weeks, the summer party starts up. You ready? We can’t wait.