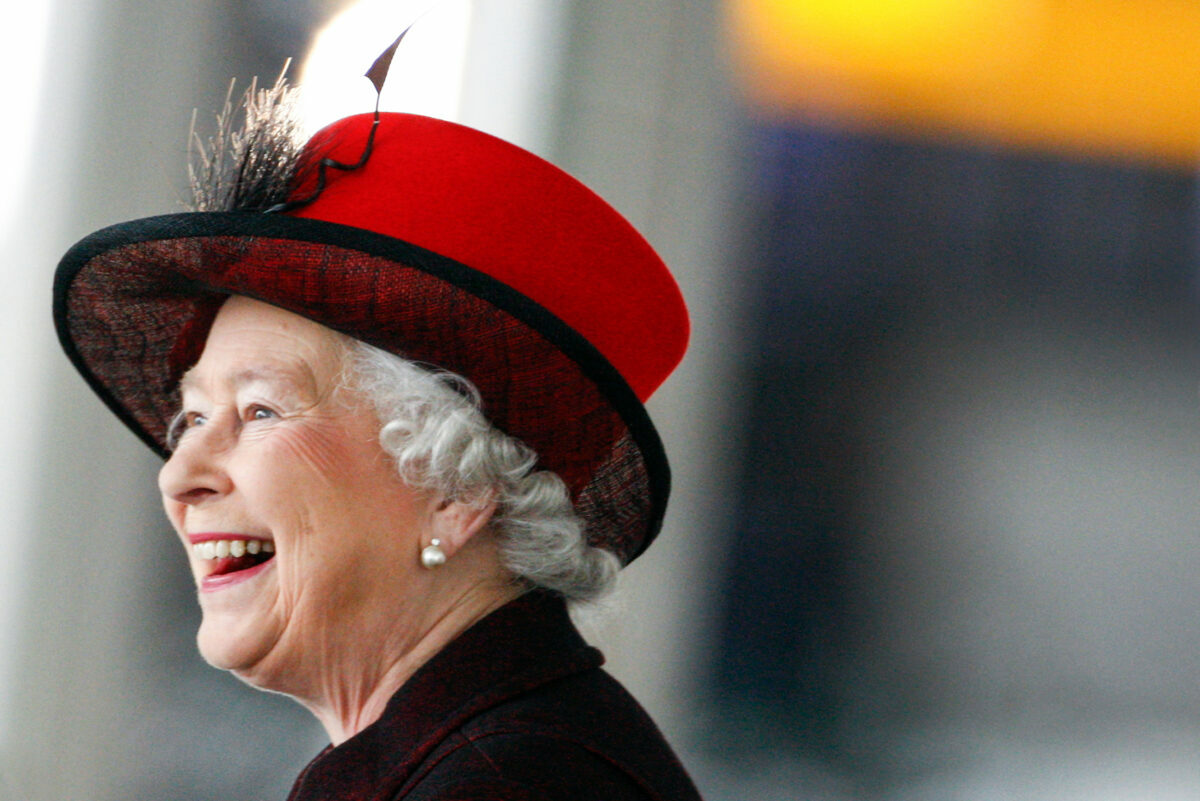 In February 2022, Her Majesty the Queen of England became the first British Monarch to celebrate a Platinum Jubilee: 70 years on throne. The Queen has ruled for longer than any other Monarch in British history. That calls for a celebration of epic proportions! Our correspondent Meredith Lepore has curated a list of the best 5-star luxury hotels in London and New York with special packages, parties and more to celebrate the Queen’s Platinum Jubilee in 2022.

Queen Elizabeth has been working hard at serving her country – often at great personal expense – for seven decades. She has been on the throne for 70 years! Pretty impressive. Definitely calls for a major celebration. And good news, there is one!

This is a truly extraordinary occasion, as this is the first time a Platinum Jubilee has been celebrated for a monarch in British history. The Queen already broke the record for longest-reigning British monarch in September 2015.

The Jubilee will be celebrated over a long bank holiday weekend in the UK, from Thursday June 2 to Sunday June 5. The actual Jubilee celebrations take place on Friday June 3.

The 7 best luxury hotels in London and New York with special packages, parties and more to celebrate the Queen’s Platinum Jubilee in 2022.

If you’re in London, there’s an incredible array of activities to watch and join, including The Queen’s Birthday Parade. The lighting of Platinum Jubilee Beacons, A Service of Thanksgiving at St Paul’s Cathedral. The ‘Platinum Party at the Palace’. The Big Jubilee Lunches (everyone in the country is urged to host a picnic in Her Majesty’s honor). And the Platinum Jubilee Pageant near Buckingham Palace, featuring artistic performers, dancers, musicians and others “telling the story of The Queen’s reign in a festival of creativity.”

The 7 best luxury hotels in London and New York with special packages, parties and more to celebrate the Queen’s Platinum Jubilee in 2022.

The first Saturday in June is Derby Day, a prestigious horse race celebrated at Epsom Downs in Surrey.

Not surprisingly, with all that’s going on, the most luxurious top of the line hotels in both the UK and America are pulling out all of the stops for this special weekend.

The best luxury hotels in New York and London for celebrating the Queen’s Platinum Jubilee in 2022.

Here are a look at some of the best hotel packages, parties, special cakes and more to celebrate the Queen’s Platinum Jubilee. Because 70 years on the throne warrants an extraordinary long weekend of festivities and fun – the kind only a 5-star hotel can provide.

The iconic hotel The Standard, London has formed a partnership with fashion insider (and Royal) favorite baker, Claire Ptak of Violet Cakes to celebrate this year’s Queen’s Platinum Jubilee Weekend.

Ptak is known for her cult, colorful California cakes-she baked the famous wedding cake for the Duke and Duchess of Sussex. And for the Platinum Jubilee, she has prepared a special cake.

The one-meter tall confection is made of rich dark chocolate, spiked with blackcurrant-violet liquor. The filling is a compote of English blackcurrants and violet buttercream. These flavors are all reported to be the Queen’s favorite!

The special Queen’s Platinum Jubilee Cake will be available to guests of the Standard, London from June 2-7, 2022 by booking the Slice Of Royalty room package. A bottle of Champagne upon arrival is, of course, part of the fun.

And if you’re a local who wants a slice, The Standard, London’s exclusive Jubilee Cake will be also available for a limited time in Violet Cakes Bakery from June 7.

Located in the heart of Mayfair, The Connaught is an iconic British hotel. And a historic one at that. Its reportedly where General Charles De Gaulle and Winston Churchill planned the D-Day landings. What better place to celebrate the monarchy than here?

To celebrate the Queen’s Platinum Jubilee, The Connaught will host a “street party” on June 5 for hotel guests and the Mount Street community. There will be a brass band, and delicious food – like strawberries and cream.

The Connaught Jubilee street party will run from 12-3pm on June 5th.

You can enjoy croquet and other lawn games on the green swaths of Coworth Park, a gorgeous five-star hotel only a few minutes away from Windsor Castle . It’s where both Prince Harry and Prince William spent the night before their weddings.

You can also watch a live stream of the Service of Thanksgiving from St. Paul’s Cathedral. Attend a polo match. And join the fun at the Sunday “Big Lunch” street party.

The site of Queen Elizabeth’s 60th birthday, and the home away from home for many other members of the royal family, this is the place to be for an authentic celebration. Insiders literally refer to Claridge’s as the “annex of Buckingham Palace.”

The best luxury hotels for celebrating the Queen’s Platinum Jubilee in 2022. Claridge’s.

To honor the Queen, the hotel will launch an exhibition of rare items from her 1953 coronation that are kept in the hotel’s archives. Including gowns, menus and other memorabilia. And you can order the famous cocktail, the 70-year-old Windsor Rose.

One of the more glamorous hotels in the British countryside, this is a perfect place to celebrate the Platinum Jubilee. Cliveden House is a 5-star Relais & Châteaux hotel and spa just 10 miles away from Windsor Castle.

Under a bevy chandeliers, have a classic British tea experience (you will have to provide your own Corgis, though.) The platinum-themed tea service features the Queen’s favorite chocolate biscuit cake, Coronation sandwiches and her favorite Cliveden snack, a Vicky sponge (a delicious sponge cake and classic British tea treat.) There’s also a vegan menu.

On our side of the pond, there’s plenty of fun to be had over this long weekend, as well. For instance, in New York, The Whitby Hotel in midtown Manhattan is celebrating the Queen’s Platinum Jubilee with a marvelous afternoon champagne tea. Toast Her Royal Majesty the Queen with a glass of  Rathfinny Classic Cuvée and tea sandwiches.

The Whitby is part of the Firmdale Hotel collection, which is based in the UK. So you know they know what they’re doing when it comes to a Royal celebration.

Also available at The Whitby from Thursday, June 2nd through Sunday, June 5th, linger over a celebration lunch with a three-course menu.  Starting with a glass of champagne, of course. Then kick it Royal style with a starter of cold roast beef with horseradish and and as a main course, roasted Coronation Chicken.

Also in midtown Manhattan, the serene and elegant second-floor dining room at the Baccarat Hotel is a lovely place for tea any day of the week. Their Prince of Wales tea service option includes several savories, sweets, and warm homemade scones. And they also have something special for the littles: the Le Petit Prince children’s tea offers kid-friendly snacks.

also in New York City: a silent disco in honor of the Queen’s Platinum Jubilee!

The British Consulate-General in New York is hosting a series of events for New Yorkers to get in on the festivities. Superstar DJ Mark Ronson will be headlining Her Majesty The Queen’s Platinum Jubilee celebration in New York with a silent disco at Lincoln Center, hosted by the British Consulate General in New York. The Saturday, June 4 event will also feature leading British DJ Gemma Cairney. Information on how to get free tickets to the event can be found here.

If that’s a bit too much exertion for you, catch the United Nations Queen’s Platinum Jubilee cricket match on the UN lawn in the Turtle Bay section of Manhattan on June 9.

If you’d prefer to stay in your sweatpants and celebrate from home sweet home, you can still make like a Queen for a Day. Perhaps start with Whispering Angel Rosé’s new limited edition bottle, in honor of Queen Elizabeth’s Platinum Jubilee.

This is the official rosé of the Platinum Jubilee Pageant, with the bottle featuring the pageant’s emblem alongside the rosé’s iconic angels.

You can also watch the Queen’s Platinum Jubilee Central Weekend. It will be covered in the U.K. by television channels BBC One and ITV One, and their online streaming websites BBC iPlayer and the ITV Hub. The events can be watched from the U.S. and elsewhere abroad with a VPN.

Finally, if you make it to the UK later this summer, you won’t have missed all the festivities. From July 7 through September 26, Windsor Castle will host a Platinum Jubilee exhibition focused on the queen’s coronation at Westminster Abbey in 1953. The star of the exhibit is Queen Elizabeth’s grand ceremonial coronation dress, designed by Norman Hartnell. Normally kept in storage, it’s a rare chance to see the elaborate embroidery designs that include gold beads and pearls.

That’s our take on the best 5-star luxury hotels in London and New York with special packages, parties and more to celebrate the Queen’s Platinum Jubilee in 2022. Where will you be on the big day, dear reader?

Meredith Lepore is a freelance writer, editor, and content strategist. Her work has appeared in Marie Claire Magazine, Women’s Health, InStyle, Architectural Digest, The Observer, and Travel & Leisure. She earned her Masters in journalism from the Newhouse School at Syracuse University. Meredith resides in New York full time, and enjoys reading, jogging, spinning, and playing with her small dog, Otis.