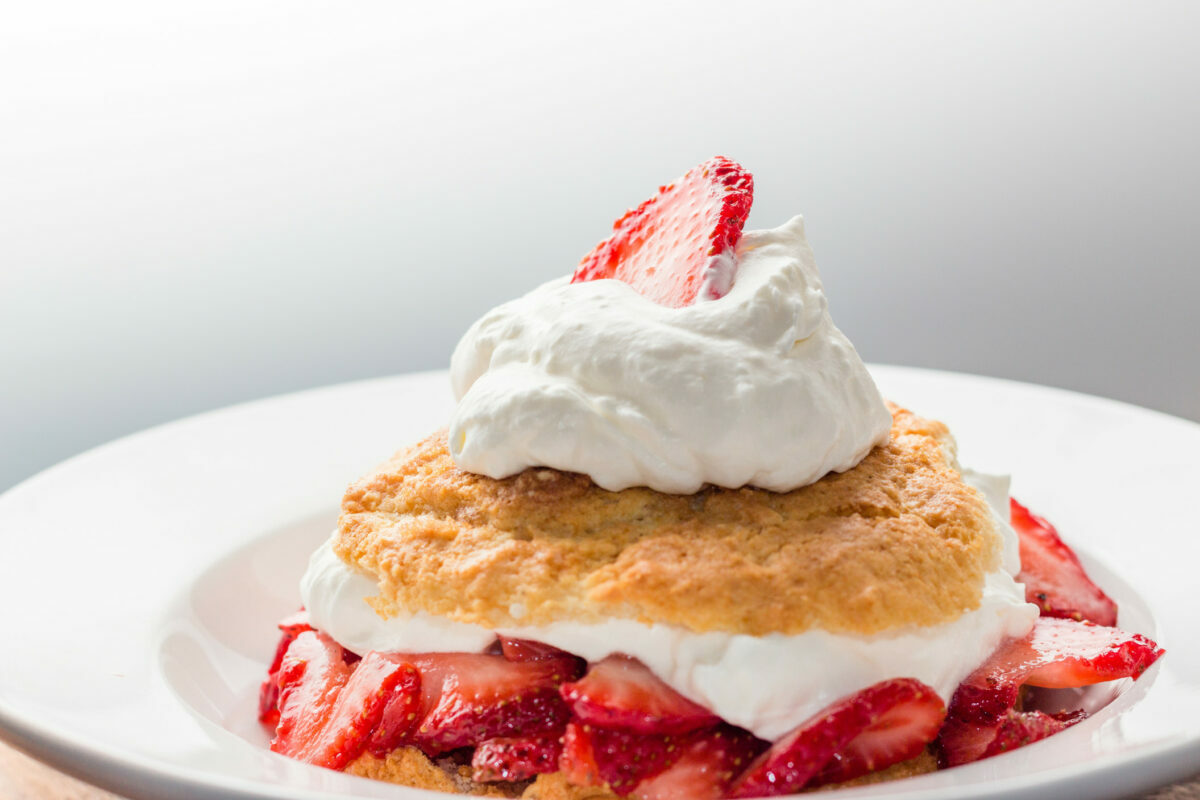 red food and drink are traditional ways to celebrate Juneteenth

Red is the color of Juneteenth. It is a color on the Juneteenth flag, and holds several symbolic meanings for the holiday. For one, the red is said to represent the blood shed by enslaved Black Americans on the road to freedom.

Red food and drink are what to eat to celebrate a traditional Juneteenth.

Writer Michael J. Twitty also notes that the red – and particularly the practice of eating red foods – may come from Yoruba and Kongo cultures, where red is a symbol of power and strength.

The tradition has carried forward, and today red foods – and more specifically red drinks, such as strawberry soda – are often enjoyed at Juneteenth celebrations across the United States.

Red food and drink are what to eat to celebrate a traditional Juneteenth.

On June 18th and 19th, head to Brooklyn’s Weeksville Heritage Center. This is an event with Jummy’s Picks by Black Owned Brooklyn. This is a celebration of Black food and culture, with music from Soul Summit Music collective. There will be an appearance by art collective Papi Juice Bk.

And of course, in attendance you will find 20 top Black-owned food vendors – including Cornbread Farm to Soul, DaleView Biscuits and Beer, Greedi Vegan, Sol Sips, Crème & Cocoa Creamery, Dept. of Culture, Mac Shack, and many others. Though the vendors’ menus have yet to be released, the Instagram post mentions that the festival will honor historic Juneteenth traditions, such as red foods and barbecue.

2. Sweet Home Café at the National Museum of African American History and Culture

There will also be a virtual food demonstration for those who’d like to try making some of Chef Coles’ dishes at home.

On June 17th, head to Houston, Texas and join three of the world’s most premiere chefs for “A Five-Course Cultural Experience” and “A Culinary Celebration of Juneteenth.” As well as being a Top Chef finalist and James Beard Award semi-finalist, Chef Dawn Burrell is a partner of Lucille’s Hospitality Group, and set to serve as Executive Chef of their restaurant Late August.

All proceeds from the Juneteenth Jubilee will benefit Lucille’s nonprofit 1913, which works to combat food insecurity and food waste.  The Jubilee’s menu features many red dishes, including tomato curry, compressed watermelon, and charred onions with hibiscus. Tickets are $250 and available online.

The Arizona restaurant is hosting a Juneteenth Jubilee. In a conversation with AZ Central, Chef Stephen Jones discussed the upcoming menu, which has a picnic theme, and is designed with red, seasonal dishes in mind.

As well as corn fritters and jerk pork sliders, diners can expect strawberry soda, strawberry pie, and a strawberry barbecued quail. Tickets are $50 and available online, and the meal – served on Juneteenth itself – is a collaboration with Chefs Keenan Bosworth, Shane Jackson, and Jacob Cutino.

What are the best poems about the black experience in America?

Harlem’s Reverence is one of our very favorite New York spots, and they are hosting a special Juneteenth Tasting. The restaurant is known for their Sunday Suppers, and this one is a celebration of Father’s Day as well as a celebration of African American culture.

Though the menu has not been posted online, Chef Jackson said that the meal is inspired by his memories of childhood cooking, and we are guessing that red foods may play a role in this fantastic event. Tickets are $125 a person and available online.

Hosted by Chefs Tarsha Gary and Sheri Raleigh, the event will include a curated brunch and cocktail tasting. It will also include an African drumming ceremony and a marketplace. As Chef Sheri says in the press release for the event, “food tells a beautiful, soulful story.” We know that this is going to be a very special event. Tickets are $100 and benefit community programs.

There will also be wines curated by Black Vines, a panel discussion, jazz from the Matthew Major Trio, and an afterparty. Tickets are $200 and available online, and the dinner begins at 5 pm on June 18th.

Cupcake Kitchen Houston is a Black, female-owned bakery. It offers artisanal cupcakes, pies, cookies, and custom cakes, as well as savory entrees. Owner Patriq Farooq spoke with Houston Food Finder, letting them know that the bakery will have “Sweets and Eats” specials on the menu for Juneteenth weekend.

And if you are stopping by, you will absolutely want to pick up a slice of their famous red velvet cake or their strawberry cheesecake.

Brunch-Ish is a day party and brunch series held in the Greater Phoenix area. Their meals are opportunities to eat delicious food, make new friends, and unwind after a long week. And on June 19th, they are coming to Tempe with a special Juneteenth celebration featuring Travis Porter.

As well as the music, there will be an exceptional food menu on hand, which includes red velvet waffles, fried chicken, mac and cheese, biscuits and gravy, fruit medley, and more. Tickets start at $40 and are available online.

10. Watermelon and Red Birds: A Cookbook for Juneteenth and Black Celebrations by Nicole A. Taylor

Nicole A. Taylor’s bestselling cookbook arrived just in time – May 31st of this year. In the very first cookbook to celebrate Juneteenth, the James Beard Award-nominated writer offers 75 recipes with which to celebrate the holiday. It also tells the story of how these flavors came to be what to eat for Juneteenth celebrations.

The cookbook includes sections on red drinks, on cakes, and on frozen treats, as well as so much more. For those who plan to celebrate at home, this cookbook is a must.

Celebrate Juneteenth with traditional red food and drink this year

Red food and drink are what to eat to honor the traditional customs of Juneteenth, and that’s our take one some of the best places to find them to celebrate this year. We can’t decide which one to start with: hibiscus tea? Red velvet cake? Strawberry soda? What do you think, dear reader?

This article contains affiliate links to products independently selected by our editors. As an Amazon Associate and member of other affiliate programs, Dandelion Chandelier receives a commission for qualifying purchases made through these links.