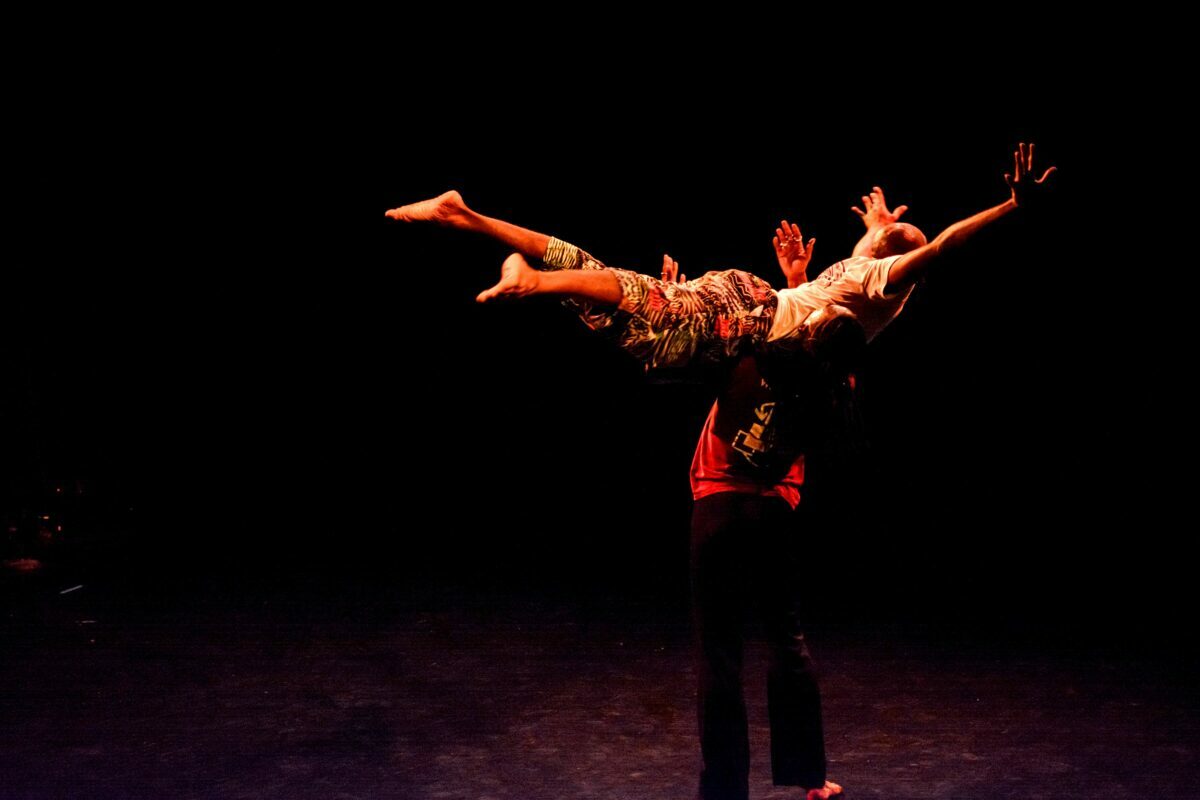 Thelma Hill is best summer dance festival to see artists of color, and now is the time to grab your tickets. Our correspondent Abbie Martin Greenbaum has curated a list of everything you need to know about the inspirational Thelma Hill Performing Arts Center (THPAC) in New York.

If you have your eyes anywhere on the world of dance, then you’ve already seen the influence of Thelma Hill Performing Art Center (THPAC).

Everything you need to know about the inspirational Thelma Hill Performing Arts Center (THPAC) in Brooklyn, New York.

Their summer festivals are the place to catch the most exciting new pieces from established and emerging choreographers. Since their founding in 1976, THPAC has worked with the mission of showcasing and promoting the work of artists and choreographers of color, making them the first organization in New York to do so.

“We catch dancers and choreographers early in their careers,” Smith said, “and then we launch them forward.”

In this way, THPAC has been a beacon for artists and audiences alike. For artists, a place to find their footing in the industry. For audiences, a place to enjoy fresh talent before the rest of the world discovers them.

Camille A. Brown is a notable artist who performed early in her career at Thelma Hill Performing Arts Center.

And many of the artists who have performed with THPAC have then returned to their stages later on in their careers – including Kyle Abraham, Camille A. Brown, Urban Bush Women, and others.

Kyle Abraham, a notable dancer who performed at THPAC early in his career.

With all THPAC’s success, you might never know that the road from 1976 to 2022 has been one filled with challenges. And with loss. “The only way I can put it,” Smith said, is that the organization’s history has been marked by, “a series of deaths.”

The organization is named for Thelma Hill, who was an original dancer with Alvin Ailey, and an early teacher of Larry Phillips, THPAC’s founder. Phillips began the performing arts program as a way to generate additional revenue for the children’s center where he worked in Downtown Brooklyn.

Initially, the goal was to promote both dancers and musicians of color. But in 1977 – only one year after the program’s inception – Hill passed away in an apartment fire. Phillips worked with his assistant, Melvin Davis, to establish THPAC in Hill’s name, before he himself passed away in 1987.

From there, it was Davis who worked to expand on Phillips’ vision. He re-focused the Center on dance, rather than dance and music, and began to curate an annual season of performances. Smith also came in during this time, joining the organization as a graphic design artist.

“As I became familiar with dance,” Smith said, “I began to develop a love of it by way of the organization.” (Coincidentally, Smith and Phillips had met briefly, years earlier, when Smith attended one of THPAC’s early productions at BAM). He and Davis also developed a close friendship.

In 1995, Davis debuted the program Toenails of Steel and Ruby Red Text, pairing the work of Black choreographers with the poetry of gay, Black writers. “It was very much on the edge at the time, and very well received,” Smith said. This would be Davis’ last program for THPAC, because he passed away suddenly in 1995.

Smith faced a difficult question – can an organization survive the passing of its founders?

“I was always intending to hold the organization together until I could find someone to take it on,” Smith said. “I did not know this was my mission.” And yet, it was Smith, with the help of artist Marshall Sweeney, who kept THPAC going.

Almost thirty years later, they have never missed a season.

Of course, there have been many difficult moments along the way. Hurricane Sandy, for one; and most recently, COVID-19.

Like other arts organizations, THPAC has struggled. “It’s been very difficult for artists to come back,” Smith said. “Everyone is still dealing with the aftereffects of this pandemic.” THPAC’s 2021 season was livestreamed, with dancers performing to an empty house; 2022 will be their first live and in-person festival since New York’s shutdown.

Everything you need to know about the inspirational Thelma Hill Performing Arts Center (THPAC) in Brooklyn, New York.

THPAC’s annual festival runs every June, usually in the final week of month. This year it will take place from June 22nd to June 25th, and will present five talented artists of color to a Brooklyn audience.

Dylan Santos is on the 2022 program at the summer dance festival at Thelma Hill Performing Arts Center.

Santos will present on June 25th, as part of THPAC’s PEEKS Works-in-Progress program. This is a free event that allows community members a sneak “peek” at brand-new works that are still in development.

The PEEKS program creates an active connection between Brooklyn residents, and choreographers who are looking for a place to debut unfinished projects. After the performance, there is a talkback where audience members can share their comments with the creator.

The PEEKS program illustrates the way THPAC operates: with community in mind. Their shows currently take place at The Actors Fund Arts Center in downtown Brooklyn, which is a residential building. For every show, THPAC reserves ten seats for building residents. “They’ve become a set part of our audience now,” Smith said. “They are part of our reason to be.”

At the end of the festival, the entire program will be streamed for free on THPAC’s YouTube Channel. And we can expect more performances going into 2023.

Next September, THPAC will present one of their original pieces, A Ramp to Paradise. This is based on a short story by Smith. “It is in tribute to the underground Black, gay dance club The Paradise Garage, which is legendary,” Smith said. The piece, which was choreographed by Kyle Abraham, was first produced in 2010; they are re-staging it this year to commemorate the 35th anniversary of the club’s closing.  The next PEEKS program will take place in early December.

What Thelma Performing Arts Center is looking forward to next

THPAC has presented in spaces all over Brooklyn, including at LIU and at St. Ann’s. Smith says that one of the future goals for the Company is to find a permanent, brick-and-mortar rehearsal space. Many of his other ambitions involve strengthening the programs that THPAC already has in place. “I want to have a curatorial program that serves as a pipeline to new and upcoming talent.”

And yes, Smith says that the center’s succession is definitely on his mind. He has been asking that same question that followed Davis’s death in 1995: can an organization survive the passing of its founders?  “It can,” he says. “This is important. If you’re running an organization, and you’re not looking beyond you, then I question how un-selfish you are in regards to that organization.”

But these are long-term goals. In the short-term, THPAC is looking forward to their 50th anniversary, only a few years away.

And in the meantime? We all get to enjoy their 46th season, from June 22nd to June 25th at The Mark O’Donnell Theater. 160 Schermerhorn St, Brooklyn, New York.

That’s everything you need to know about the rich history and bright future of the Thelma Hill Performing Arts Center in Brooklyn. Grab your tickets now, dear reader! It’s almost showtime.

This article contains affiliate links to products independently selected by our editors. As an Amazon Associate and member of other affiliate programs, Dandelion Chandelier receives a commission for qualifying purchases made through these links.