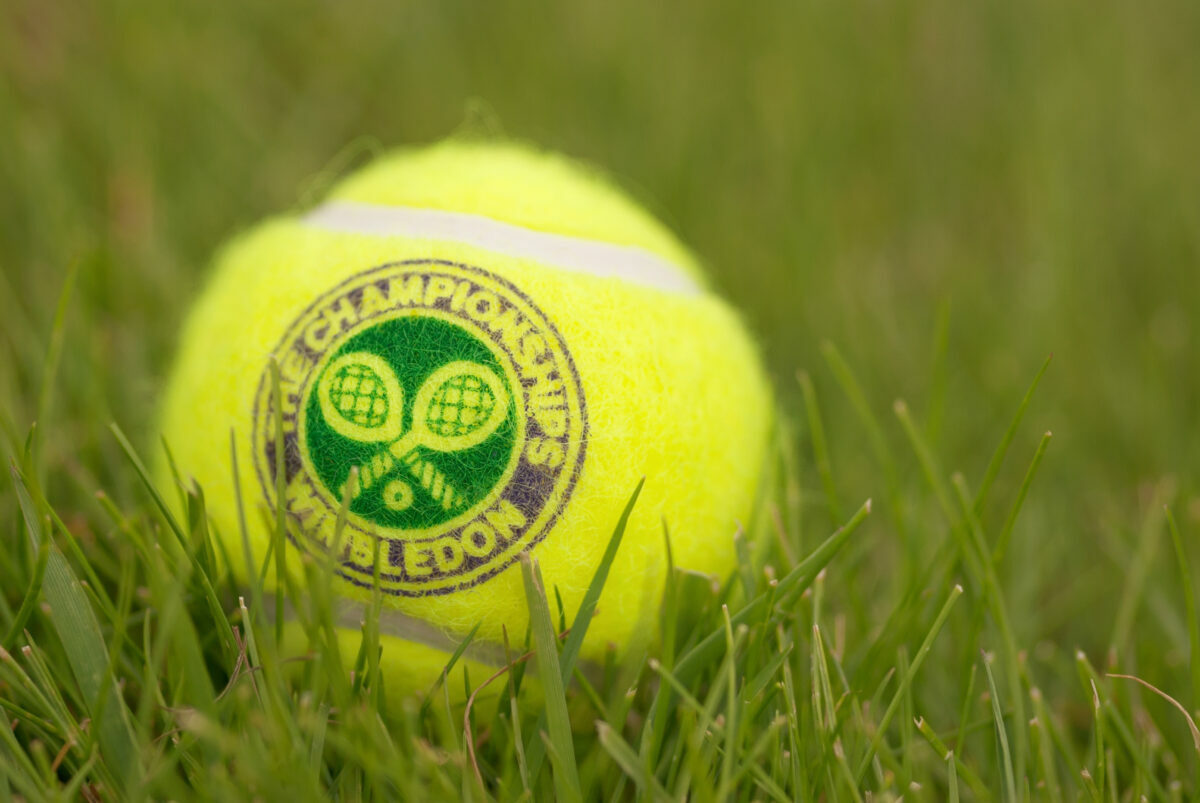 Here are 10 top headlines from the world of sports to know this summer Sunday.

The iconic Wimbledon tennis tournament begins tomorrow, and it promises to be an exciting two weeks of tennis. ESPN notes that Serena Williams will be back for the first time since Wimbledon a year ago. Novak Djokovic will look to win his fourth Wimbledon title in a row. All eyes will be on Iga Swiatek to see if she can continue to utterly dominate. And Rafael Nadal will be aiming for his third Grand Slam victory of the year (and 23rd overall).

Top 10 headlines to know heading into the week of June 26, 2022, with the big stories and major events in sports news in MLB, NFL, tennis.

Due to the ban on Russian and Belarusian players, Daniil Medvedev and Alexander Zverev will be absent.

With the absence of reigning champion Ashleigh Barty following her surprise retirement earlier this year, and Naomi Osaka‘s withdrawal due to injury, here are some other names to watch on the women’s side: Simona Halep, Coco Gauff and Angelique Kerber. On the men’s side,  potential breakouts include Matteo Berrettini, Carlos Alcaraz and Hubert Hurkacz.

This tournament has been held on the grass courts at the All England Club in Wimbledon, London since 1877. Grab a bowl of strawberries and cream, and settle in. This is gonna be good.

2. Gronk calls it a career, retiring for the second time

Tampa Bay Buccaneers tight end Rob Gronkowski retired again this week, writing on Instagram, “[I’m] walking away from football again with my head held high knowing I gave it everything I had, good or bad, every time I stepped out on the field.”

Top 10 headlines to know heading into the week of June 26, 2022, with the big stories and major events in sports news in MLB, NFL, tennis. “Gronk” calls it a career.

Of course, Gronk has done this before. He left the game in 2019, missed the season, and then reunited with Brady for 2020 and 2021 in Tampa Bay. His agent admitted this week that he wouldn’t be surprised if Gronkowski returned to the field if Tom Brady called. That would be the same Tom Brady who retired and then un-retired earlier this year. The two are a great pair: Brady threw six touchdowns and zero interceptions while targeting Gronk last season. That’s his best ratio of any target.

If you’re really into all of this drama, watch this space for further updates. If you’re kind of over it all, we’ll be sure to issue a trigger warning prior to any further coverage of this on-again, off-again, will-he-or-won’t-he saga. For what it’s worth, our Sports Desk thinks Gronk is really done this time.

NFL Commissioner Roger Goodell testified before the U.S. House of Representatives’ Oversight Committee this week regarding the Washington Commanders’ workplace environment — including women’s accusations of sexual harassment by team executives — under team owner Daniel Snyder. He testified that he’s not authorized to demand that Snyder sell the team. It remains to be seen whether pressure on Snyder will increase to the point that he’s forced to sell.

Meanwhile, Cleveland Browns quarterback Deshaun Watson has reached confidential settlements in 20 of the 24 civil lawsuits alleging sexual misconduct against him. However, four suits remain, as does a potential suspension from the NFL. Cleveland signed him to a fully guaranteed five-year, $230-million contract earlier this year. But our Sports Desk says that it is not impossible that the NFL will suspend him for the entire upcoming season.

The Tampa Bay Lightning stymied the Colorado Avalanche in Game 5 of the Stanley Cup Finals to send the series back to Florida. The Lightning have won the Cup for the past 2 seasons and a 3-peat looked like it was slipping away from them as they slipped to a 3-1 record. But they stunned the Avs with a comeback in Colorado. Now they’ll be back on home ice tonight for Game 6. And they tend to play extremely well there.

Top 10 headlines to know heading into the week of June 26, 2022, with the big stories and major events in sports news in MLB, NFL, tennis. Tampa Bay forces a Game 6 in the Stanley Cup finals against the Colorado Avalanche.

As The New York Times notes, the N.H.L. hasn’t seen a three-peat since the New York Islanders won four straight titles in the early 1980’s. Stay tuned to see if Tampa Bay can pull it off.

In other NHL news, the Toronto Maple Leafs’ Auston Matthews, 24, won his first MVP award. He also won the Ted Lindsay Award, given to the league’s most outstanding player. Matthews is just the third Maple Leaf — and the first in 67 years — to win the MVP.

At 52-20, the New York Yankees remain far and away the best team in baseball. They lead the AL East by 11 games, and were the first team in the league to reach 50 wins. They were on a 15-game home winning streak until the Houston Astros snapped it this weekend.

The pinstripes’ Aaron Judge maintains the MLB lead for most home runs of the season at 27. Thursday night, Judge led his team to a thrilling come-from-behind 7-6 win over the Houston Astros with a walk-off single.

Top 10 headlines to know heading into the week of June 26, 2022, with the big stories and major events in sports news in MLB, NFL, tennis. Aaron Judge is the home run leader in MLB this season.

The next day, the Yankees and Judge settled on a $19 million contract for 2022 just before the two sides were scheduled to go to an arbitration hearing. Judge wanted $21 and the Yanks wanted $17, so they met exactly in the middle. There are bonuses if Judge wins the MVP title in either the regular season or the World Series. Right now, Vegas has him as the current AL MVP favorite.

Regular readers of this column will remember that Judge rejected a seven-year contract extension worth $30.5 million per season in spring training earlier this year. He is scheduled to become a free agent after the season ends, and his epic performance so far means his value to any franchise has only increased.

No one has hit 60 home runs in a season since Barry Bonds (73) and Sammy Sosa (64) both did it in 2001. Aaron Judge is seriously threatening to change that. The Yankees slugger has 27 home runs through his team’s first 70 games, which puts him on pace for 62 this season.

The New York Mets keep impressing this season – at 47-26, they lead the NL and are second only to the Yankees (the Houston Astros are currently third best in the league).

Things are looking up in LA this week. Los Angeles Angels’ Shohei Ohtani has accomplished a new historic two-way feat. On Wednesday night in a 5-0 win against the Kansas City Royals, not only did Ohtani set a new career-best in strikeouts, with 13. He also became the first player since runs batted in became an official statistic in 1920 to have consecutive games in which a player drove in at least eight runs and struck out at least 10 batters.

The 2022 NBA draft was this week, and our Sports Desk characterized it as a strong class – but with no one who seems to have the talent of prior drafts like Ja Morant, Jason Tatum or Luca Doncic. The biggest debate going into Thursday night was if Chet Holmgren from Gonzaga is superstar material. Some compare him to Kevin Durant, but since he weighs only 195 pounds, he’ll have to  “muscle up” to play well in the NBA.

The 2022 draft started off with a surprise pick. The Orlando Magic selected Paolo Banchero instead of the predicted favorite Jabari Smith Jr., who ended up going to the Houston Rockets at No. 3.

CBS Sports rates the Detroit Pistons as the winners of the night with a “nearly perfect” set of picks. Jaden Ivey and Jalen Duren are heading to the Motor City to join Cade Cunningham.

While the Brooklyn Nets didn’t make any picks in this year’s draft, the crosstown New York Knicks got a passing mark from the experts. It was an active night for them. They picked Ousmane Dieng at No. 11 and promptly traded him to Oklahoma City. In a three-team deal with Detroit and Charlotte, Kemba Walker and Jalen Duren went to the Pistons. Finally, the Knicks picked – and kept – Duke’s Trevor Keels.

Meanwhile, the Sacramento Kings opted for Keegan Murray at number 3 instead of Jaden Ivey – the hot take is that they’ll regret that choice in a few years. Chet Holmgren, by the way, is going to the Oklahoma City Thunder as the number 2 pick.

8. Brooklyn Nets and Irving at an impasse

Speaking of the Brooklyn Nets, the star power that came together on this team may be falling apart just as quickly. CBS Sports reports that Kyrie Irving has given the Nets a list of sign-and-trade options should the two sides not reach a contract extension. That, in turn, has left Kevin Durant (KD) reportedly pondering his own future with the franchise.

It would take a complicated series of maneuvers for Irving to part company with the Nets. He has a $36.9-million player option for next season. If he opts out, he’d be a free agent. But he’d need a team with the financial flexibility to add him to their roster via free agency. If that’s not possible, he’d need the Nets to agree to a sign-and-trade. And the Nets would expect to get something back in exchange for Irving. Watch this space for further updates.

In a shocking move, Brooks Koepka is joining the Saudi Arabia-backed LIV league ahead of its event in Portland next week. Koepka is a four-time major winner: 2017 and 2018 U.S. Open, 2018 and 2019 PGA Championship. He’s also a former world No. 1. Like Dustin Johnson, Phil Mickelson and Bryson DeChambeau, Koepka reportedly received millions of dollars to make the switch.

By contrast, Collin Morikawa denied rumors he’s leaving for LIV Golf. The No. 4 player in the world and two-time major winner tweeted this week that he’s “here to stay on the PGA Tour.”

In other golf news, last Sunday Briton Matt Fitzpatrick won the U.S. Open – his first major, and his first professional win in the United States.

College football season is just over the horizon and this week came news about a scion of a football dynasty and his college career. Arch Manning — nephew of Peyton and Eli, grandson of Archie and top recruit in the 2023 class — committed to the Texas Longhorns this week, opting for the team over powerhouses Alabama and Georgia.

That’s our take on the big sports news headlines and major events, and a preview of the week ahead, including what to know about football, tennis, baseball, hockey and more. Stay well and safe out there, dear reader. See you next week.