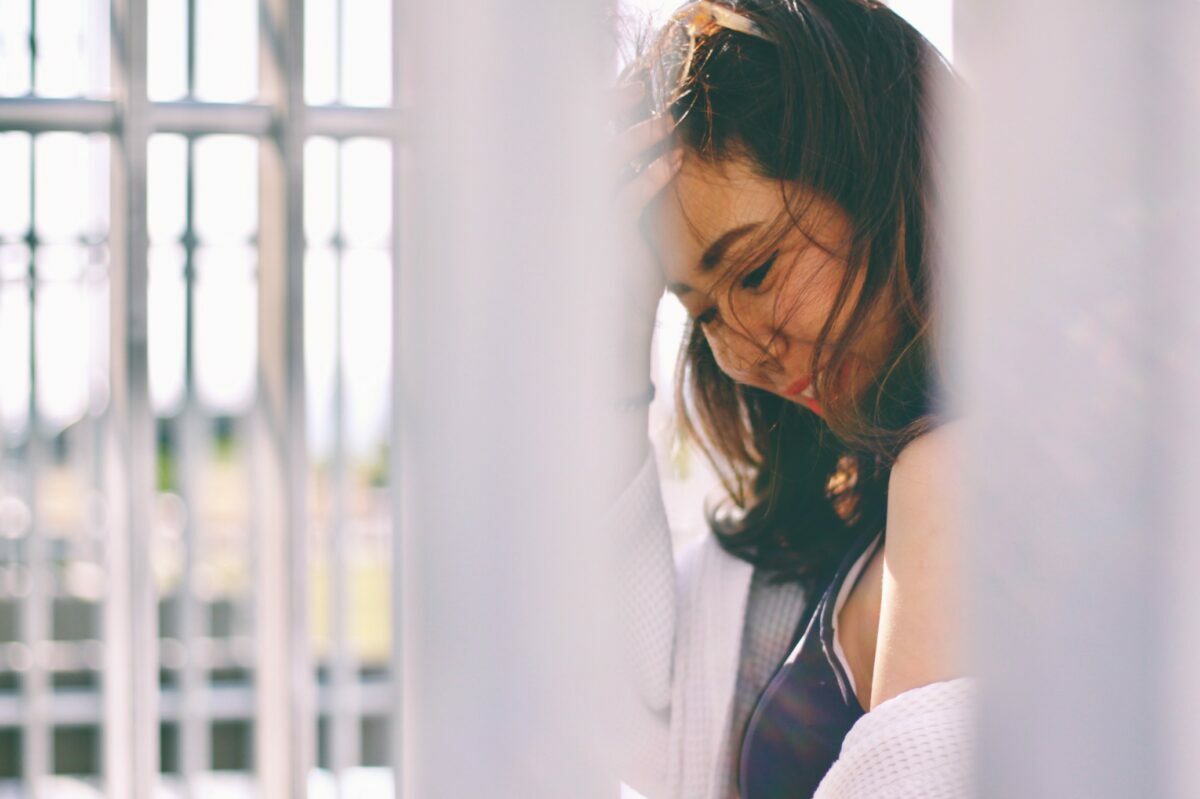 Our Luxury Calendar provides a comprehensive overview of the top events unfolding around the world every month. Some are micro-luxuries (like a really good book) and others are on a grand, epic scale. Personally, if schedules and money were no object, and we could do anything we’d like, here are our top picks for the best luxury calendar events and experiences in the world in July 2022. Consider it your luxury calendar of the can’t-miss events in fashion, art, music, sports, travel and culinary arts in this month of July.

luxury calendar: how to have a brilliant july

What to do in July? Well, dear reader, July is about freedom, in all of its glorious forms.

Independence Day, BBQing, catching a wave in Malibu, belting out Beyonce’s new album Renaissance in your convertible as you motor to cocktails in the Hamptons, rocking your favorite new blue summer dress. Haute Couture Fashion Week in Paris, dinner at the Ritz-Carlton New York, NoMad, a trip to Glimmerglass Festival or sunbathing in Positano. It’s time to let go.

For the slightly more sedentary, there’s an epic wave of films, books and television shows to discover. Among them the sci-fi thriller titled Nope from Jordan Peele and the movie adaption of Where the Crawdads Sing. Or follow along with all the action on the Tour de France. That’s if you’re not too busy basking in a summer music or dance festival performance in Newport or Vail.

the best events in the world of luxury in july

It’s hard to narrow the list down to just the top 25 picks in the world of luxury in July 2022, but here goes.

The most glamorous of the fashion and beauty events in the month of July 2022 is Fall-Winter Haute Couture Fashion Week in Paris. The week will bring gorgeous clothes, jewels and the people who can afford them together for a dazzling few days. We’re keen to see the Chanel show, in particular – July 4 – 7

Despite their pristine marble appearance, Greco-Roman sculptures were once richly adorned with color and ornamentation. If you’ve ever wondered what one of these artifacts actually looked like in the age of antiquity, you’re in luck. The Metropolitan Museum of Art’s new exhibition, Chroma: Ancient Sculpture in Color, uses technology to colorfully recreate some of the museum’s most prestigious sculptures – July 5 – Mar 26

The top 25 events on the luxury calendar around the world for July 2022: Glimmerglass Festival. Courtesy Photo

4. the double: identity and difference in art since 1900

The Double: Identity and Difference in Art since 1900 at the National Gallery of Art will offer a broad survey of repetition, difference and identity in the art of the past century-plus using 120 different artworks – July 10 – Aug 21

Now in its 34th season, the Vail International Dance Festival features both ballet and modern dance. Opening night will feature performances from New York City Ballet MOVES in Red Angels by Ulysses Dove and Other Dances by Jerome Robbins, the legendary Limón Dance Company and the fusion street styles of Ephrat Asherie Dance will make their debuts – July 29 – Aug 9

6. the little book of hermès

Explore the evolution of of the house of Hermès and the brand’s key codes and pieces in Karen Homer’s The Little Book of Hermès: The Story of the Iconic Fashion House ($17) – July 19

Following the events of Avengers: Endgame, Thor: Love and Thunder finds the God of Thunder having an existential crisis and on a mission to find his rightful place in the world where his ex-girlfriend Jane (Natalie Portman) suddenly has the ability to wield his hammer – July 8

The top 25 events on the luxury calendar around the world for July 2022: Thor: Love and Thunder. Courtesy Photo

New on Apple TV+ is the limited series Black Bird starring Taron Egerton and Ray Liotta in one of his last roles. The story centers on convict Jimmy Keene (Egerton), who agrees to befriend a suspected serial killer in prison and get him to confess before he is released on appeal – July 8

9. where the crawdads sing

Jordan Peele reunites with his Get Out leading man Daniel Kaluuya for a sci-fi thriller titled Nope that may well have us all believing in aliens before the summer is through. Keke Palmer also stars – July 22

The top 25 events on the luxury calendar around the world for July 2022: Nope. Courtesy Photo

The Verbier Festival in Switzerland celebrates its 27th anniversary this year; its programming again pairs young talent with some of the biggest names in strings. There will be more than 60 concerts, ranging from opera to symphonic music to chamber pieces – July 15 – 31

14. splendor in the grass

One of the most popular annual music festivals in July 2022 is Splendor in the Grass, returning for its 20th edition to North Byron Parklands, Australia. This year’s acts include Gorrillaz, The Strokes and Tyler, the Creator – July 22- 24

Following the release of her smash hit single “Break My Soul,” Beyonce will drop her first album in 7 years titled Renaissance – July 29

What’s the best playlist for July 4th this year?

One of the best annual events in tennis in July is indisputably Wimbledon. It’s the oldest tennis tournament in the world – June 27 – Jul 10

The top 25 events on the luxury calendar around the world for July 2022: Wimbledon. Courtesy Photo

Now in its 150th edition, the best annual event in golf in July is the British Open, the oldest of the four major championships in professional golf. The fourth and final major of the PGA will be held at St. Andrews in Scotland – July 10 – 17

Among the major annual fashion, art and design events in July is Art Santa Fe. The gathering of exceptional artists and galleries from around the world celebrates 22 years this summer – July 15 – 17

21. the pavilions rome, the first musica

Housed in a mid-century building originally designed by architect Mario Docci, The Pavilions Rome, The First Musica opens this month. The hotel overlooks the winding Tiber River and is located just minutes from the Spanish Steps – July 1

Featuring spectacular views of the Manhattan skyline, including the Empire State Building and the Statue of Liberty, the long awaited Ritz-Carlton New York, NoMad will open its doors. Inside, guests can dine at award-winning chef José Andrés at his new hot spot, Zaytinya, which offers a Turkish, Greek, and Lebanese-inspired menu – July 19

The top 25 events on the luxury calendar around the world for July 2022: Ritz Carlton New York, Nomad. Courtesy Photo

Celebrate citrus at the Key Lime Festival in Key West. Just be sure to save room for some pie – Jun – July 4

The top 25 events on the luxury calendar around the world for July 2022: Key Lime Festival. Courtesy Photo

Head to Chicago for the world’s largest food festival, Taste of Chicago.  This year’s event will feature free pop-up events around the city with music, performances, and (of course) great eats from local restaurants in addition to its annual event in Grant Park – July 8 – 10

Savor exceptional food, wine and music at Taste of Napa, the region’s annual celebration featuring the best that the valley has to offer at The Meritage Resort & Spa- July 16

Canada Day is July 1, and the country is celebrating its 155th birthday – Ottawa is the ideal place to be. In America, Independence Day will see fireworks, music and parades. On the banks of the East River, catch New York City’s 46th annual Macy’s 4th of July Fireworks. Don’t forget to wear some stars and stripes if you feel so inclined. Bastille Day in Paris will see a military parade down the Champs-Elysées and fireworks near the Eiffel Tower – July 14.

There are glamorous annual social events galore, including the RHS Hampton Court Palace Flower Show in London from July 4 – 9. In the Hamptons, the Watermill Center Summer Benefit is on July 30th. The glamorous Monaco Red Cross Gala celebrates its 73rd year with a performance by Alicia Keys, at the Place du Casino Monte-Carlo on July 18.

And Paris Plages will once again transform some of the roads along the Seine into a temporary beach resort complete with sand, a floating pool and live music.

It’s not all fun in the sunlight and starlight. There are corporate and cerebral gatherings of the power elite on the docket, too.

In addition to all of that, National Ice Cream Day is the 17th (make ours a mint chocolate chip, please!)

In the whirl of options, just remember the secret joy of July: you’re free to do anything – or to do nothing at all. Let the fireworks begin.

what to do to have true luxury experiences in july 2022

That’s it. Our luxury calendar of the best luxury events and true luxury experiences in July 2022. What are you most excited about?