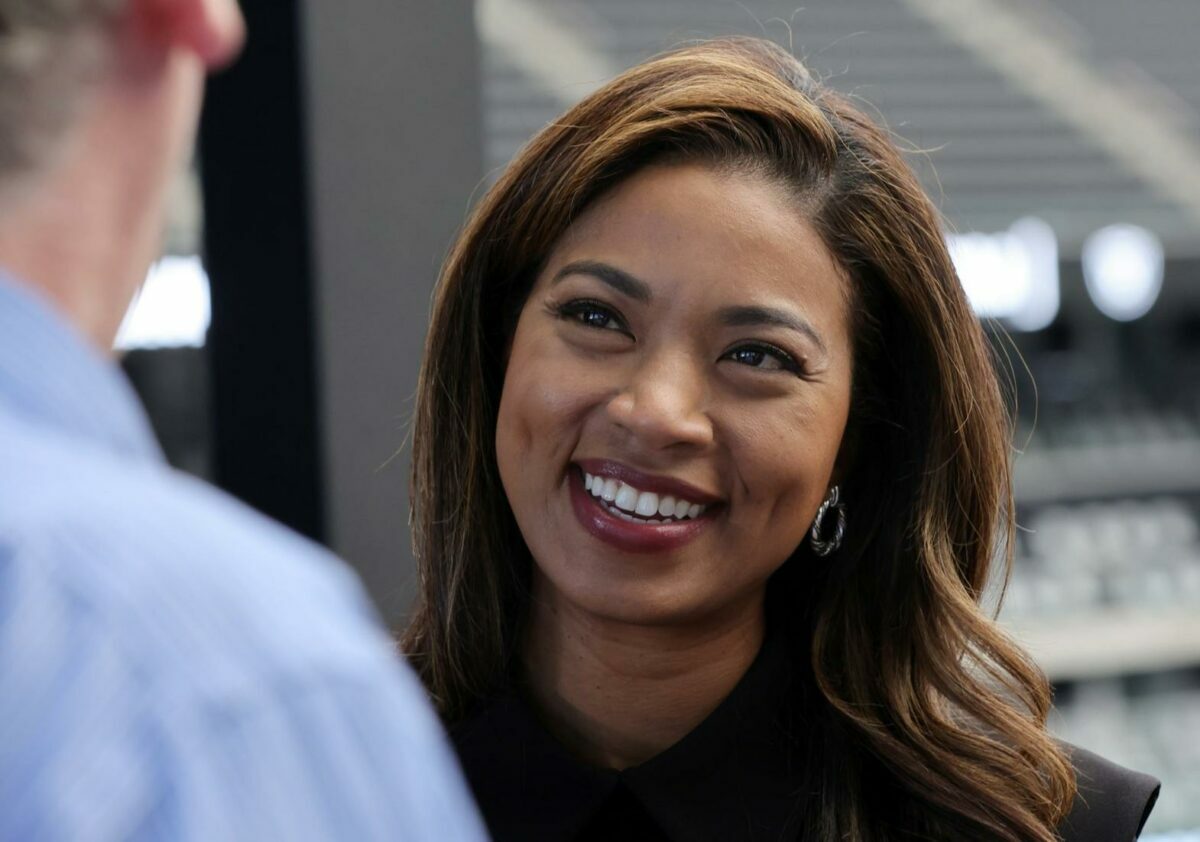 Here are 10 top headlines from the world of sports to know this Sunday.

In advance of today’s men’s final match at Wimbledon, everyone seems to be expecting drama. That’s because Australian “bad boy” Nick Kyrgios will meet Serbian “bad boy” Novak Djokovic in their third career head-to-head matchup. As the New York Times notes, Kyrgios won the first two. And this is his first Grand Slam singles final. So he’s got a lot to prove.

Djokovic is certainly the favorite (it would be his seventh Wimbledon title) – but the tennis world is primed for villainous behavior and possible fireworks. After all, Kyrgios has already been fined $14,000 for his various tantrums at Wimbledon (including spitting at a fan and shouting obscenities). Buckle up.

Rafael Nadal had already won the 2022 Australian Open and the 2022 French Open. So hopes were high that perhaps Wimbledon would make it three in a row. But his quest for a 23rd Grand Slam title ended on an unfortunate note.

On Thursday, Nadal withdrew from Wimbledon, citing a tear in his abdominal muscle. The announcement came after his quarterfinal victory over Taylor Fritz, which apparently aggravated the injury. Nadal’s withdrawal allowed Nick Kyrgios to advance to the final without a semifinal match. Fans had been gearing up for a Nadal-Djokovic final, which would have been one for the ages. Maybe next time.

Elena Rybakina, 23, officially of Kazakhstan (although she is Russian and lives in Moscow, she chose in 2018 to begin playing for another nation) is the new women’s Wimbledon champion. It was only her second time at the fabled tournament, and her first win.

And yet even in victory, she’s far from a fan favorite. Described as having a “poker face,” her demeanor throughout the tournament was all work and no play. Humorlessly and with great skill, first she felled Zheng Qinwen, and then beat two former Grand Slam champions. On Saturday, she took down Wimbledon darling Ons Jabeur. Rybakina smiled for the first time during the entire tournament after her victory.

Perhaps the deflated mood of the crowd as she accepted her trophy was inevitable, given the hype and high hopes for Jabeur. She is the first Arab and first African woman to succeed at the heights of pro tennis, and her nickname among her fellow Tunisians is “the Minister of Happiness.” Given the lack of expression on her opponent’s face after her tournament victory, Jabeur noted “I need to teach her how to celebrate.”

At 61-24 as of this posting, the New York Yankees remain far and away the best team in baseball. They lead the AL East by 15 games (the Boston Red Sox are in second place). The Houston Astros and LA Dodgers are currently tied for second-best MLB team. Having fallen from second place, the New York Mets are currently at 53-32, making them number 4 in the league.

The pinstripes’ Aaron Judge maintains the MLB lead for most home runs of the season at 30. He became the first hitter to reach 30 homers this season during the Yankees’ 16-0 rout of the Pittsburgh Pirates on Wednesday, and Vegas rates him as the odds-on favorite for AL MVP.

Anxious fans want to know if he’s going to be on the Yanks’ roster after this season, but no word so far. Yankees chairman Hal Steinbrenner would neither confirm nor deny that negotiations with Judge are ongoing.

In other AL news, Seattle Mariners’ rookie Julio Rodríguez became the fastest player to reach 15 home runs and 20 stolen bases in his career, achieving the milestones in just 81 games.

The New York Mets (53-32) have recovered some momentum after a few speed bumps. They lead their division by 2.5, followed by the Atlanta Braves. They remain in second place in the NL, behind the LA Dodgers (55-29).

The Mets’ Max Scherzer struck out 11 hitters and allowed only 2 hits against the Cincinnati Reds in his return this week after seven weeks on the IL. His next big test comes tomorrow, when he starts in a road game against division rivals the Atlanta Braves.

The Mets’ other ace, Jacob deGrom, is progressing through his rehab stint. Last week he moved up to pitching for Triple-A Syracuse. If things go as planned, he’ll return to the Mets after the All-Star break.

Speaking of which, the MLB All-Star Game is less than two weeks away –the Midsummer Classic is scheduled for July 19 at Dodger Stadium in LA.

This week, MLB announced the starters for all positions on the American League and National League All-Star teams. As we previously reported, Yankees outfielder Aaron Judge and Braves outfielder Ronald Acuna Jr. were the top vote-getters.

Among the newly-announced starters for the AL are Yankees’ outfielder Giancarlo Stanton. The Houston Astros’ Jose Altuve. And the LA Angels’ Mike Trout and Shohei Ohtani.

In the NL, starters include the LA Dodgers’ Mookie Betts and the Padres’ Manny Machado. Somehow, the New York Mets were snubbed. What????  Pete Alonso and Starling Marte were runners-up for their respective positions in the fan vote tally.

The remainder of the roster will be named later today during the All-Star Selection Show.

7. Harden is staying in Philly

CBS Sports reported on Friday that James Harden will re-sign with the Philadelphia 76ers – but with a pay cut. It’s a two-year deal with a player option in the second season, and represents a $15 million pay cut from the $47.3 million max salary he could have earned for this season.

Back in Brooklyn, there’s lots of speculation about where Kevin Durant (KD) will be playing in the upcoming season. He wants out but its a very complicated matter for the Nets to put together a trade.

This week, the San Jose Sharks hired Mike Grier to become the team’s general manager, making him the first Black man in NHL history to have that role. Grier, 47, played 14 seasons in the NHL, most recently in 2010-11. Over the course of his career, he played for the Oilers, Capitals, Sabres and Sharks – and played over 1,000 career games.

The same week, the Las Vegas Raiders make another historic hire, naming Sandra Douglass Morgan (our cover star this week) as the NFL’s first Black female president. Morgan previously served as the chairwoman of the Nevada Gaming Control Board.

The Cleveland Browns have traded quarterback Baker Mayfield to the Carolina Panthers in a deal being applauded in Carolina and fretted over in Cleveland.

The Browns will pay $10.5 million of Mayfield’s $18.85-million salary; Carolina will pick up $4.85 million, and Mayfield converted the rest to incentives. Should Mayfield be named starter (his competition is Sam Darnold), his first game as a Panther will be against the Browns in Week 1.

The head-scratching in Cleveland is that somehow they’ve gone from having two quarterbacks to potentially zero quarterbacks. That’s because their big deal for Deshaun Watson could look a lot less consequential if he’s suspended by the NFL for a season due to charges of domestic violence. Who’s their starter if he can’t play?

Well, there’s one experienced QB left out there: the San Francisco 49’ers’ Jimmy Garoppolo. Trey Lance is set to be San Francisco’s starter – so perhaps Jimmy G can be a solution for the Browns. Stay tuned.

10. Woods is preparing for The Open Championship

Tiger Woods is in the midst of preparing for The Open Championship, which starts next week on the Old Course at St. Andrews in Scotland. Woods won the iconic competition in 2000 and 2005. Given all the turmoil in pro golf at the moment, lots of fans are just savoring the idea that a star and sentimental favorite like Woods is gearing up to play in the 150th edition of the world’s oldest significant golf tournament.

That’s our take on the big sports news headlines and major events, and a preview of the week ahead, including what to know about football, tennis, baseball and more. Stay well and safe out there, dear reader. See you next week.