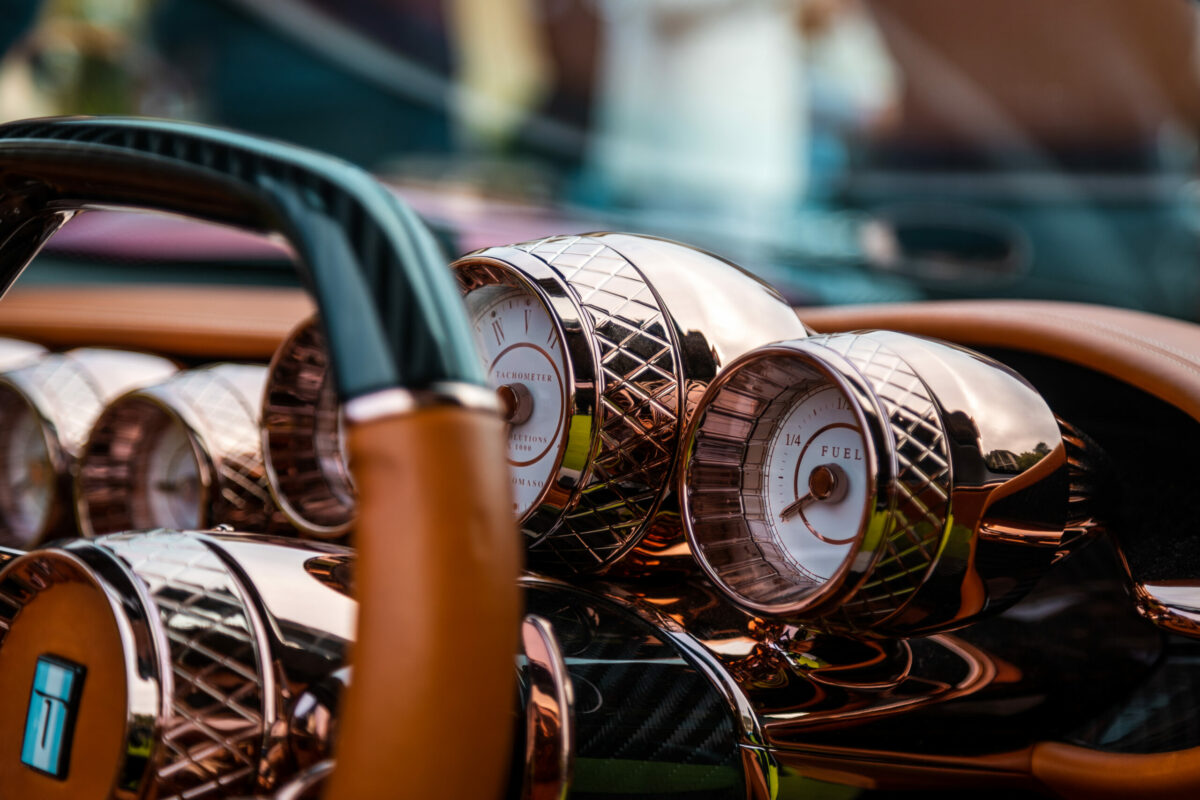 Our Luxury Calendar provides a comprehensive overview of the top events unfolding around the world every month. Some are micro-luxuries (like a really good book) and others are on a grand, epic scale. Personally, if schedules and money were no object, and we could do anything we’d like, here are our top picks for what to do: the 25 best luxury events and experiences in the world in August 2022. Consider it your luxury events calendar of the can’t-miss events in fashion, art, music, sports, travel and culinary arts in the month of August 2022.

luxury calendar: how to have a brilliant august

What to do in August 2022? Well, dear reader, August is shaping up to be stellar. For three nights across France, les nuits des étoiles will encourage contemplation of the night sky. There’s terrestrial as well as celestial fun on the docket: Copenhagen Fashion Week, the 75th Maine Lobster Festival and sunflowers; vacations, action packed thrillers like Bullet Train hitting the big screen, juicy beach reads and pink G&T’s. There’ll even be College Football! From Jazz On The Vineyard and Edinburgh International Festival to classic cars in Pebble Beach, the U.S. Open and the new Aman New York – there’s potential joy all around.

It’s also the last full month of summer – if you haven’t already, it’s high time to find your summer love.

This is a big month for us – we’re celebrating our sixth birthday here at Dandelion Chandelier on August 1st. One year older, one year wiser. We can’t wait to make a wish.

It’s hard to narrow the list down to just the top 25 picks in the world of luxury in August 2022, but here goes.

the best events in the world of luxury in august

One of the most notable art fairs in August is in Japan. The 5th edition of the Aichi Triennale will be titled “Still Alive” and was inspired by a series of works entitled I Am Still Alive by the Aichi-born conceptual artist On Kawara – through Oct 10

At Pipilotti Rist’s first solo exhibition in Hong Kong dubbed Behind Your Eyelid, viewers will enjoy more than 45 pieces of the Swiss media artist’s iconic works from the past 30 years. This includes her early single-channel videos with their tongue-in-cheek humor, as well as large-scale moving-image installations and sculptural works that merge video and everyday objects – Aug 3 – Nov 27

Copenhagen Fashion Week will see a number of Nordic brands showing their Spring Summer 2023 collections. They include Stine Goya, Stand, Holzweiler and By Malene Birger – Aug 9 – 12

The top 25 events on the luxury calendar around the world for August 2022: Copenhagen Fashion Week. Courtesy Photo.

Building on the concepts of dopamine dressing and Barbiecore, Colorful World ($30) by Mira Mikati delivers the rainbow-splashed celebration we are all seeking after a year of pandemic fatigue and lockdown blues – Aug 31

The Philadelphia-based BlackStar Film Festival has been showcasing the work of black, brown, and Indigenous artists for a decade. With more than 76 films online and in person, highlights include Jasmine is a Star about a 16-year-old with albinism on a mission to become a professional model and The Spirit God Gave Us, a love story about the intersection of faith and queer love – Aug 3 – 7

Based on a novel by Japanese writer Kōtarō Isaka, Bullet Train follows an assassin (Brad Pitt) trying to give up his life of killing who is tasked with retrieving a mysterious briefcase on a bullet train full of other assassins looking to do the same – Aug 5

Seven years after George Miller released Mad Max: Fury Road, he’s back with… a romantic fantasy. Three Thousand Years of Longing centers around a scholar in Istanbul who encounters a djinn who offers her three wishes in exchange for his freedom, with unexpected consequence – Aug 31

The top 25 events on the luxury calendar around the world for August 2022: Three Thousand Years of Longing. Courtesy Photo

The oldest film festival in the world, The Venice Film Festival, returns for its 79th year. White Noise by Noah Baumbach and starring Adam Driver and Greta Gerwig will open the event – Aug 31 – Sept 10

BBC Proms is back at London’s Royal Albert Hall. Highlights of this year’s summer season of daily orchestral classical music concerts include Superstar pianist Yuja Wang joining the Oslo Philharmonic in their first ever Proms appearance (Aug 12) and a presentation of The South African Jazz Songbook (Aug 28) – through Sept 11

The top 25 events on the luxury calendar around the world for August 2022: BBC Proms. Courtesy Photo

One of the most glamorous music festivals of August, the Monte-Carlo Summer Festival, continues. This month there are performances by Simple Minds (Aug 3) and Gianna Nannini (Aug 7) – through Aug 11

15. jazz on the vineyard

Jazz On The Vineyard celebrates its 11th year, featuring Will Downing – Aug 13

Pebble Beach and the Monterey Peninsula in California is the center of the motoring universe with the arrival of Pebble Beach Automotive Week, culminating with the 71st Pebble Beach Concours d’Elegance. It’s not a contest of speed, but of elegance. Automobiles are judged for their style and technical merit, as well as their history, their originality and the accuracy of their preservation or restoration – Aug 21

The top 25 events on the luxury calendar around the world for August 2022: Pebble Beach. Courtesy Photo

In what is unquestionably the best event in tennis in August, the last Major of the year takes place in Flushing Meadows, Queens at The U.S. Open – Aug 29 – Sept 11

Best known for its elegant resorts set amid breathtaking landscapes all over the world, the luxury hotel brand Aman is opening its first ever hotel in New York City. Located in the historic Crown Building on 57th Street and Fifth Avenue, Aman New York will feature 83 elegant rooms and 22 residences – Aug 2

What to do in the world of luxury in August 2022: Aman New York. Courtesy Photo

Still looking for a spot to stay in The Hamptons? Try Canoe Place, located in Hamptons Bay. Even though this Inn has been around since the 17th century, the newly restored property will offer an effortless blend of both history and luxury

10 crochet designer dresses and skirts for a top fashion trend

What do you get when you mix 20,000 pounds of lobster, a sea goddess coronation, top notch entertainment, an international crate race, fine art, cooking contests and more? The Maine Lobster Festival. This year marks the 75th year of this annual Rockland tradition – Aug 3 – 7

What to do in the world of luxury in August 2022: the Big Feastival. Courtesy Photo.

August 1 is Swiss National Day, which commemorates the founding of the Swiss Confederation in 1291. Expect fireworks, speeches, and special bread rolls with a small Swiss flag on top. August 9 is National Day in Singapore, commemorating independence from Malaysia in 1965; there’ll be parades, dances and a spectacular fireworks show over Marina Bay in the evening.

Stargazers of the world will be out in force this month. For three nights, August 5 – 7, les nuits des étoiles, (“night of stars”) will be held all over France; over 300 events will invite both amateurs and certified astronomers to contemplate the planet Mars, “the little sister of the Earth.”

In one of the best luxury events this August, the summer night will be alight. On August 16th in Nyoigatake, near Kyoto, at the Kyoto Gozan Okuribi (Daimonji Bonfires), five giant bonfires are lit on mountains surrounding the city at dusk. They burn for about half an hour as a form of prayer and seeing off the souls of the departed for the Okuribi people.

Despite it being the high season for summer vacations, there are a few elite gatherings that le beau monde will be stopping in this month. Luxurious rebellion unfolds at Burning Man in Nevada – Aug 28 – Sept 5. – Attendees build a temporary metropolis, Black Rock City, before sending it all up in flames. This year’s theme is “Waking Dreams.”

In addition to all of that, August 1st is National Girlfriends Day, the day on which we are to take the time to show our baes, BFFs and besties how much we love them; August 25th is National Kiss and Make Up Day (a potential do-over for those who blew it on the 1st).

August 26th is Women’s Equality Day – the day women achieved the right to vote in the US in 1920 and a chance to celebrate women leaders in every field of endeavor.  August 26th is also National Dog Day. It is a day “for people to recognize the importance of dogs and how they impact their lives on a daily basis.” Maybe a luxury doggie gift is in order?

what to do to have true luxury experiences in august 2022

That’s it. Our luxury calendar of the best luxury events and true luxury experiences in August 2022. What are you most excited about?